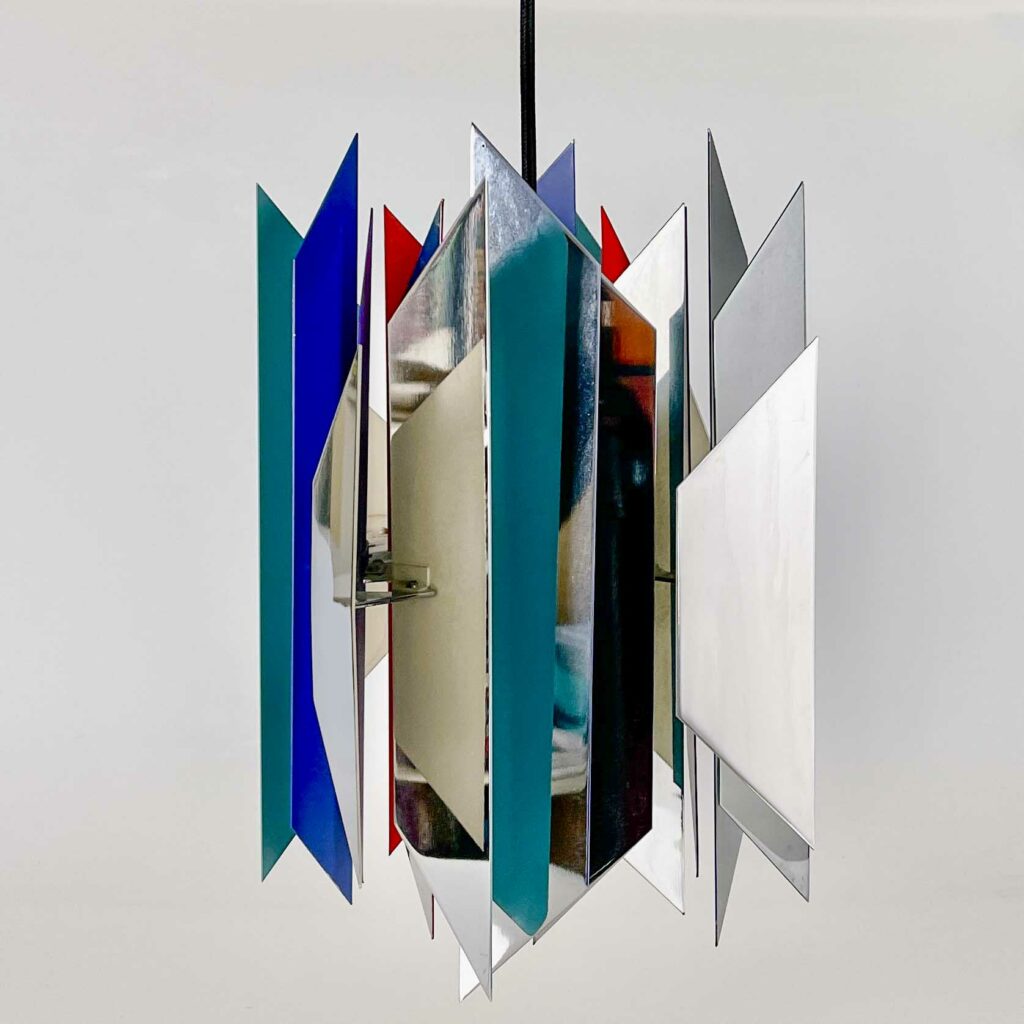 A vintage “Divan II” pendant. Designed by Simon P. Henningsen in 1962 and and executed by Lyfa, Denmark circa 1970. 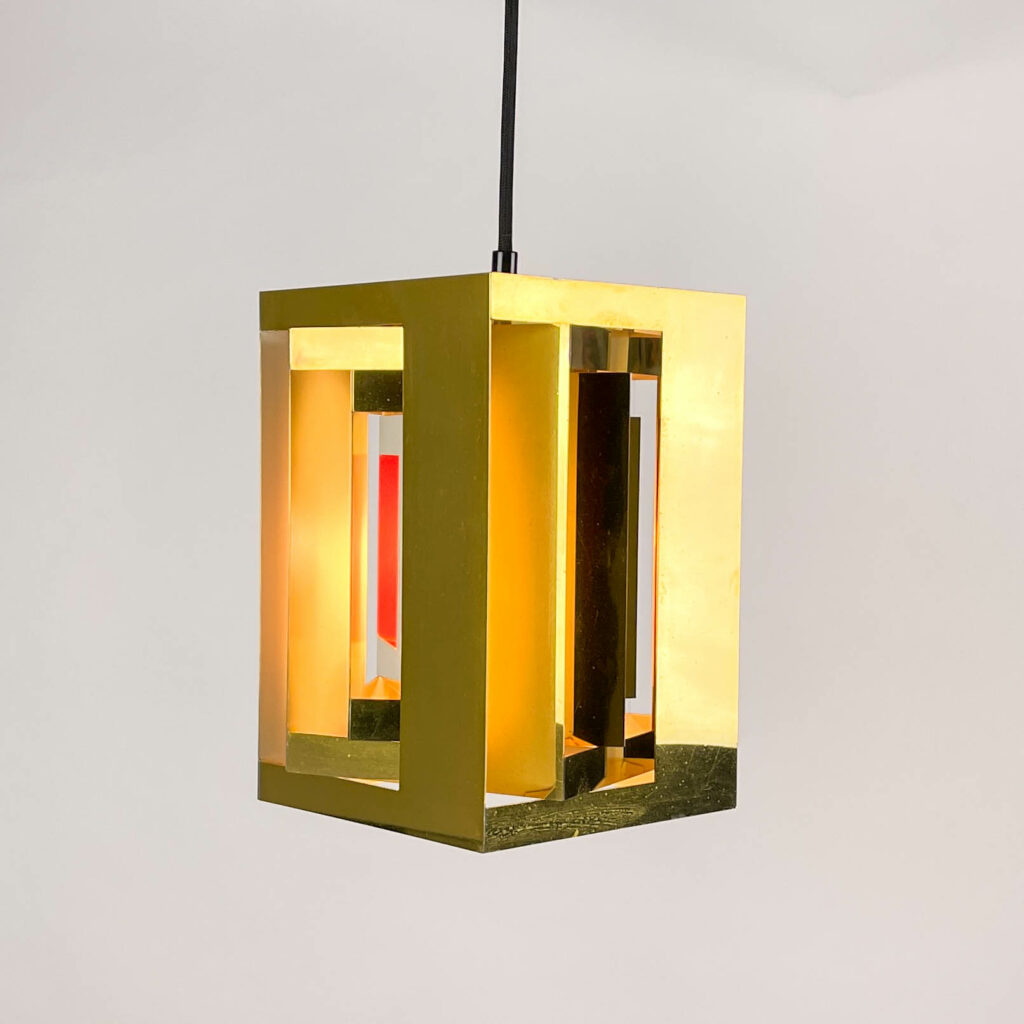 “Cassablanca” or “Kassablanka” pendant. Designed by Simon P. Henningsen in 1964 and and executed by Lyfa, Denmark circa 1970. 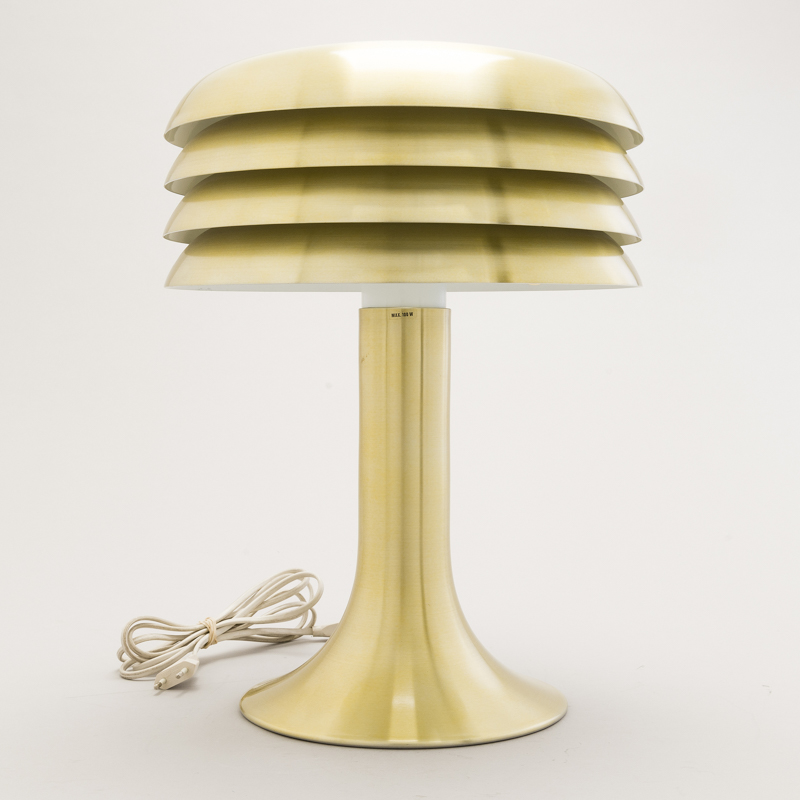 Brass coloured aluminium tablelamp, model BN-26, designed by Jakobsson in the 1960’s and produced by AB Hans-Agne Jacobsson Markaryd ca. 1970-1980. This tablelamp is in good overall condition, minor wear consistent of age and use. The lamp is in working condition. 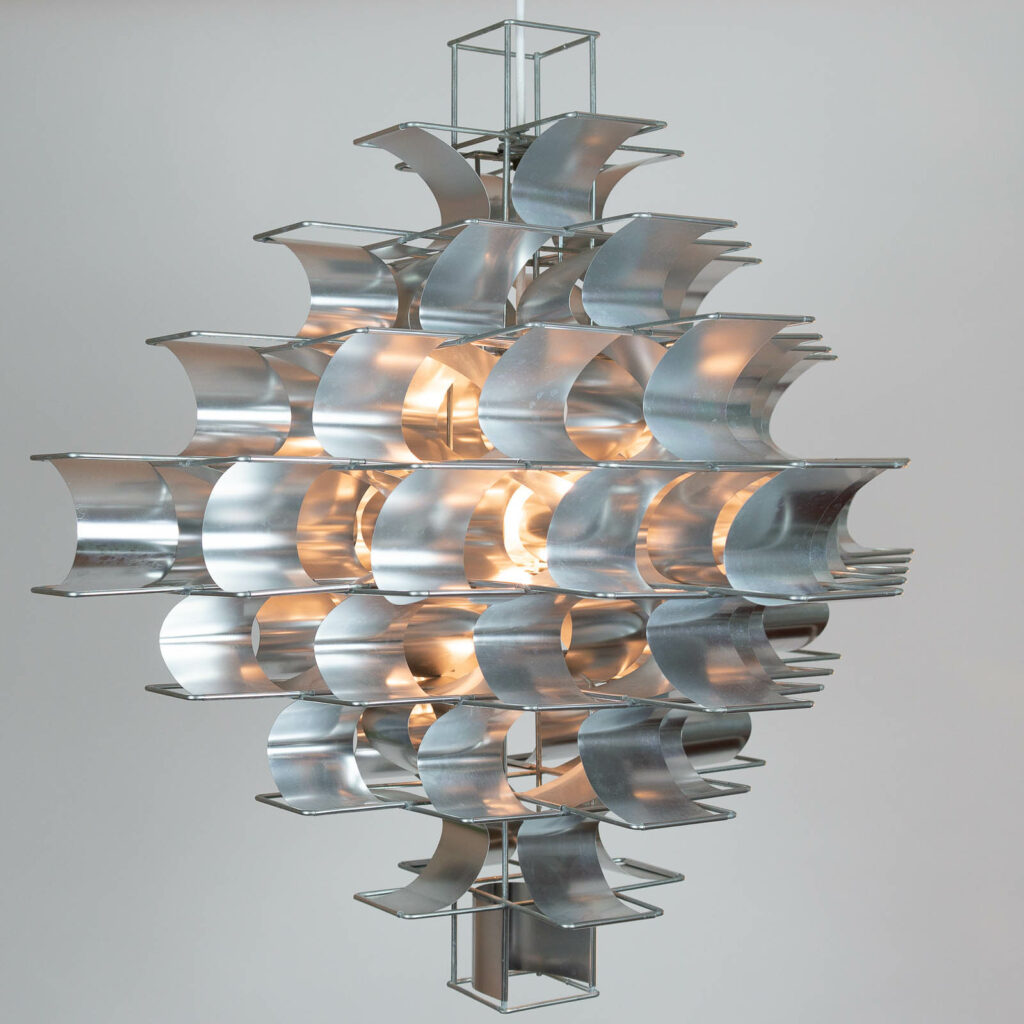 An aluminium and steel chandelier “Cassiopé”, designed in 1969 by Max Sauze and produced by Atelier Sauze in the 1970’s. Originally this chandelier was designed for the Congress Center in Aix en Provence. The Cassiopé is commercially produced in two sizes, this being the largest size one. 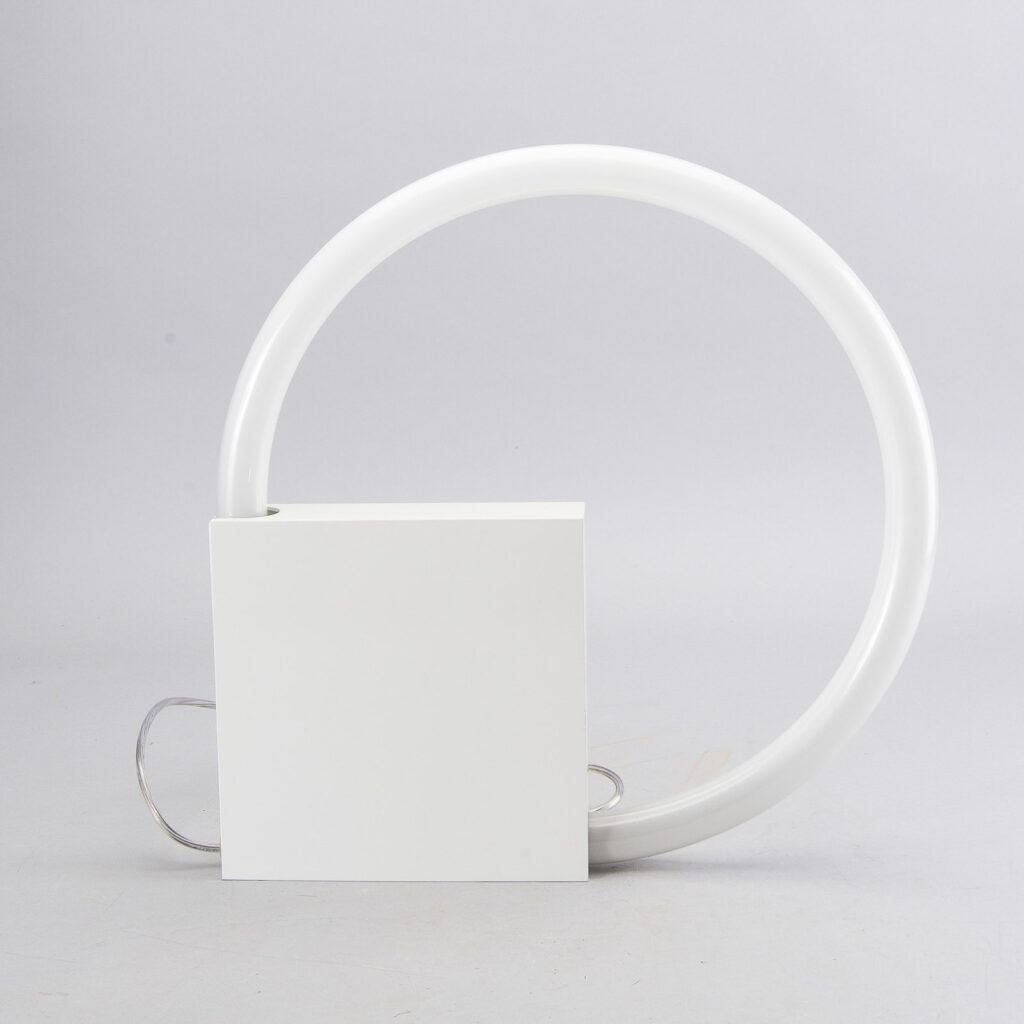 A lightsculpture “Circellamp”, model TC6 designed by Aldo van den Nieuwelaar in 1968, executed by Boops in 2008. This lightsculpture has been in production by various companies since its design in 1968. This particular TC6 was made by Boops in 2008. Approximately 100 pieces were produced between 2008 and 2010 when production was seized. Unlike previous productions, a pulse dimmer was added by Boops. What makes this particular object extra rare is the fact that the designer signed it underneath.