Marked underneath the base: Kaj Franck – Nuutajärvi-Notsjö. it also bears part of the original paper label. 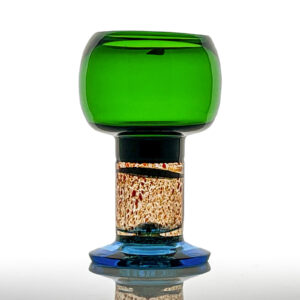