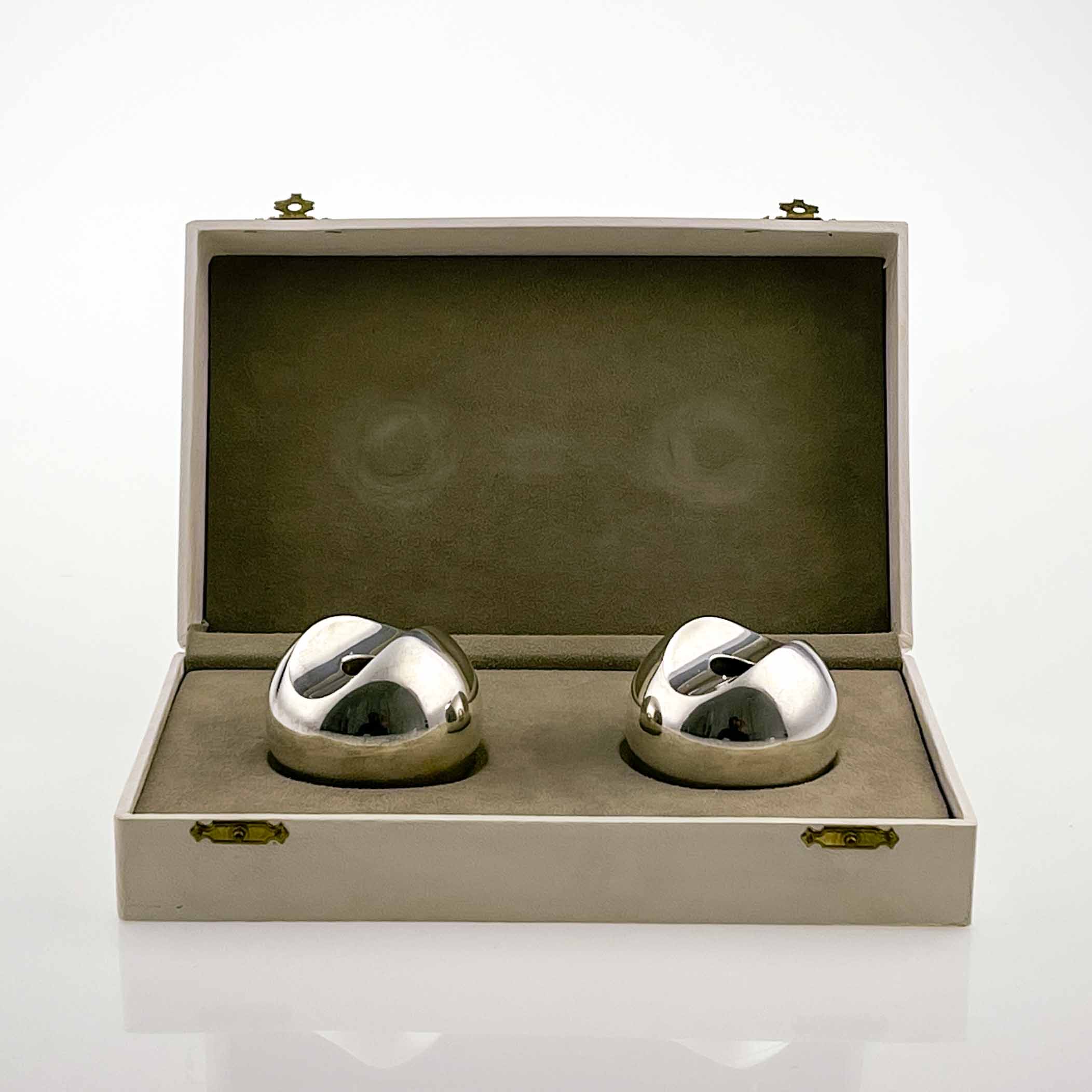 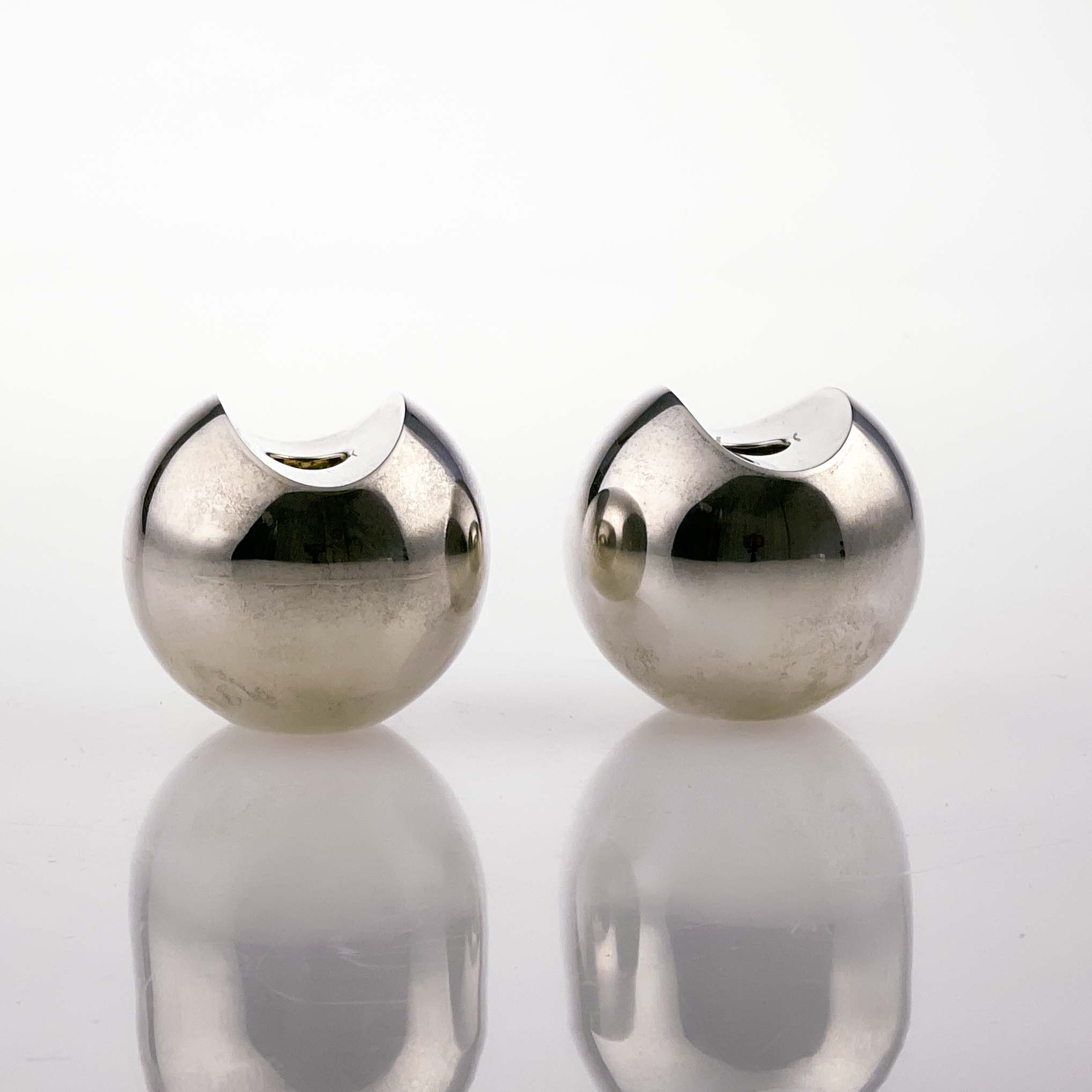 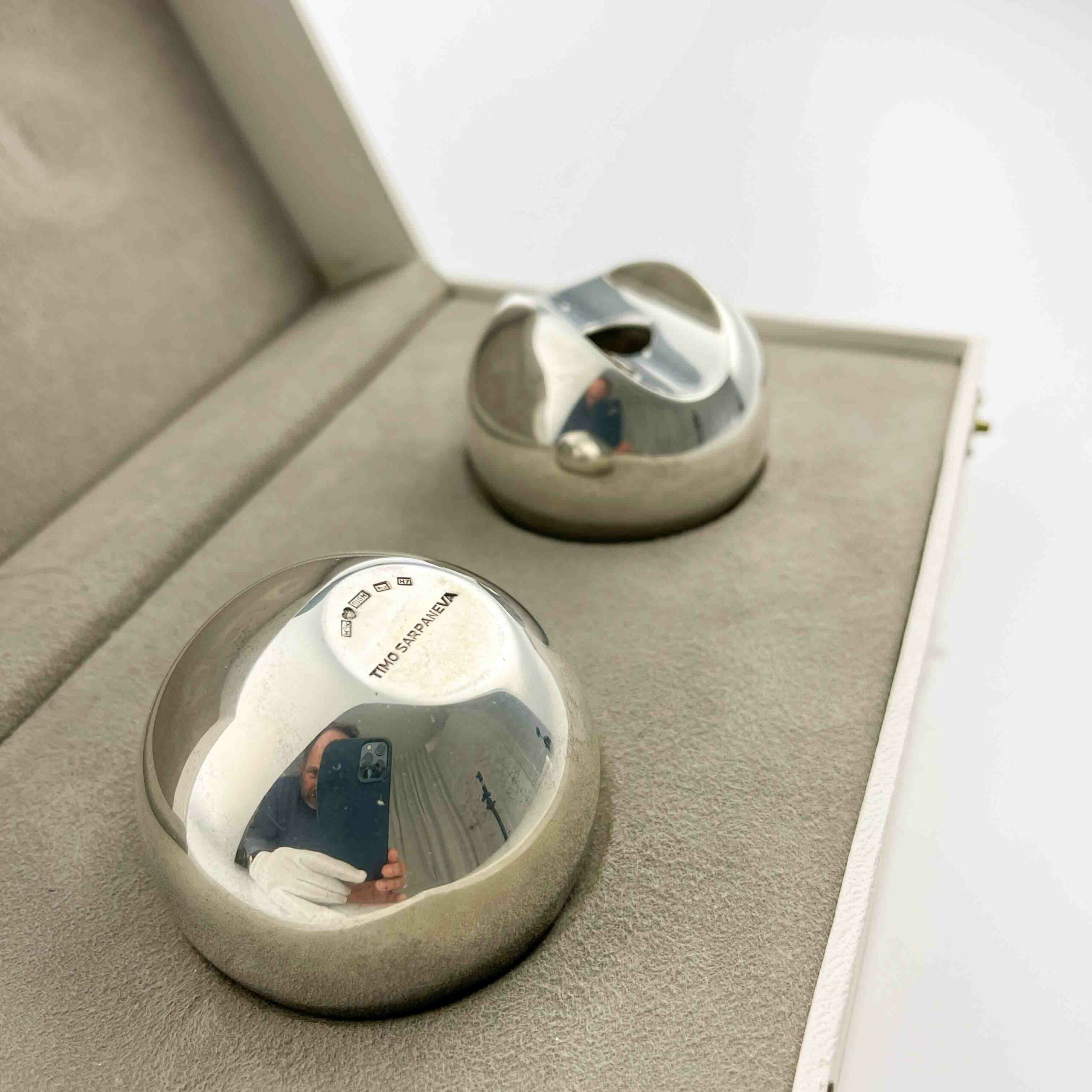 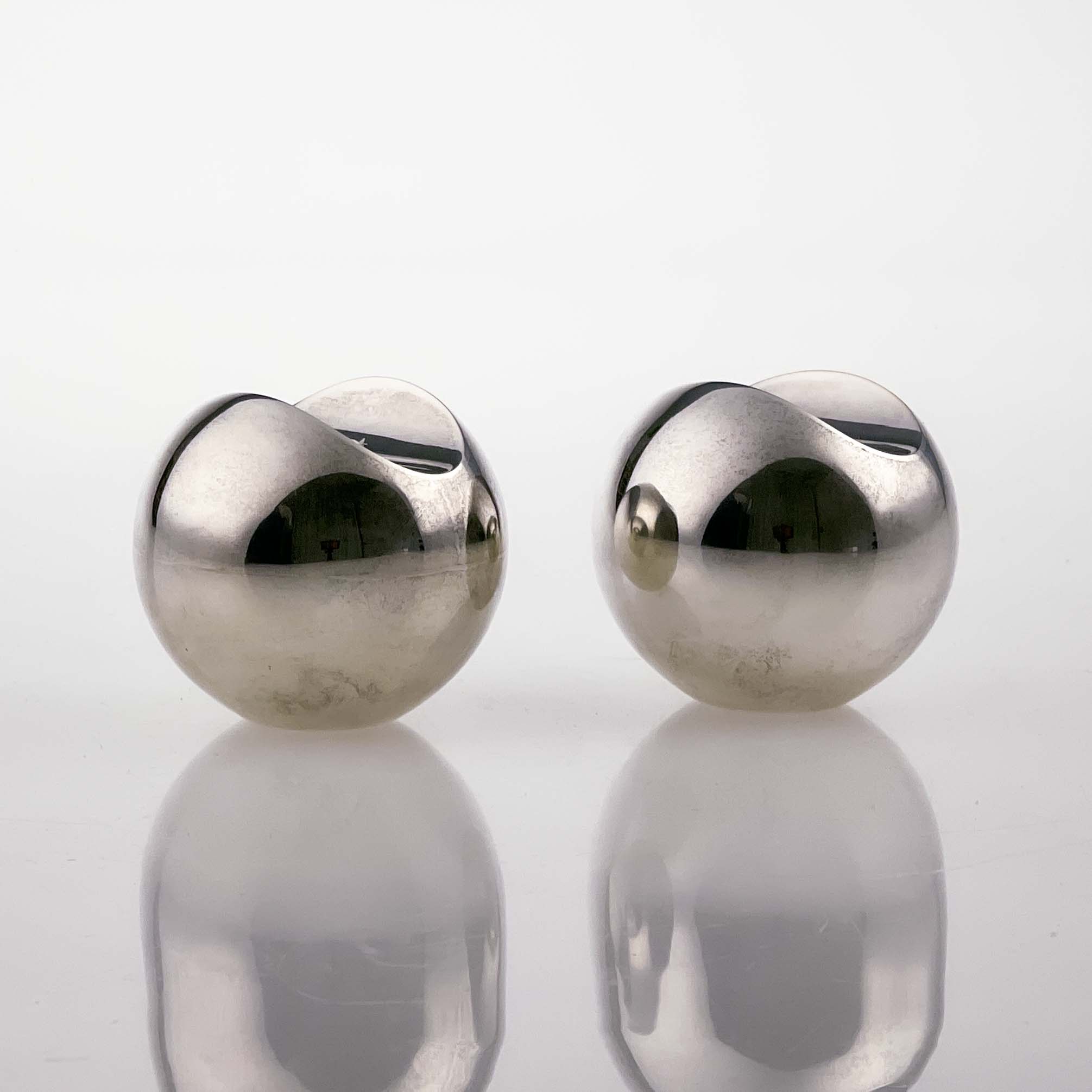 A pair of Sterling silver candlesticks or tapersticks in original packaging. Designed by Timo Sarpaneva and executed by Hopeatehdas, Helsinki in 1961.

These candlesticks and the packaging are in good vintage condittion. No dents, cracks or inscriptions. Some scratches and wear consistent with age and use.

Both candlesticks are fully hallmarked underneath the base. 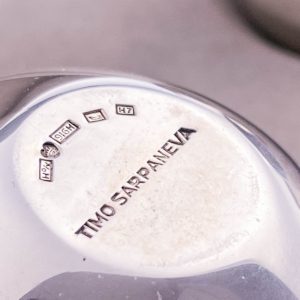