A pair of Sterling silver candlesticks or tapersticks in original packaging. Designed by Timo Sarpaneva and executed by Hopeatehdas, Helsinki in 1961. 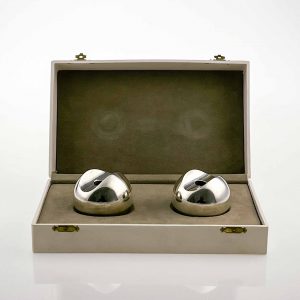