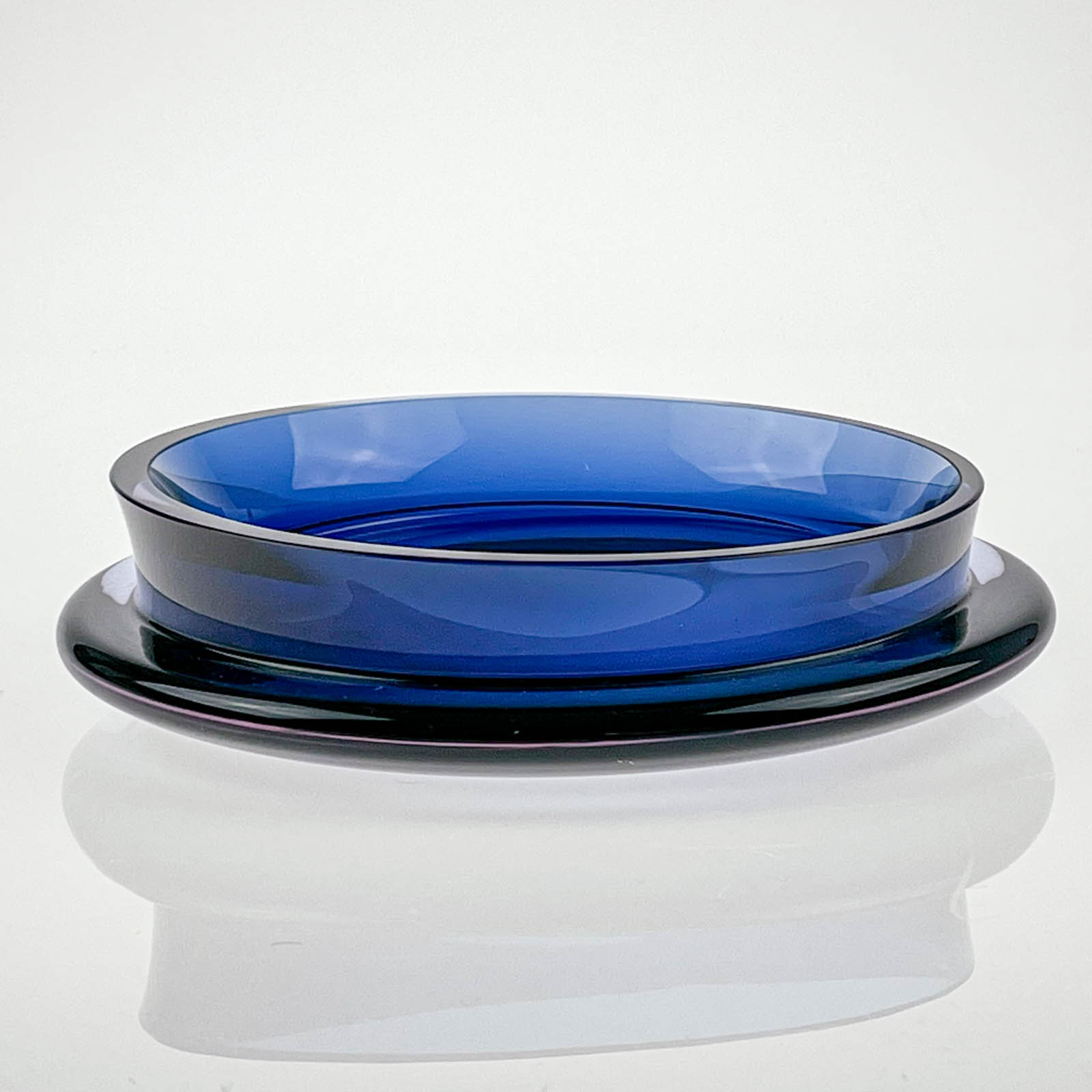 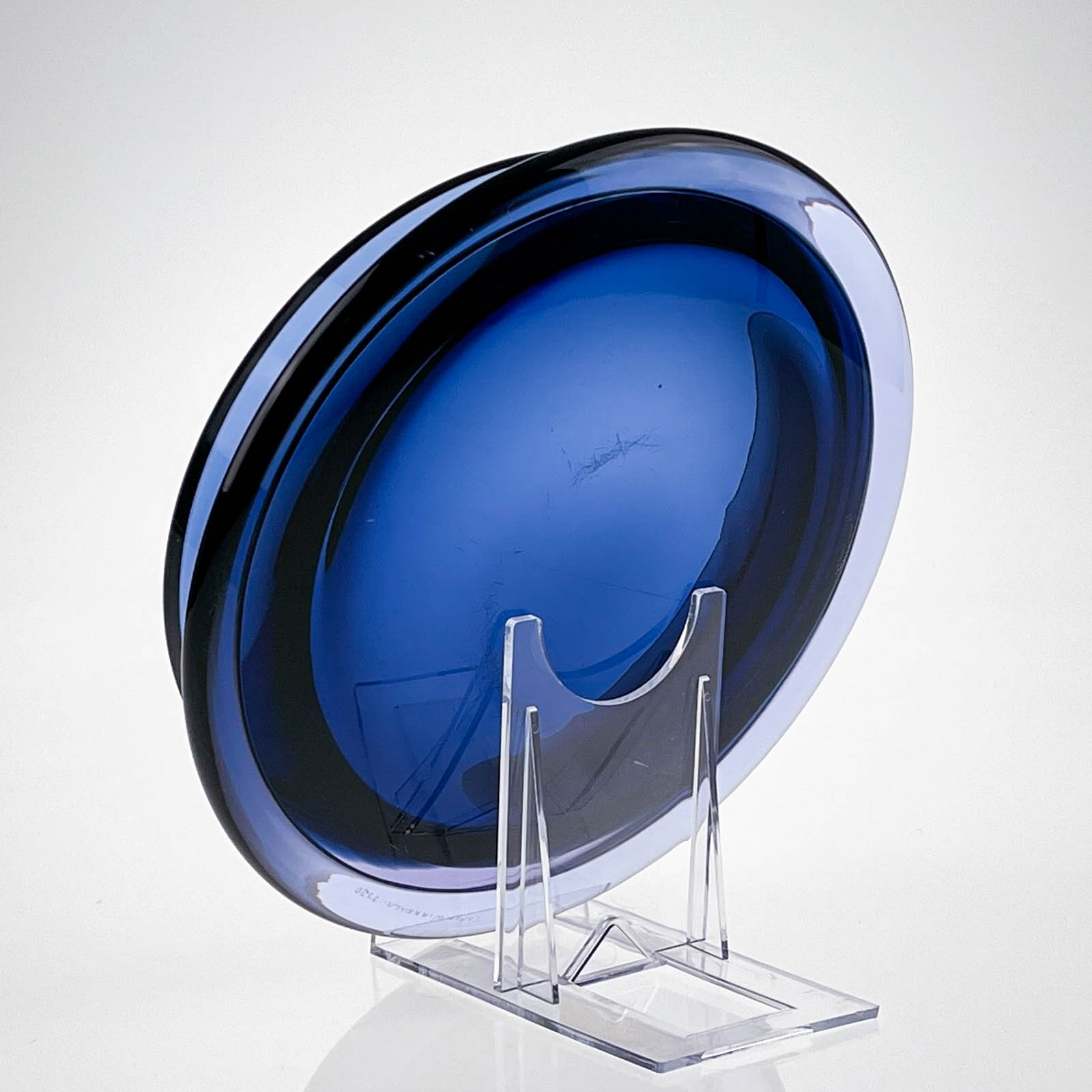 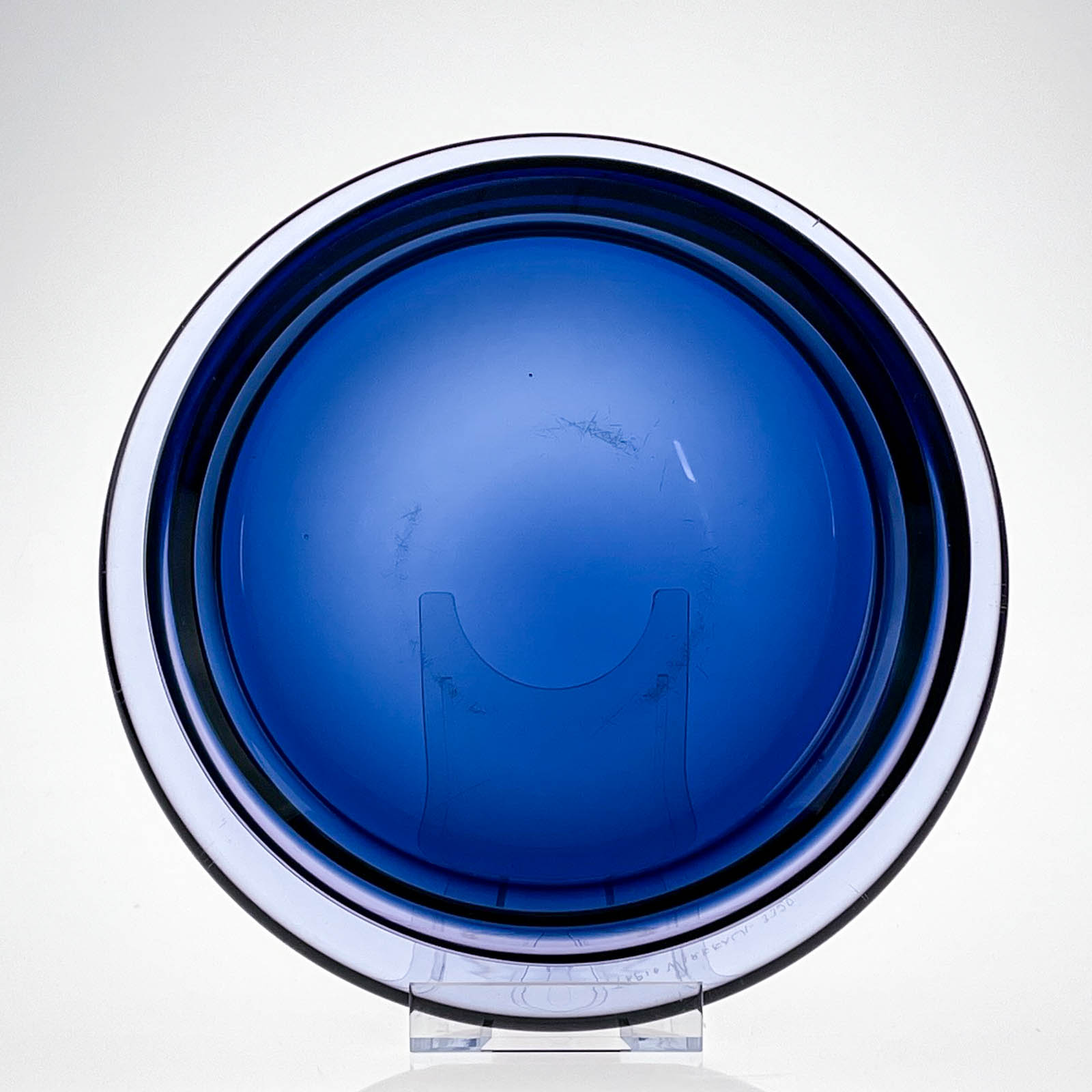 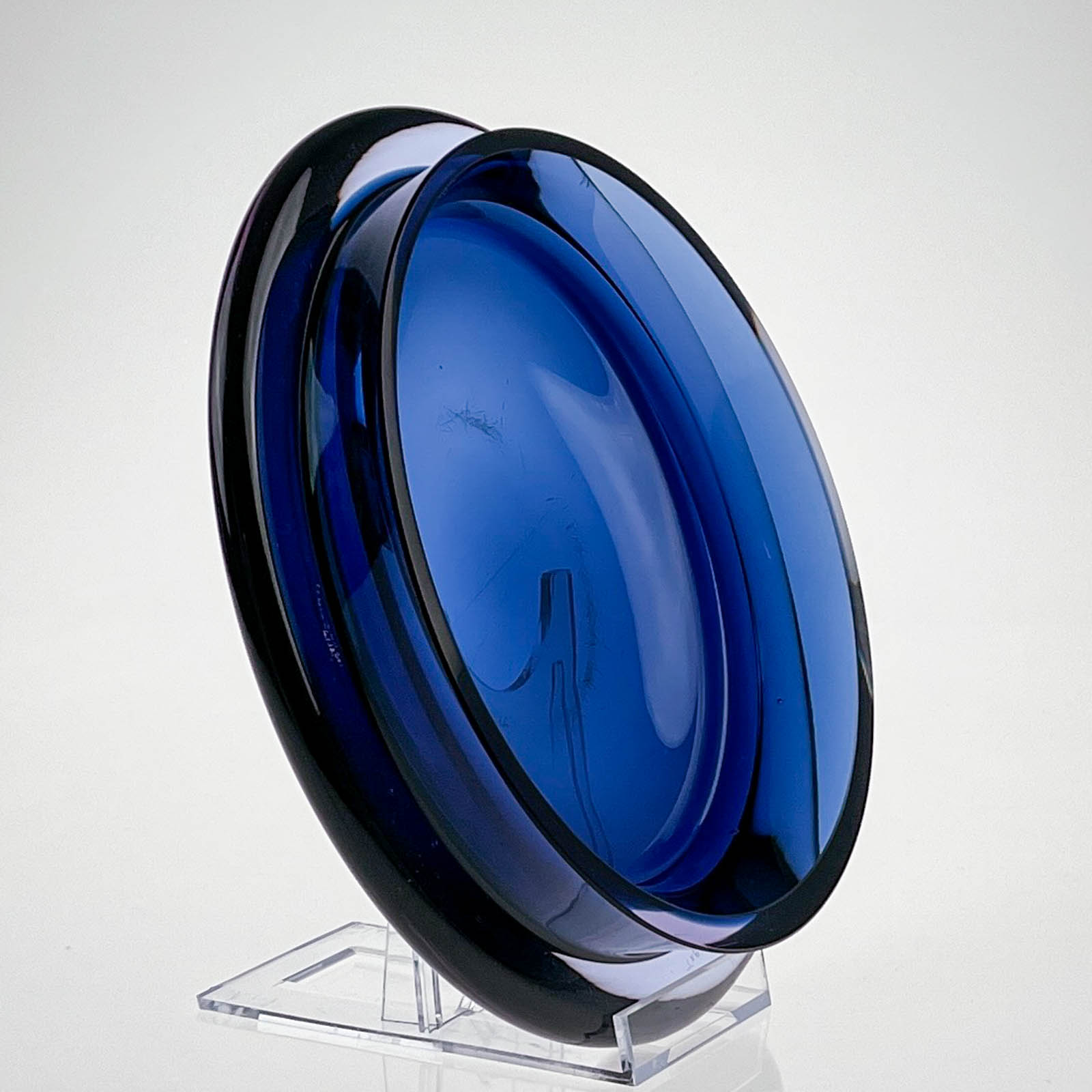 A turned-mold blown, art-object / dish, model 3320. Designed by Tapio Wirkkala in 1966 and executed by the Iittala glassworks in Neosin coloured glass between 1966 and 1969. Wirkkala 3320

This art object is model 3320 in the oeuvre of the Finnish master and was released in serial production in two sizes, namely 12,5 and 22,5 cm in diameter. This being a largest sized example.

Tapio Wirkkala (1915 Hanko, Finland - 1985 Helsinki, Finland) A giant of Finnish design, Wirkkala was an artist of great diversity for whom no material was alien and who left no area of design unexplored. Neosin Neosin

Marked in diamondpen on the rim: Tapio Wirkkala 3320 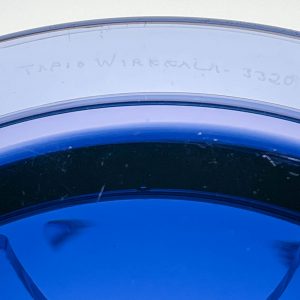 This object is in good vintage condition, some  scratches and wear consistent with age and use. No cracks or chips. The rim is slightly asymmetrical. One side is slightly higher than the other.