A unique Tempera painting on board. Painted in 1947. Professionally framed. 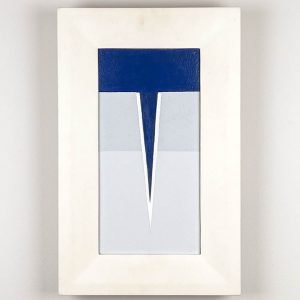