A grey-green and clear glass, turned mold blown and cut art-object, model KF260. Designed by Kaj Franck in 1960, and executed by the Nuutajärvi-Notsjö glassworks in 1962.

The glassart-object is fully signed underneath the base in diamondpen: K. Franck Nuutajärvi-Notsjö ’62 (1962) and is in very good vintage condition (no cracks or chips). 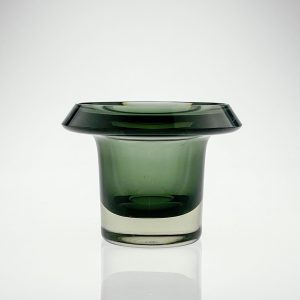