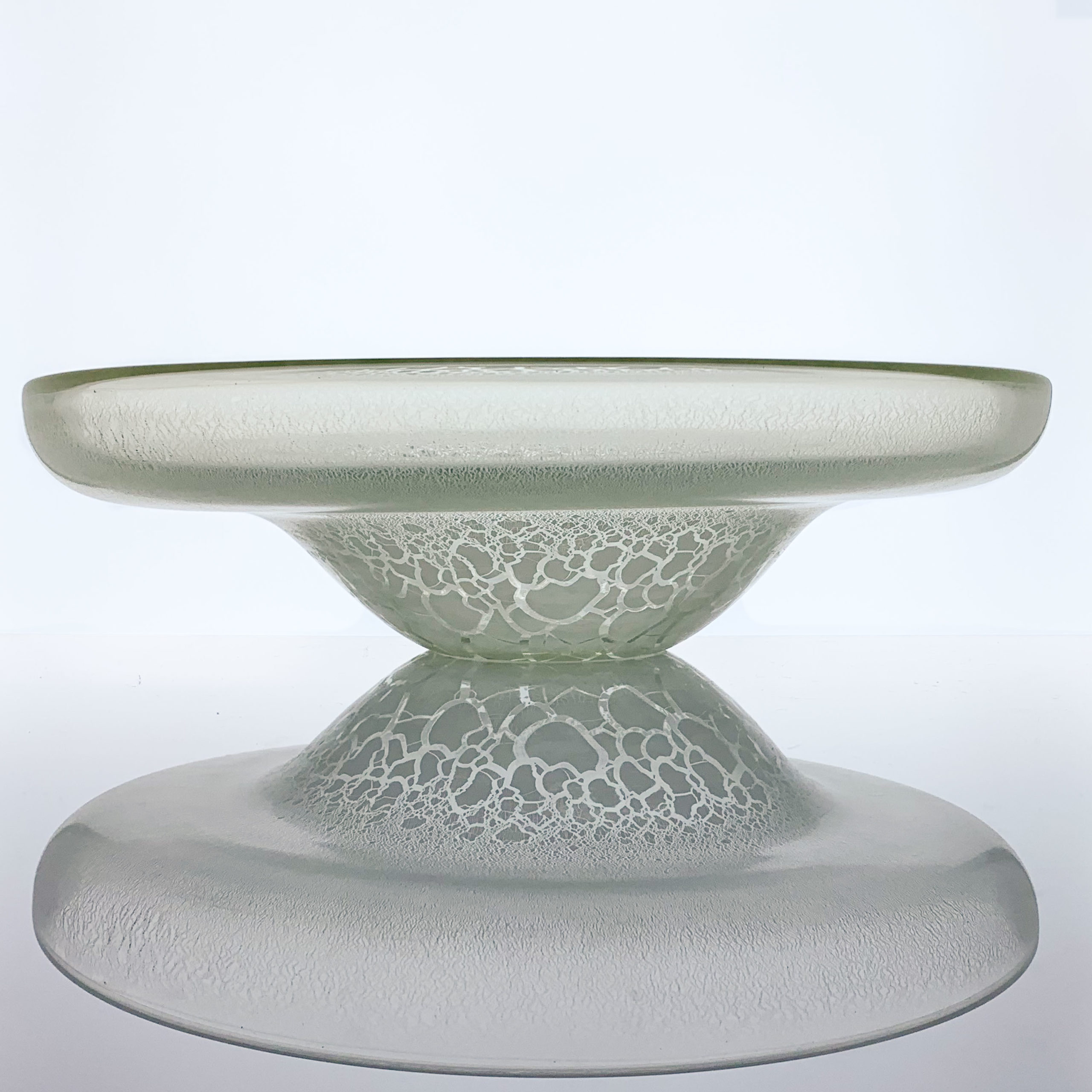 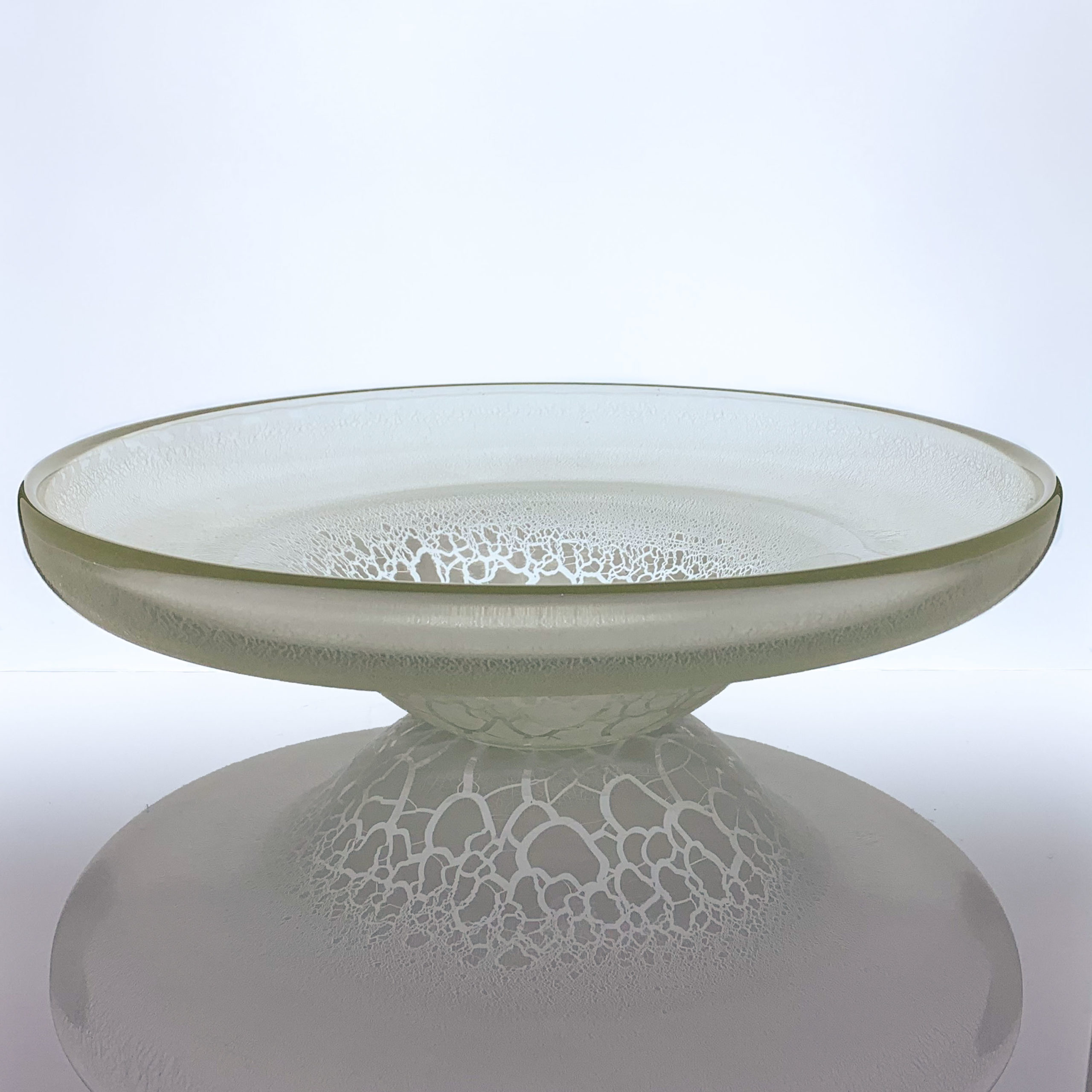 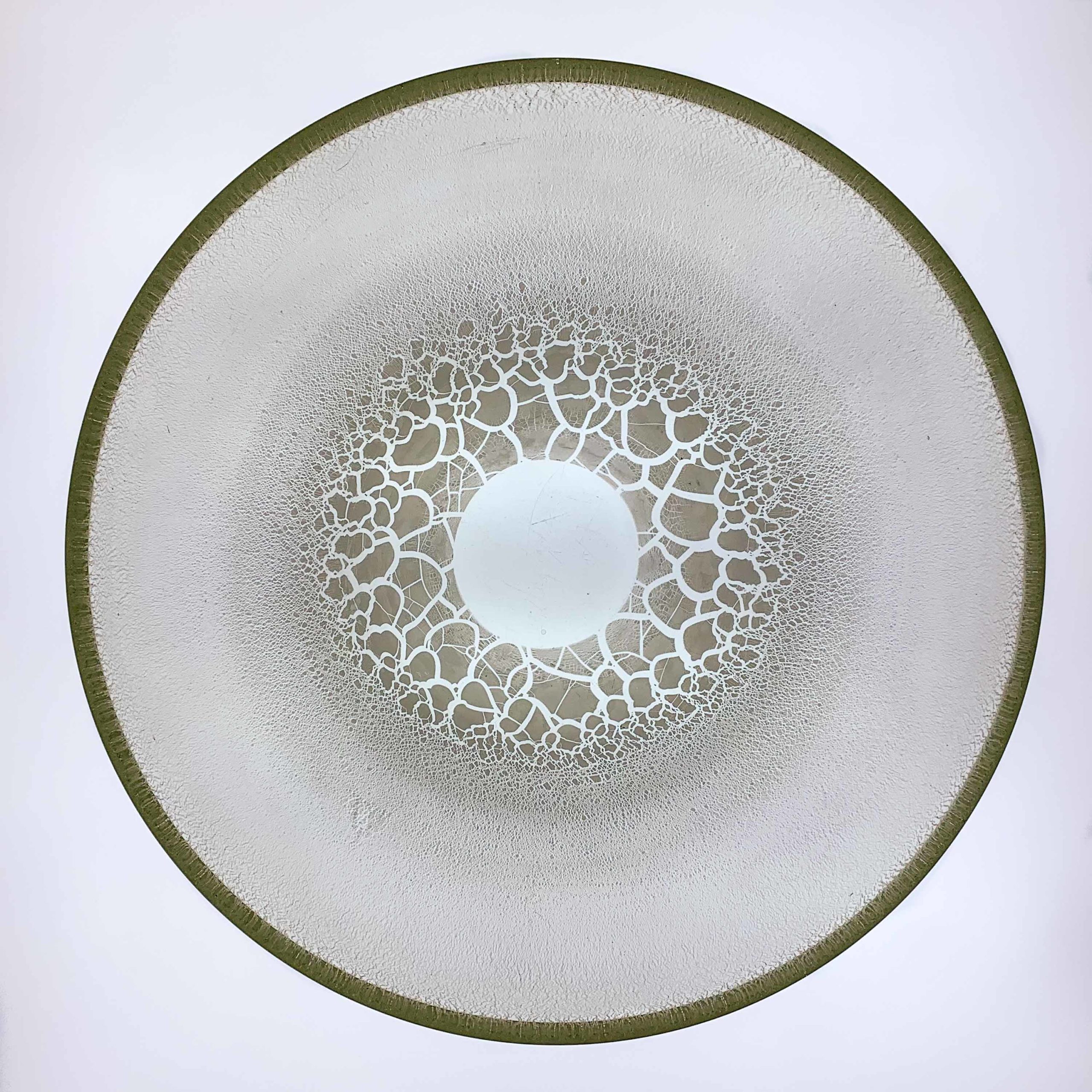 What is striking about Copier is its almost inexhaustible urge to experiment, renew and prove himself as a designer. He tries not only to invent beautiful things, but also thinks about the applicability of the design to the material.

Serica no. 64. Large clearglass with tincracquelé dish / art object, designed by Andries D. Copier between 1940-1943. Executed by the Royal Leerdam glassworks in 1946.

Leerdam Serica was the name given to short run limited edition designs usually derived from particularly successful Unica designs. Even these limited editions were expensive to produce.