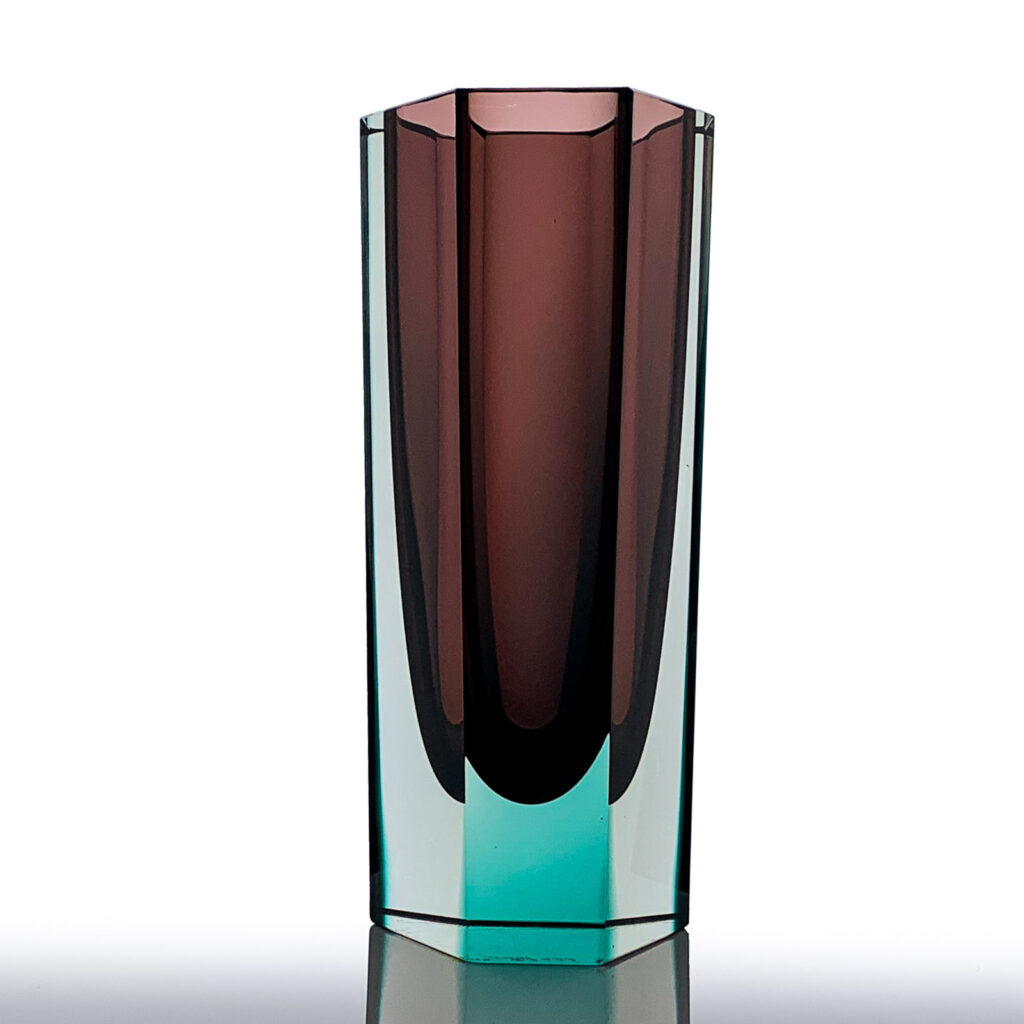 A glass Art-object “Pilari”, model KF 249, in purple, and turquoise hues. Designed by Kaj Franck in 1956 and executed by the Nuutajärvi-Notsjö glassworks, Finland in 1959. 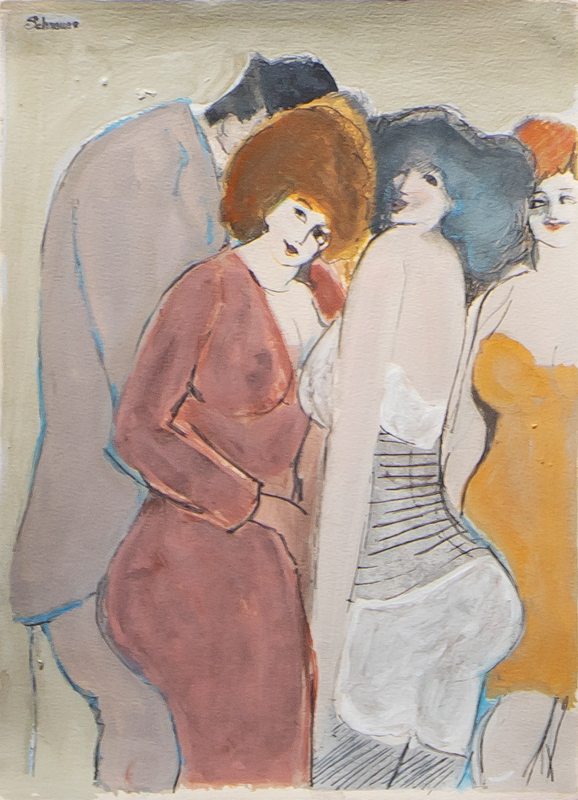 David Schneuer – Three ladies and a gentleman in – Gouache on paper, framed. The work is signed in the left upper corner, not dated. 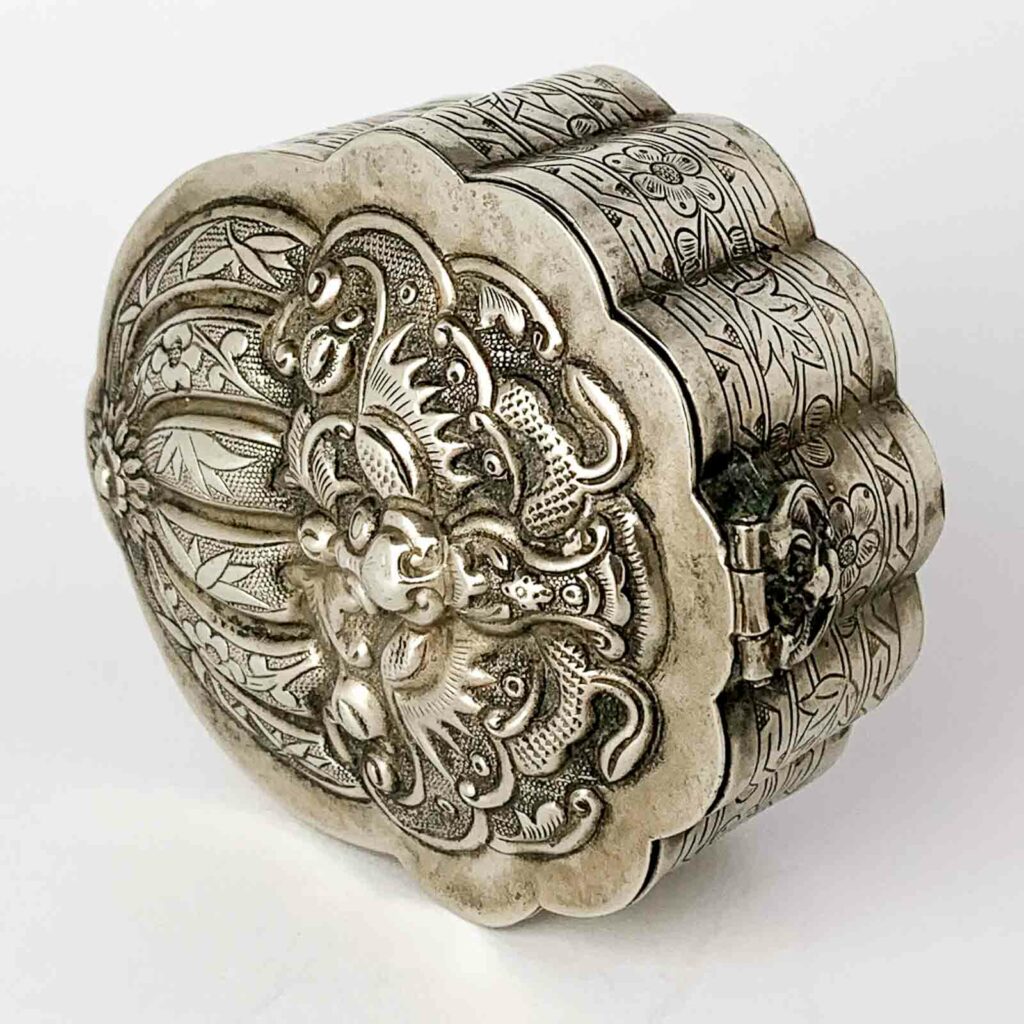 A small Chinese silver makeup-box decorated with bats and a peach. These silver boxed became highly popular in court culture during the Qing dynasty. This box is fitted with 3 compartments (for various kind of cosmetics) and has a hinged lit. On the hinge is another bat, that hangs upside down. This also has deeper meaning. The Chinese phrase of “upside down” (Dao) sounds similar to “has arrived” (Dao) again an homonym. That way the combined symbols – Fú, Tao and Dao – on this box are to be interpreted that lifelong happiness has arrived, making it a talisman, wishing the holder a long life of happiness.

The silver box bears a stamped unidentified mark. On the sides it bears an engraved frieze of stylized leaves and flowers It’s most likely made in the 2nd half of the 19th century. 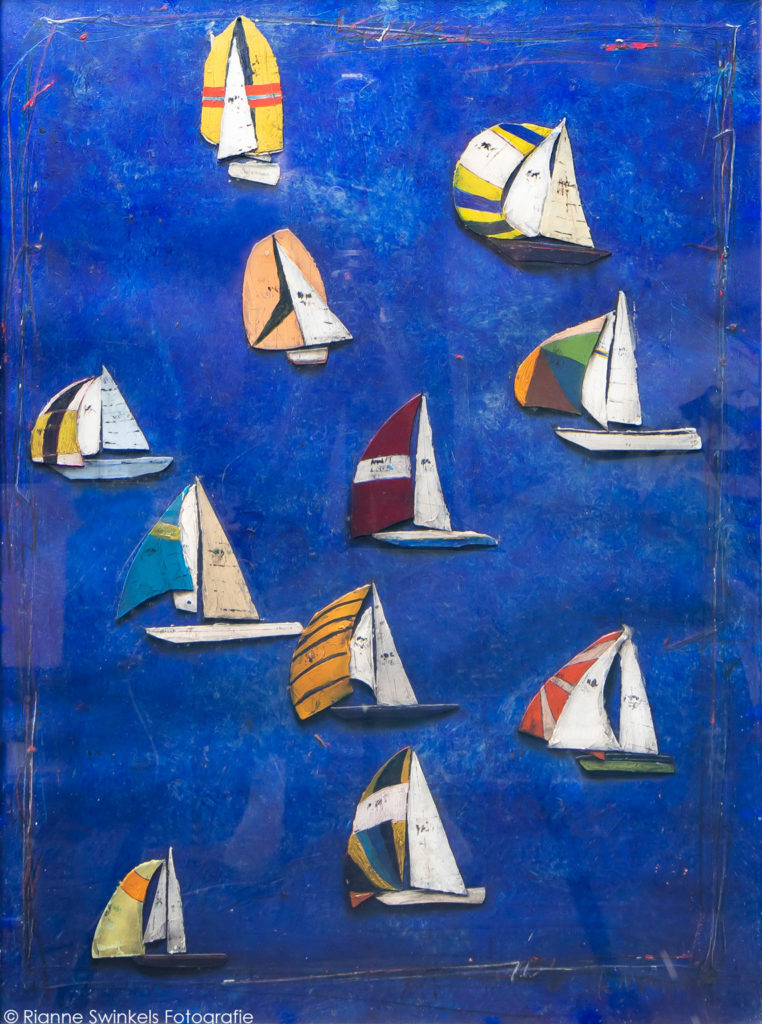 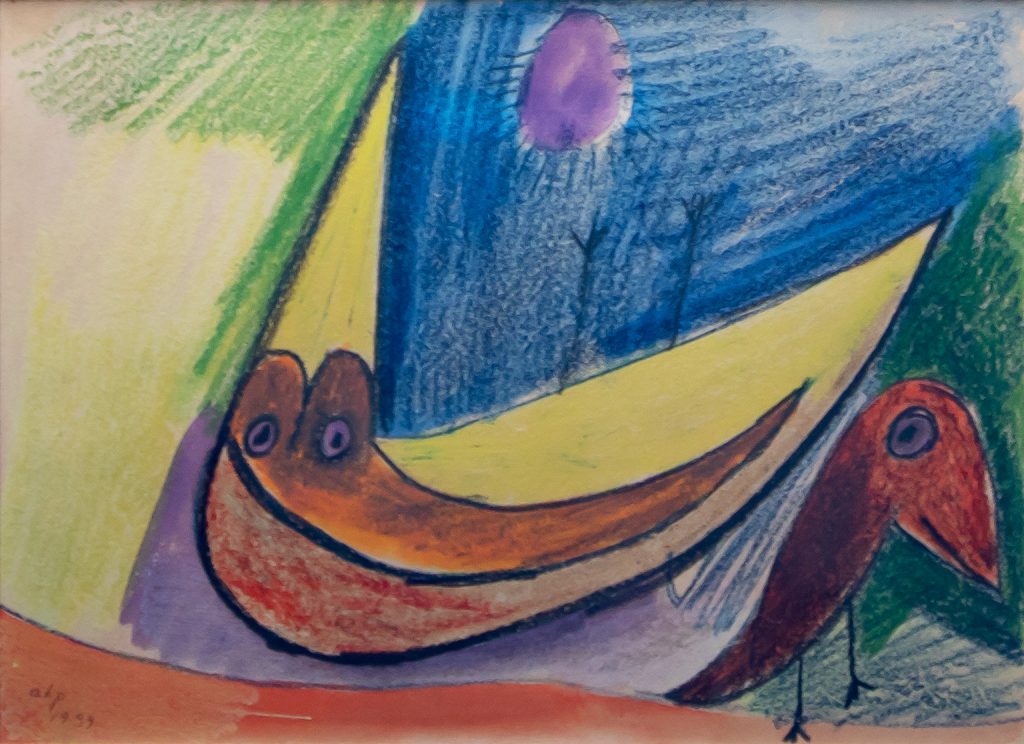 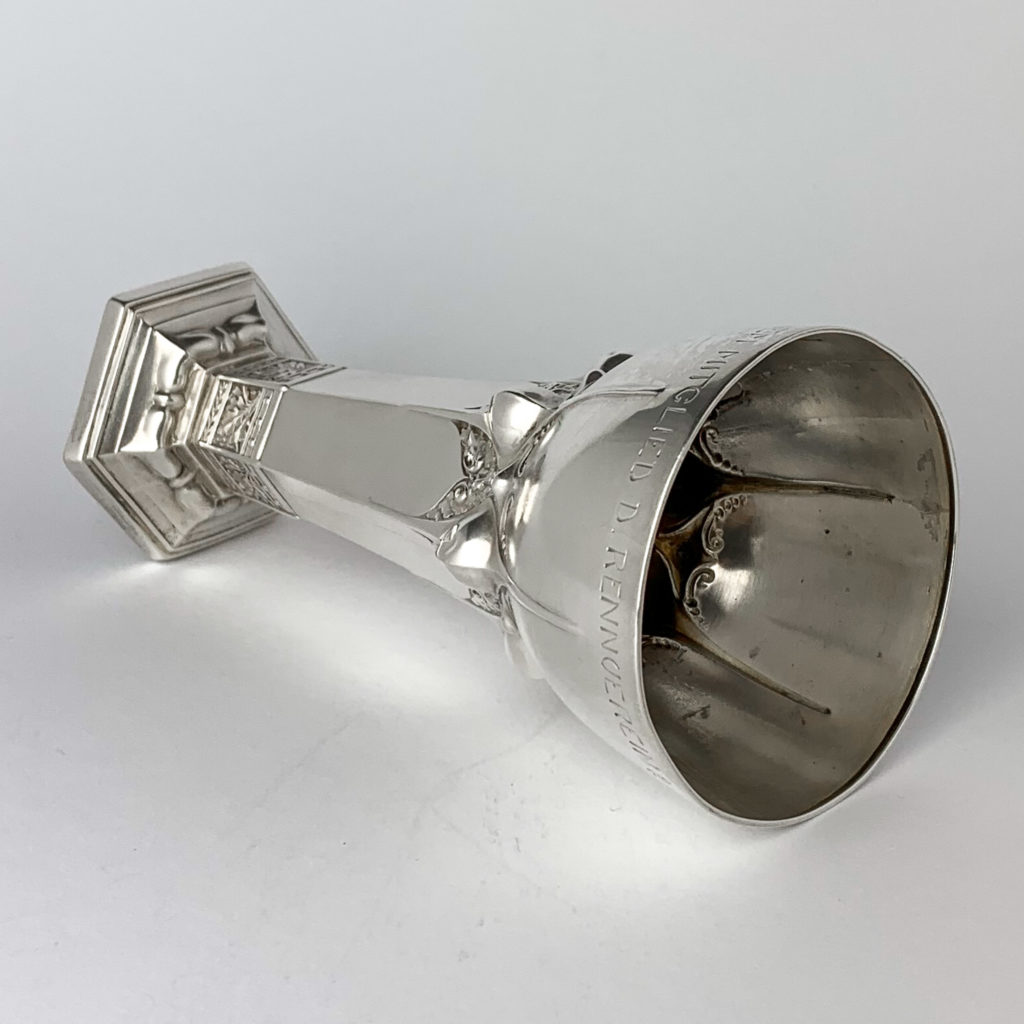 A small “Jugenstil” silver chalice made by the well known German silversmiths Bruckmann & Söhne from Heilbrunn (1905 – 1973). 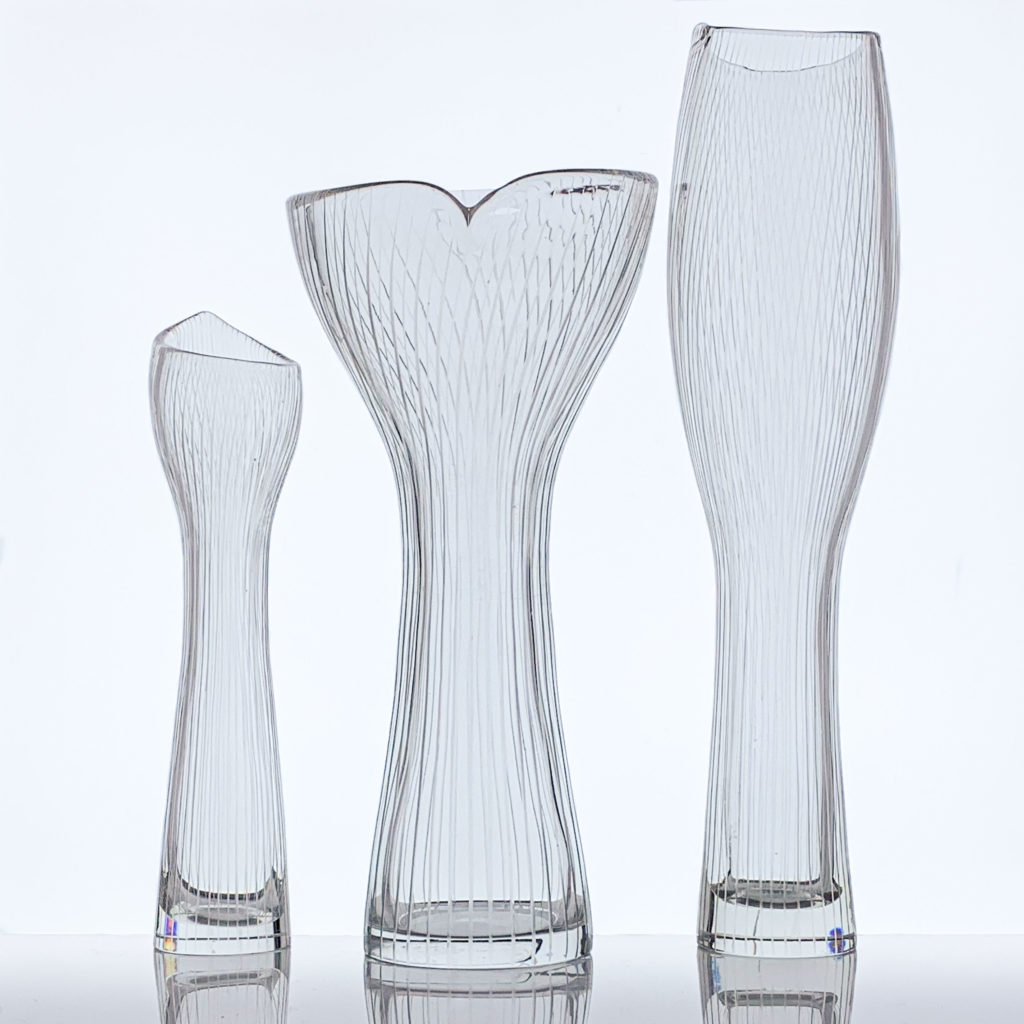 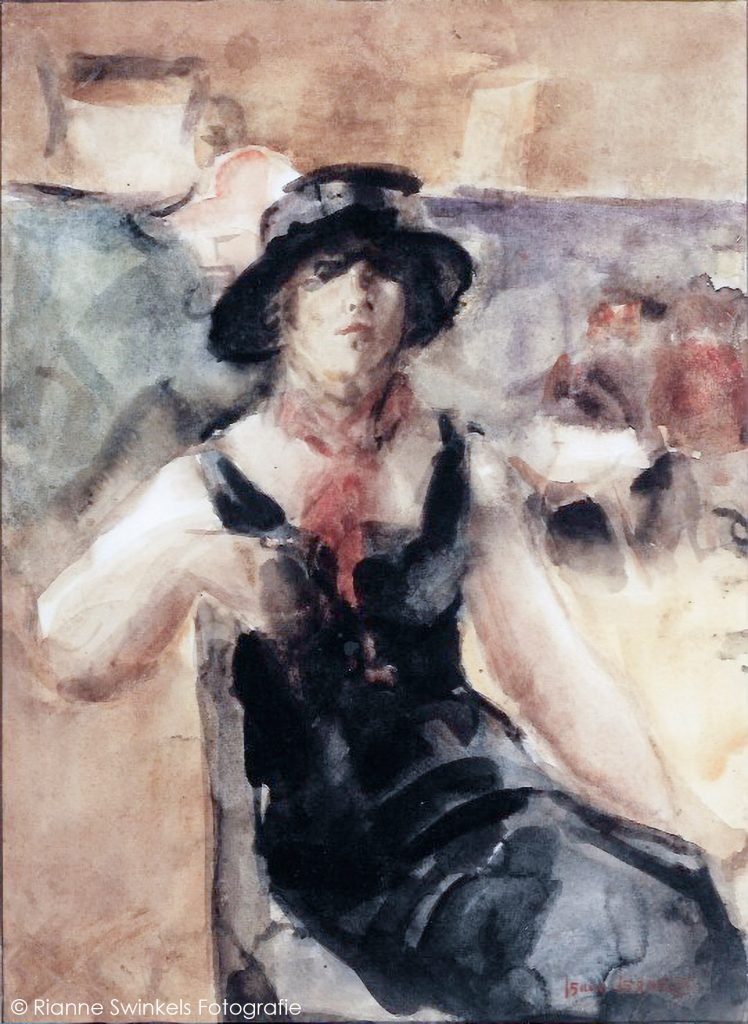 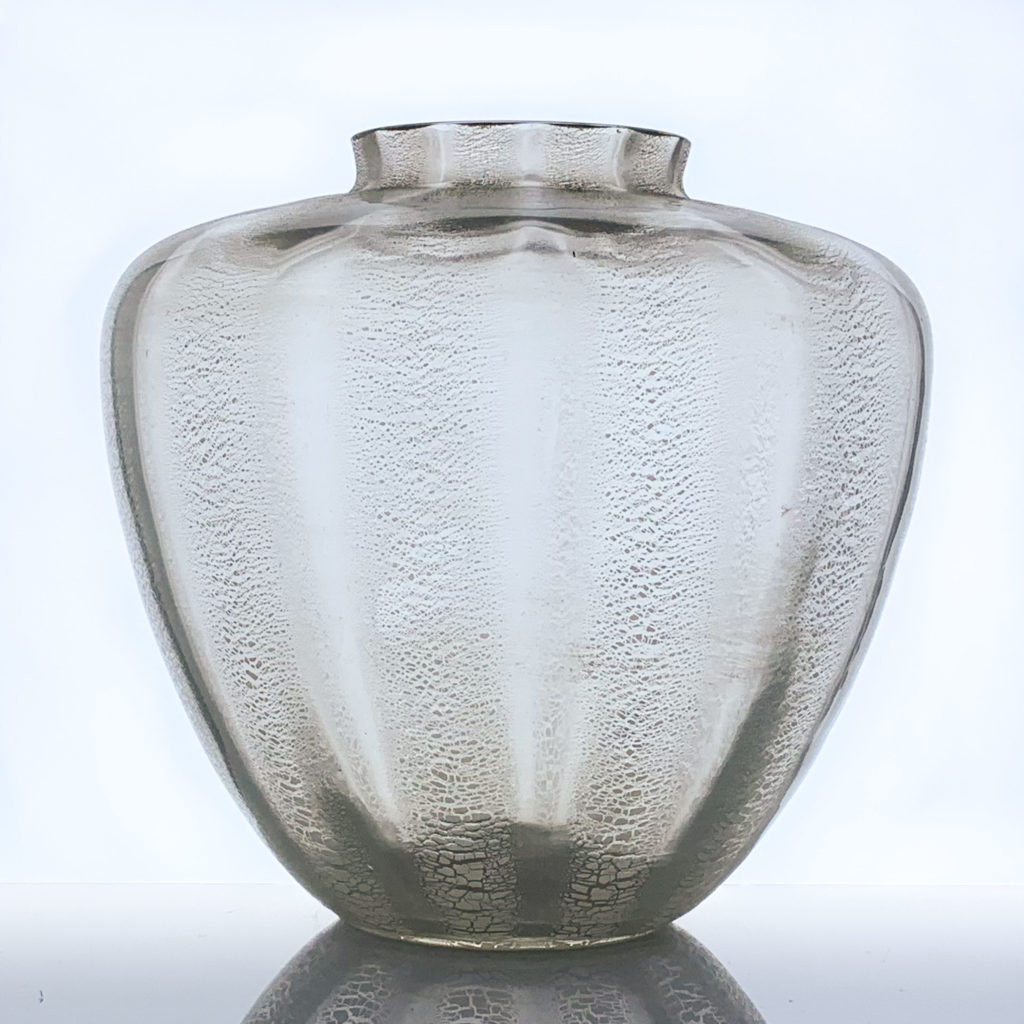 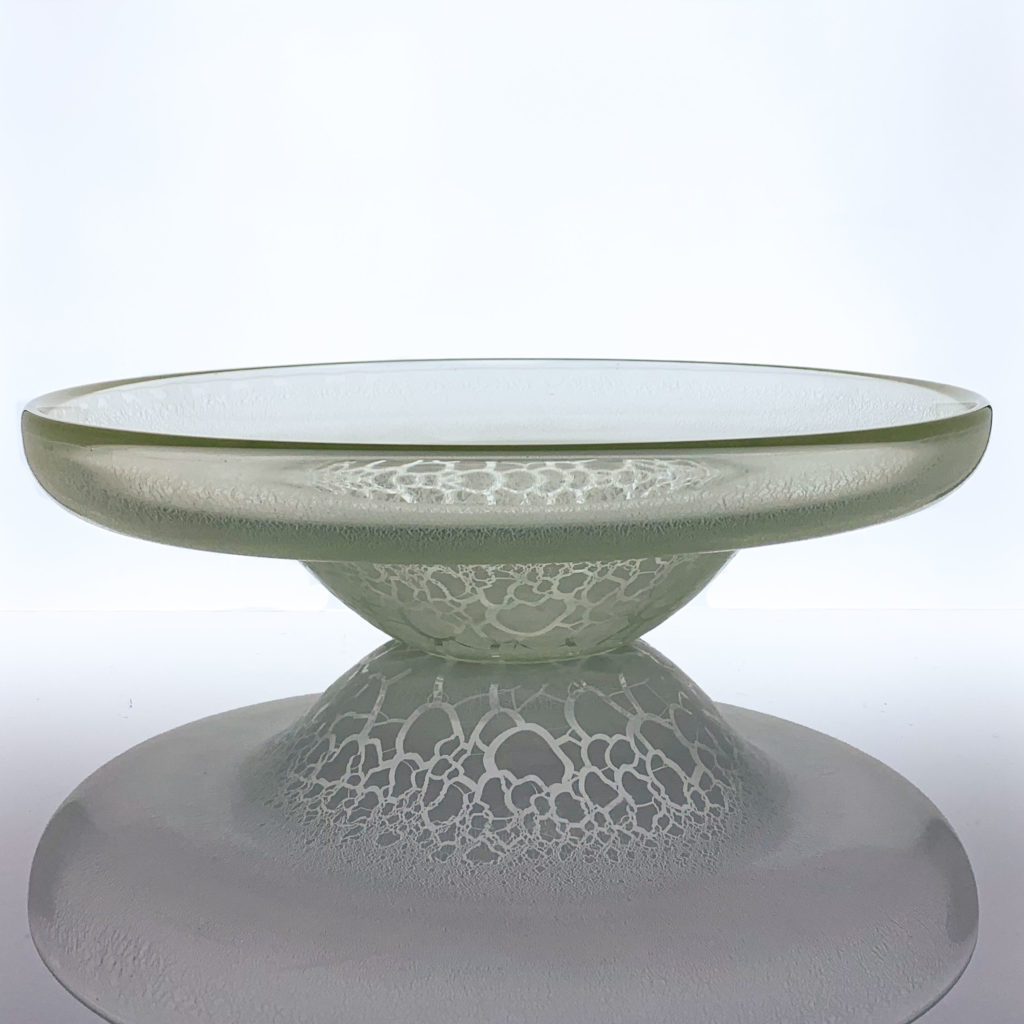