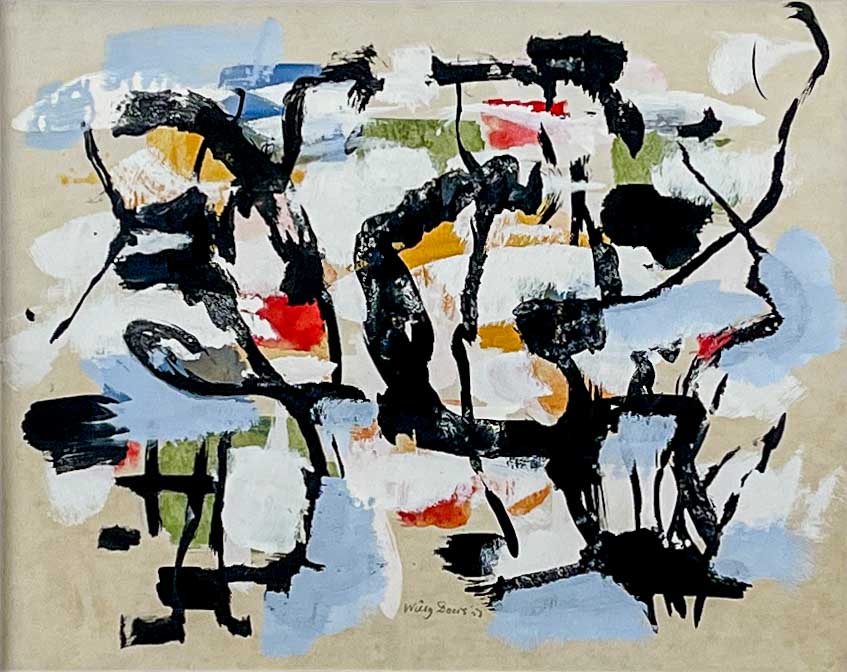 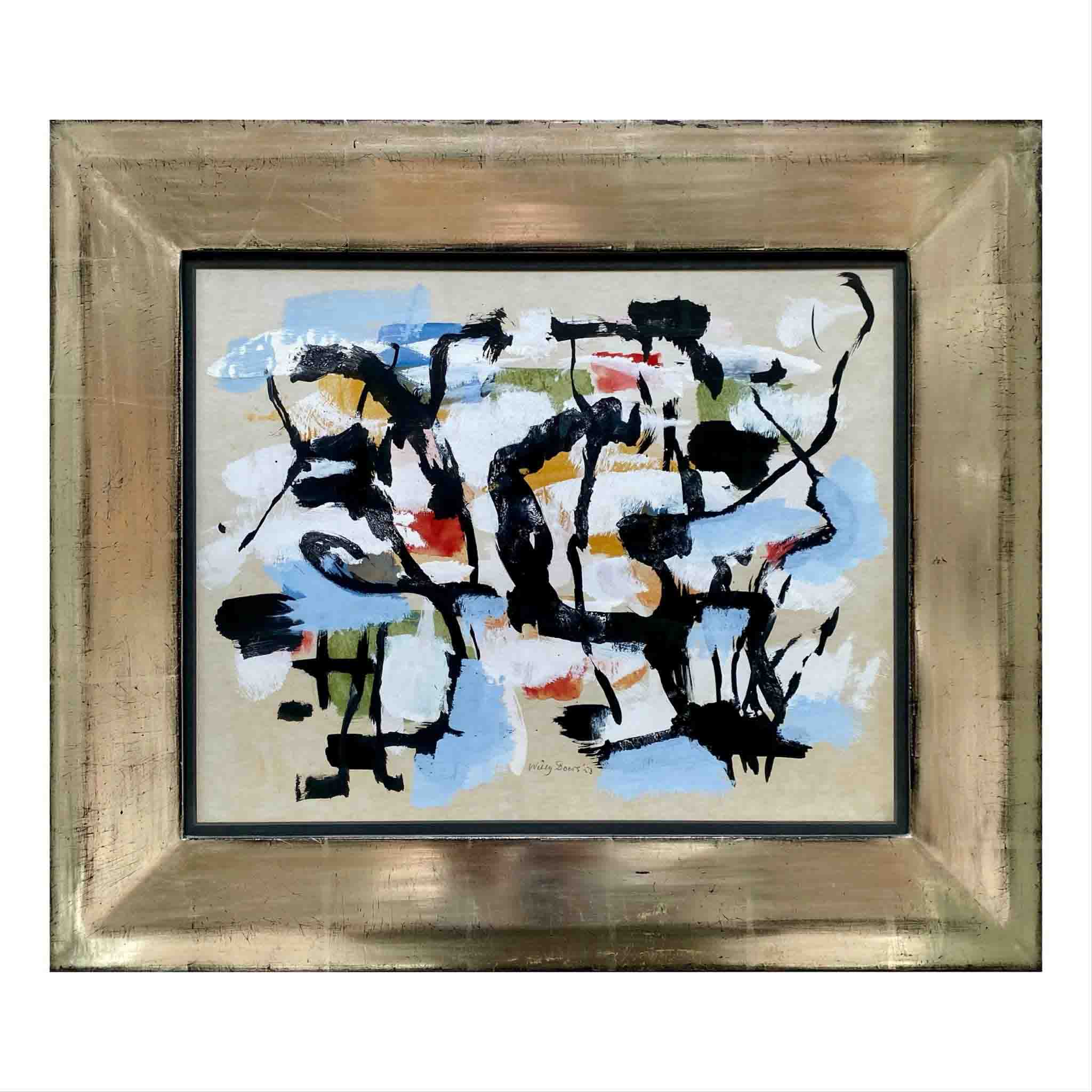 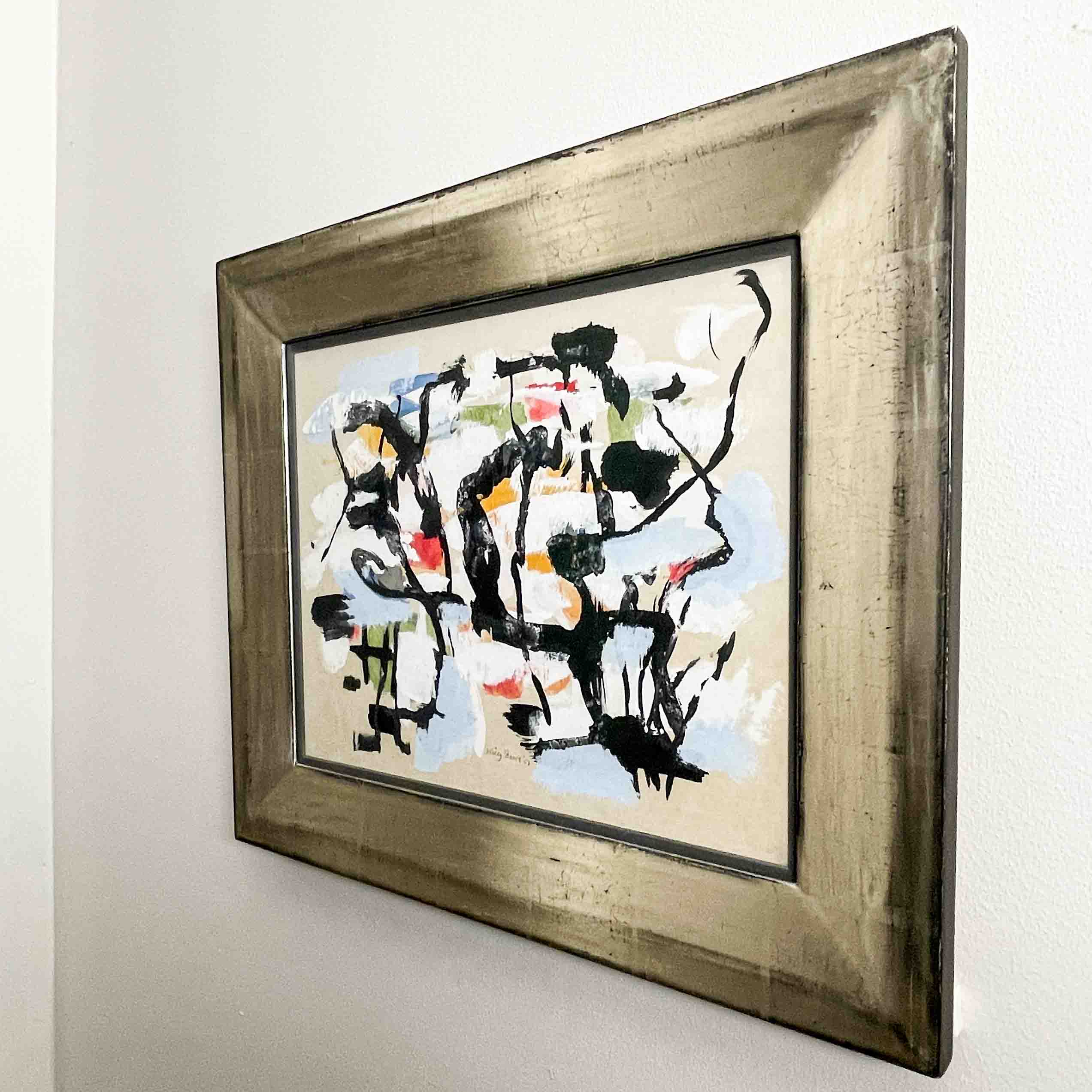 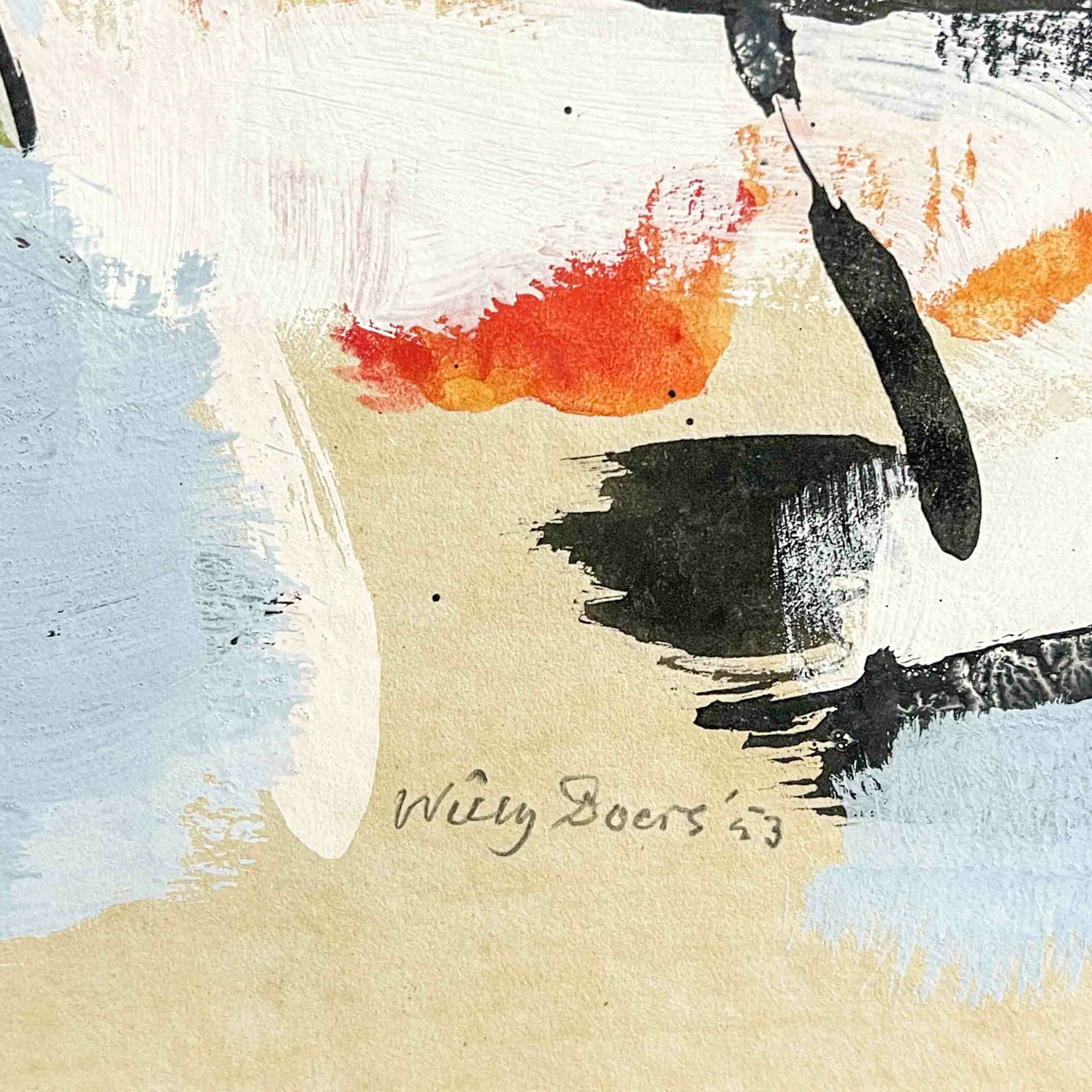 A unique gouache on paper. Signed "Willy Boers '53" by the artist (front, centre).

Professionally framed in a gilded, wooden frame and museumglass.

Willy Boers (Amsterdam 1905 – Amsterdam 1978) was a Dutch painter, sculptor and illustrator considered to be one of the main innovators of post-war Dutch art.

Willy Boers was raised in a prominent Dutch-German family and must have upset his father when he decided to become a painter instead of taking over the family insurance business. He started out restoring paintings and after which he started painting his on works.

In the 1930’s he started out painting figurative works related to the then prominent style of the “Nieuwe Zakelijkheid”. in 1946, Willy Boers founded the artist movement "Vrij Beelden" with Ger Gerrits. By that time Boer’s work has become abstract. In these same years he travelled often to Paris where he gotten to know the work of the prominent French abstract painters of the “École de Paris”.

In Paris he exhibited four times in the “Salon des Réalités Nouvelles”. In the Netherlands he participated in several exhibitions in the Stedelijk Museum with painters like Willem Hussem, Piet Ouborg and Jan Roëde.

In 1949 Boers founded a new artist movement “Creatie”. Members were among others Anton Rooskens and Eugène Brands. Like “Vrij Beelden” the movement was dedicated to “absolute schilderkunst” meaning fully dedicated to abstract art. “Creatie” was the first artists' association fully committed to non-figurative art. They exhibited their work at Museum Fodor in Amsterdam.

In the 1960’s and 1970’s Boers experimented with geometrical abstraction, collages and matter painting and his work became increasingly influenced by the American abstract expressionists.