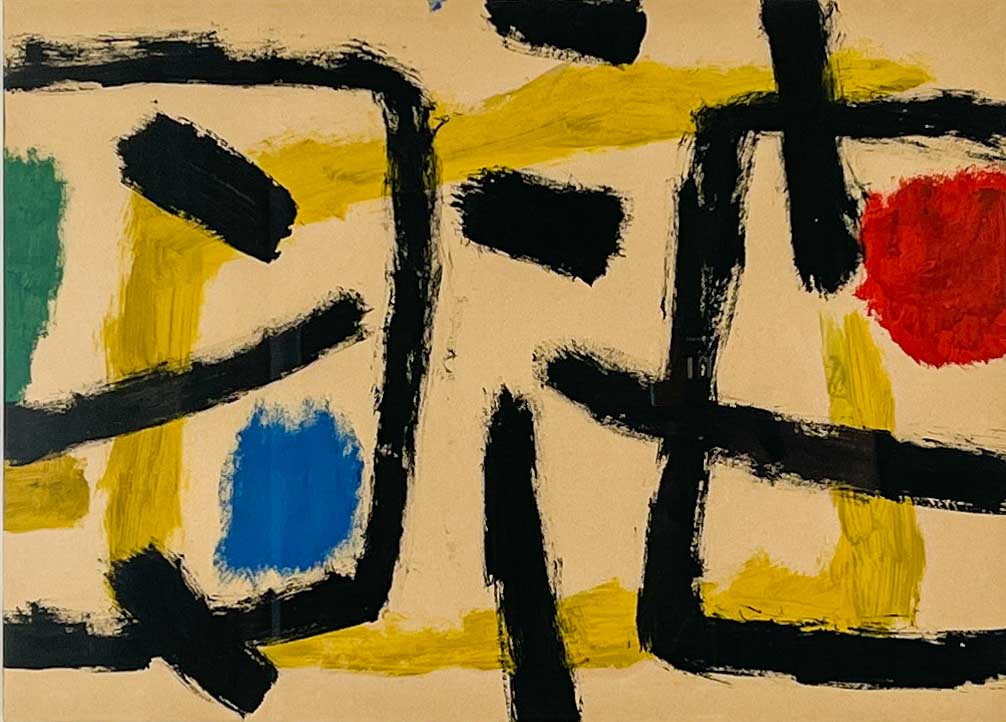 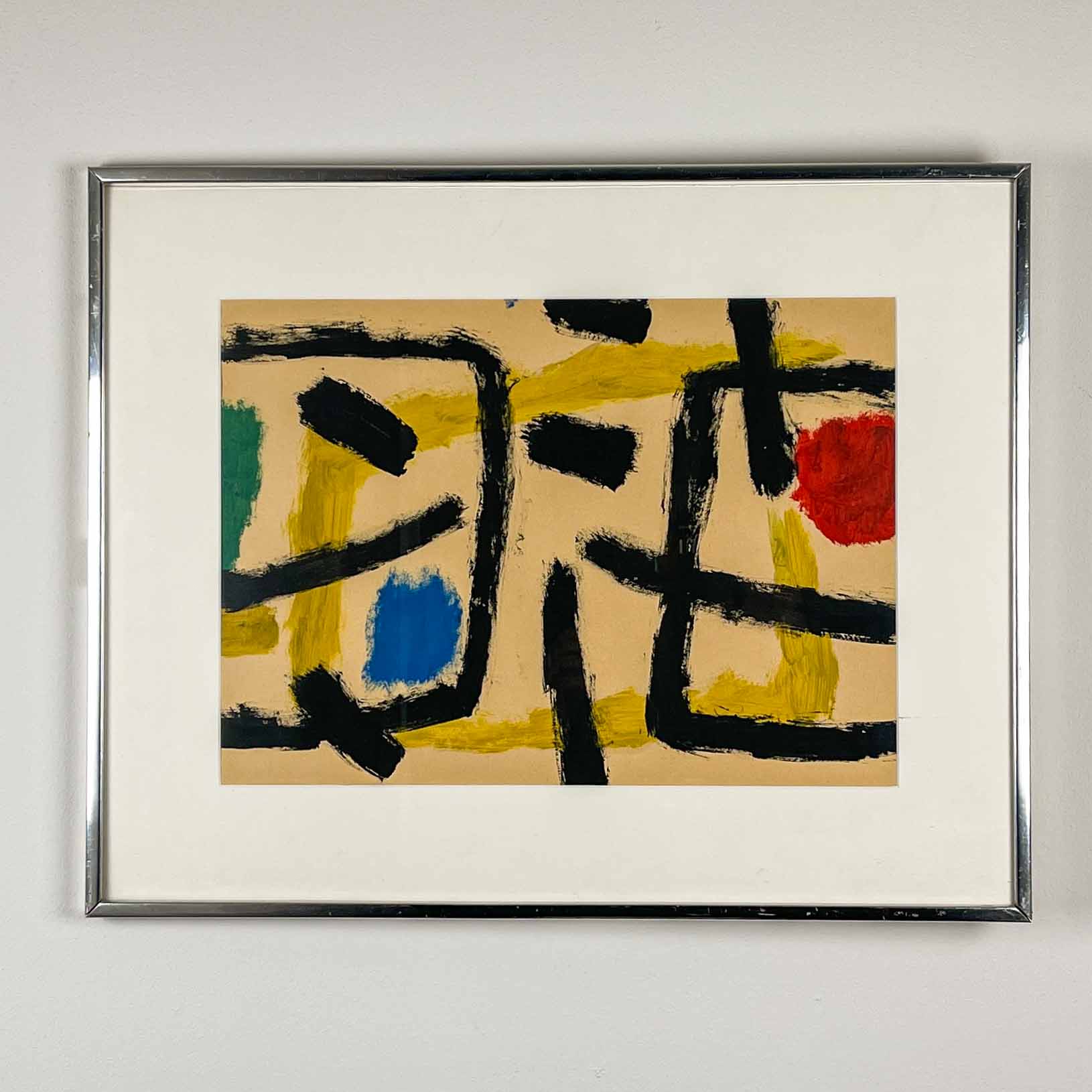 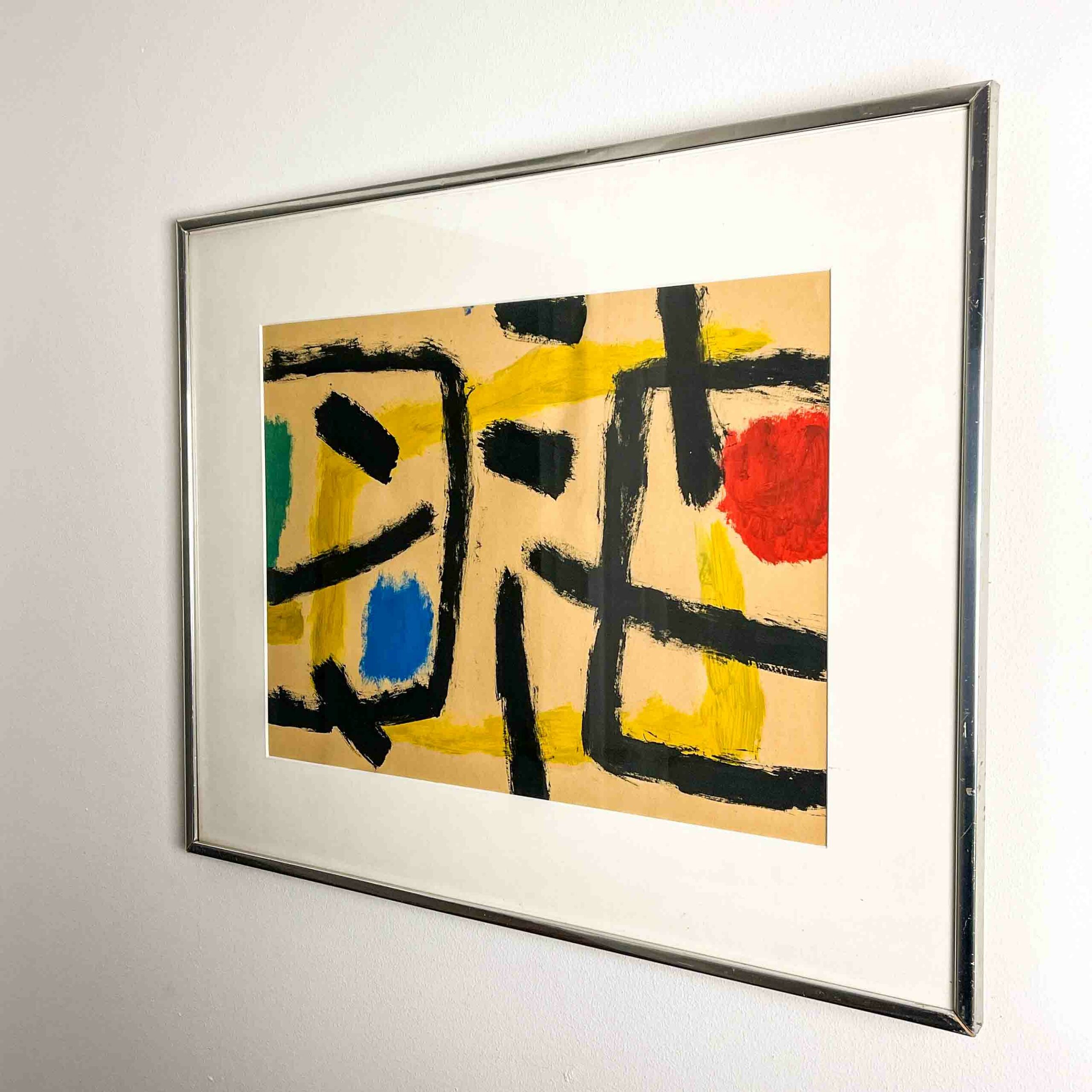 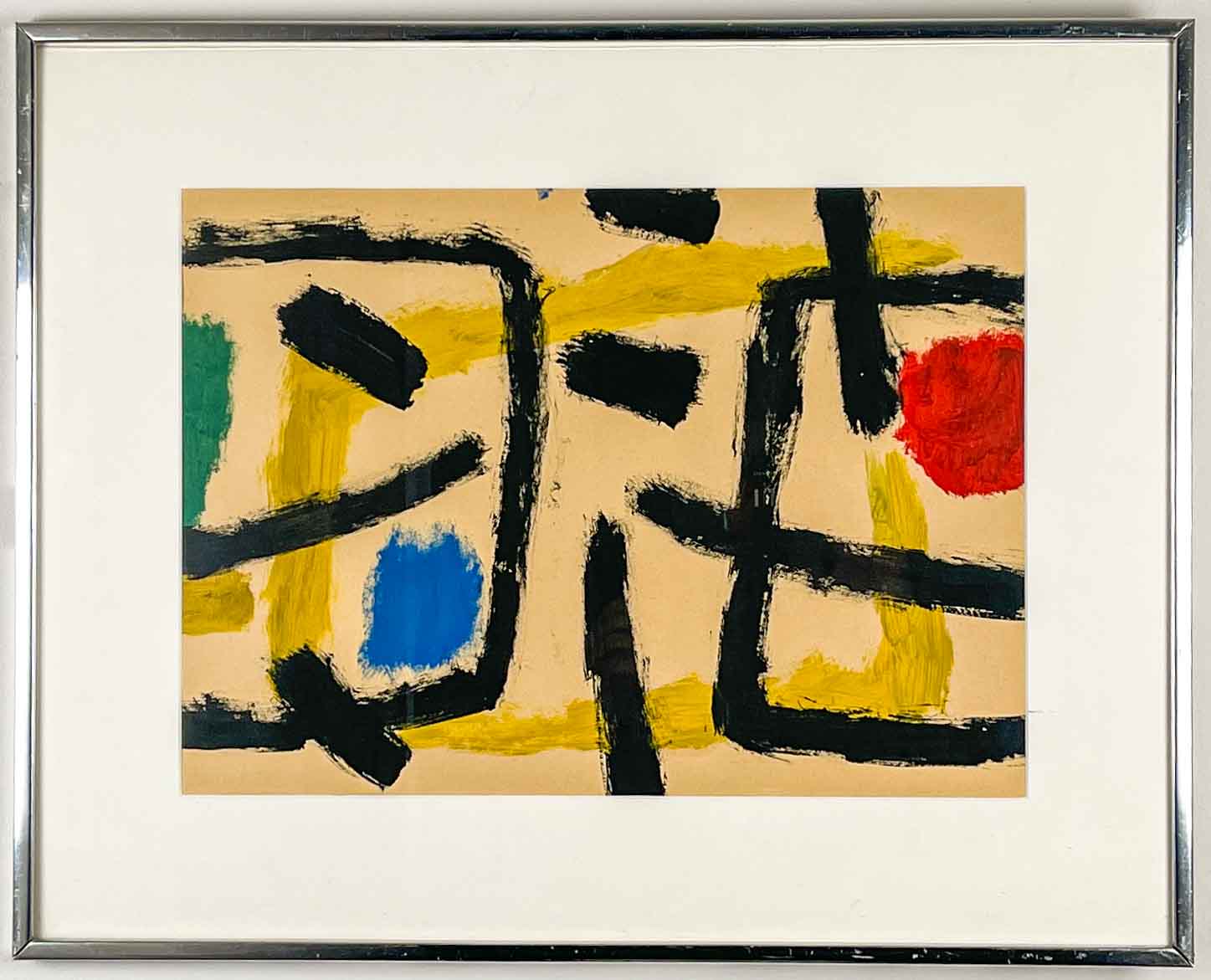 A unique gouache on paper by Dutch artist Willem Hussem. Most likely painted in the early 1960's. The artwork is not signed on the front, possibly on the back but we haven't eximined the work out of frame.

Willem Hussem (Rotterdam 1900 – Den Haag 1974) was a Dutch painter, sculptor and poet, most known for his abstract paintings he made post World War II.

Hussem studied under Dirk Nijland and attended the Rotterdam Academy. Between 1918 and 1936 he lived and worked in Paris, where he met Piet Mondrian and Pablo Picasso. In addition to the latter, Vincent van Gogh also influenced his style.

After World War II, his works became abstract. He was part of art movements such as Fugare, the Liga Nieuw Beelden and Verve. His work is considered part of the art movement “Nieuwe Haagse School”.

He was awarded the Jacob Maris Prize three times and received an invitation to the Venice Biennale in 1960. During his lifetime, he had solo exhibitions at the Gemeentemuseum in The Hague, Museum Het Princessehof in Leeuwarden and Stedelijk Museum in Schiedam, and participated in major group exhibitions at Museum Boijmans van Beuningen in Rotterdam, Van Abbemuseum in Eindhoven and Stedelijk Museum in Amsterdam. He also exhibited twice at the Carnegie International in Pittsburgh, US.

Currently his works are in the collection of: Kunstmuseum Den Haag, Stedelijk Museum in Amsterdam, Dordrecht Museum in Dordrecht and the Rijksmuseum Twenthe in Enschede (among others).

Possibly signed on the back but the artwork is not examined out of the frame.