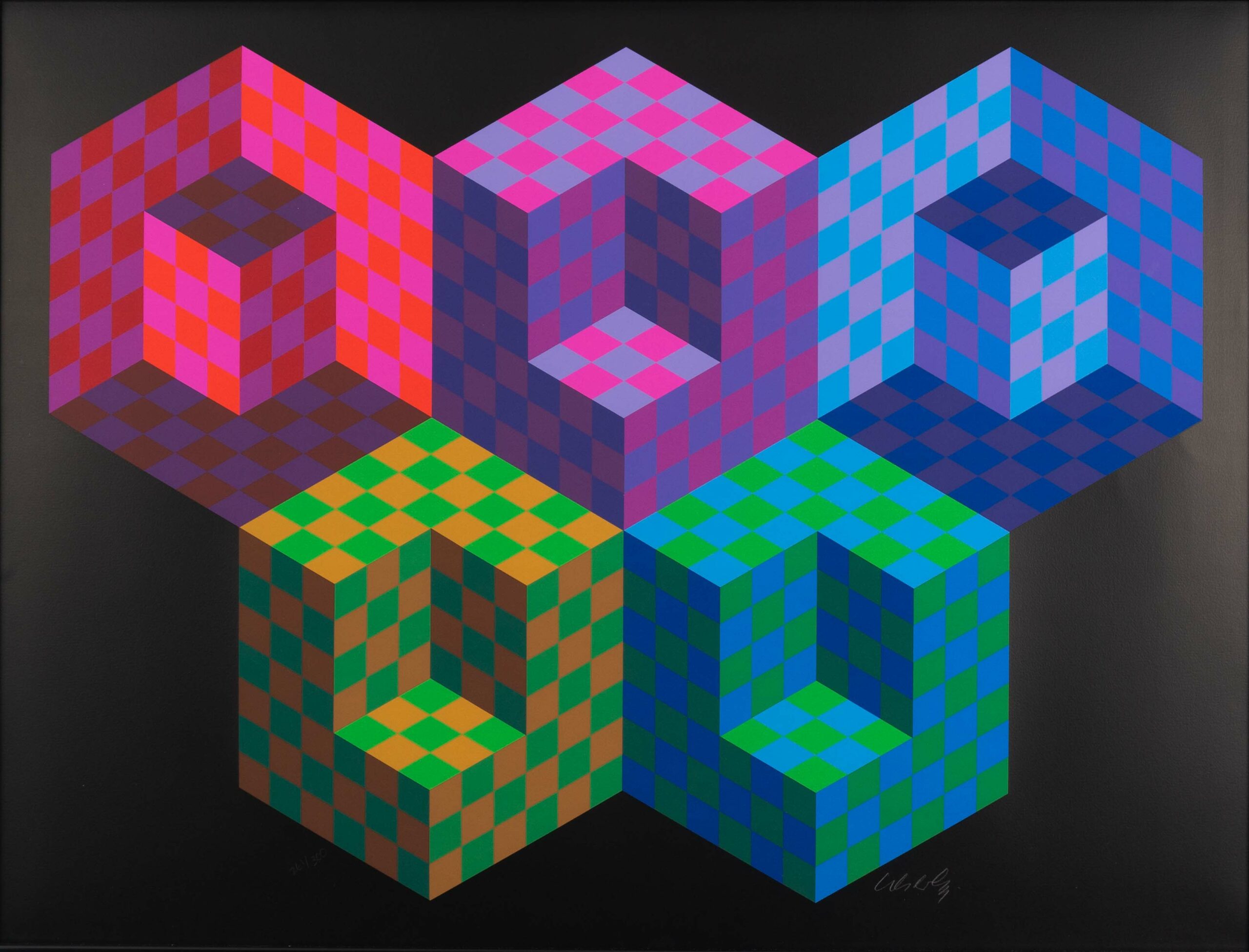 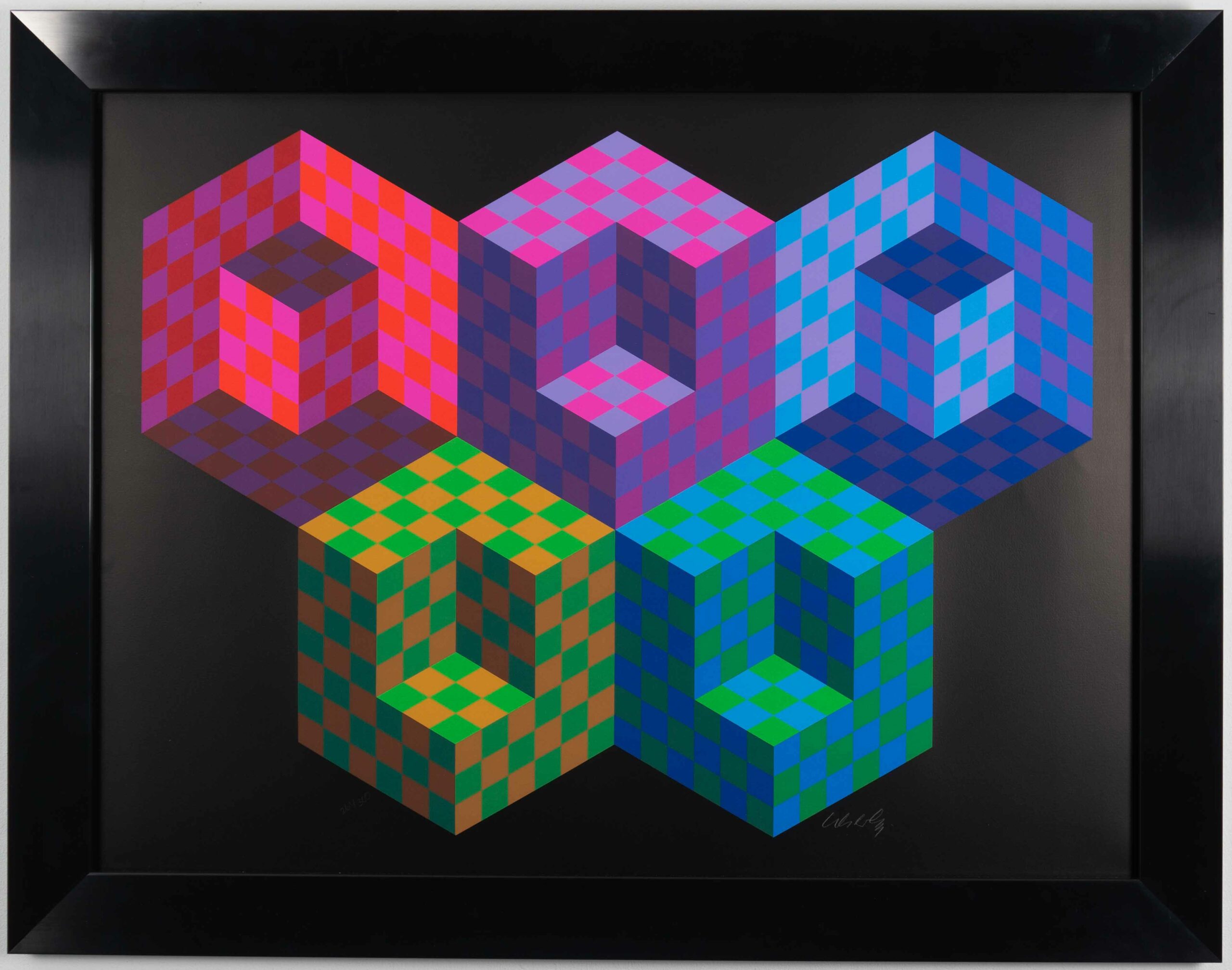 Victor Vasarely (Pécs, Hungary 1906 – Paris, France 1997) is one of the founding fathers of the Op-Art movement in Europe. His brightly coloured optical patterns introduced a visually kinetic aspect to the traditionally flat paintings of his generation. Among the many awards Victor Vasarely received are the Guggenheim prize in 1964, the Art critics prize in Brussels and the Gold medal in the Milan Triennial. His works are presently held in the collections of the Art Institute of Chicago, the Tate Gallery in London, and the Peggy Guggenheim Collection in Venice. In 2019, a temporary exhibition of Vasarely's work entitled Le Partage des Formes was displayed in the Centre Georges Pompidou in Paris. 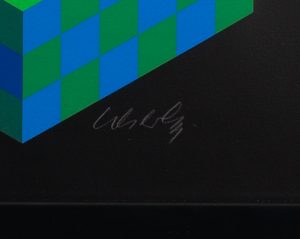