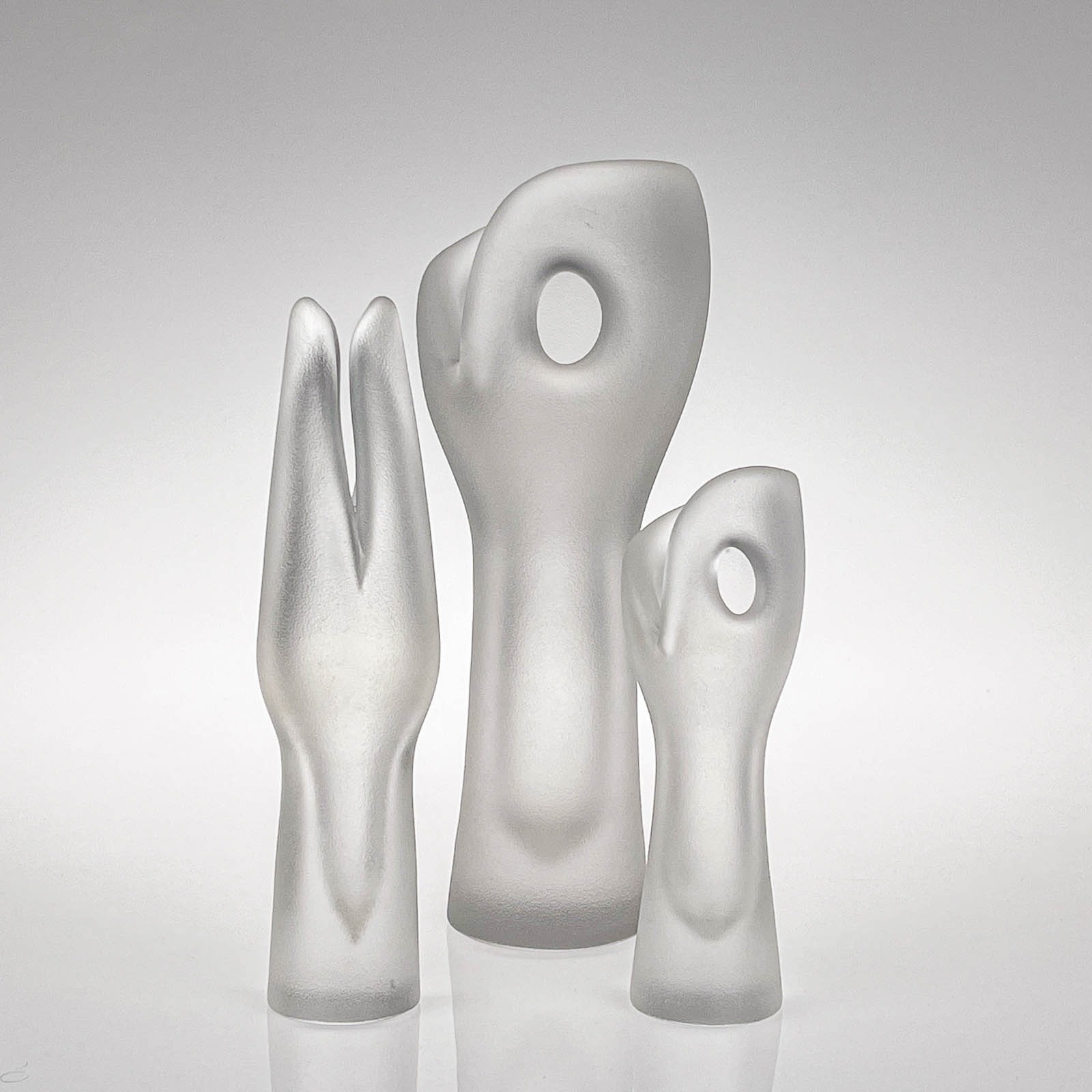 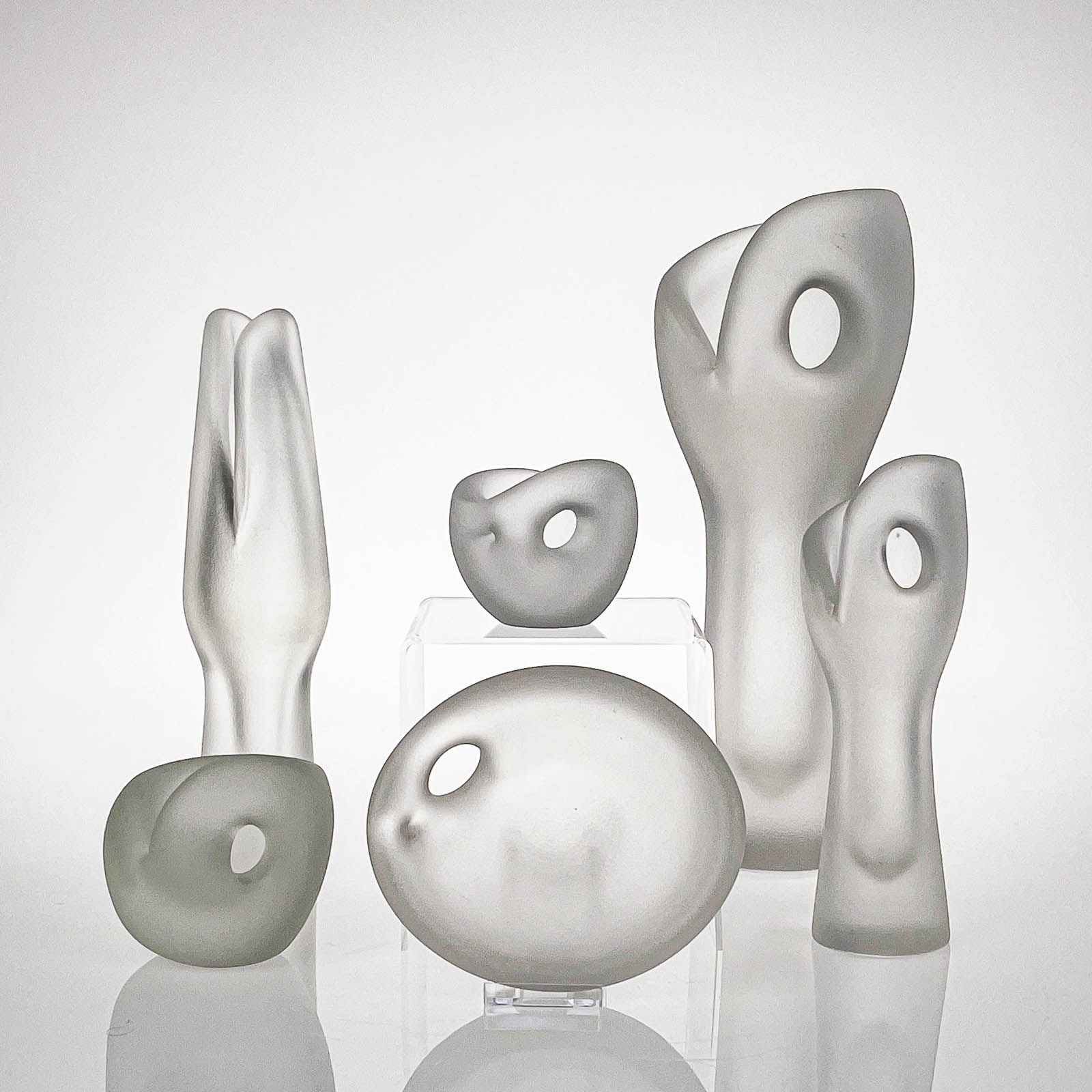 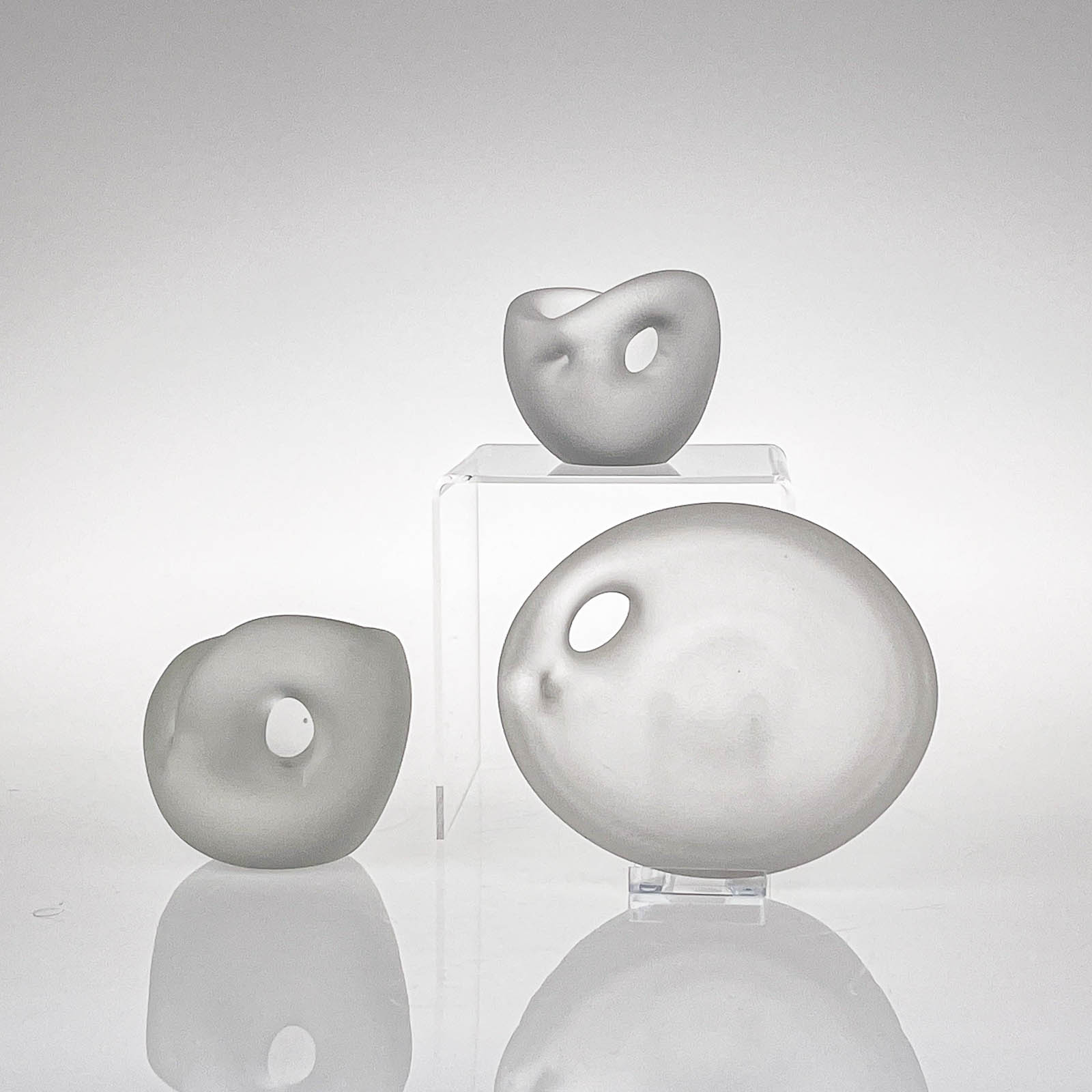 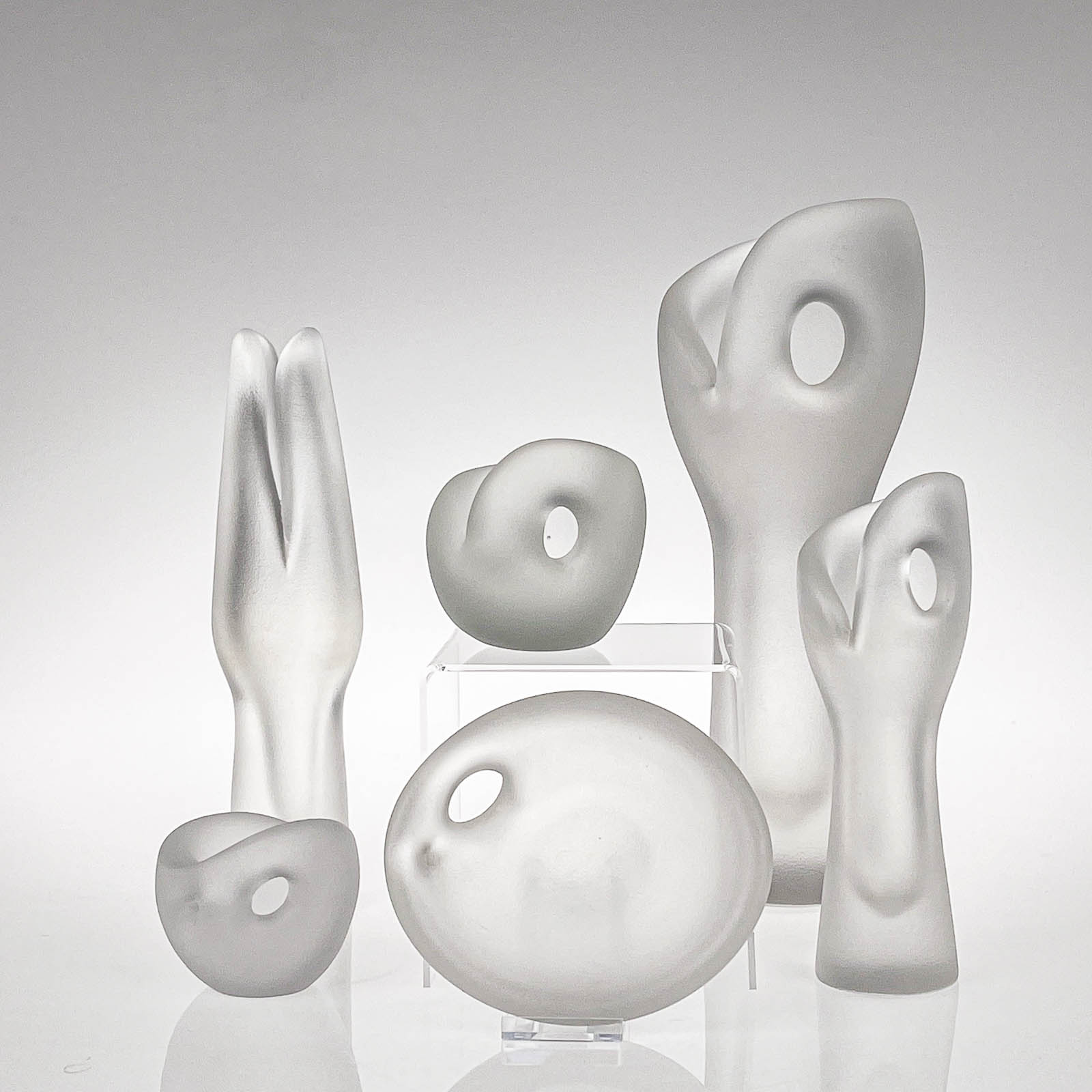 Sarpaneva took his inspiration for these objects from the natural phenomena, known as "Hiddenkirnu" or Giant Kettle. These are glacial potholes drilled in solid rock by water descending down a deep moulin or by gravel rotating in a bed of a subglacial meltwater stream.

The collection consists of the following objects:
“Hiidennyrkki” (Devils Fist), model 3530, designed in 1951. These objects were made in two sizes between 1952 and 1960. Both sizes are part of this collection including the rare large example. Both sizes are marked underneath the base in diamondpen: Timo Sarpaneva Iittala. The large one is also dated (1956).

“Hauenleuat” (Pike’s Gap), model 3540. Also designed by Sarpaneva in 1951. Produced by Iittala between 1952 and 1959, this object is also very sought after by collecters. Marked underneath the base in diamondpen: Timo Sarpaneva Iittala.

"Hiiden kehto" (Devil's cradle), model 3157. Designed by Sarpaneva in 1951. These objects were made in two sizes between 1952 and 1960. in this collection the smaller of the two sizes. It is marked on the side in diamondpen: Timo Sarpaneva Iittala.

All objects are in good condition, some minor scratches underneath the bases consistent with age and use.

All pieces have a few tiny airbubbles, caught during production.

No Cracks or chips.

All objects marked in diamondpen underneath the base. Due to the process of matting the singnature can be extreme hard to photograph, but all the signatures are there. 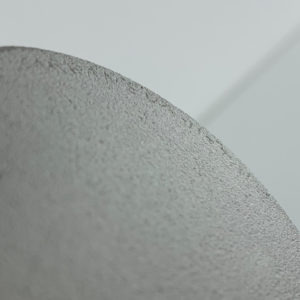 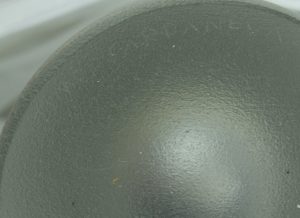