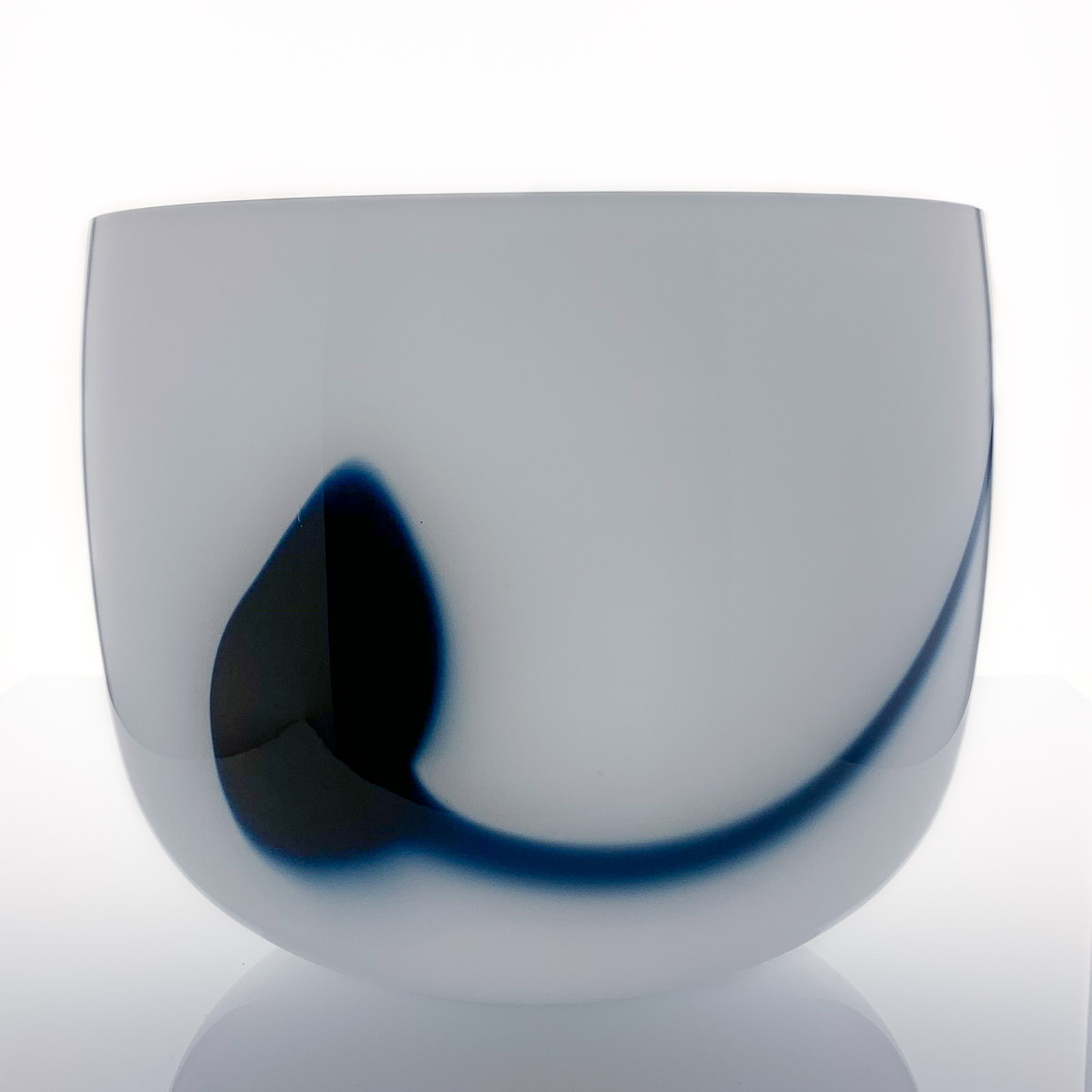 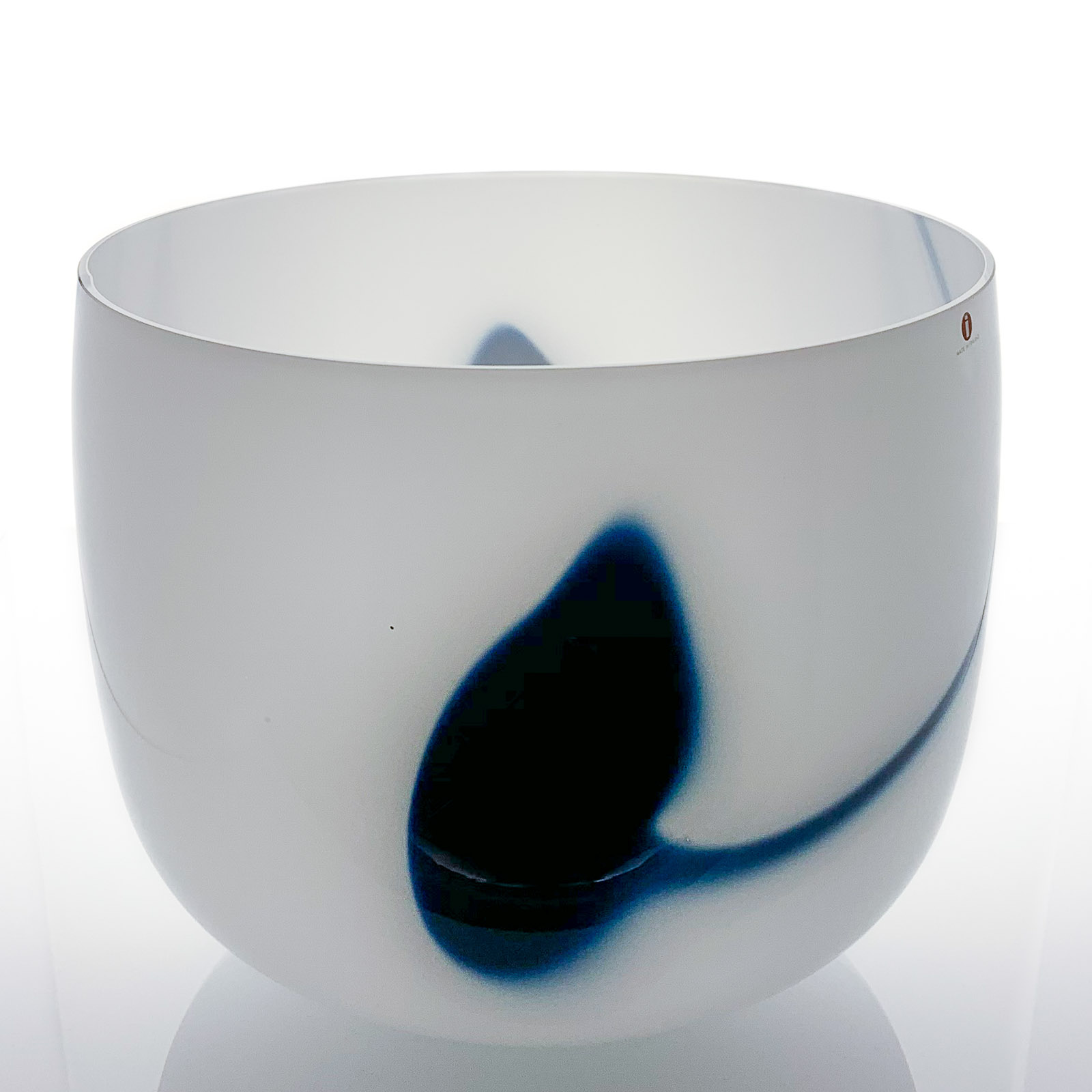 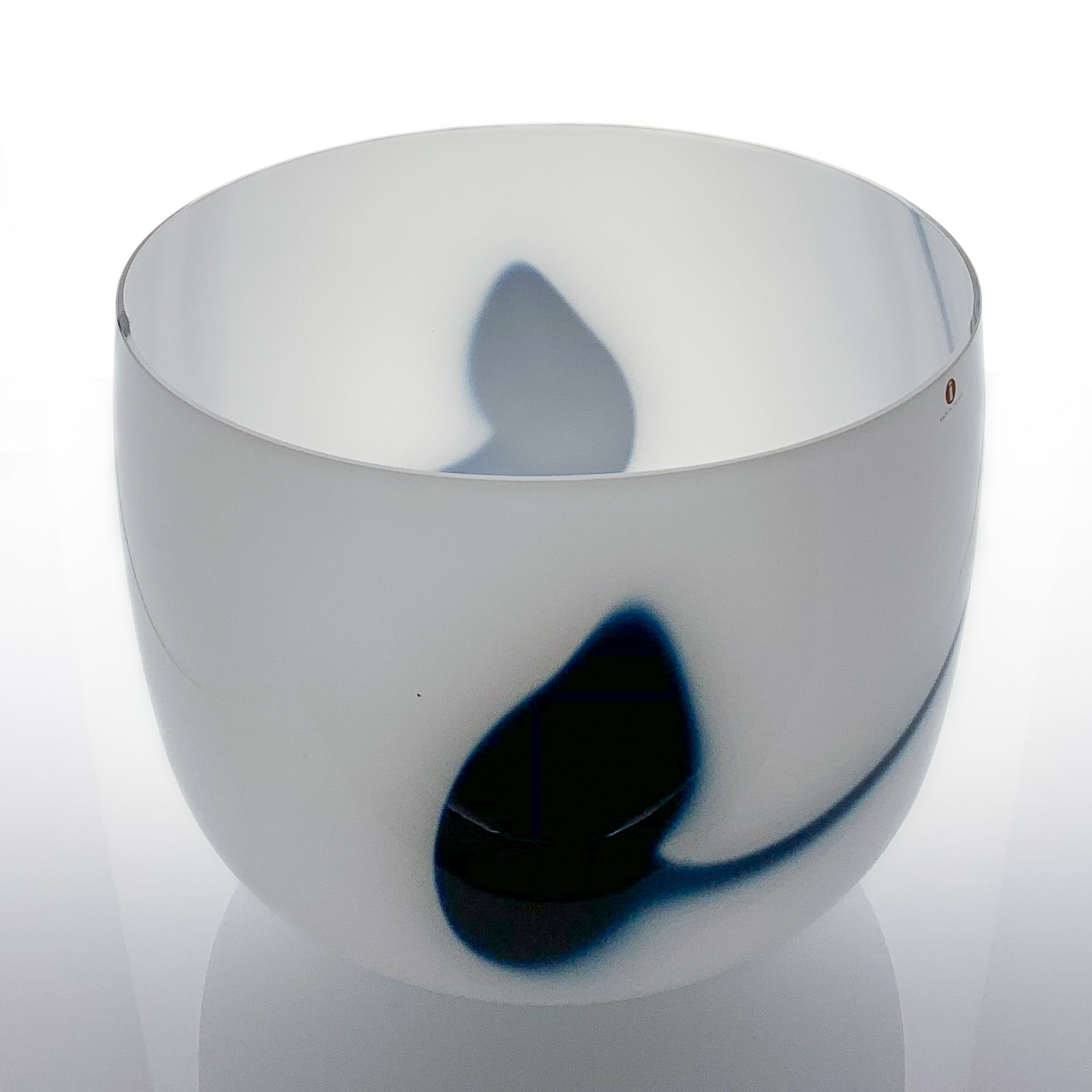 Sarpaneva's work was among the key components that helped to launch Finland's reputation as a trailblazer of design.

Designed by Timo Sarpaneva in 1985 and executed in the same year by Iittala glasswork in Finland.

This art-object is in good condition, some minor scratches underneath the bases consistent with age and use. No Cracks or chips. 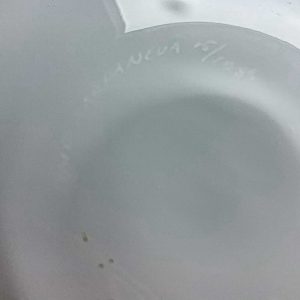