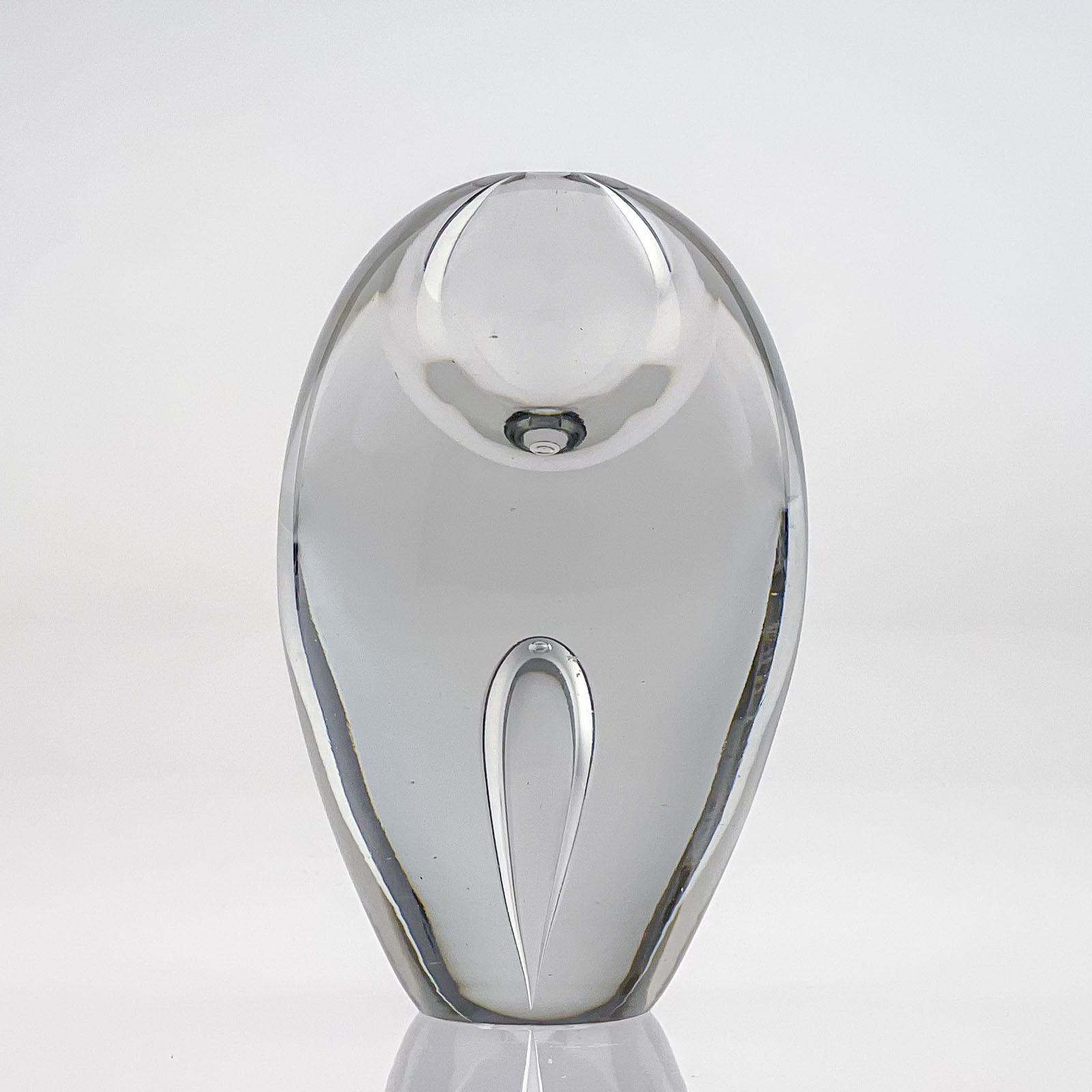 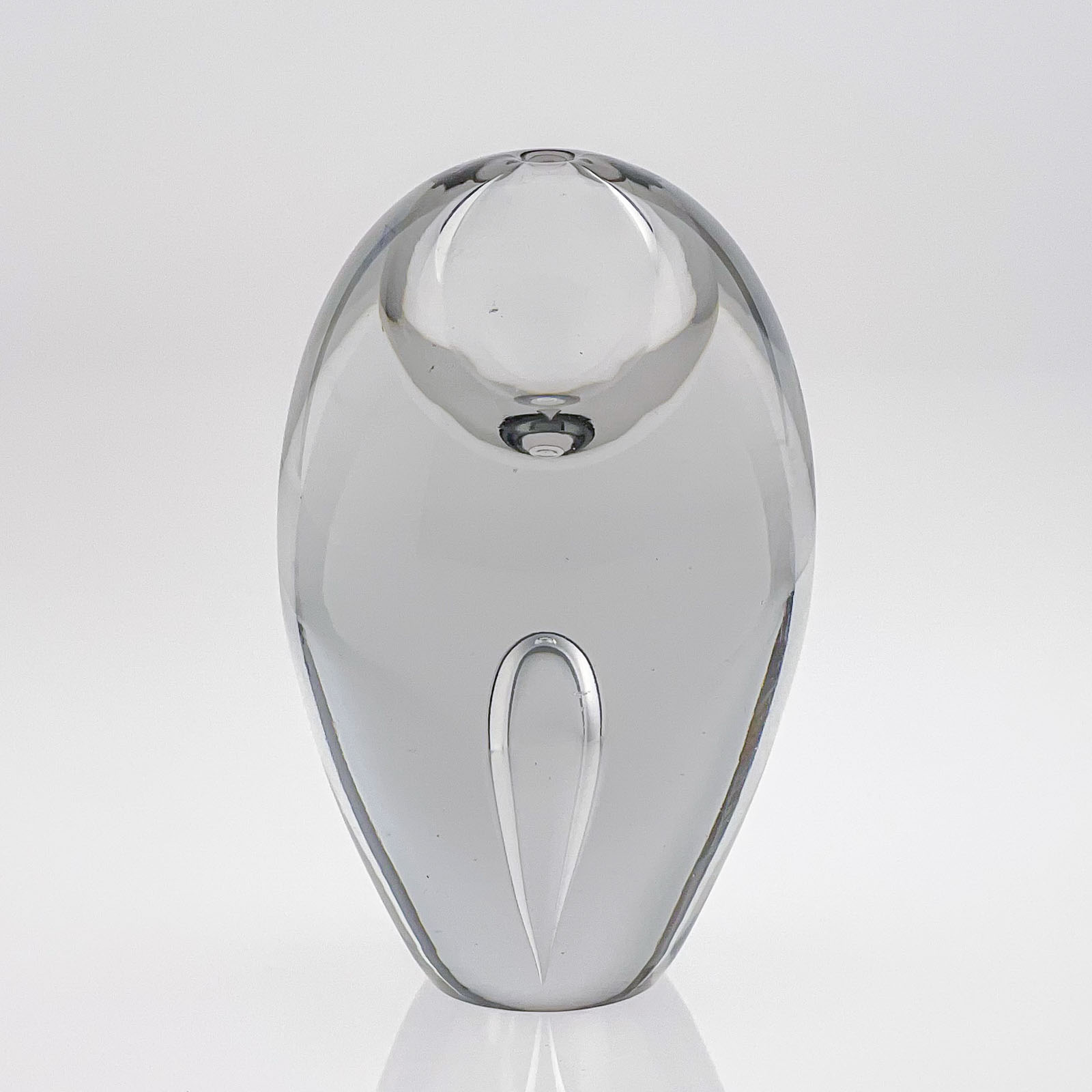 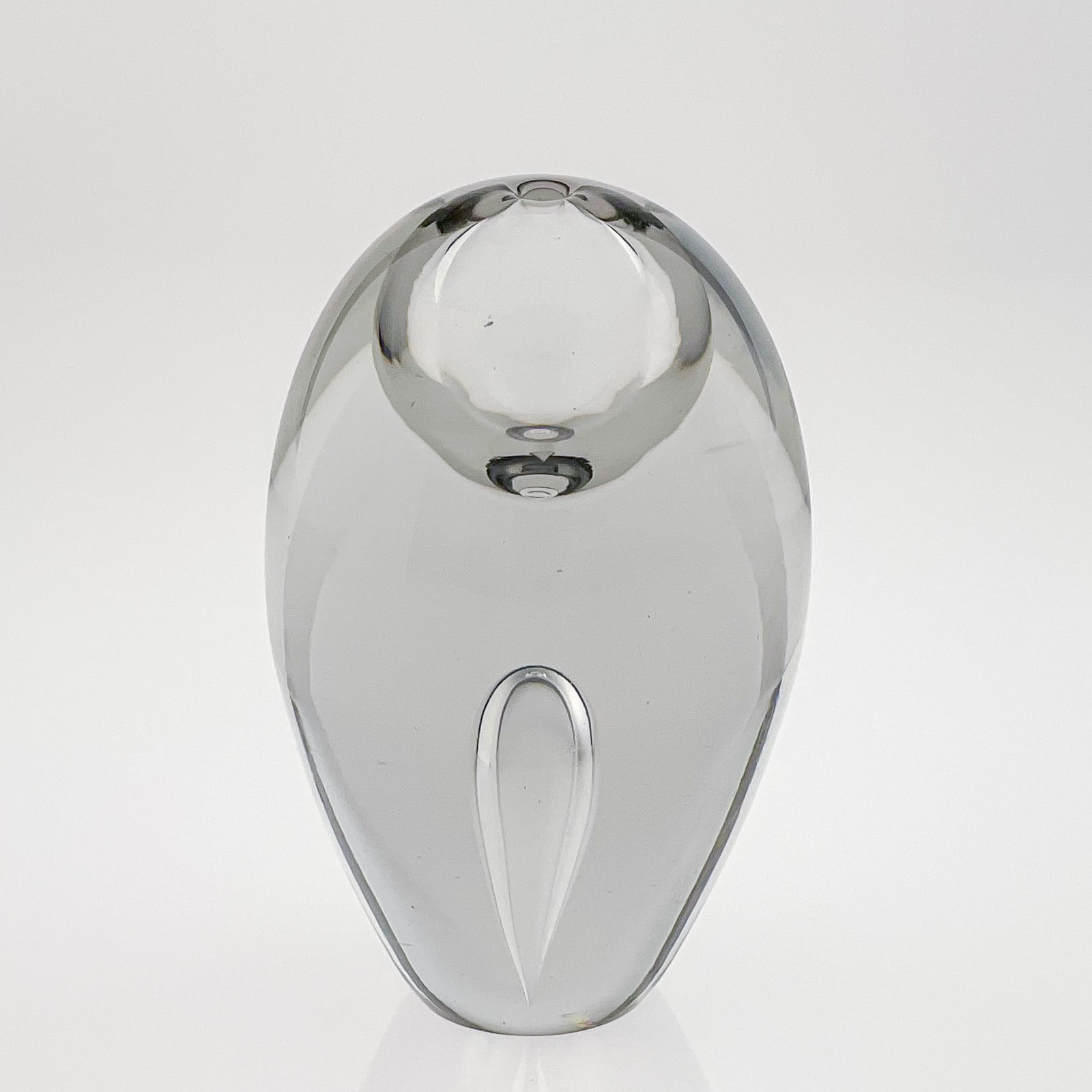 These art-objects have only been in production at the Iittala glassworks between 1954 and 1960. It is fully marked underneath the base in diamondpen: Timo Sarpaneva - Iittala - 55 (1955).