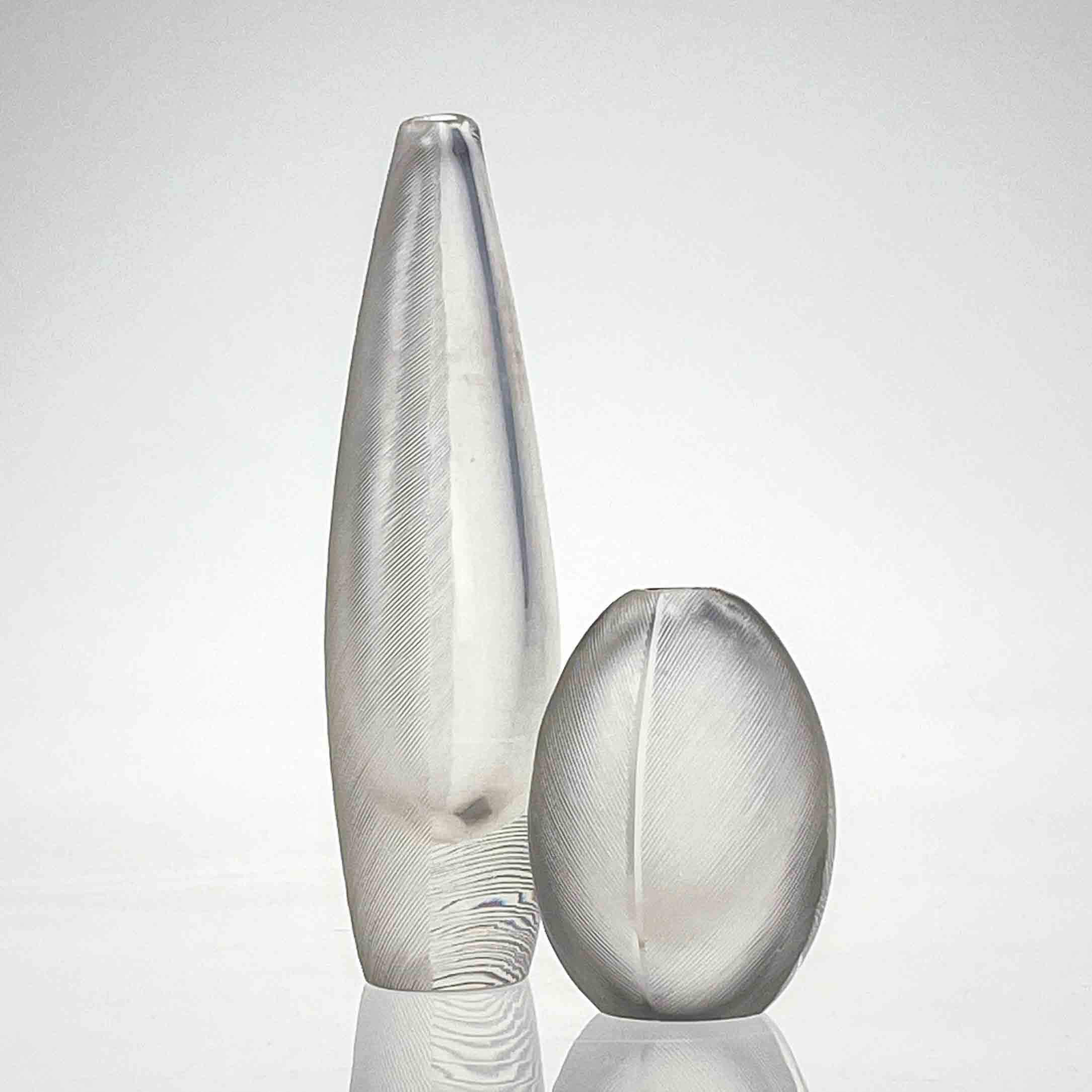 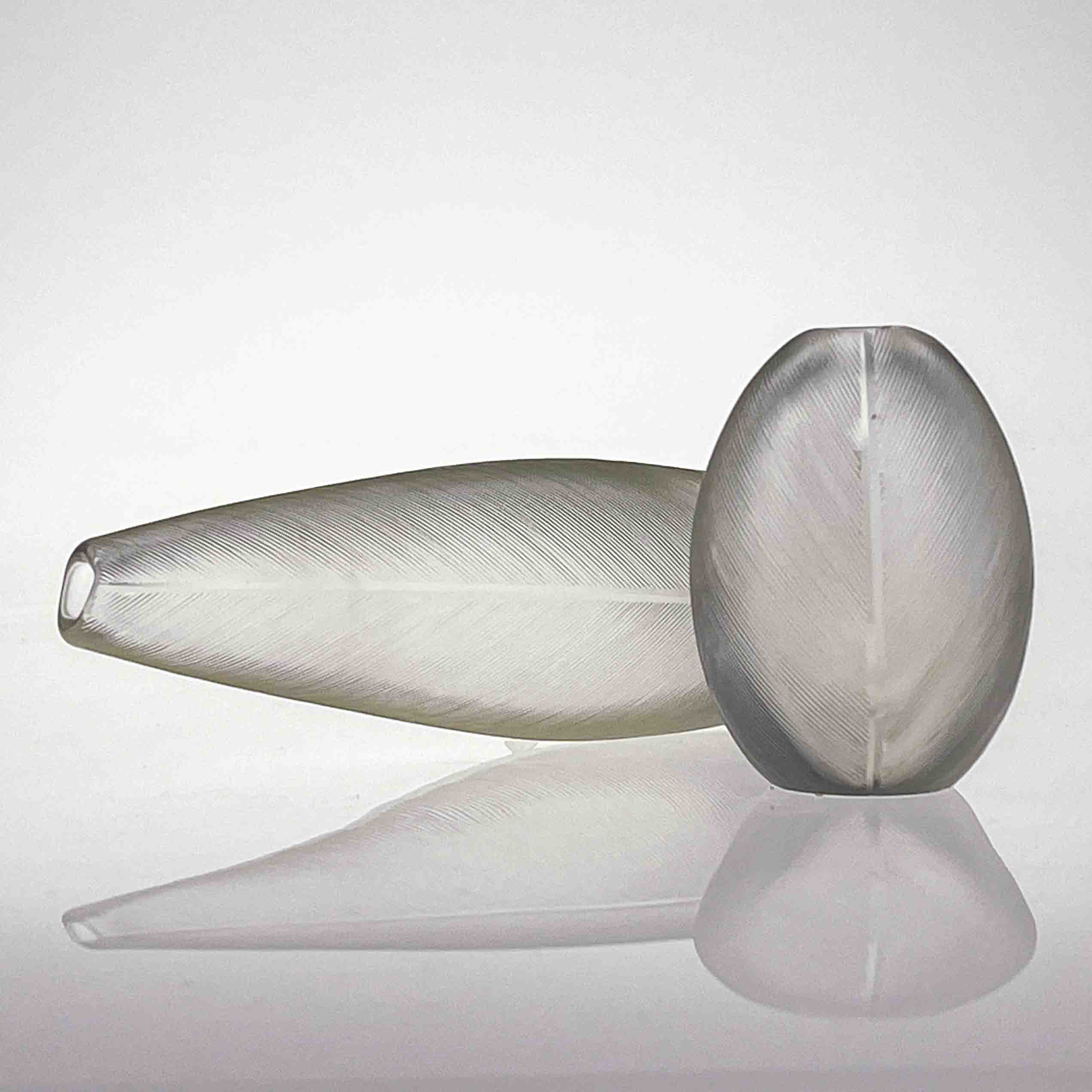 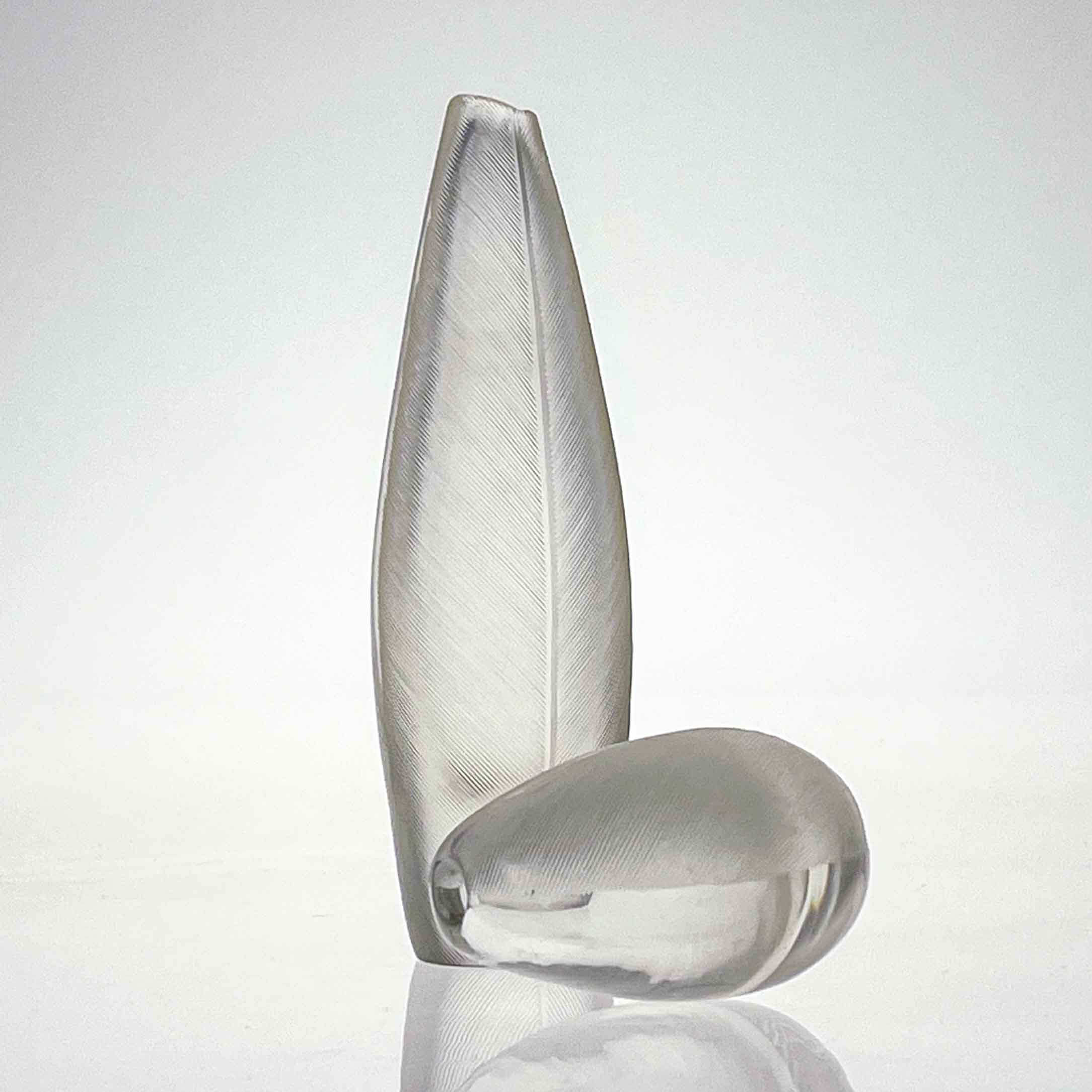 These rare objects were only produced by Iittala glassworks between 1956 and 1959. The front of the two art-objects art comb-cut in a V-shape with a recess in the middle. The back of the vases are polished.

Both are fully signed underneath the base in diamondpen: Tapio Wirkkala - Iittala - '57 (1957).

Both fully signed and dated: Tapio Wirkkala Iittala ’57 (1957) in diamondpen underneath the base. 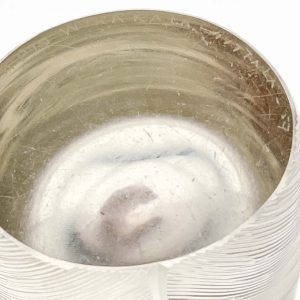 These art-objects are in good vintage condition, some scratches underneath the base consistent with age and use. Minor stains, tiny airbubbles and a minute inclusion in the small vase.