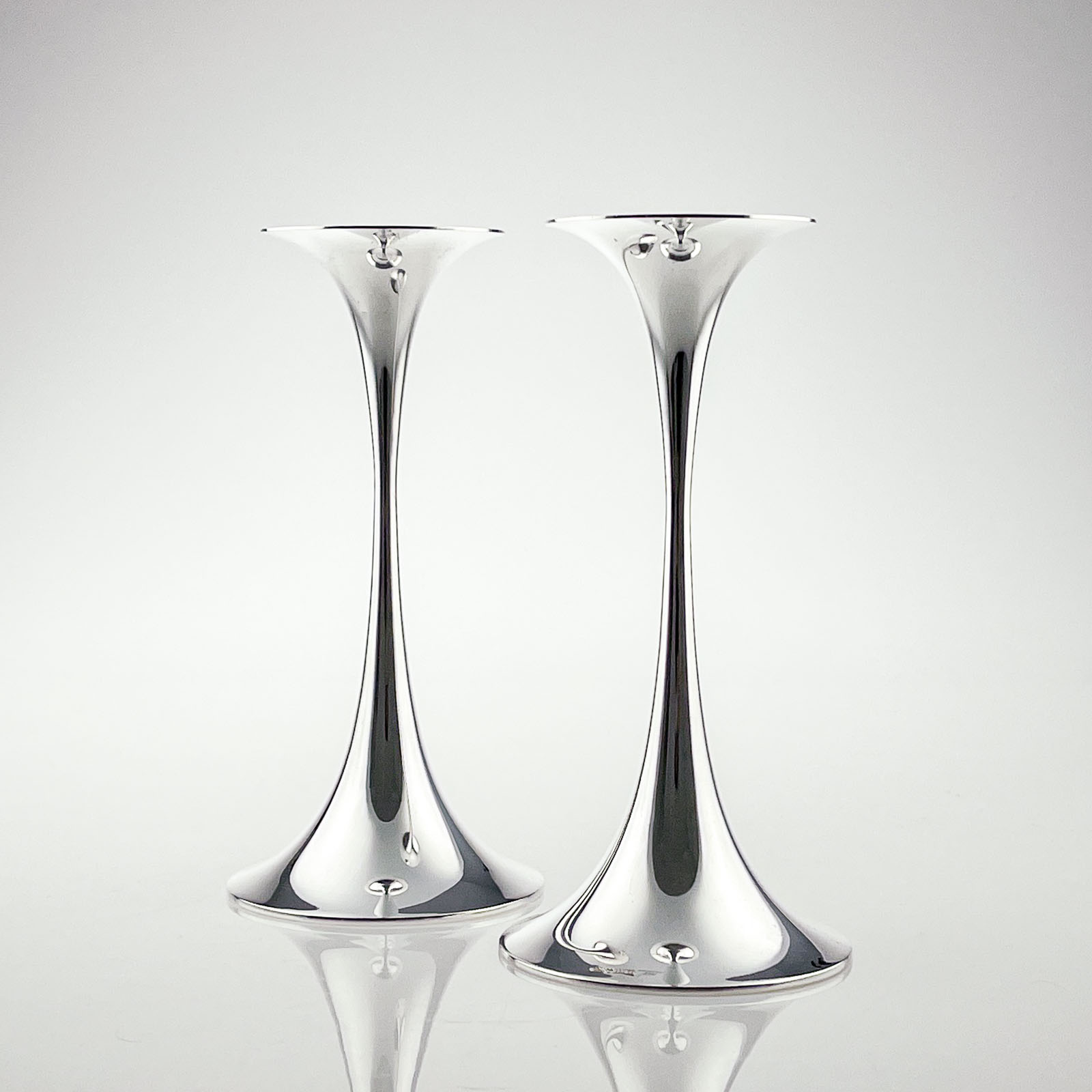 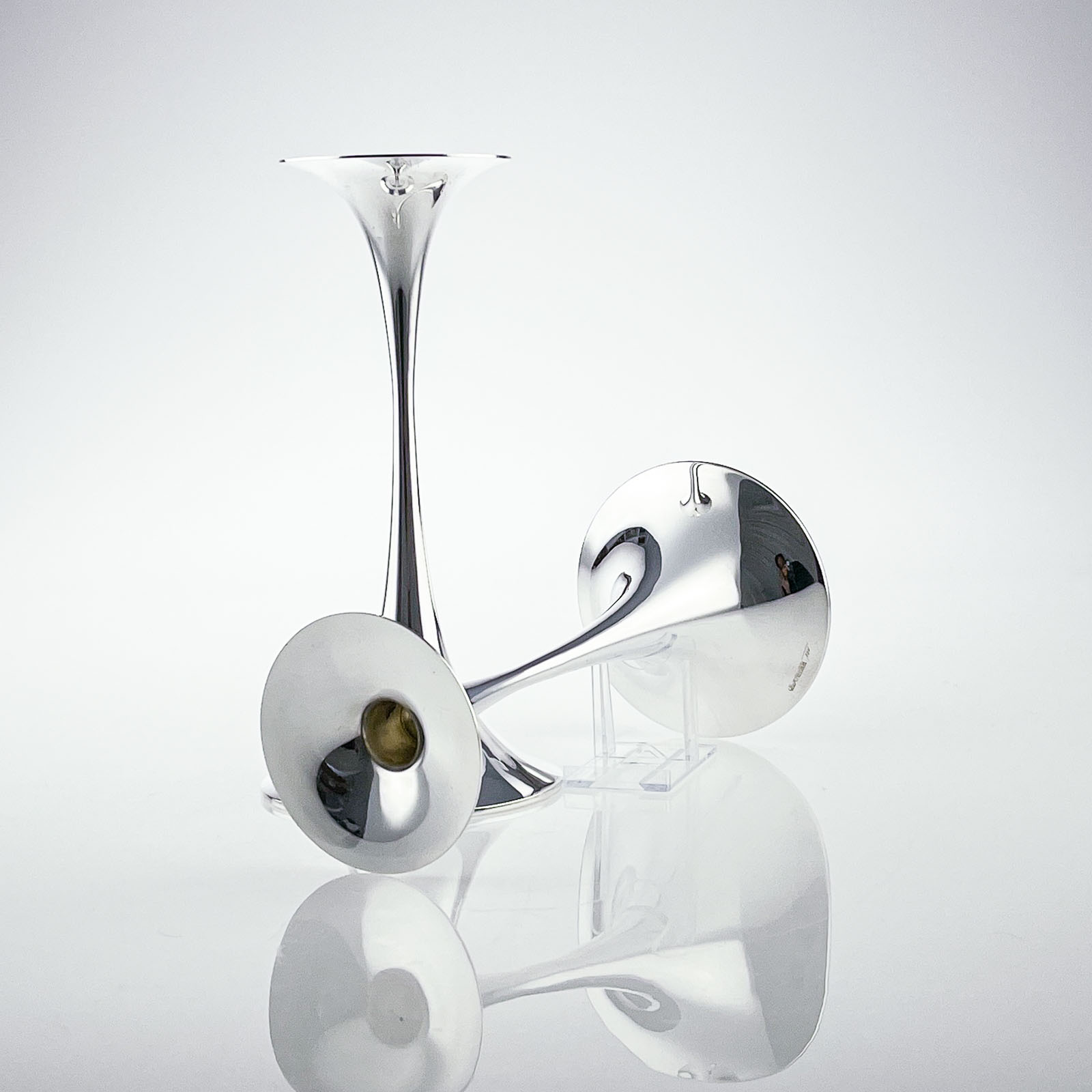 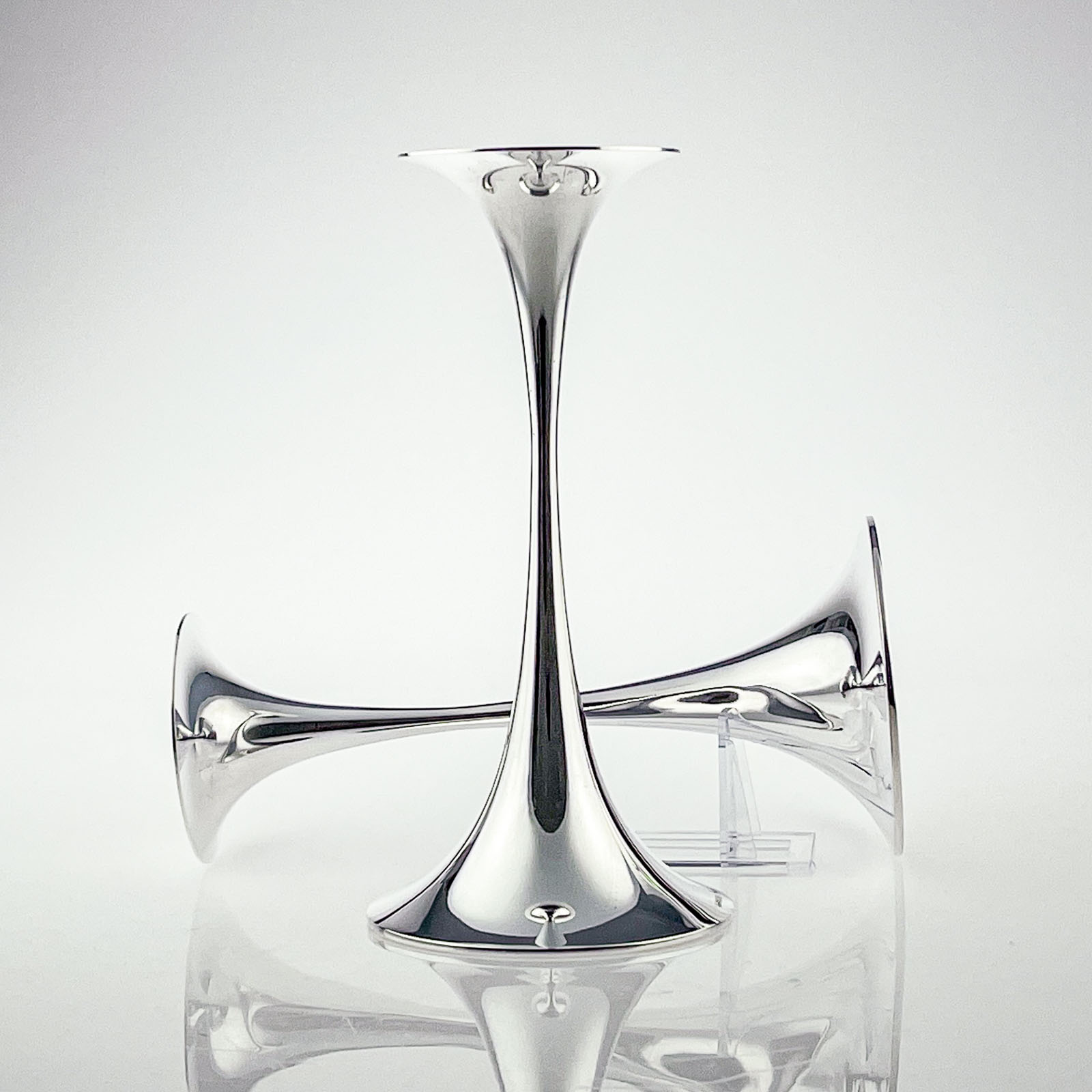 A largest size pair of silver “Trumpetti” candlesticks model TW 284, designed by Tapio Wirkkala in 1963. Executed by the craftsmen of Kultakeskus Oy in the town of Hämeenlinna in 1982.