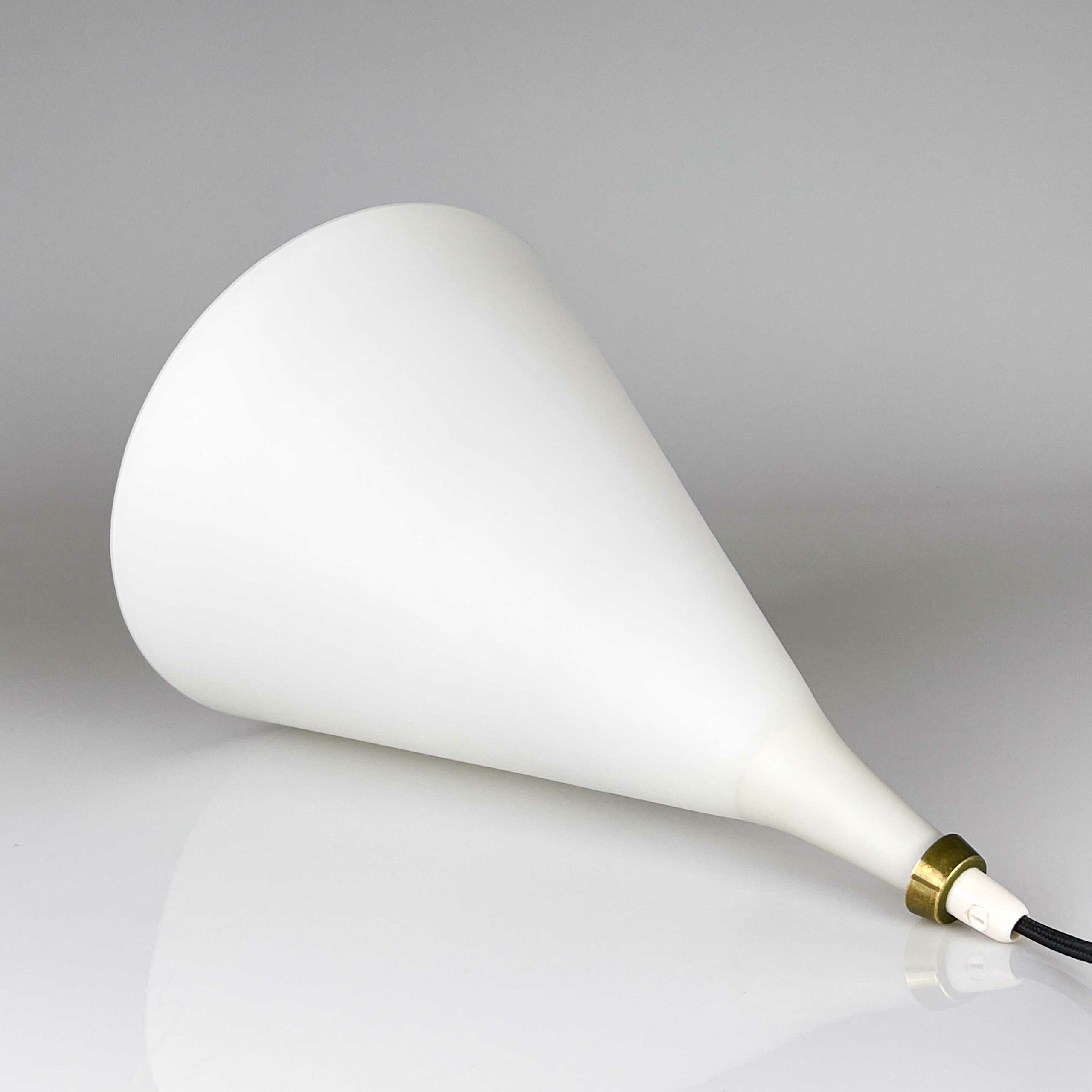 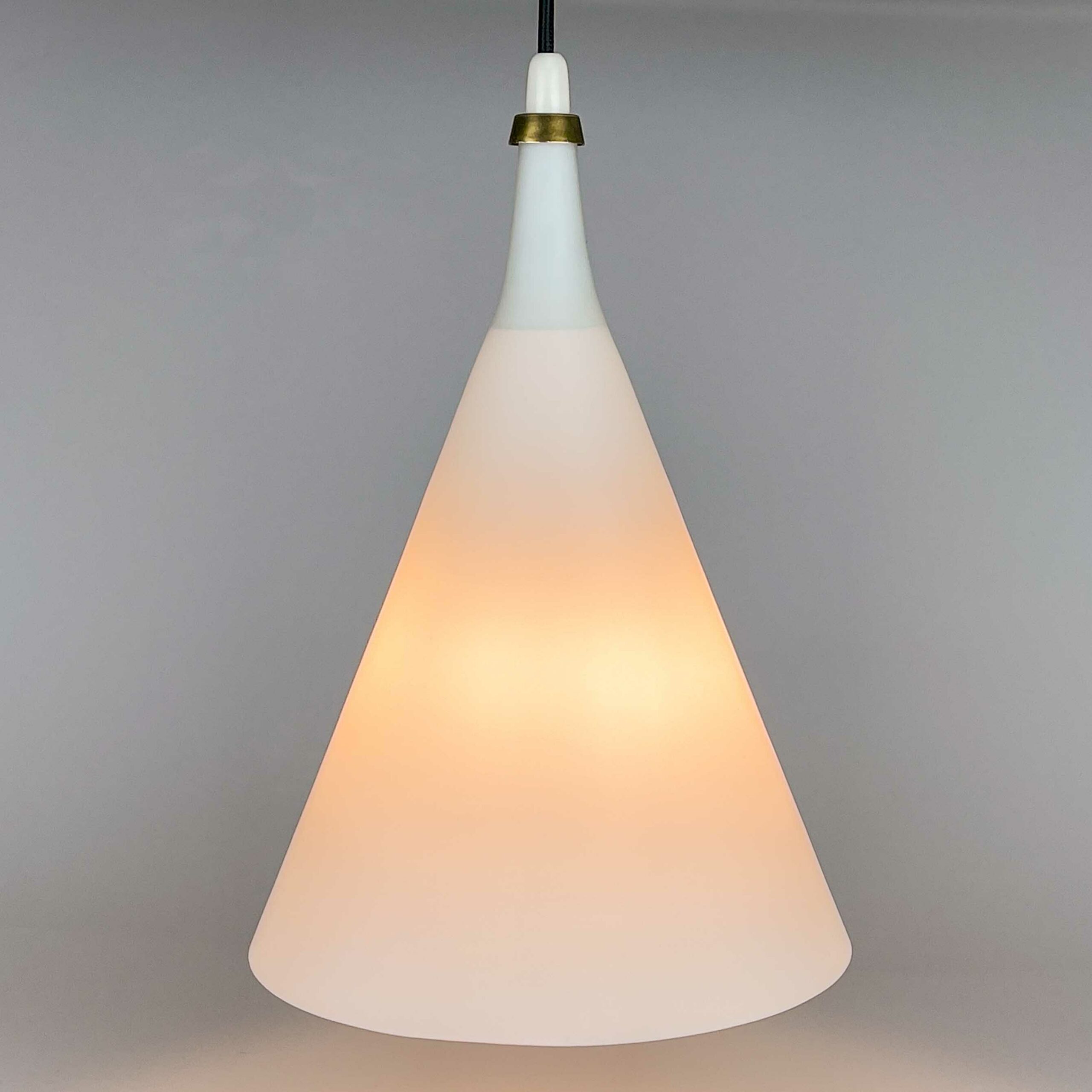 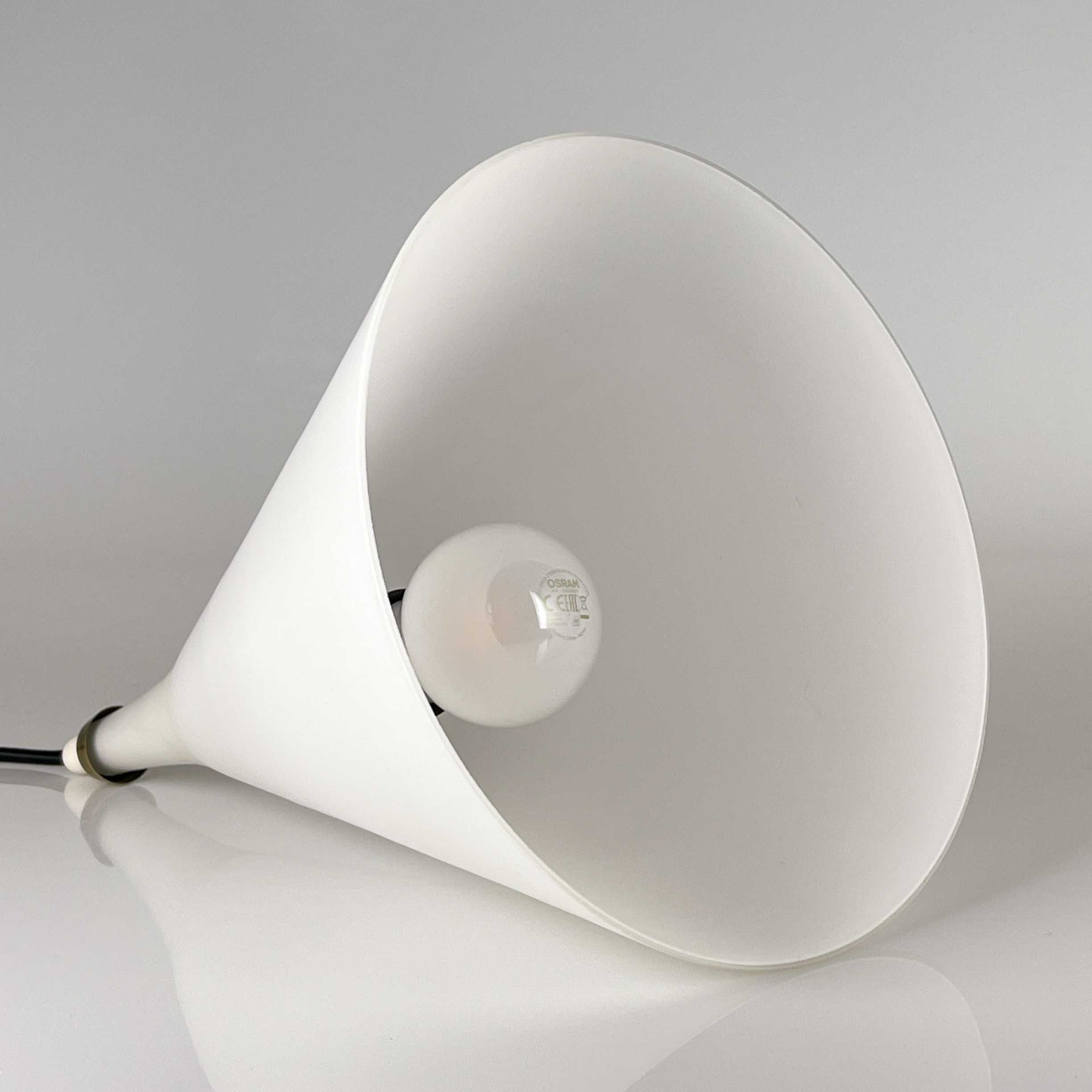 A "Triennaali" pendant / hanging lamp, model K2-40. Designed by Tapio Wirkkala for the Finnish section at the Milan Triennale of 1951. Executed by Iittala in collaboration with Idman.

The satin finished, opalescent glass lampshade was made by the famous Finnish glassworks Iittala. The shade is crowned with a brass plate on top.

The "Triennaali" pendant was produced between 1951 and 1981 and has since not been in production. Our estimation is that this pendant has been produced in the late 1950's or in the 1960's.

Iittala in collaboration with Idman - 1960's

The pendant is in good vintage condition. No chips or cracks in the shade.

We replaced the wiring, for safety reason. The original bulb socket has been preserved.

The original ceiling rose unfortunately wasn't there anymore when we bought the lamp so we will supply a new ceiling rose / cap for your convenience.