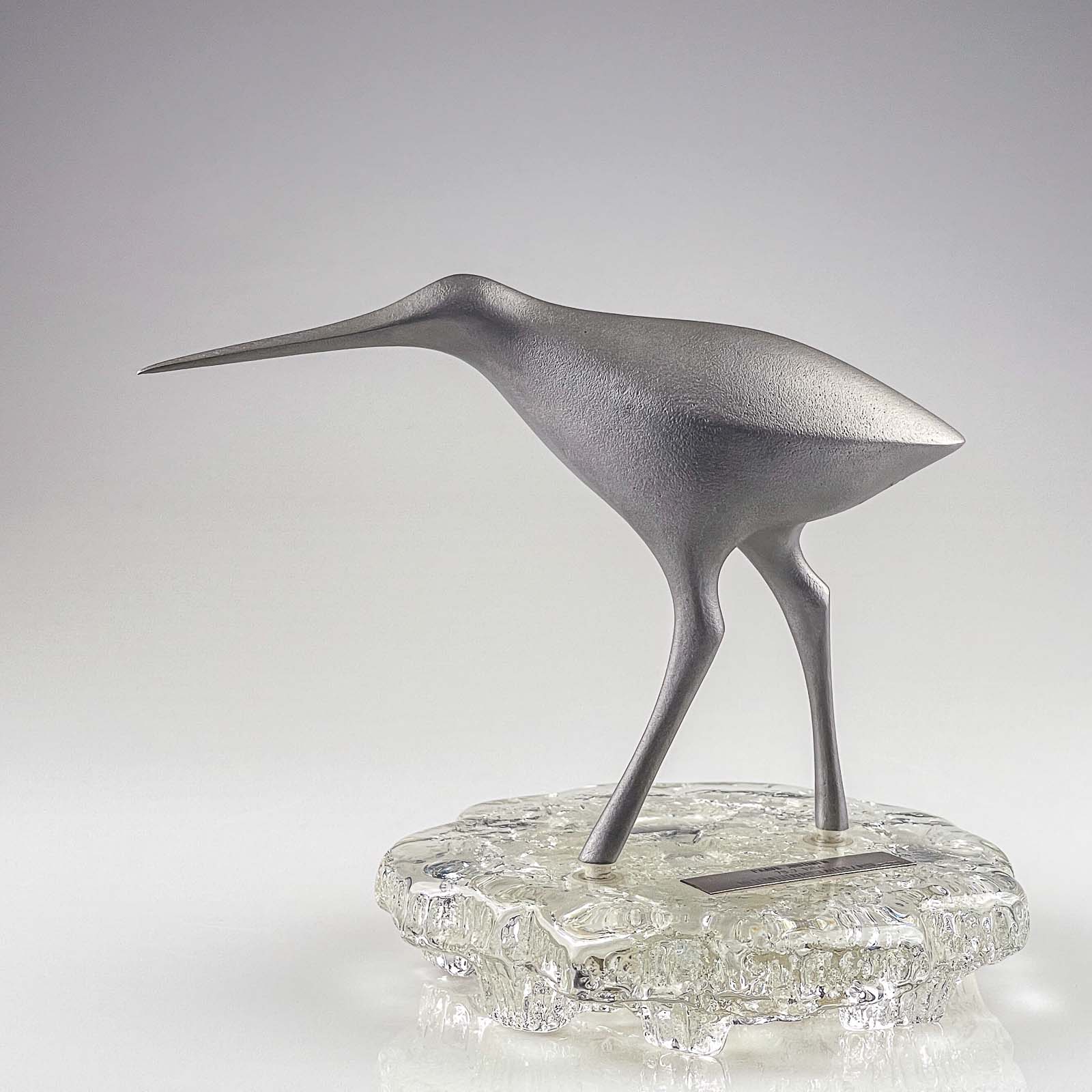 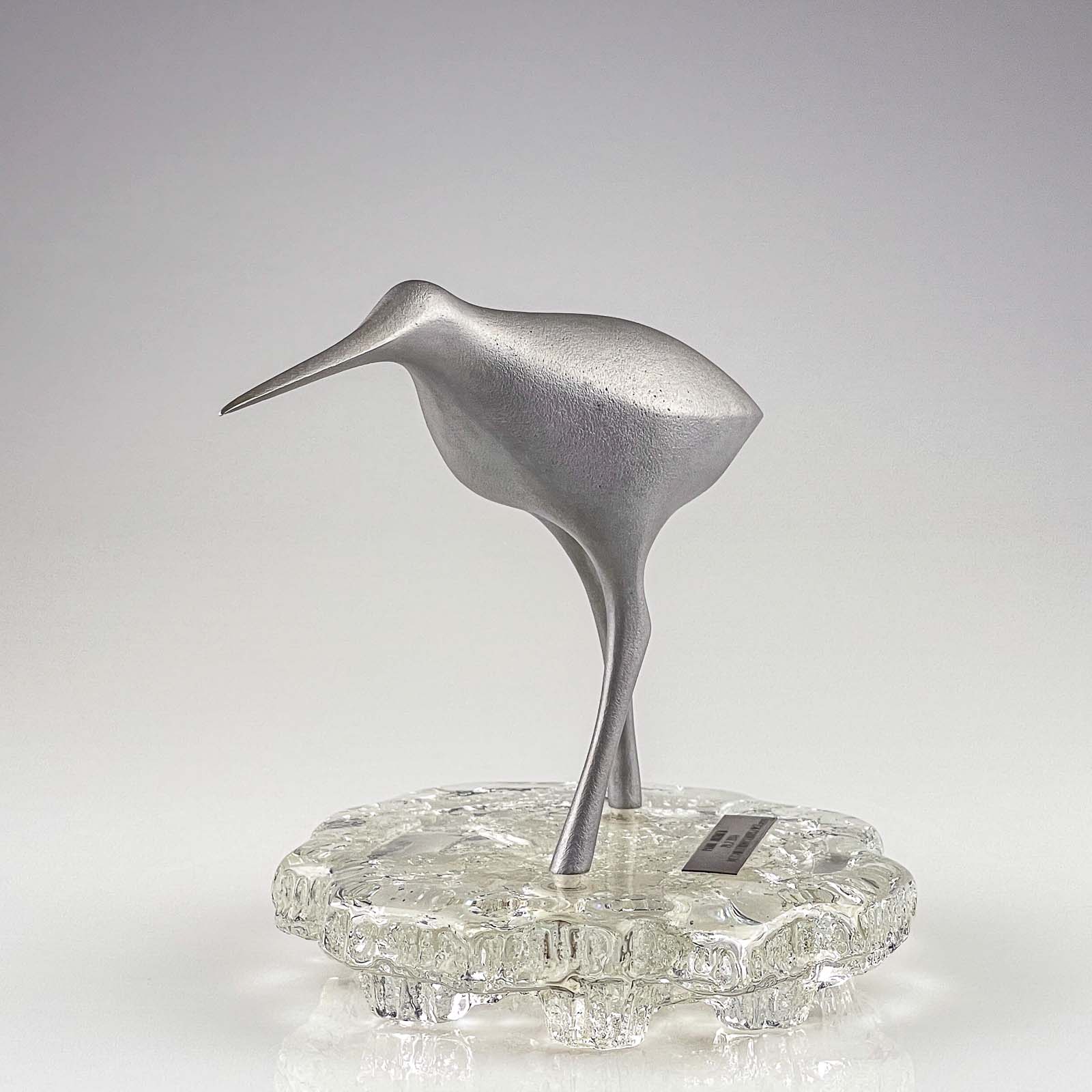 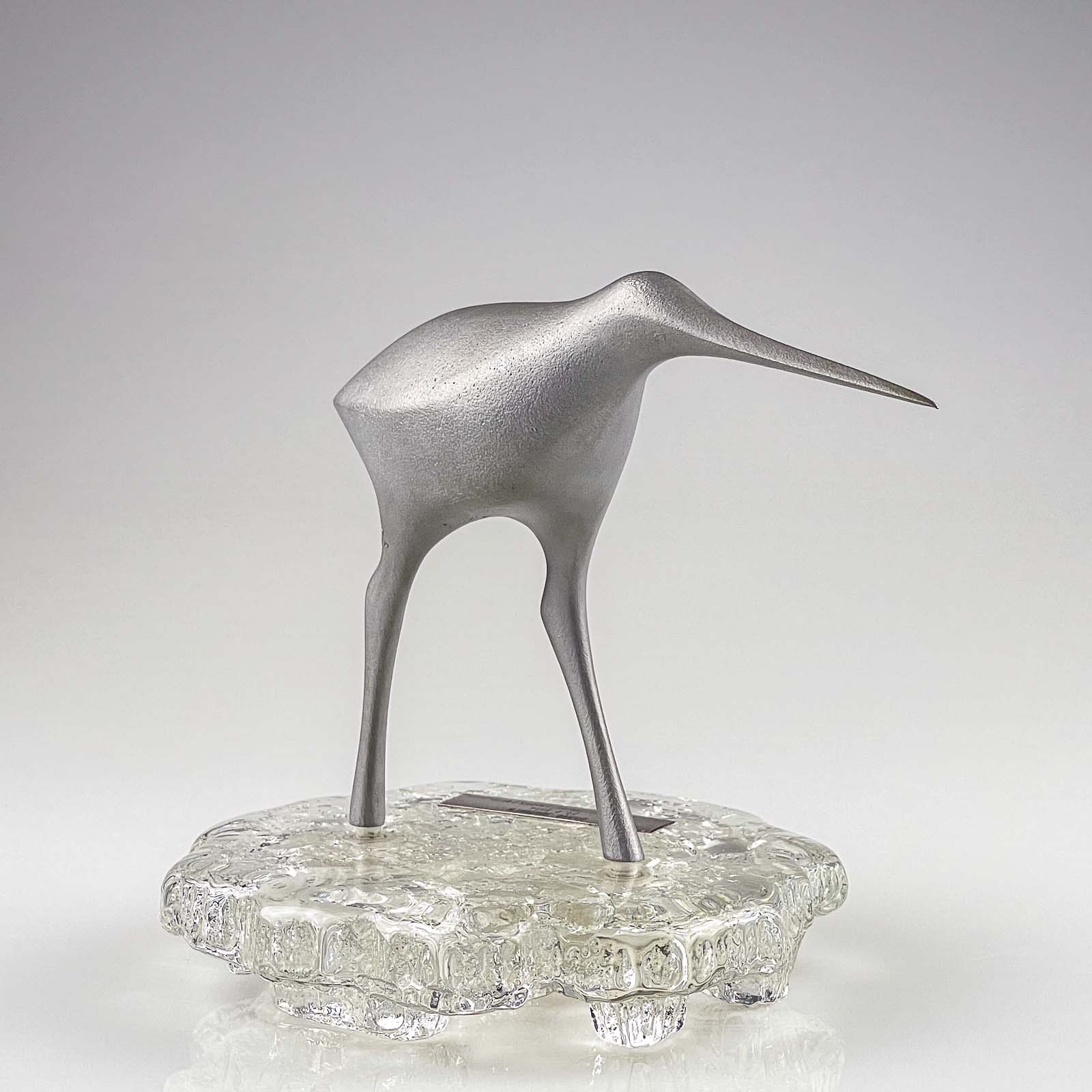 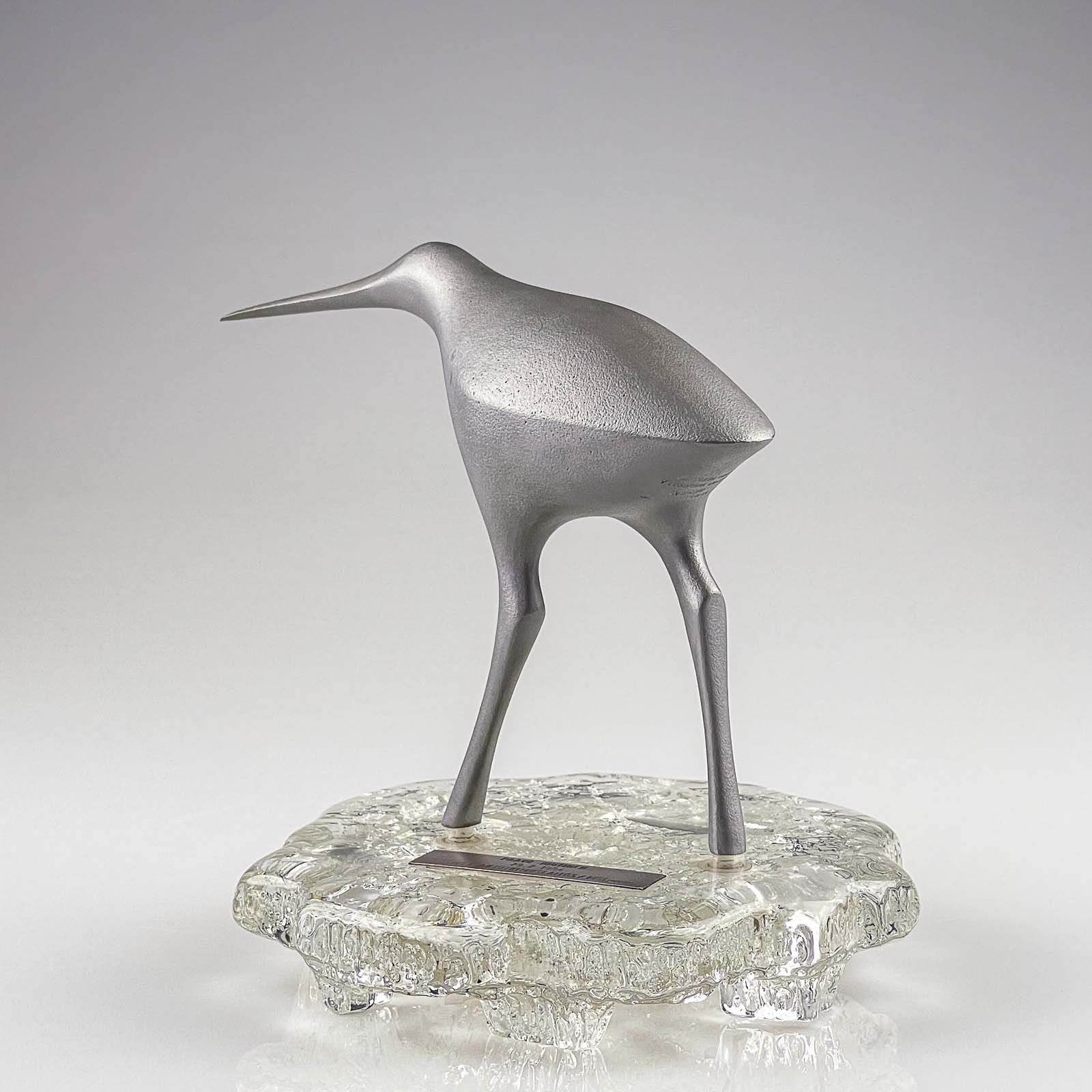 Tapio Wirkkala (1915 Hanko, Finland - 1985 Helsinki, Finland) A giant of Finnish design, Wirkkala was an artist of great diversity for whom no material was alien and who left no area of design unexplored. Suokurppa

This particular sculpture was made of aluminium than painted with a silver coloured paint and is mounted on a glass mount. The sculpture is marked underneath the tail: Kultakeskus Oy Design: Tapio Wirkkala.

The glass base is marked underneath the base: Tapio Wirkkala. Due to Wirkkala's long standing association with the Iittala glassworks it's save to say these bases were made there. On the top of the base the sculpture bears a Silver plate with engraved dedication and date: 29-2-1984. It is very likely this piece was made in that year.