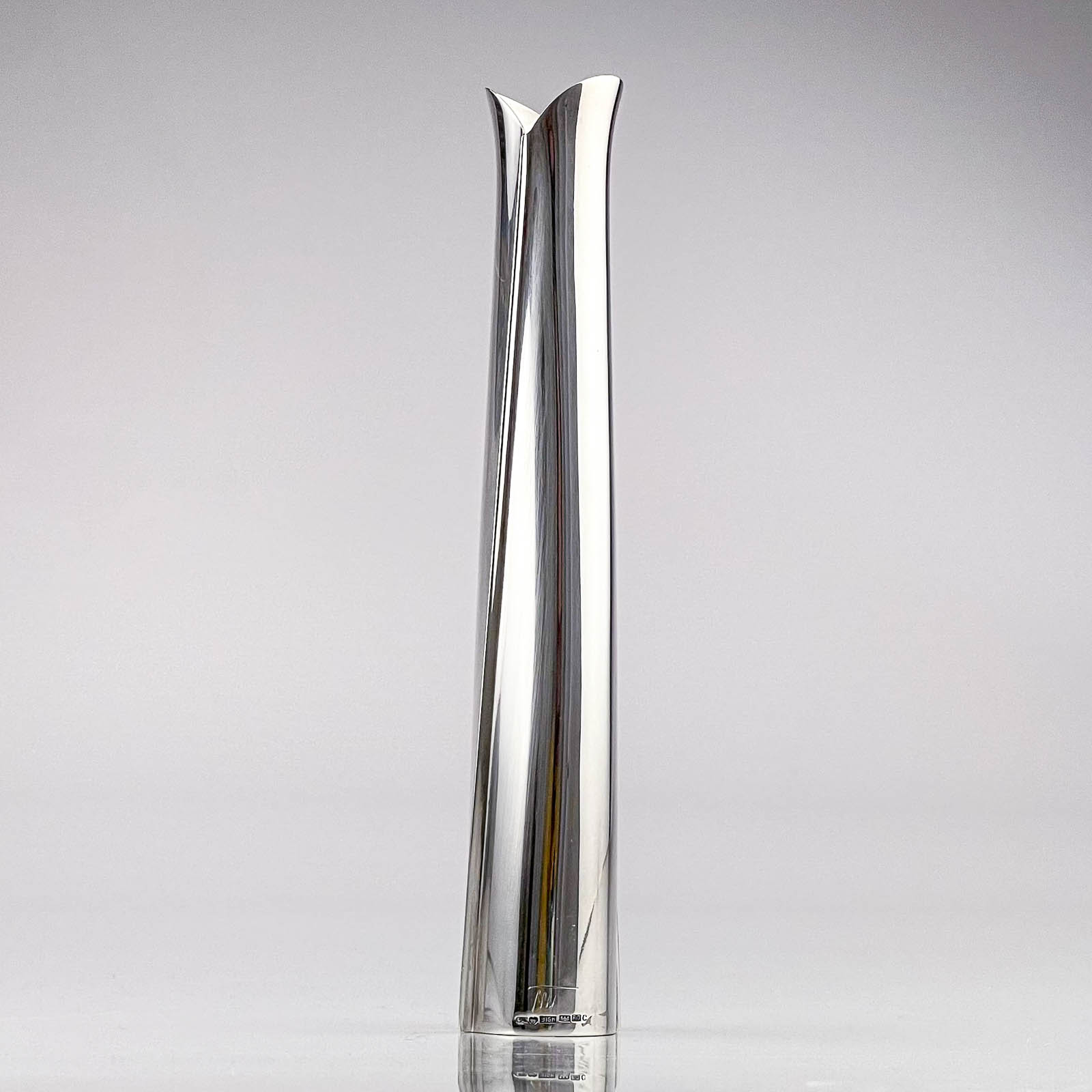 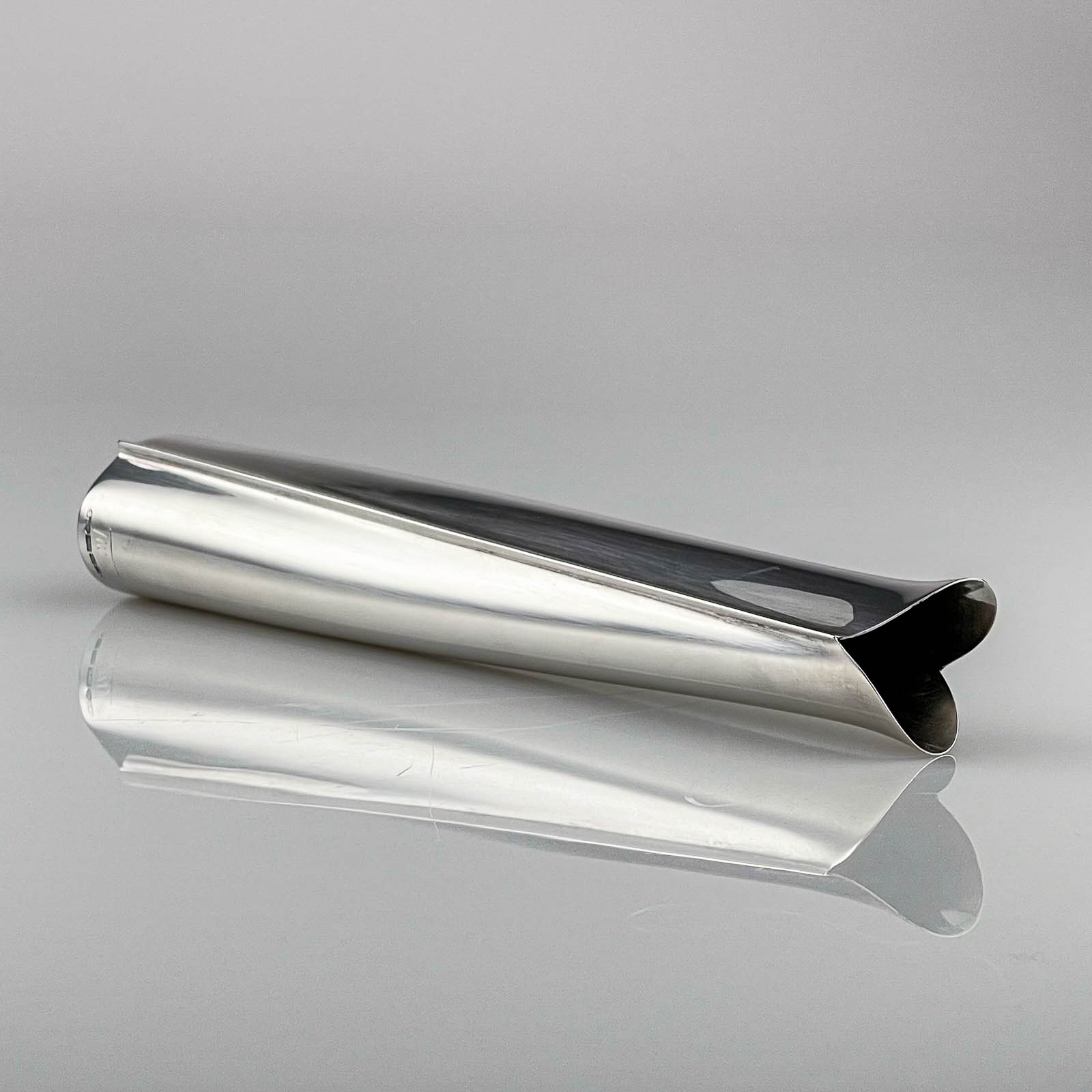 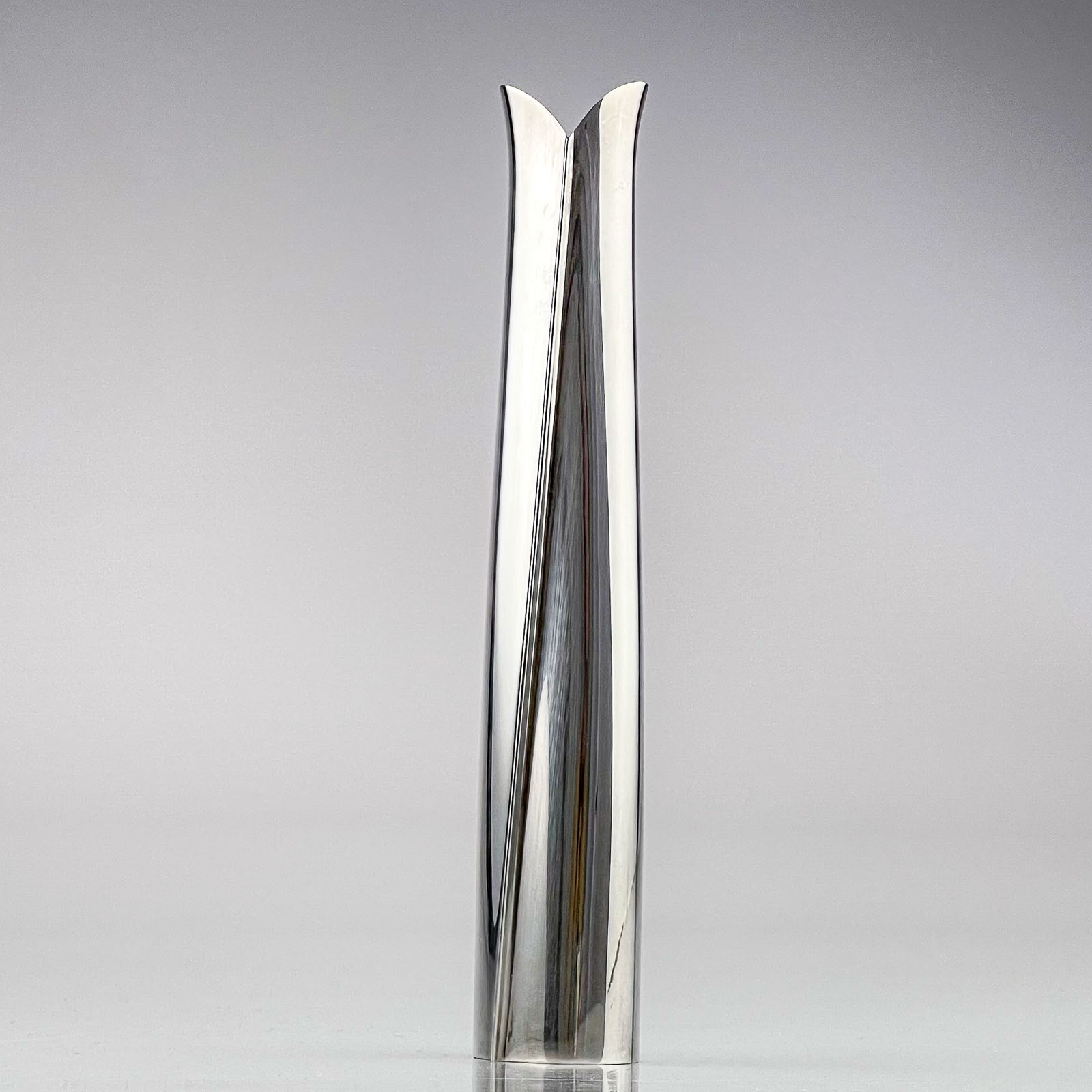 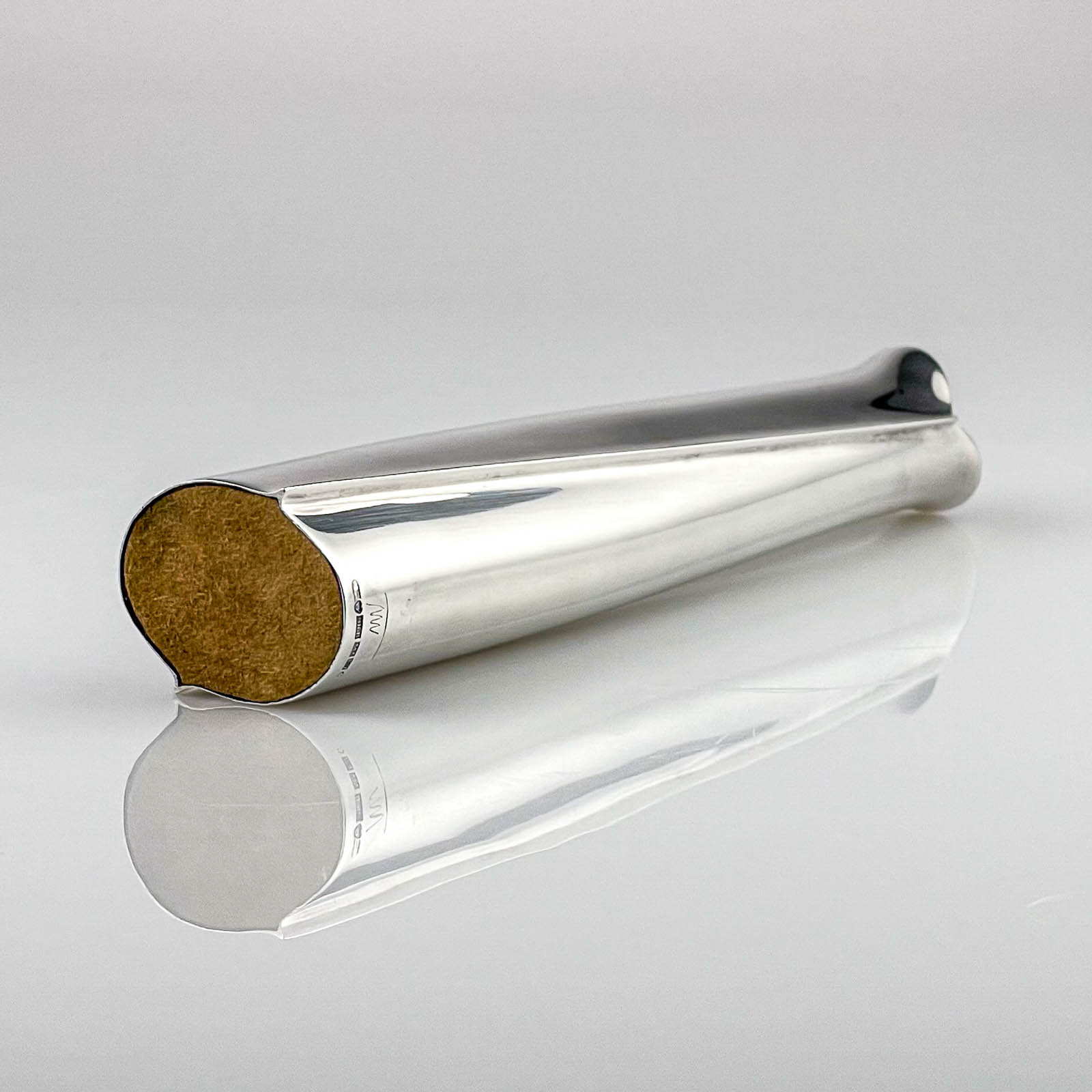 A first grade silver (Sterling) flower vase / art object, designed in 1954 by Tapio Wirkalla and executed by the silversmiths of Kultakeskus in 1959.

The shape of the vase is oval with two accolades on either side, that taper in a loop to the top and terminate in two outwardly curling lips.

This art object is model TW 34 in the oeuvre of the Finnish master and was released in serial production in one size, namely 19 cm high. This particular specimen is a fine early example and is fully marked and in good vintage conditions (no inscriptions or dents).