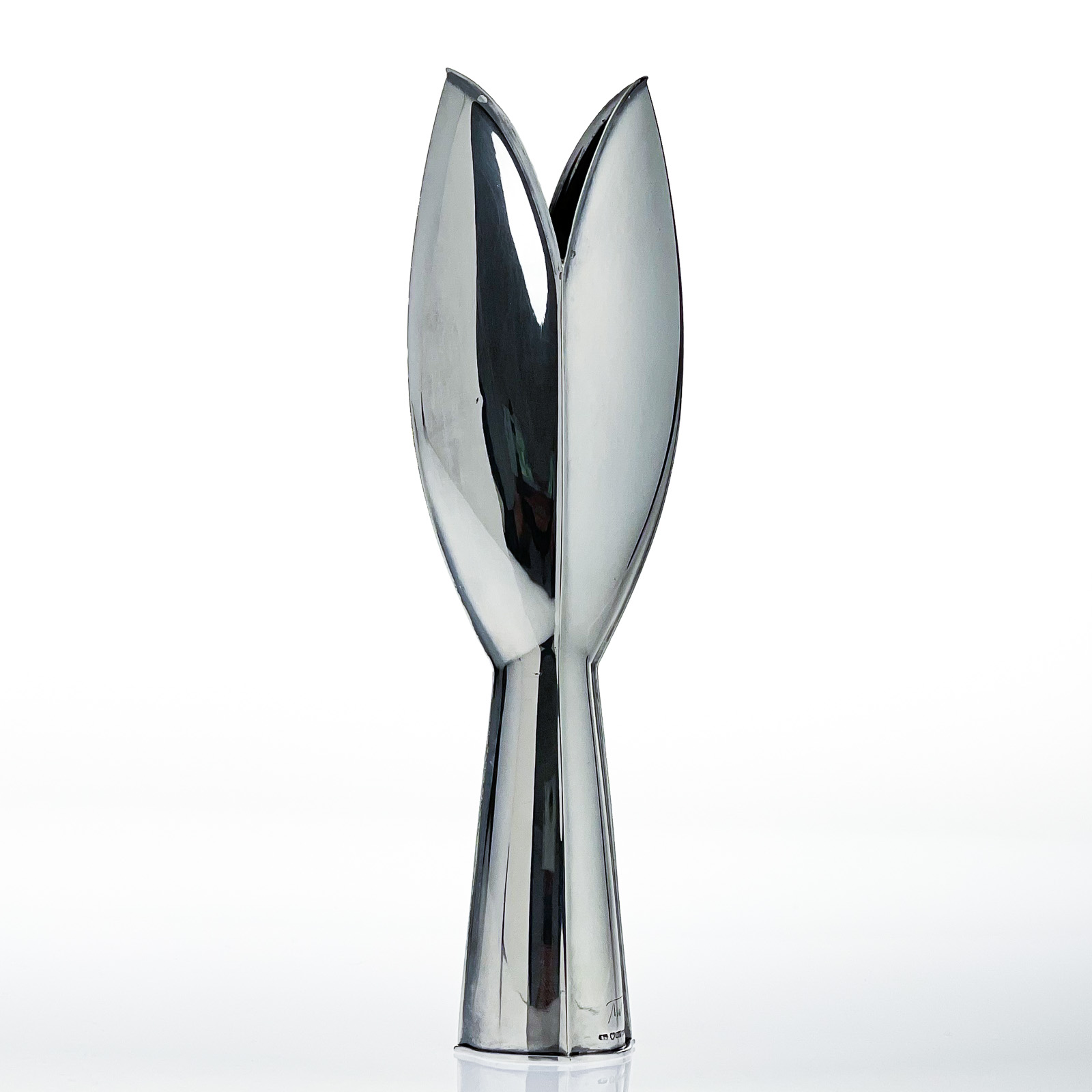 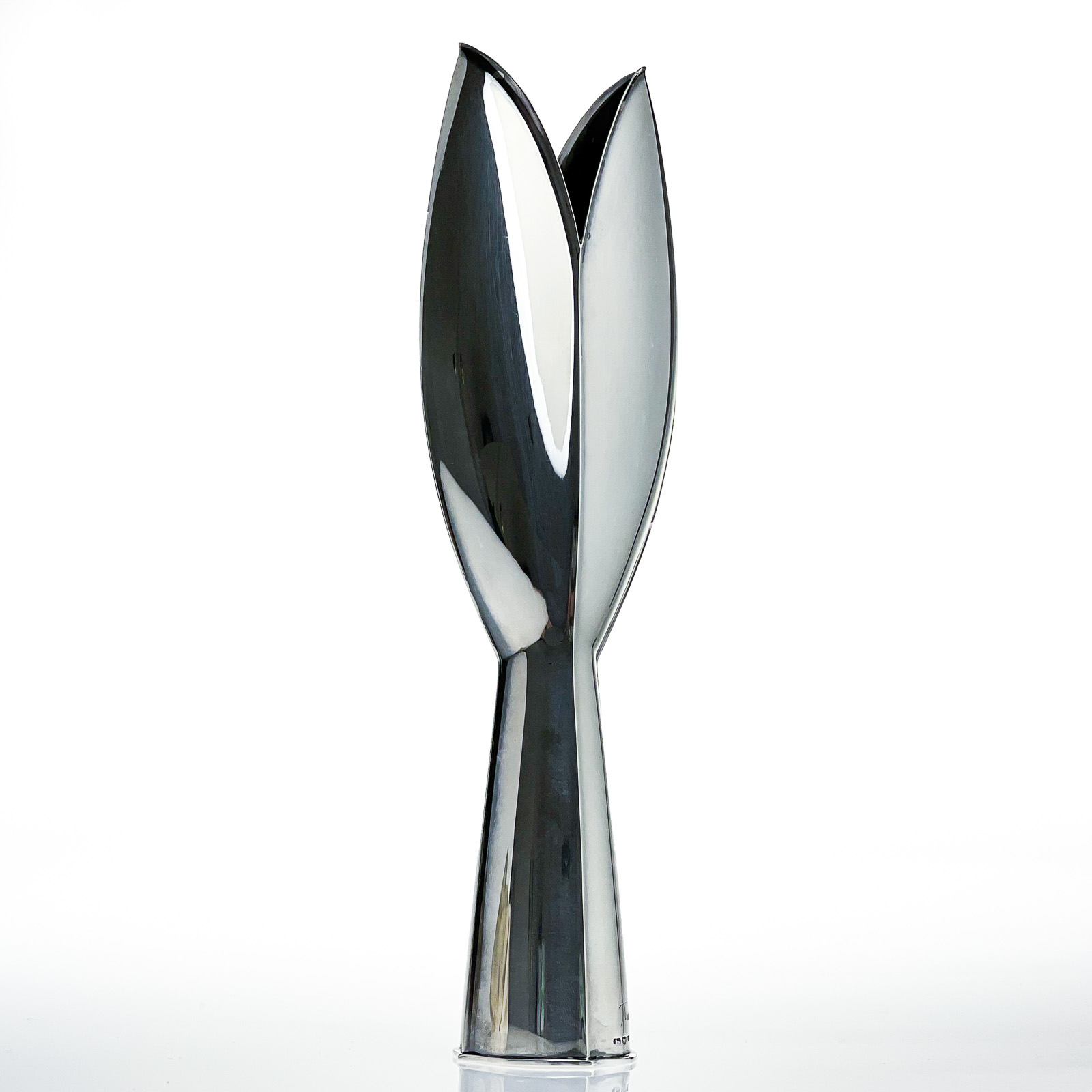 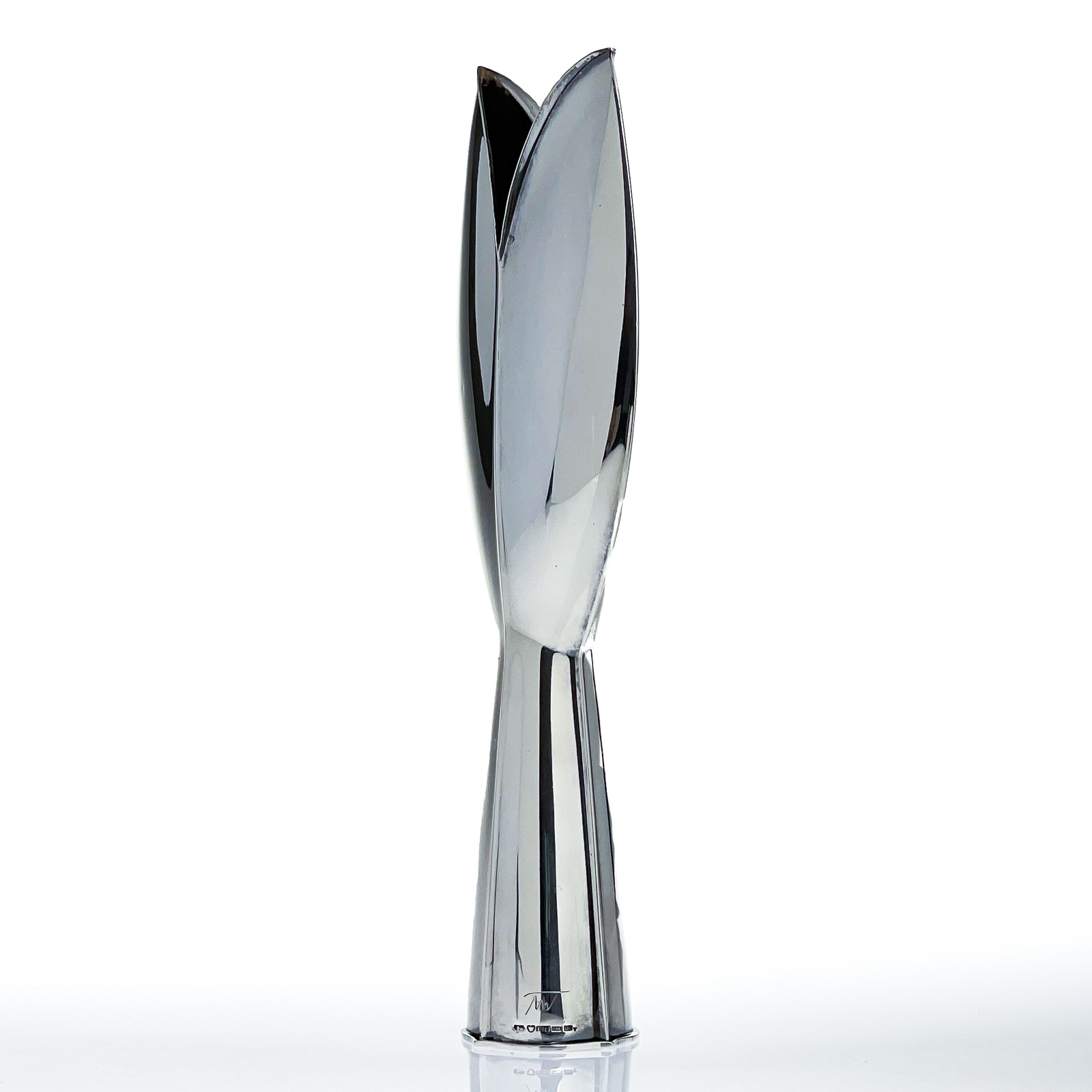 Tapio Wirkkala (1915 Hanko, Finland - 1985 Helsinki, Finland) A giant of Finnish design, Wirkkala was an artist of great diversity for whom no material was alien and who left no area of design unexplored. Wirkkala Tulip

Tulip shaped vase. Oval-shaped at the top, with folded edges. From where the leaves touch Accolade shapes were worked into the object, ending in a rounded base with Accolades on the four opposite sides.

Tapio Wirkkala designed this object in 1954 and they were handmade to order in three sizes: 30, 22 and 18 cm. This particular TW 2 is a beautiful early medium sized example - measuring 24.2 cm in height - and was handmade to order by the craftsmen of Kultakeskus Oy in the Finnish city of Hämeenlinna in 1957. Fully marked underneath.