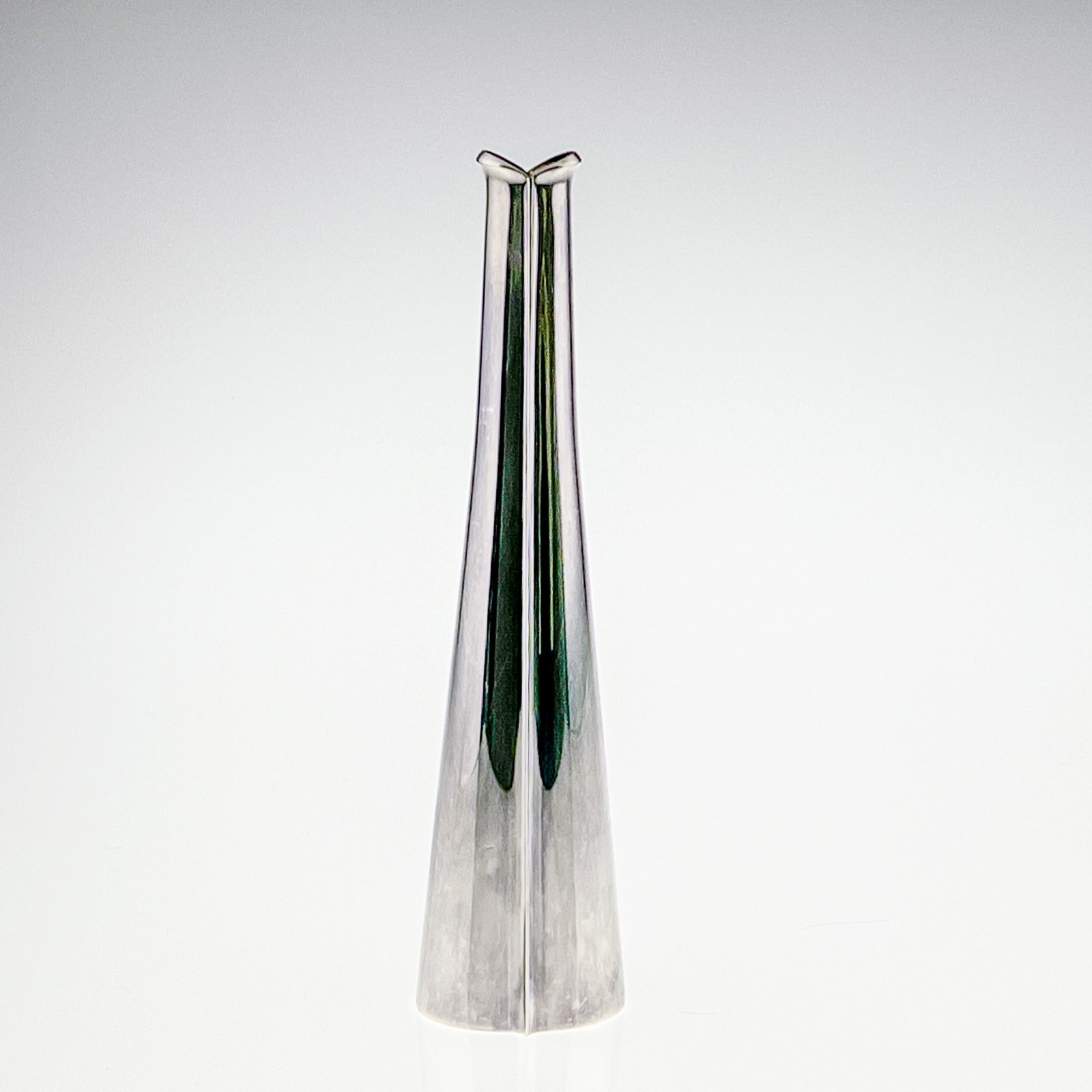 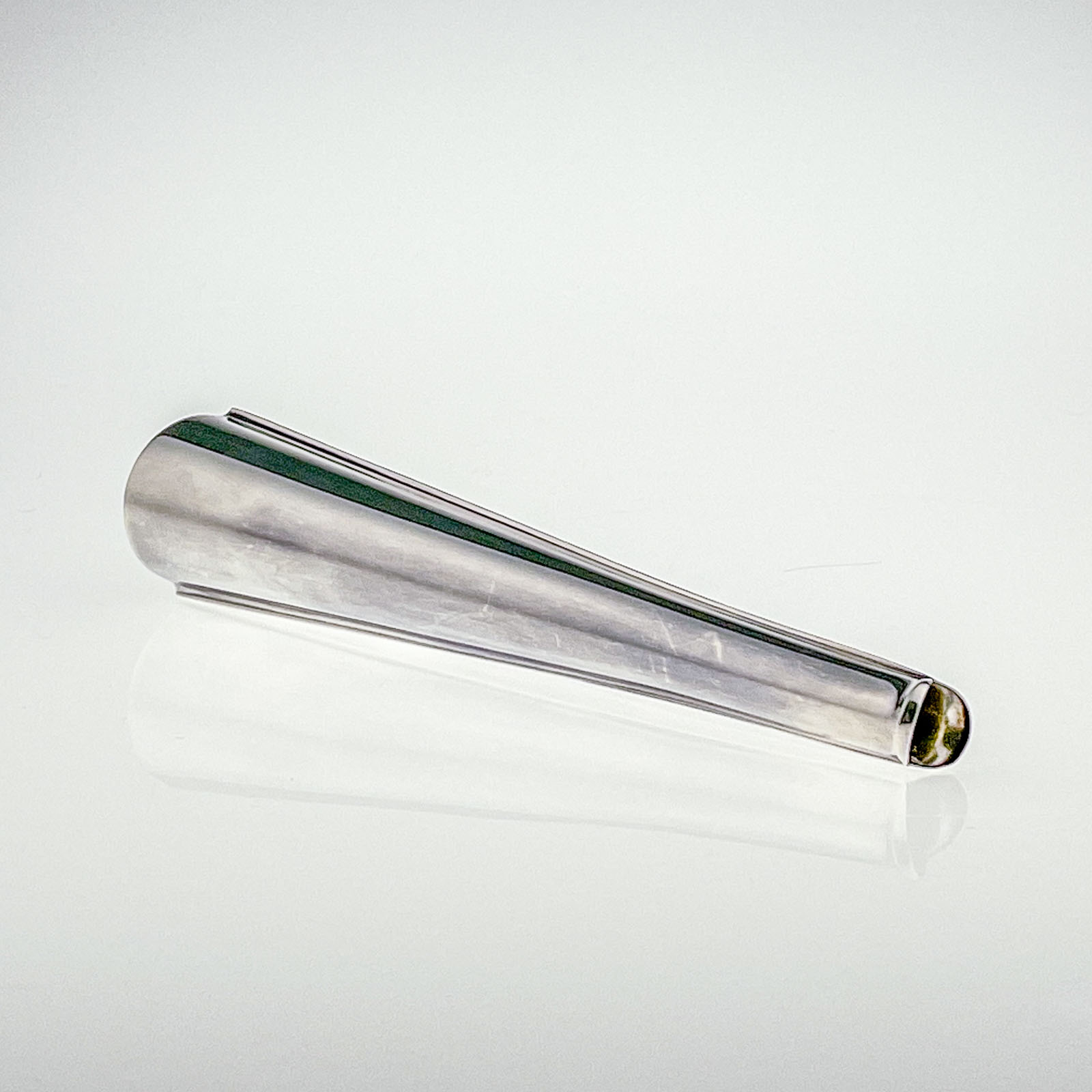 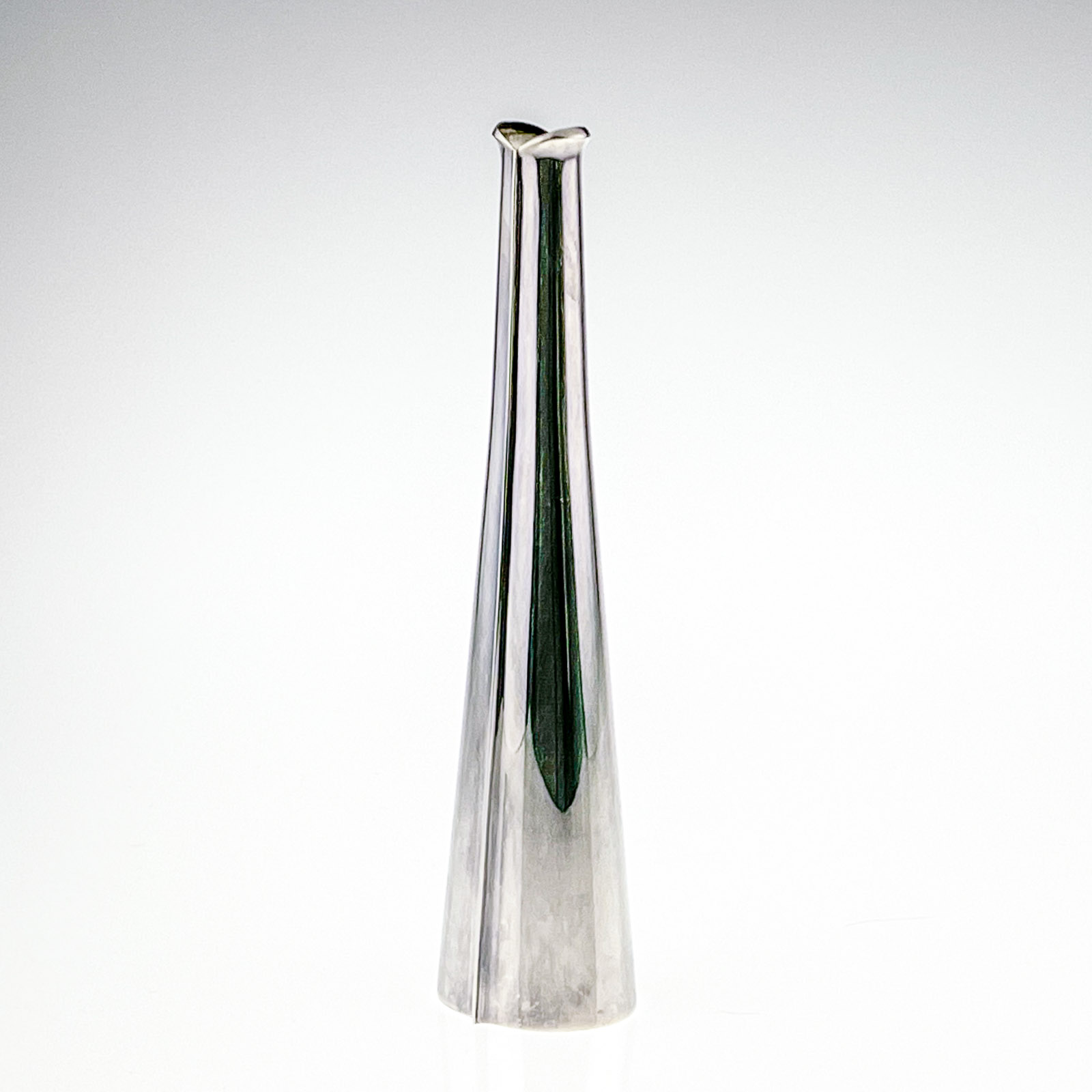 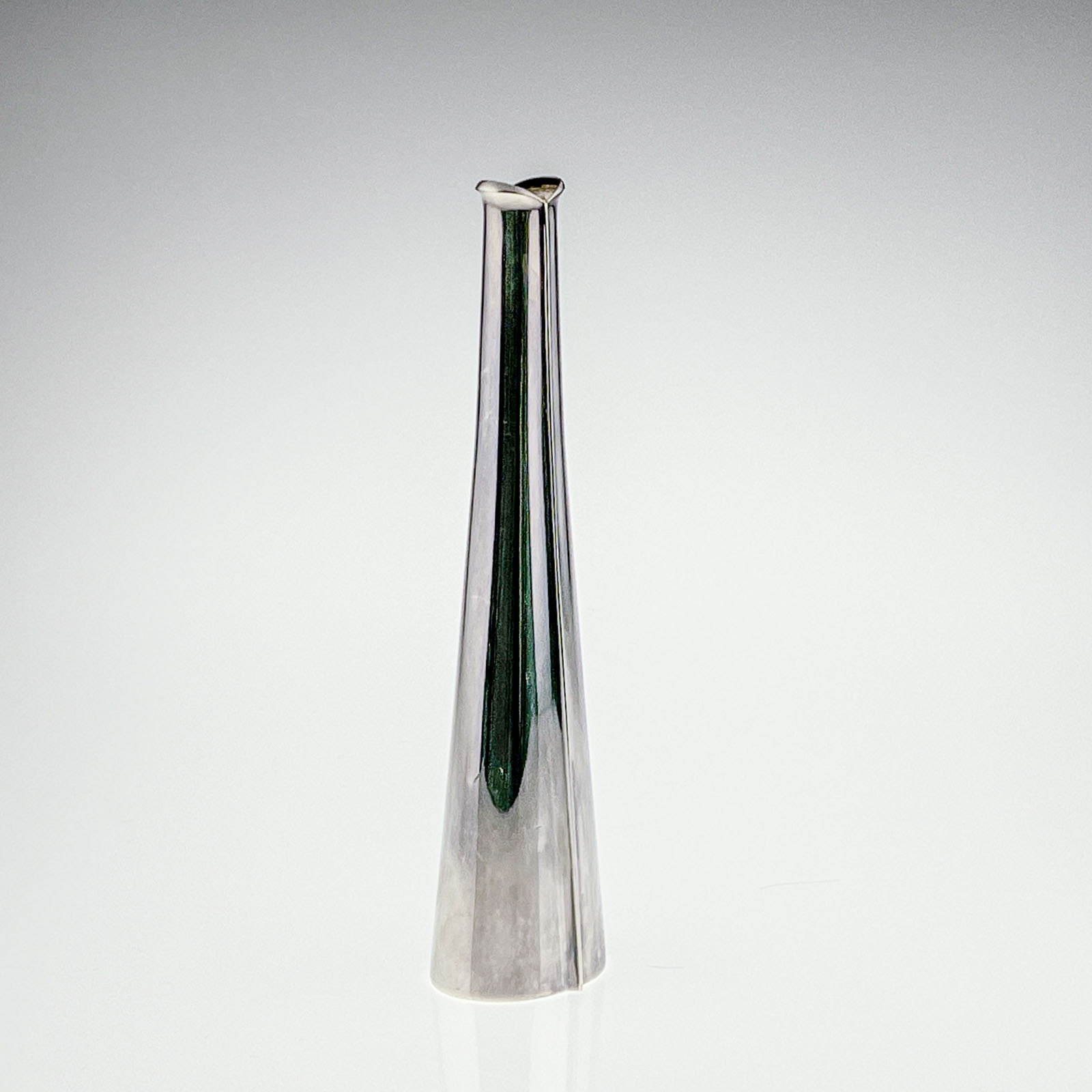 A first grade silver (Sterling) flowervase / art object, designed circa 1954 by Tapio Wirkalla and executed by the silversmiths of Kultakeskus in 1962.

This object has not been included in the oeuvre catalogue and therefore has no known modelnumber.

The shape of the flowervase is oval with two accolades on either side, that run straight to the narrow top and terminate in two outwardly curling lips. 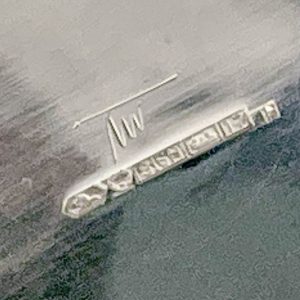