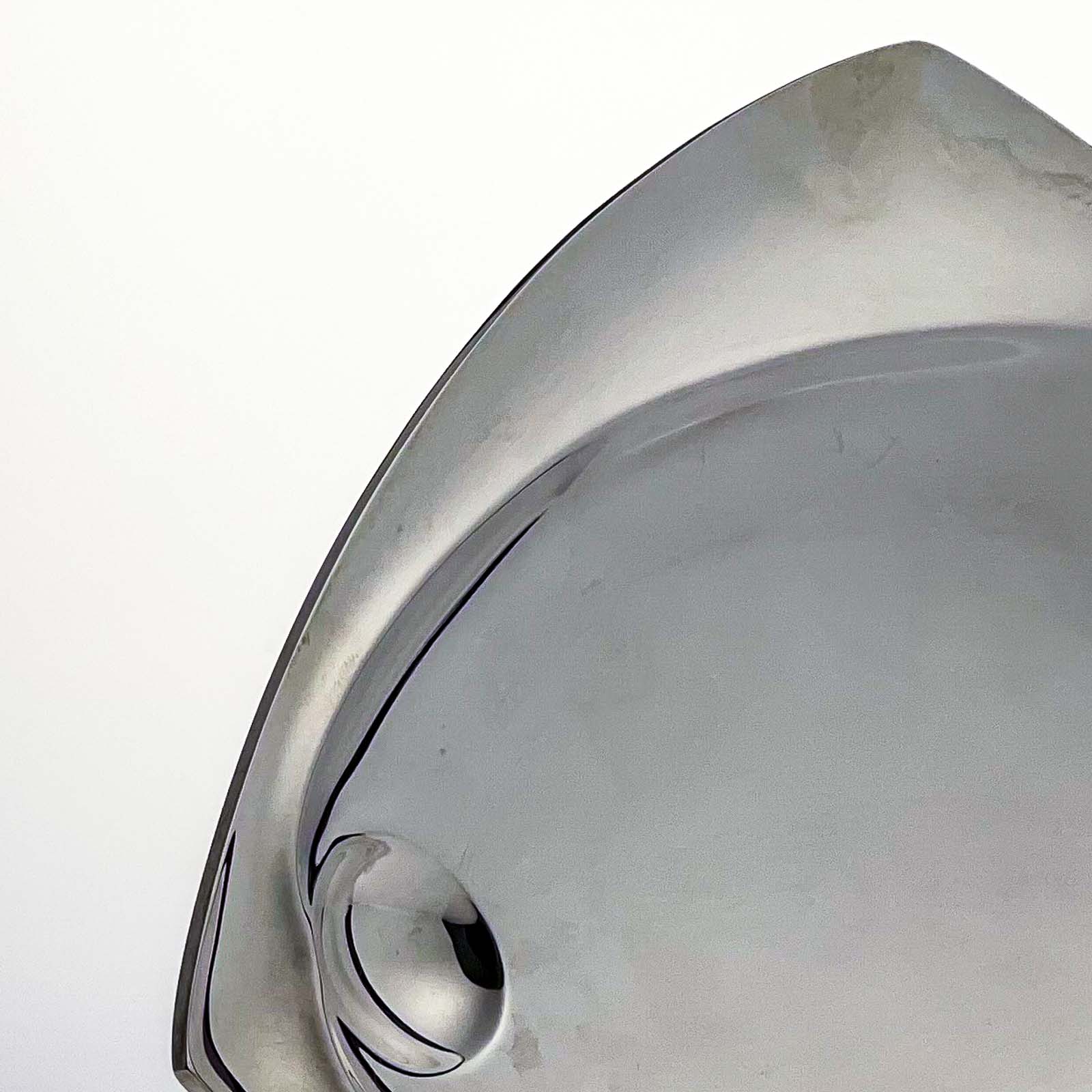 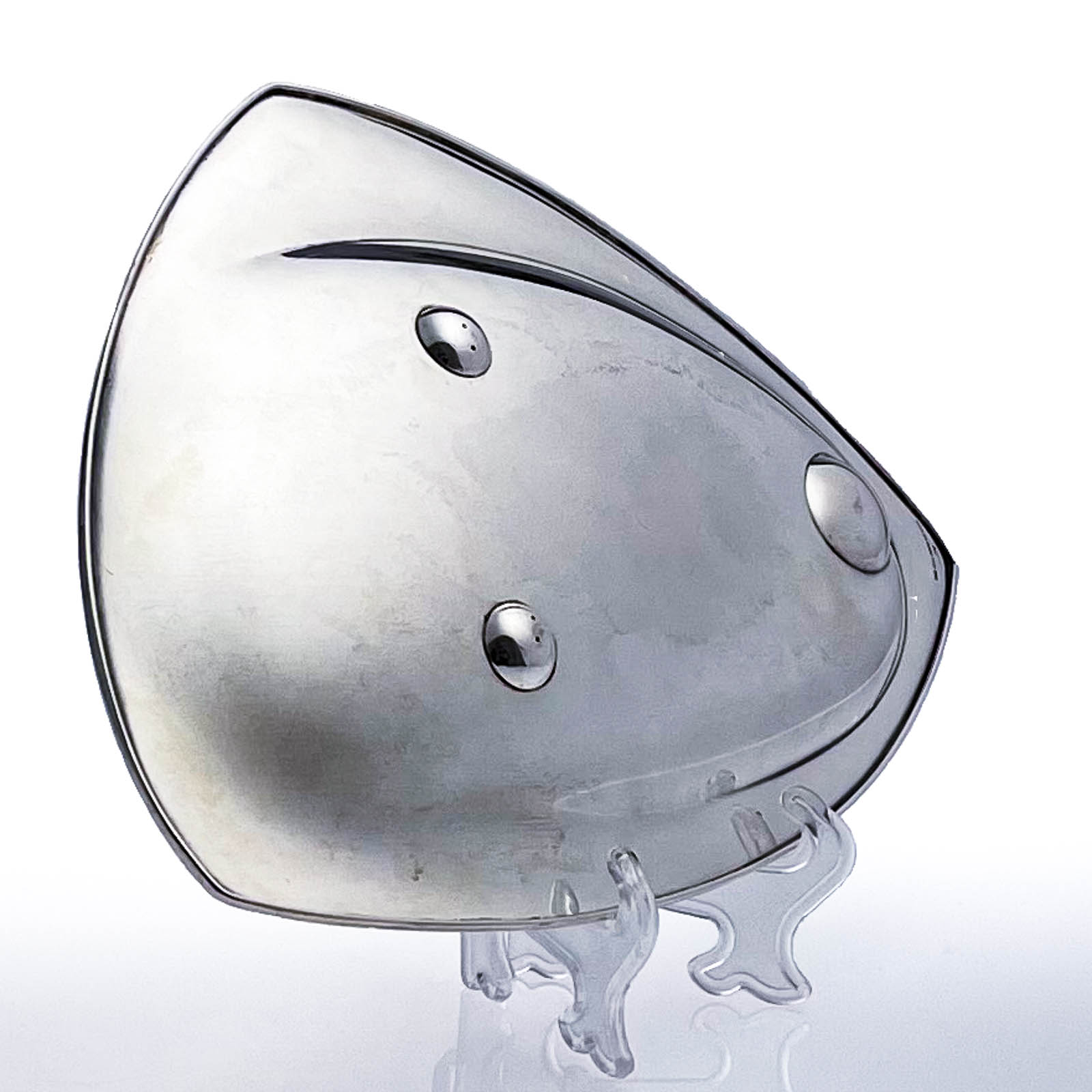 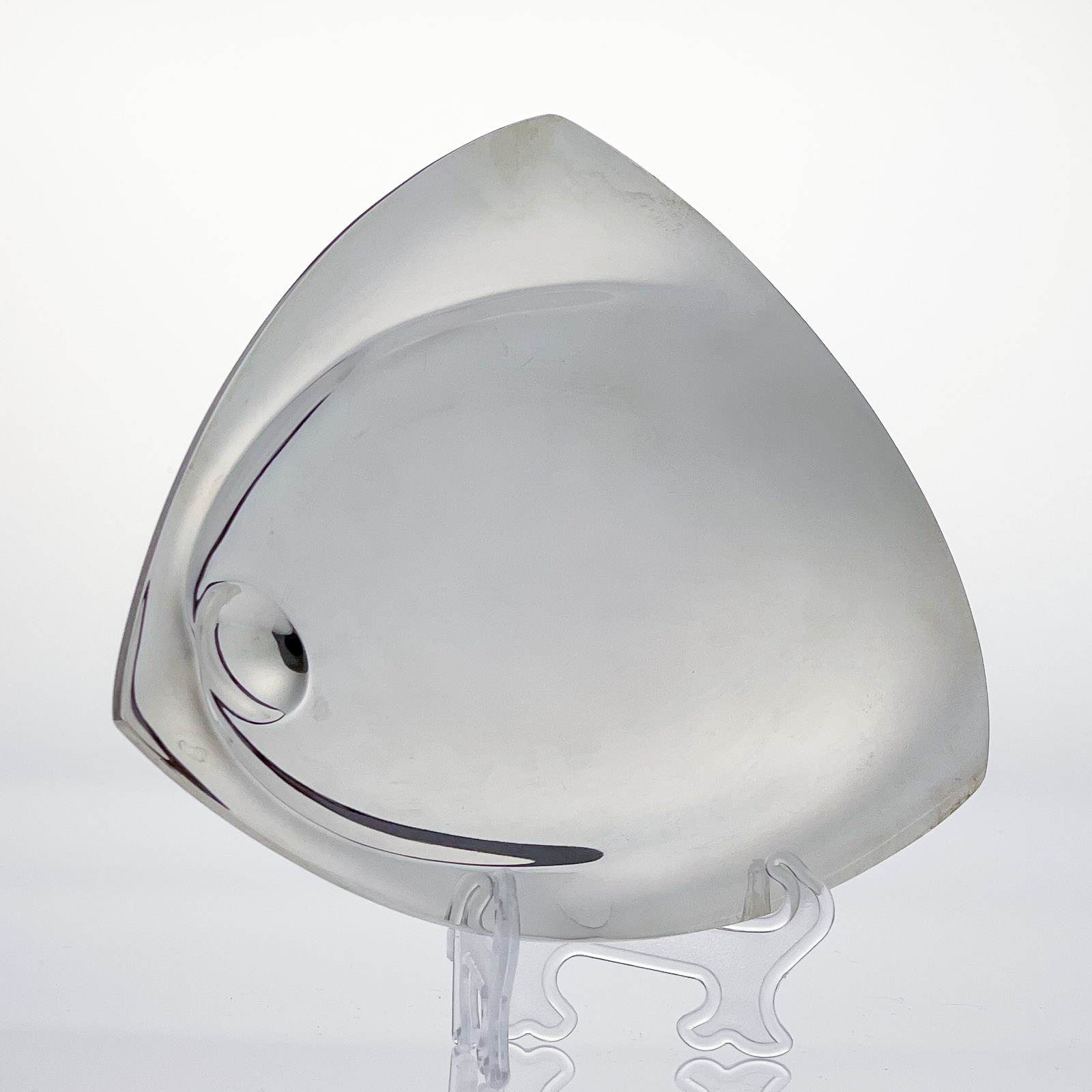 A Sterling silver curved triangular dish, with two oval-shaped inwardly hammered surfaces. The smaller one functioning as one of the three feet. The two other feet are semi-hemispherical and fixed underneath the base.

This beautiful piece was designed by Tapio Wirkkala in 1956,and handcrafted by the craftsmen of Kultakeskus, Hämeenlinna Finland in 1963. Silver fineness is 916H (916/1000). Fully marked underneath. 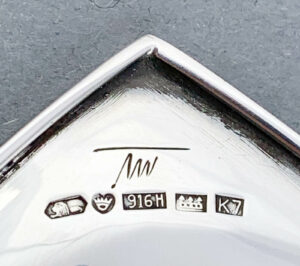