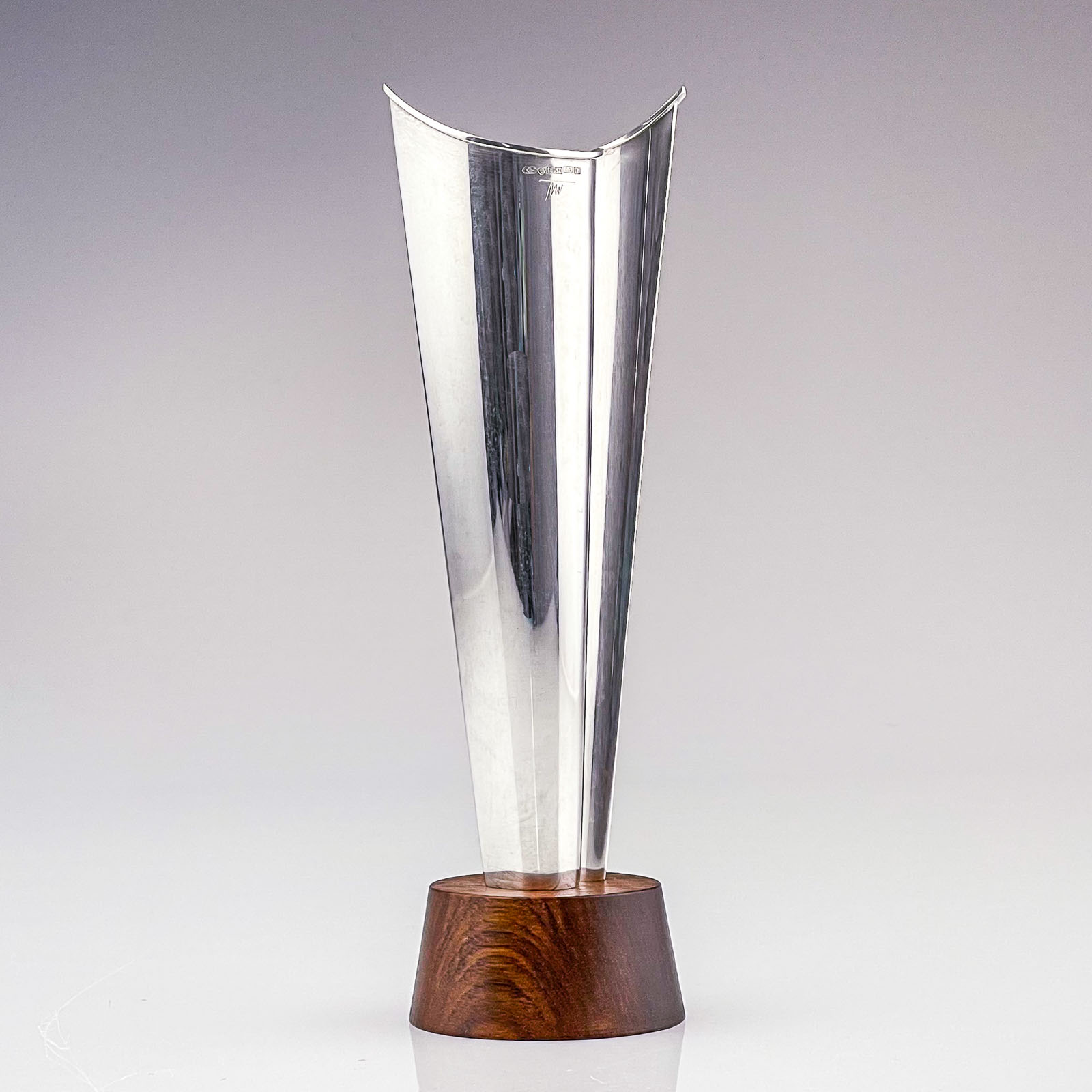 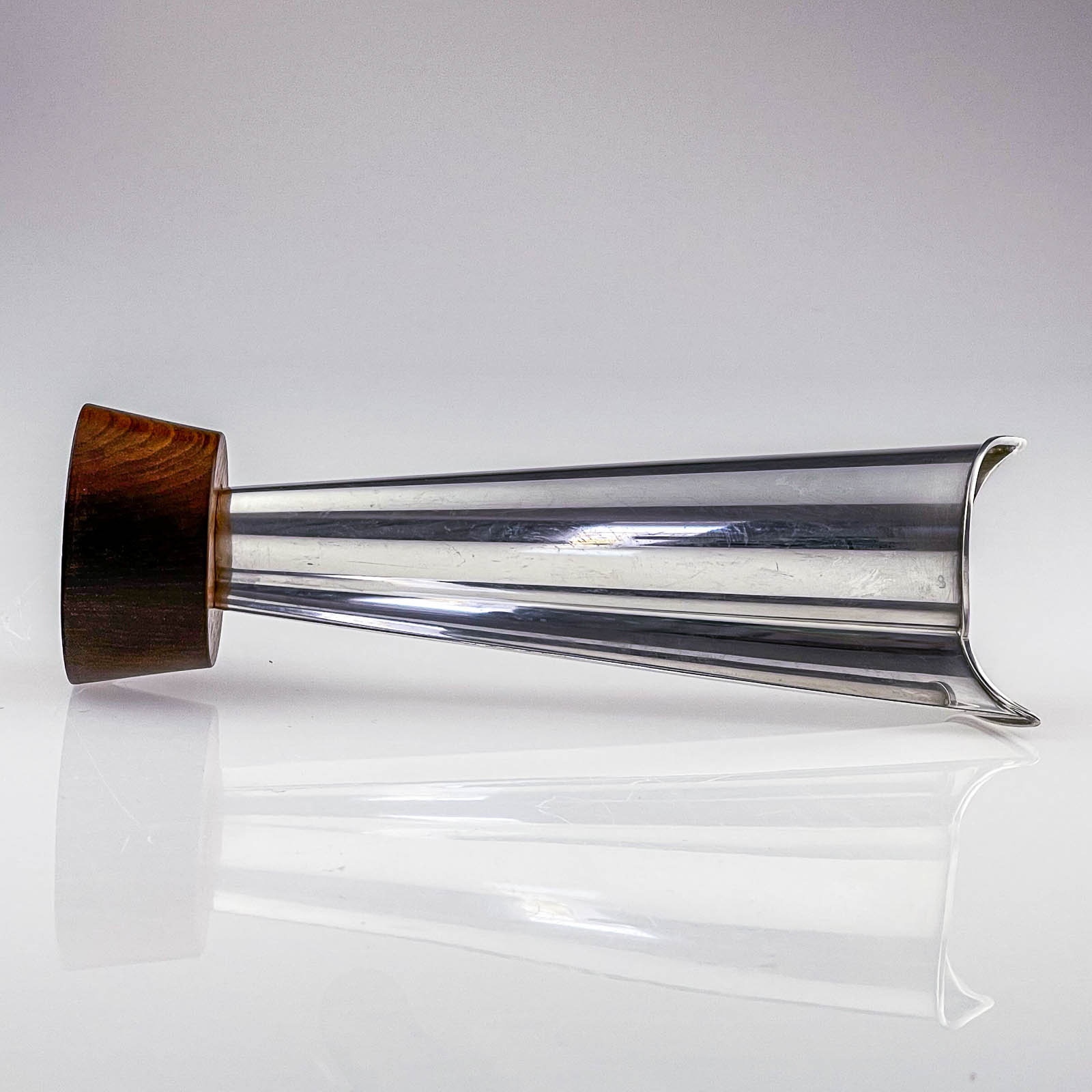 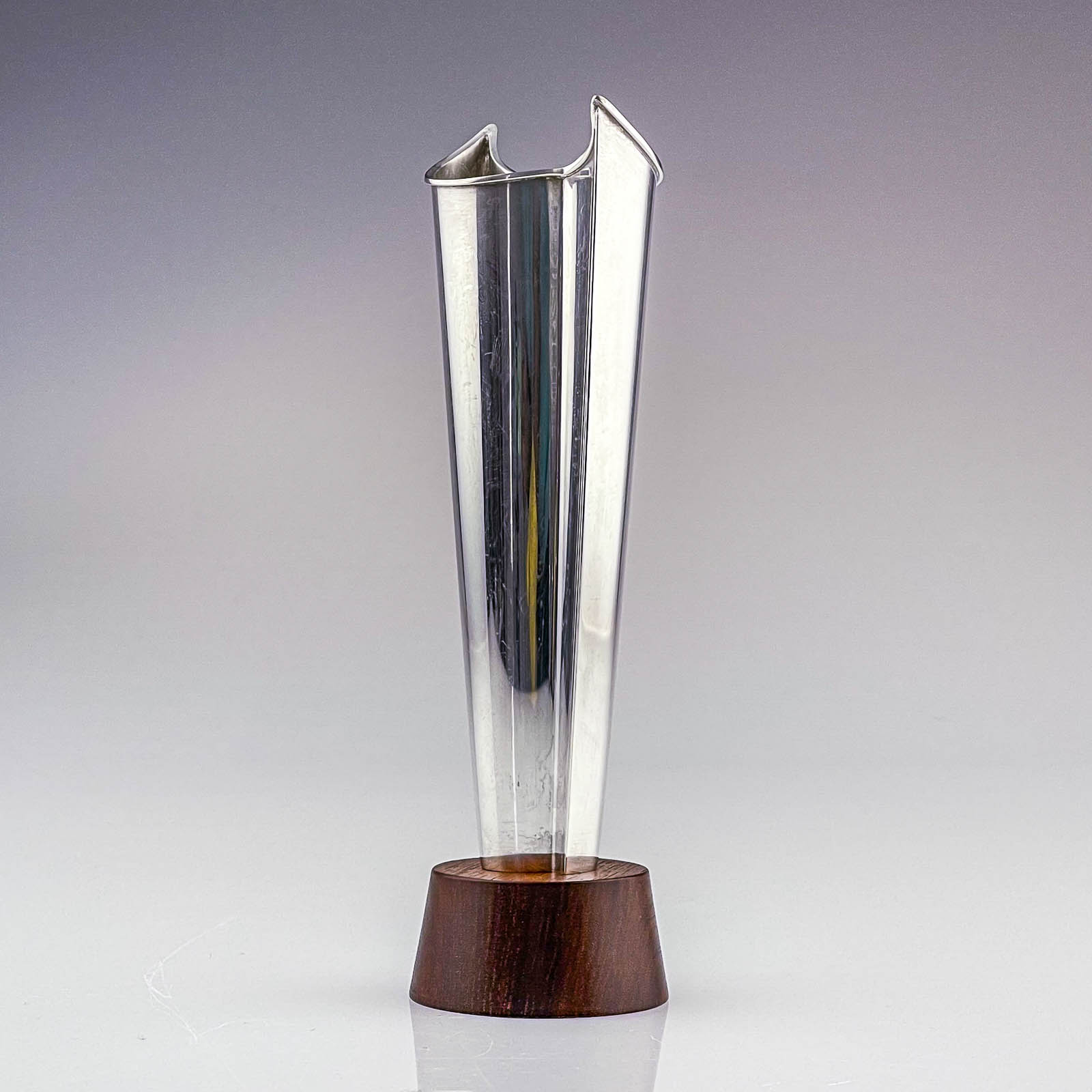 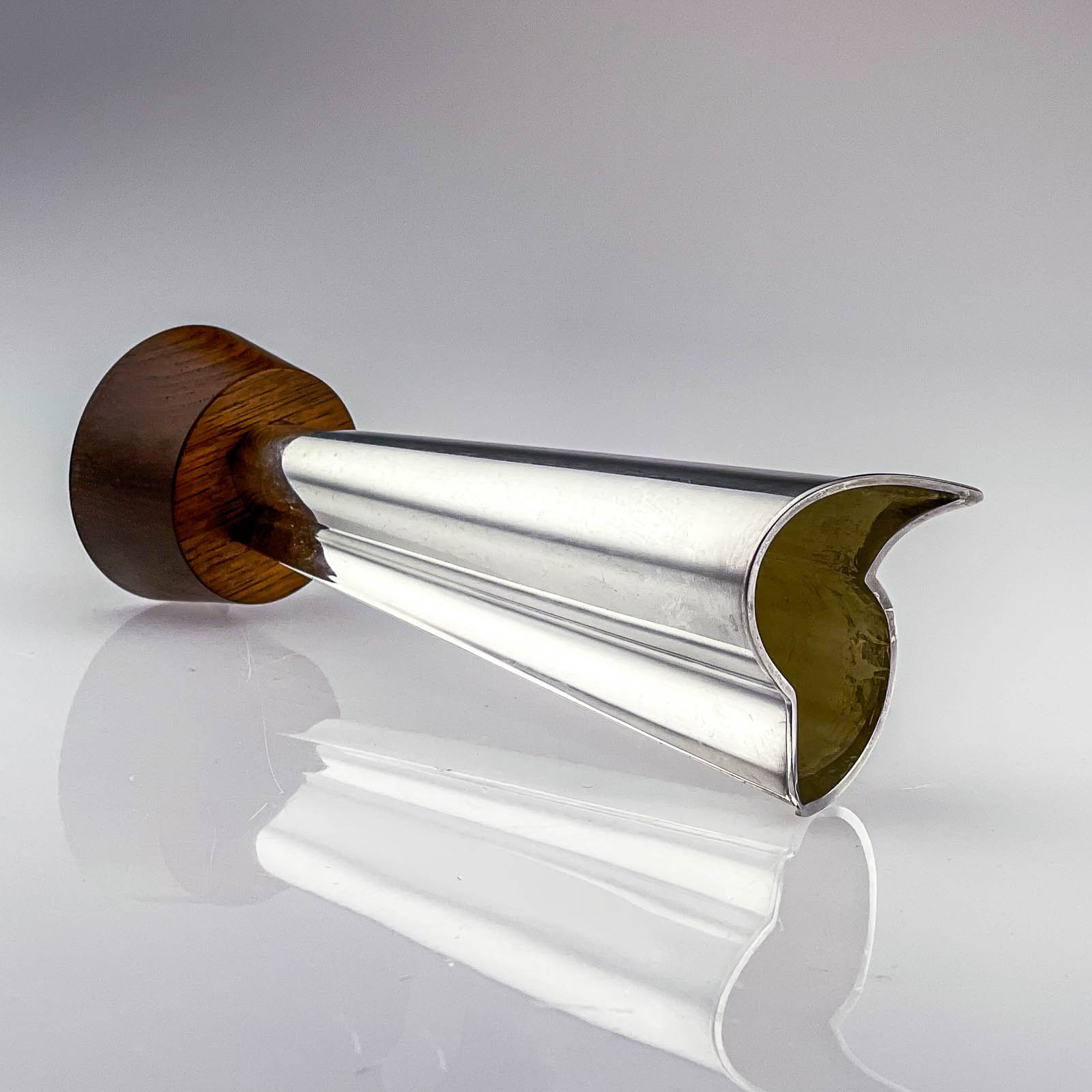 This beautiful piece, commenly referred to as the "Liekki" or "Flame", was designed by Tapio Wirkkala in 1960. This Art-object was made in three sizes, this being a smallest sized example executed in Sterling silver.

Handmade by the craftsmen of Kultakeskus, Hämeenlinna Finland in 1962 and fully hallmarked on one side.