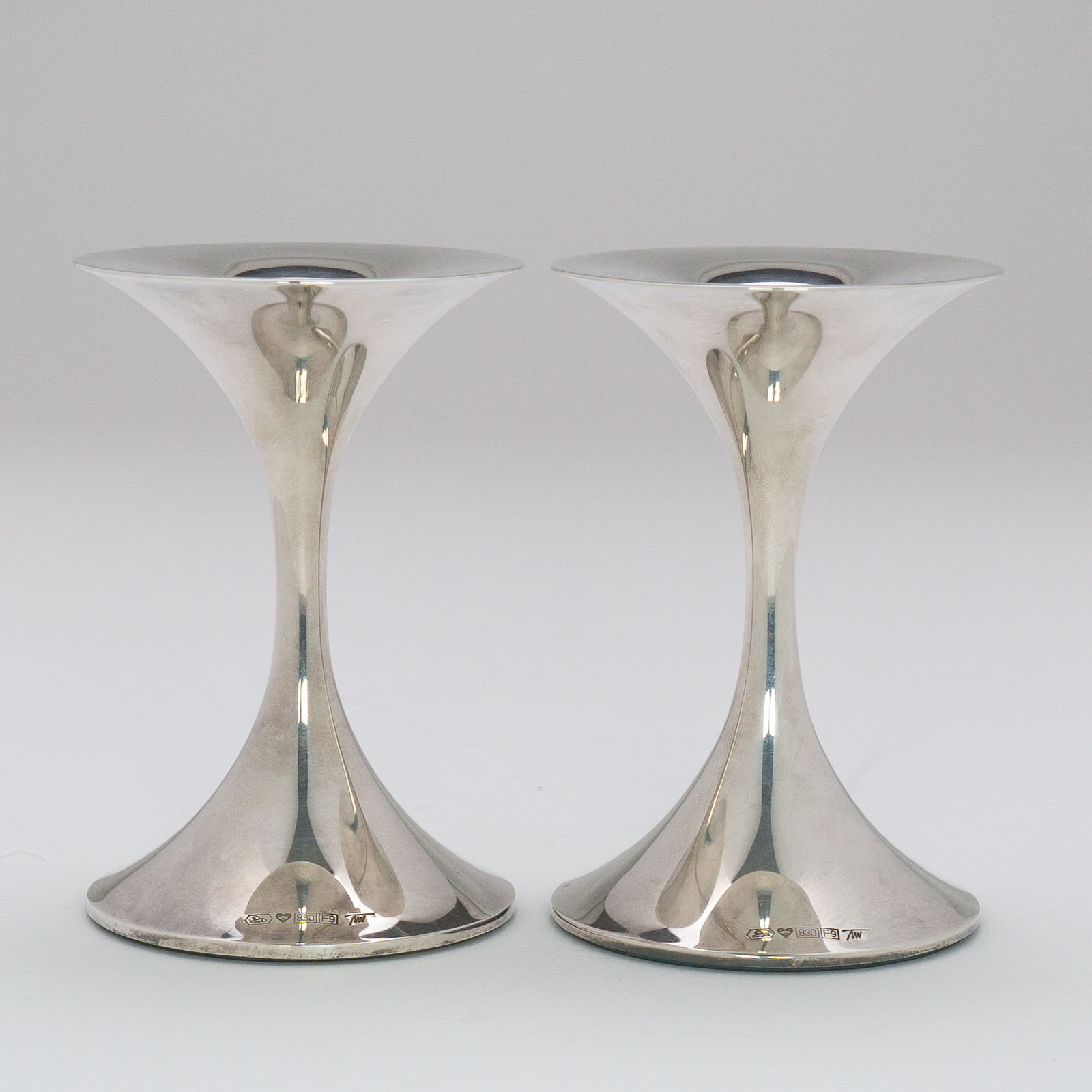 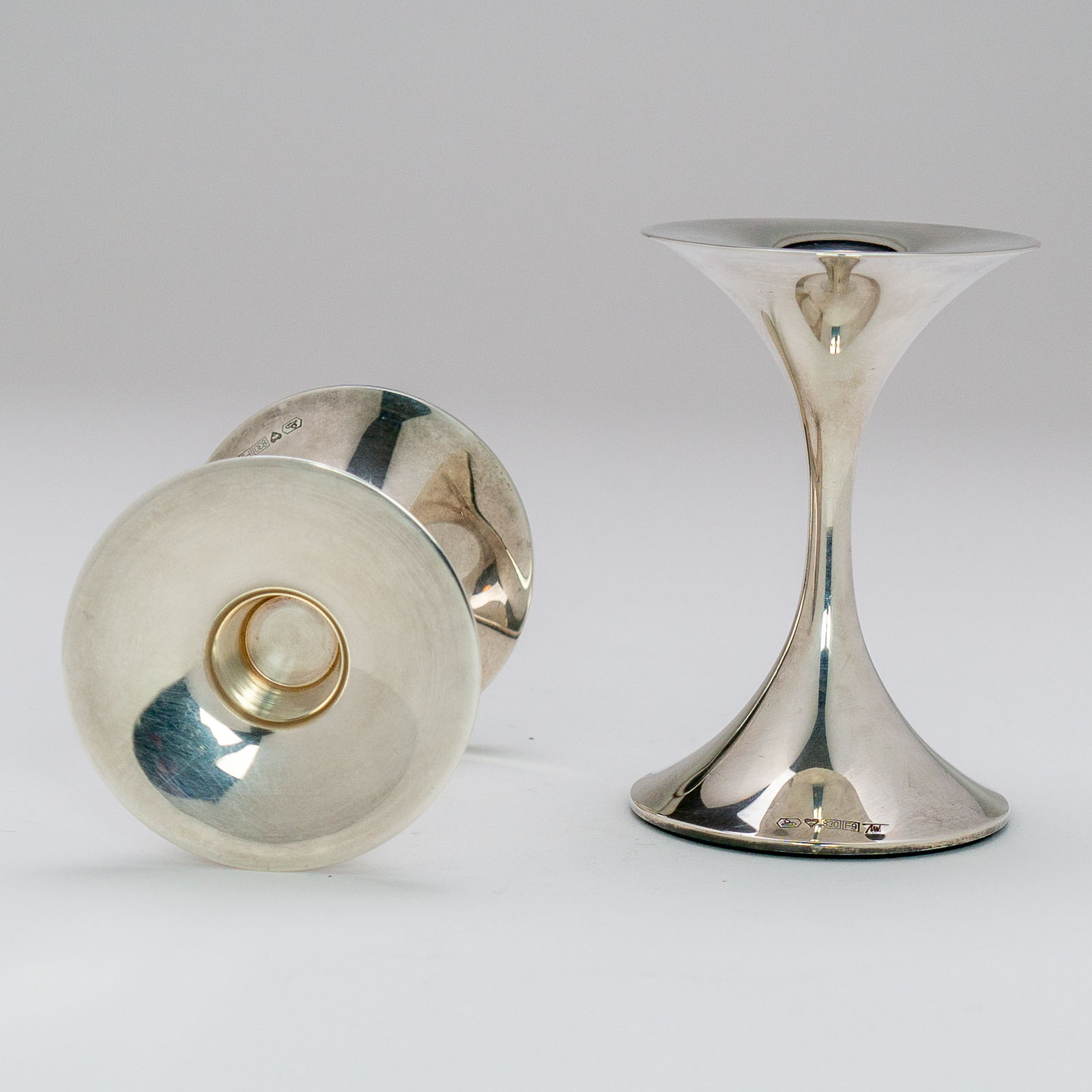 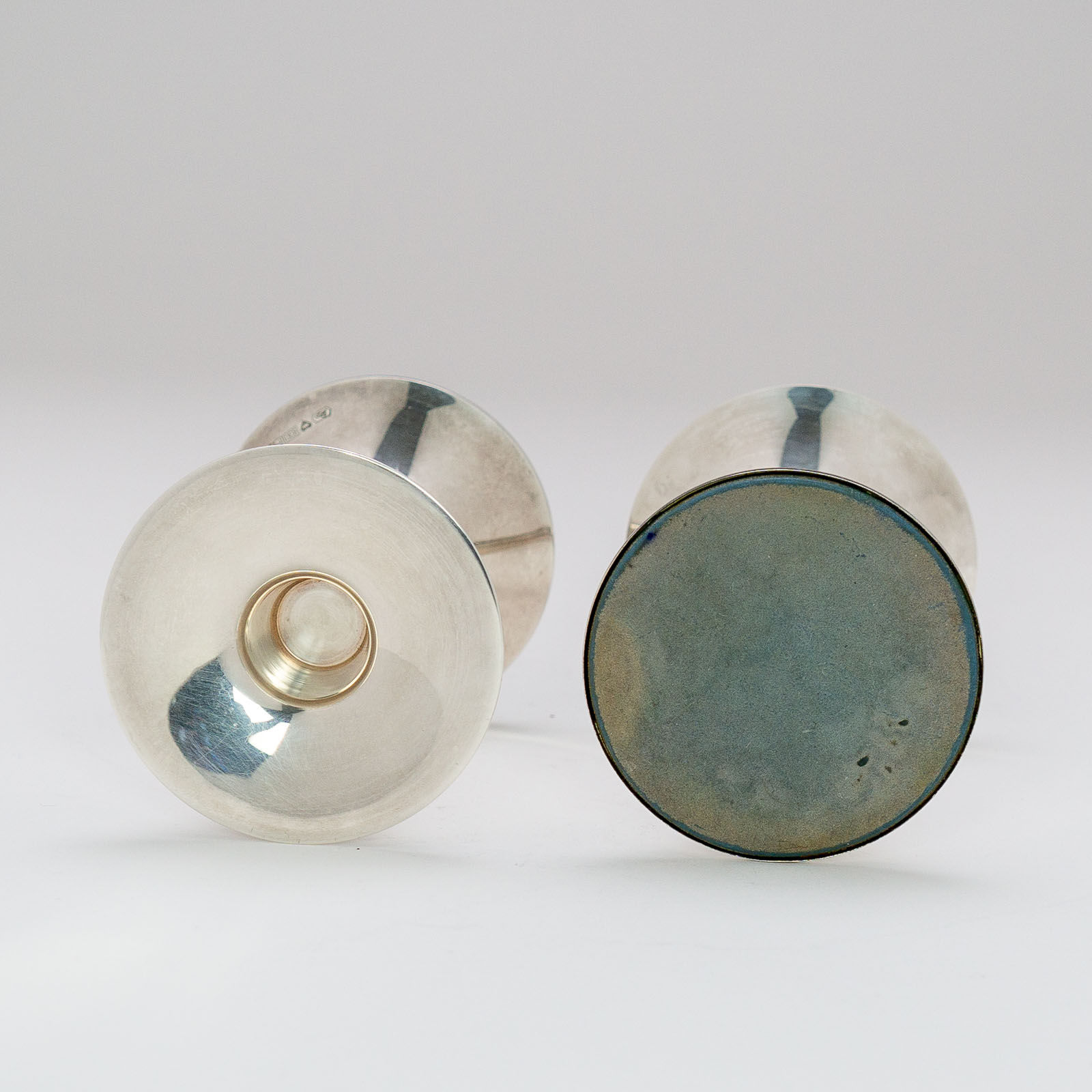 Executed by Kultakeskus Oy in 2007. Silver fineness is 830, height of the candlesticks is 10 cm.