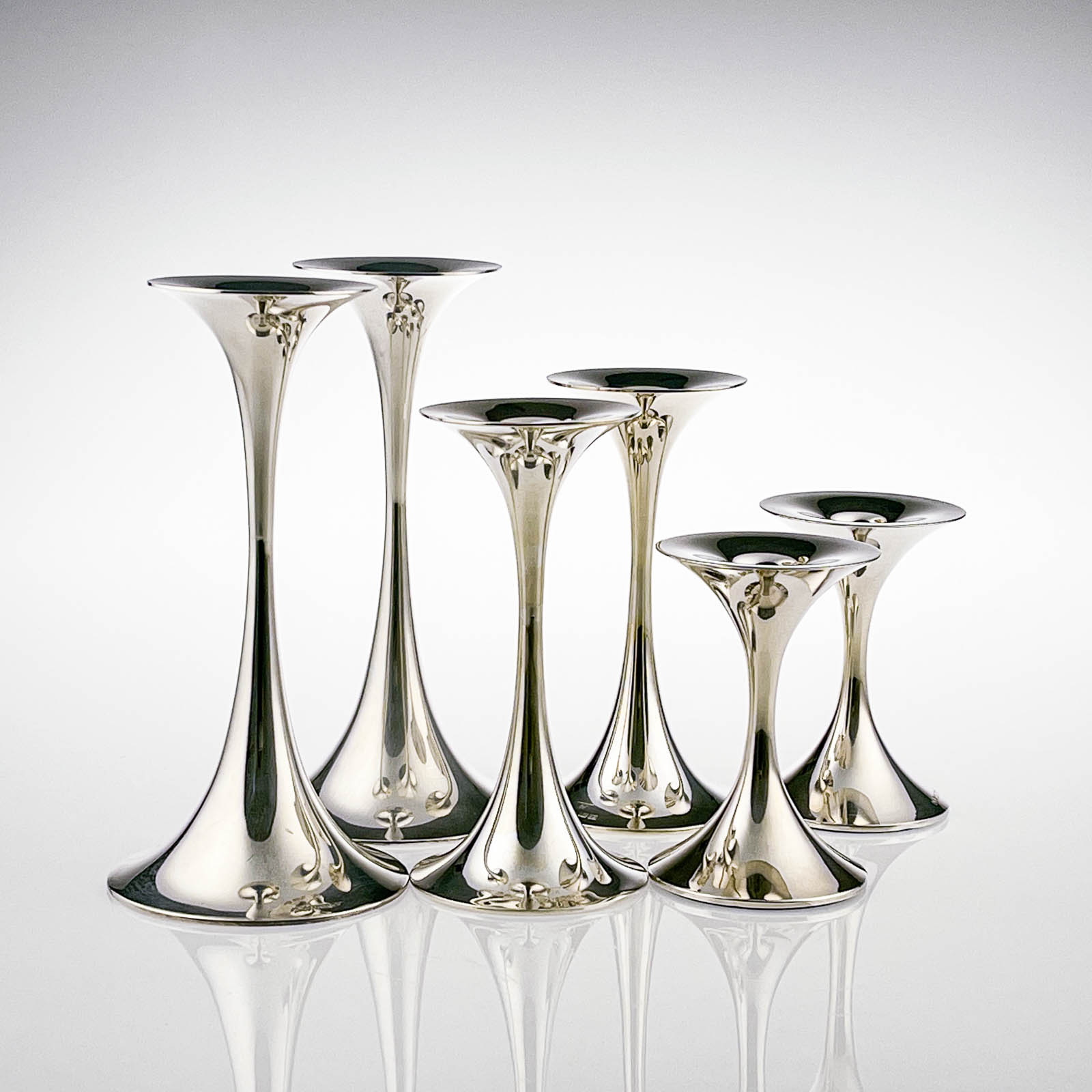 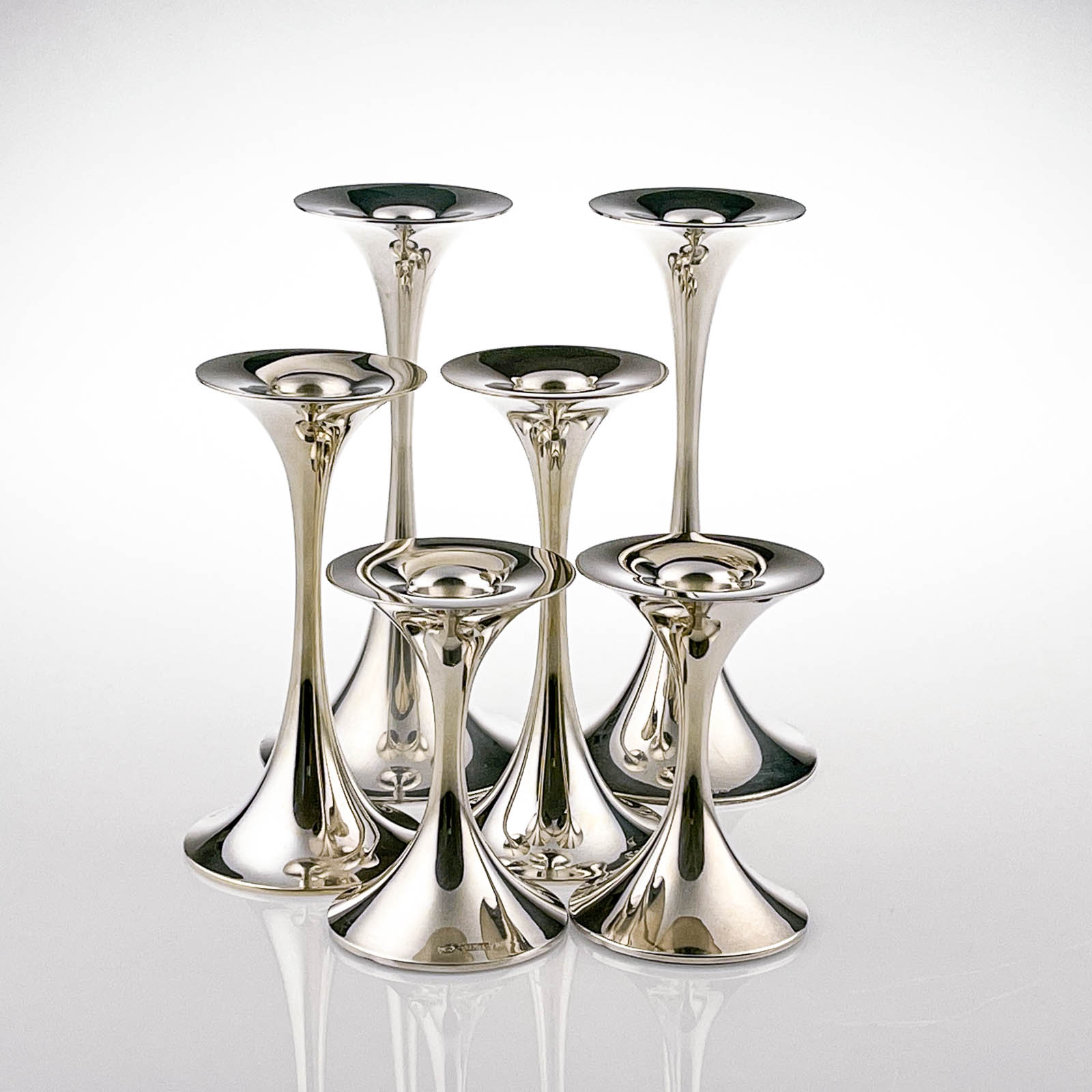 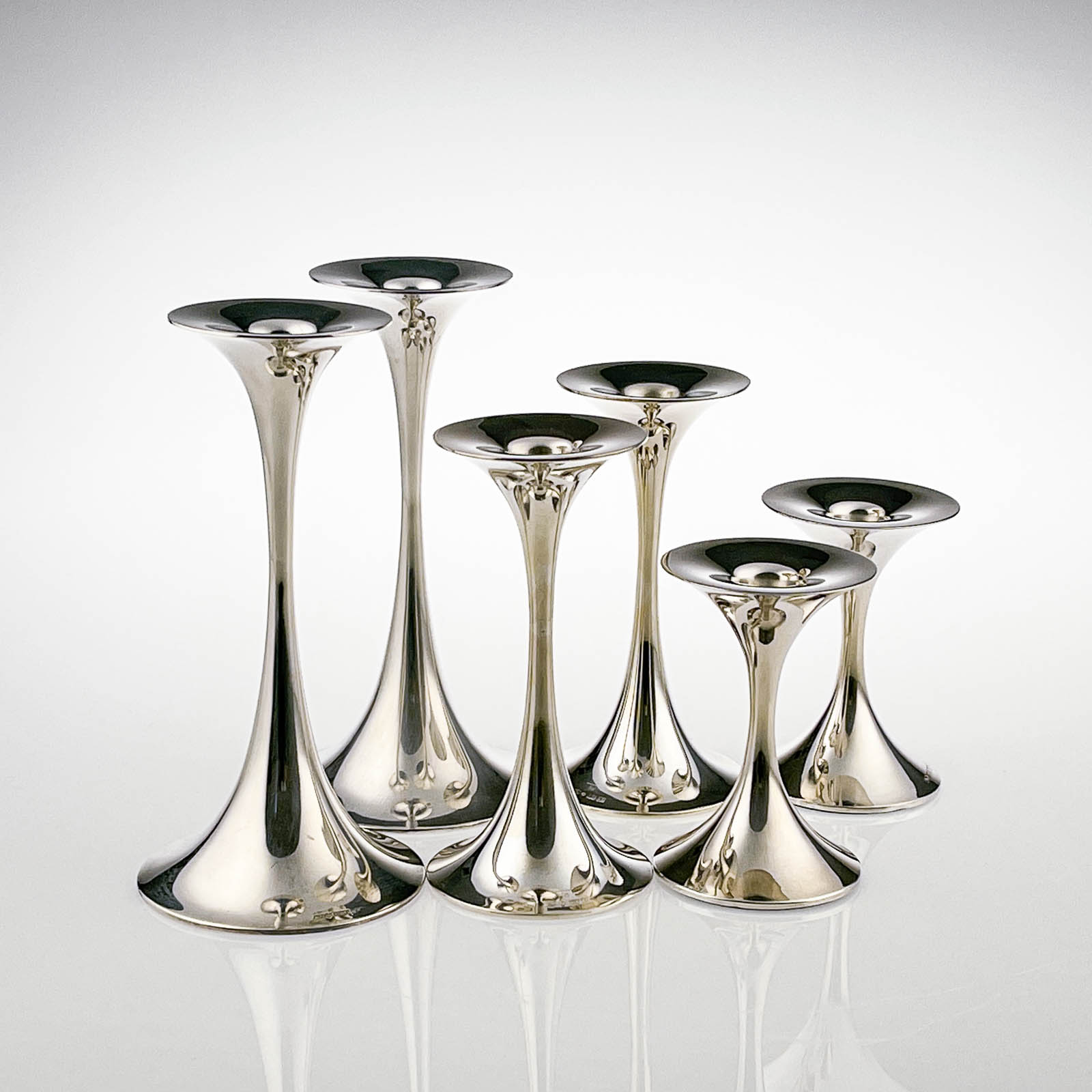 This model candlesticks were made in 4 different sizes, this pair consists of three of the sizes.

The candlesticks have a completely smooth surface and run in a diabolo shape from the base to the chalice. A standard size candle fits all candlesticks.