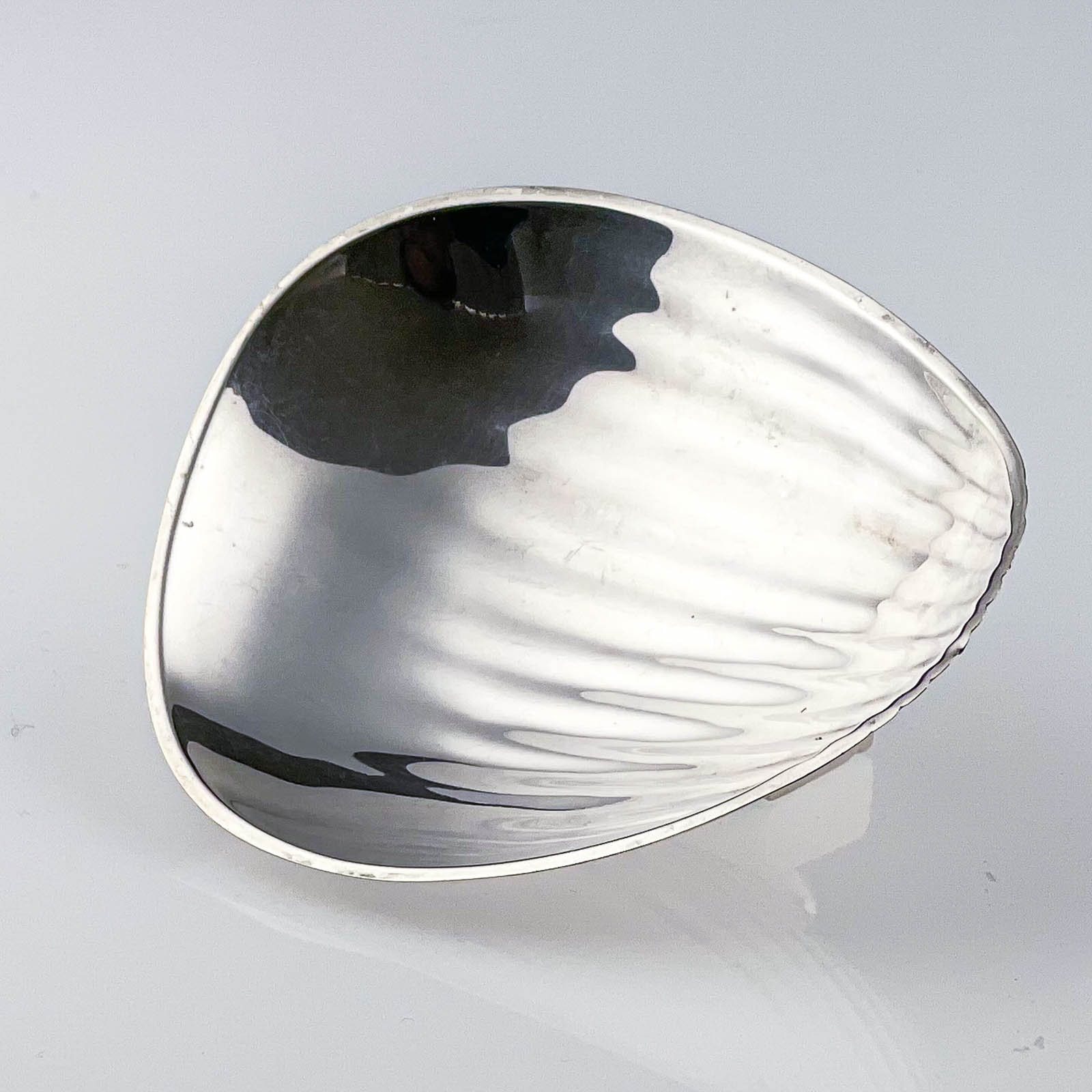 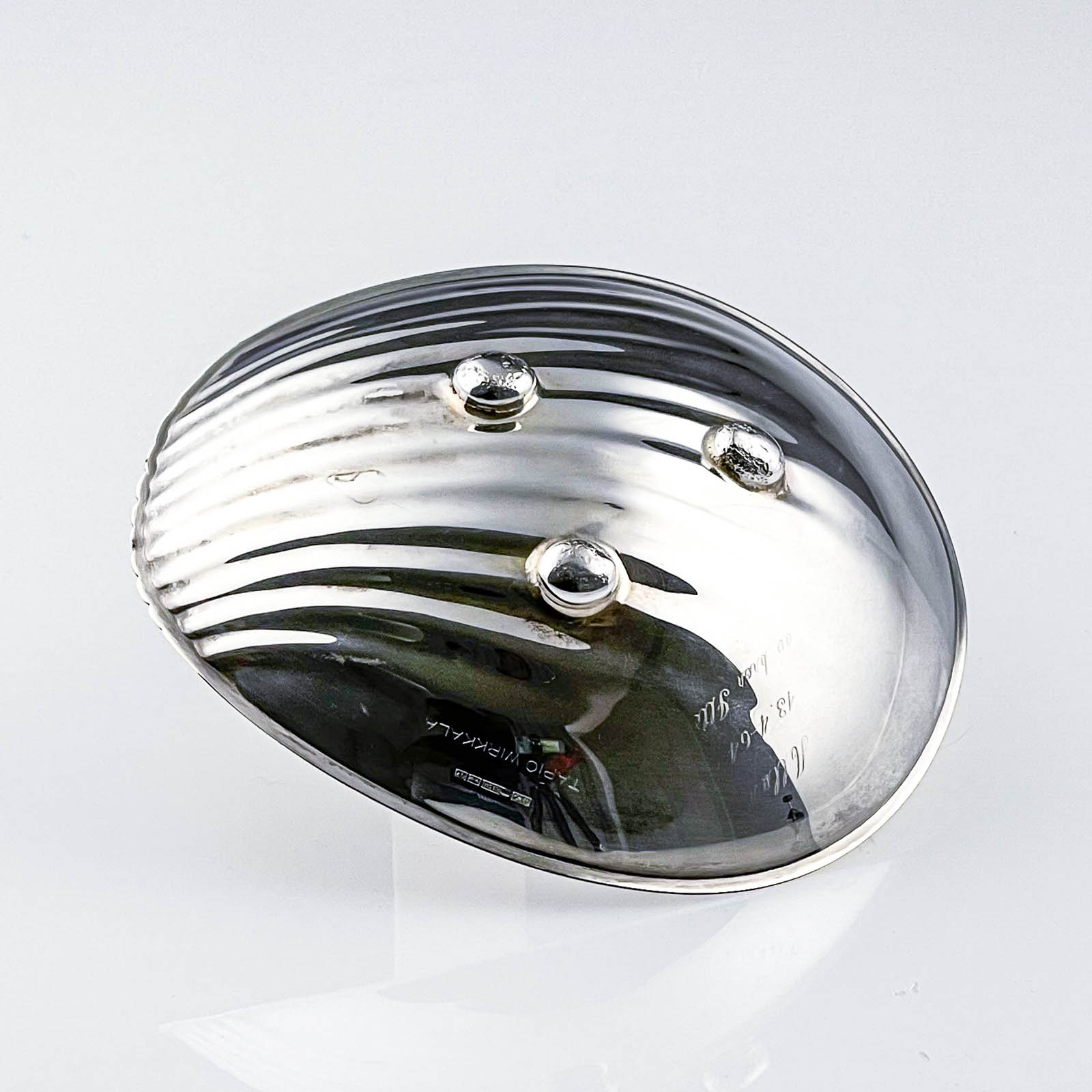 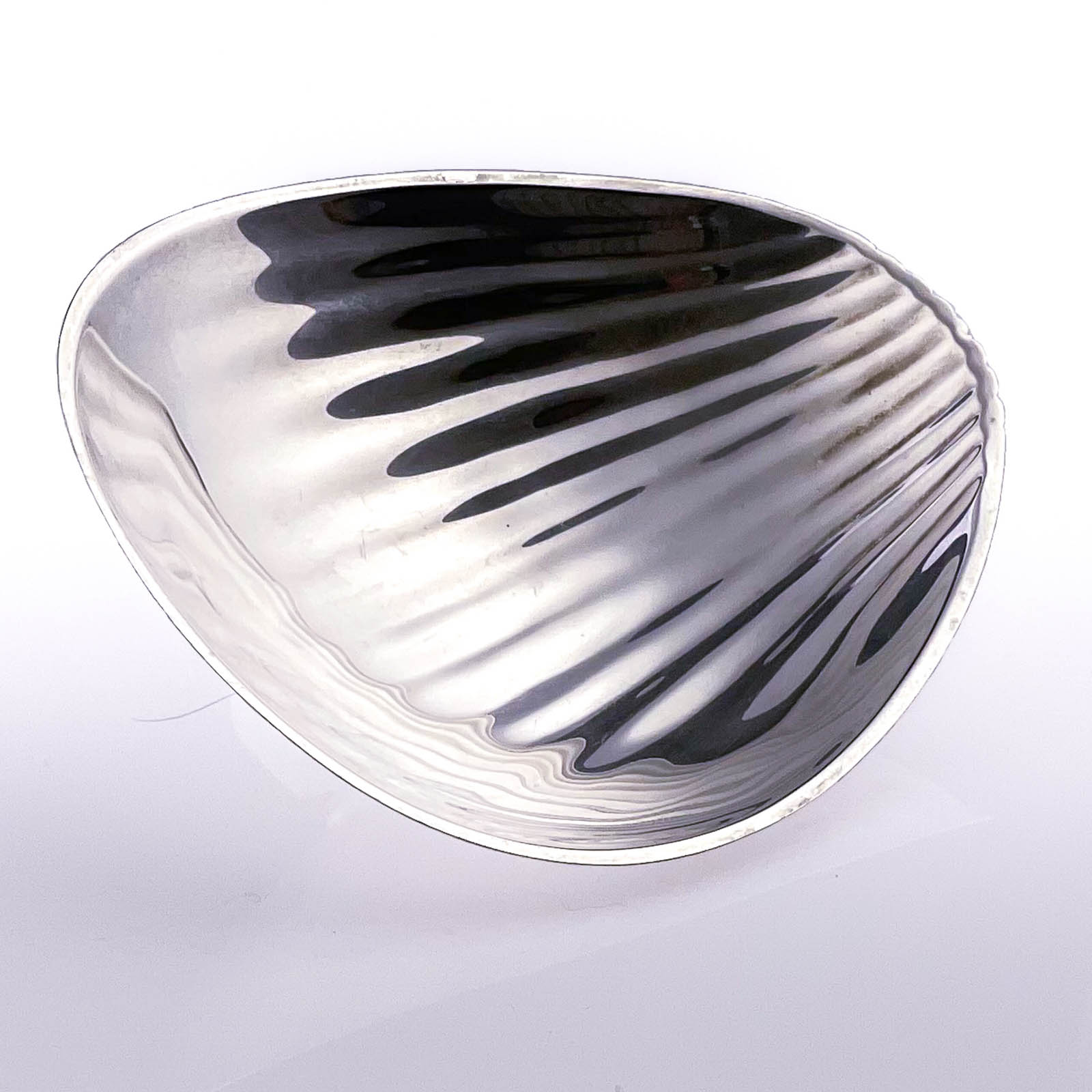 Small silver bowl in the form of an abstracted seashell, handmade by the craftsmen of Hopeatehdas Oy, Helsinki in 1960. Silver fineness is 813H (813/1000), weight 72 grams.

The bowl has a rounded trianglar shape, a part of the surface has been hammered into waves resembling the surface of a seashell. The bowl itself is mounted on three half-ballfeet.