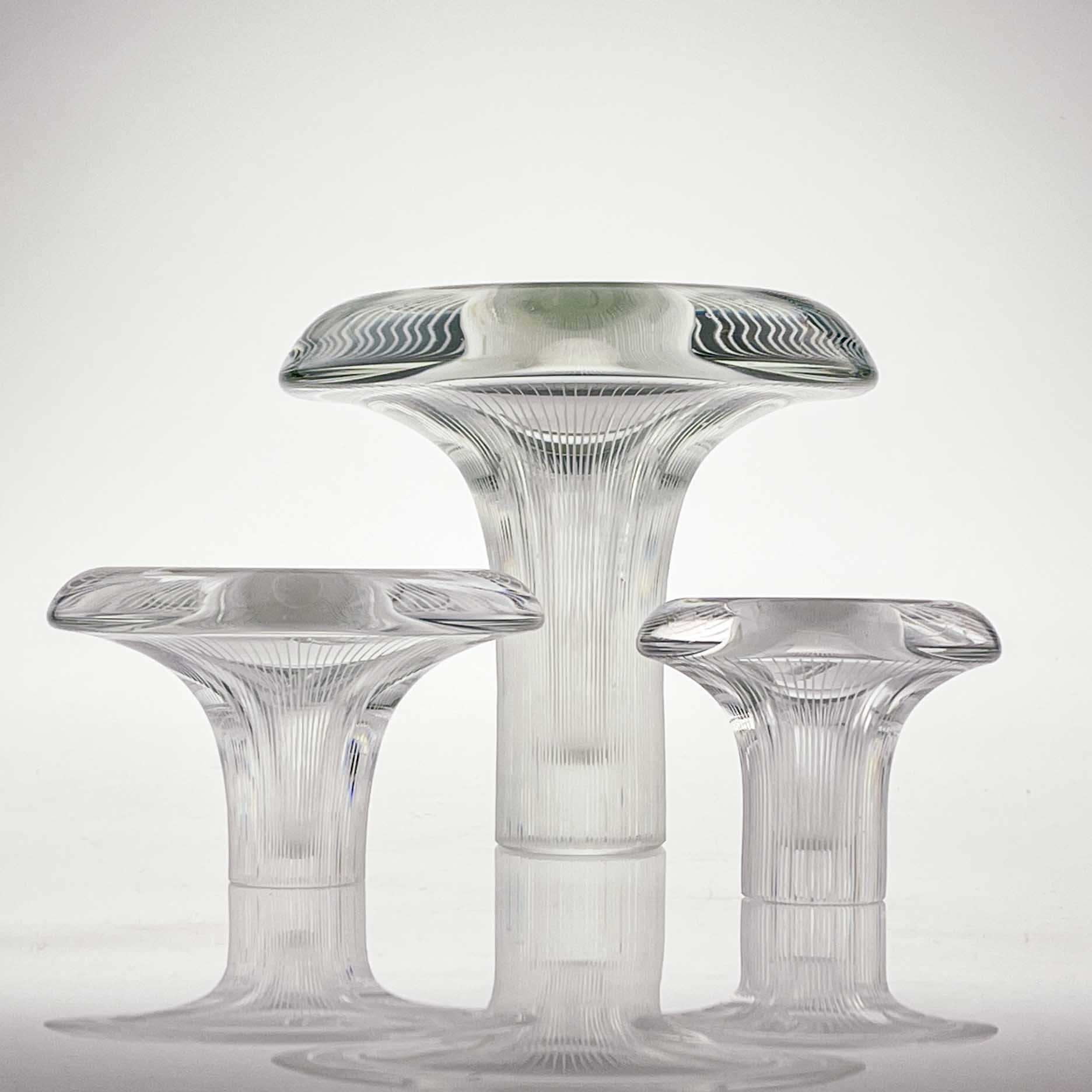 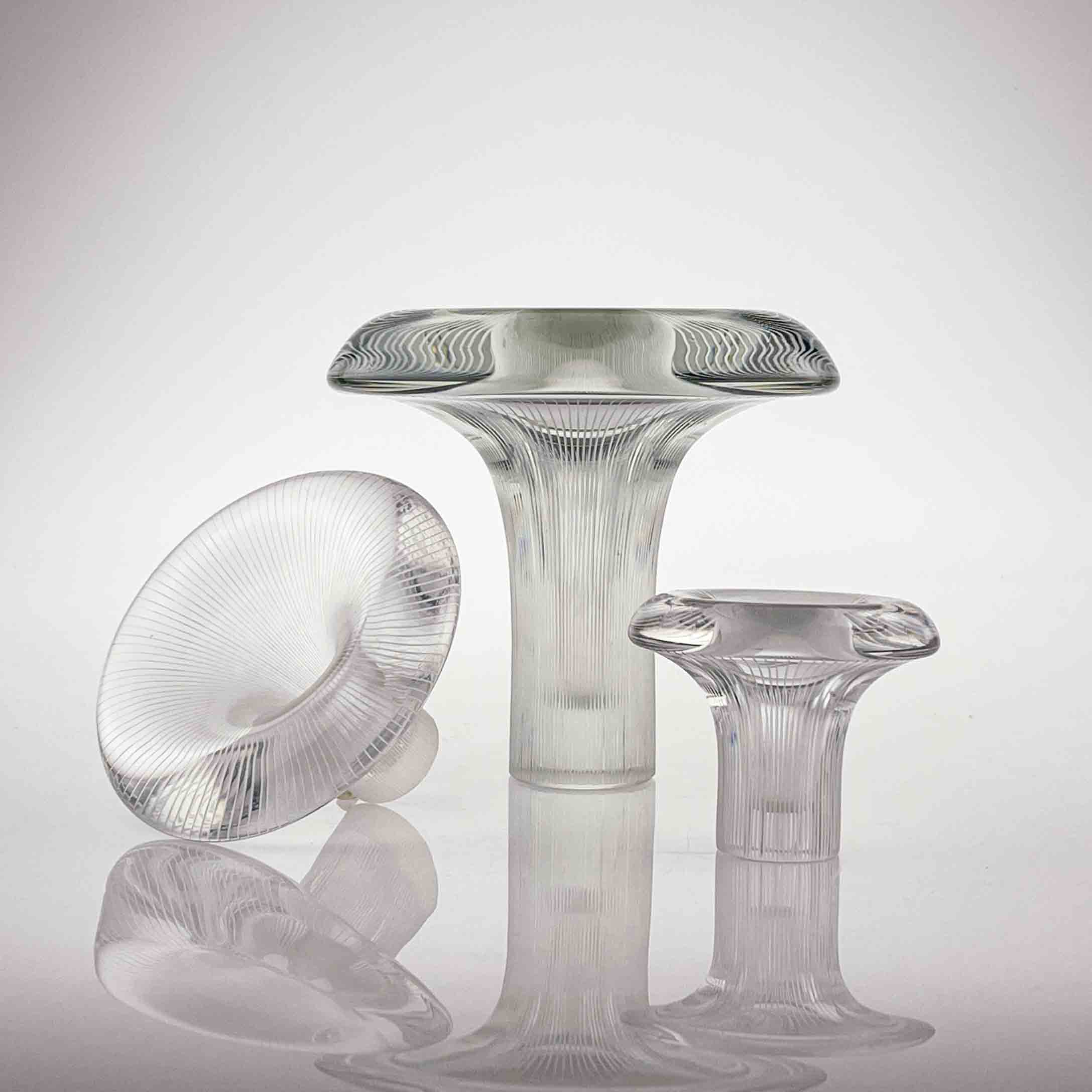 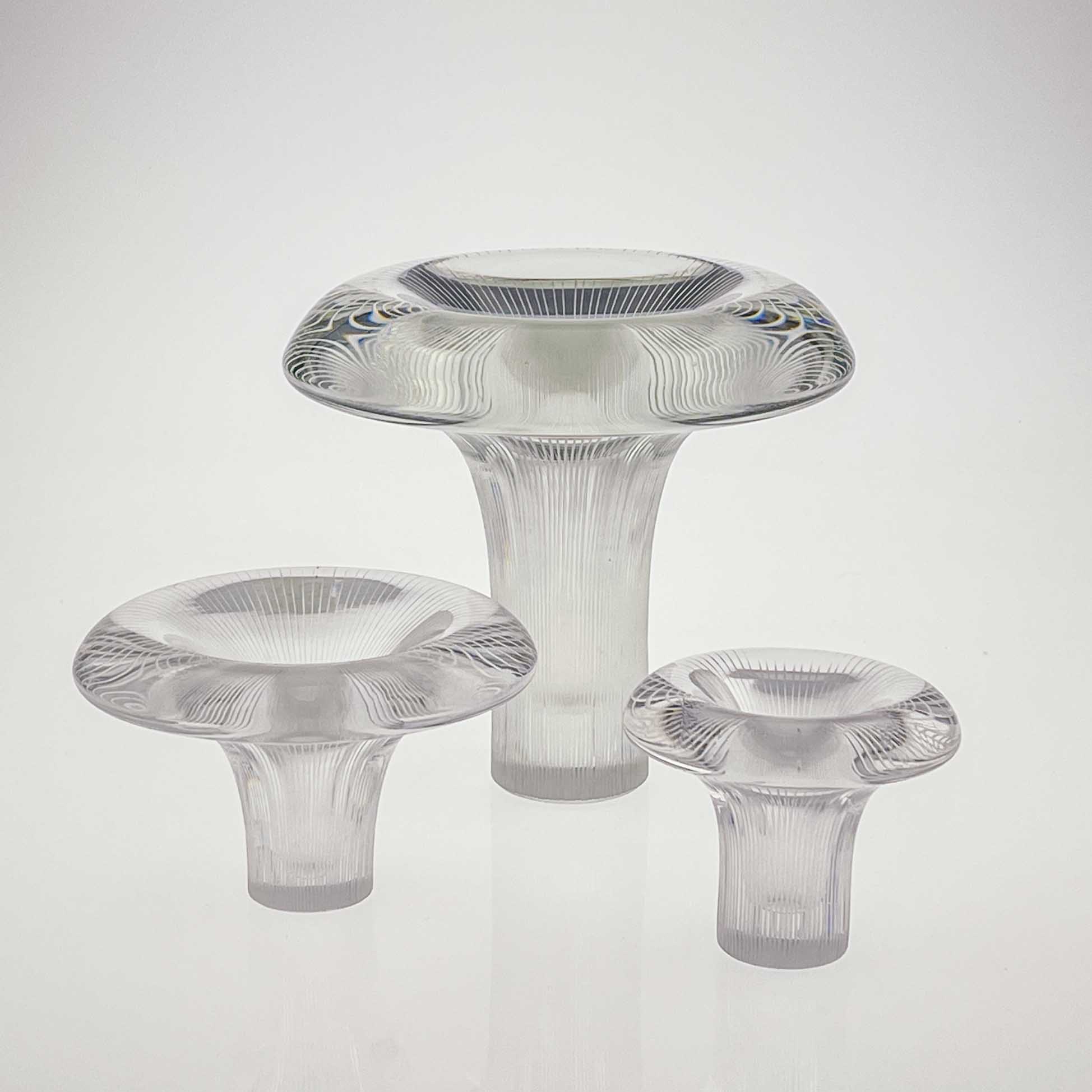 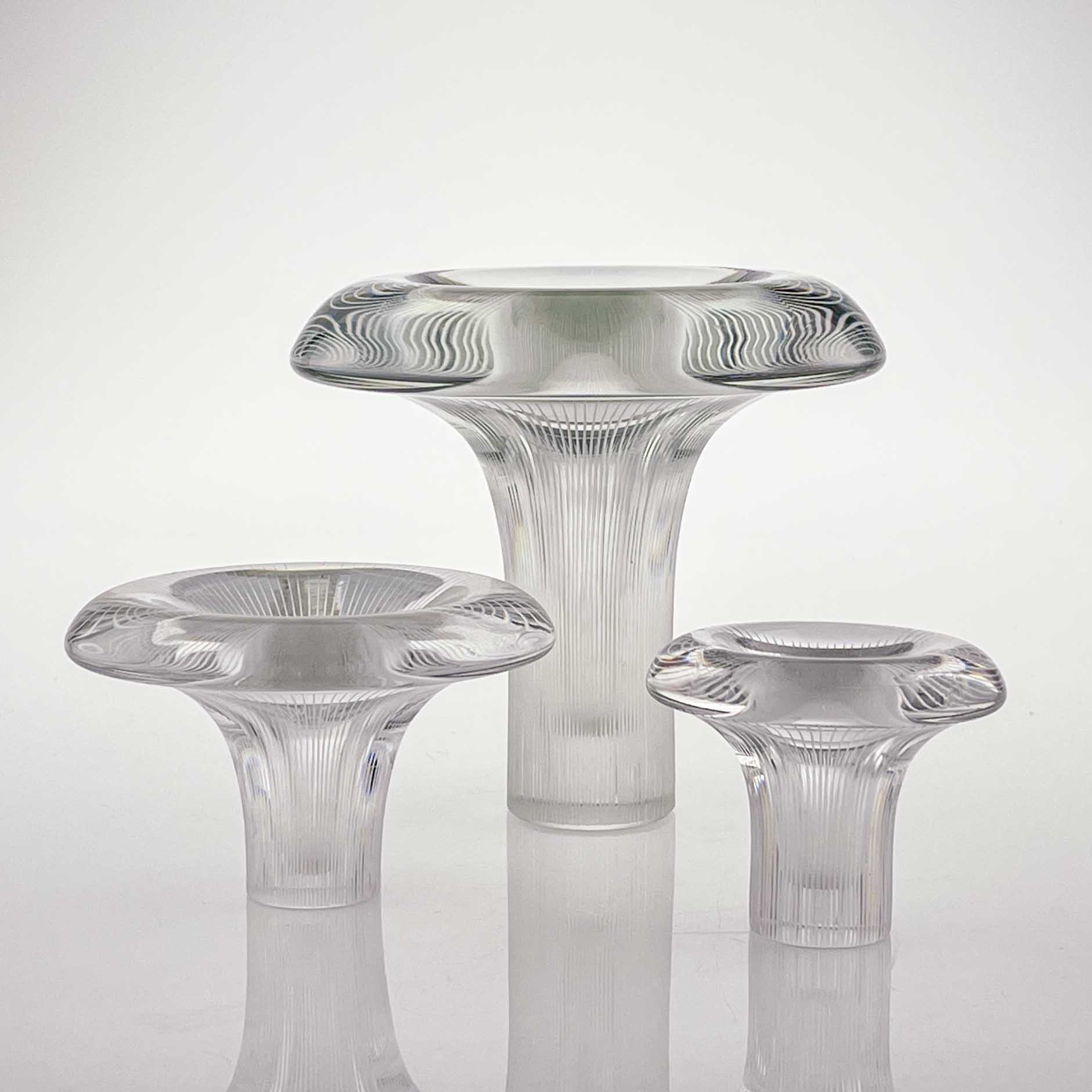 As in many designs Wirkkala got his inspiration from nature. Formed in the shape of the Boletus mushroom.

Tatti's has been in production at the Iittala glassworks between 1953 and 1959 and were made in three different sizes. This being a rare complete set in very good vintage comndition.

They are all signed in diamondpen underneath the base. The smallest one is also dated.