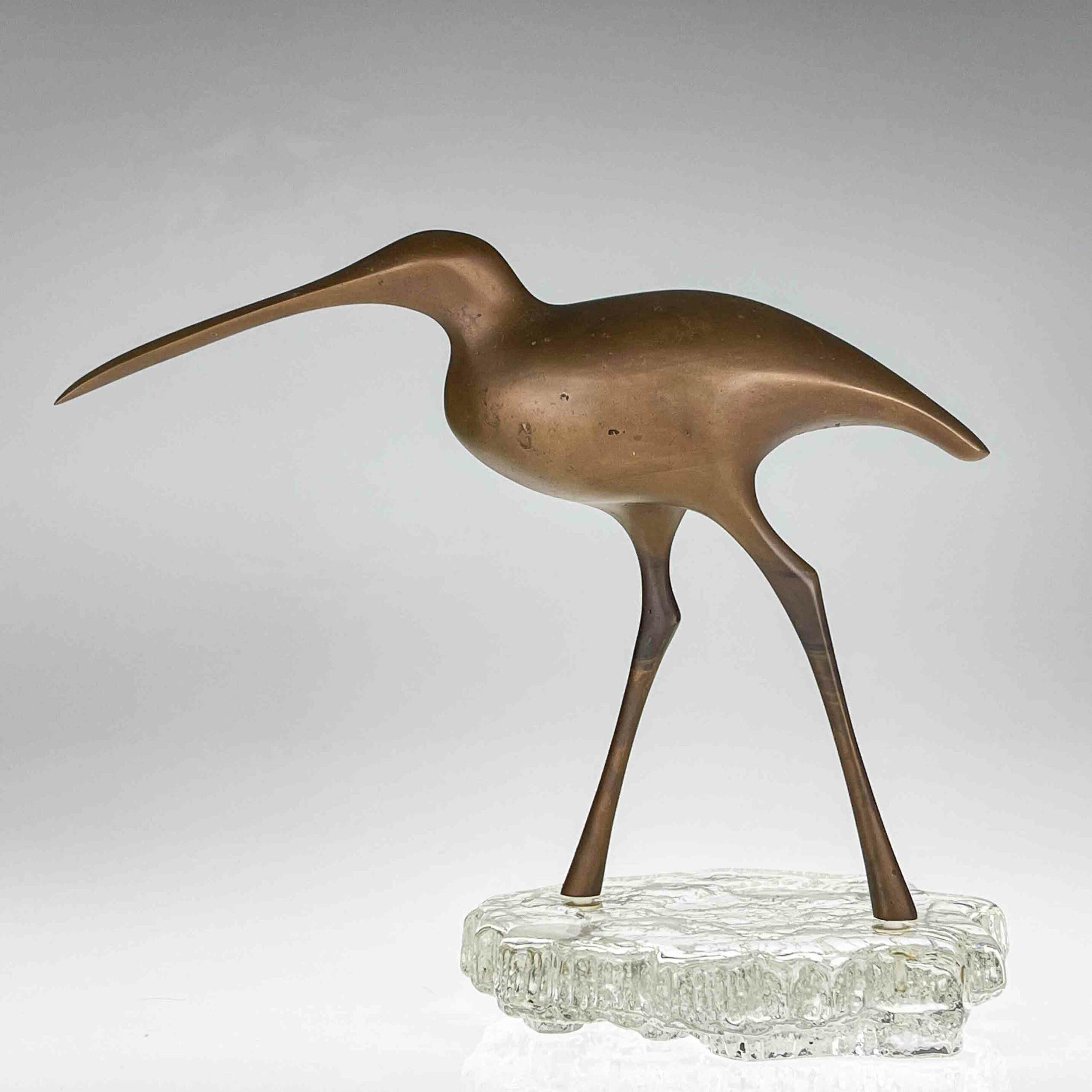 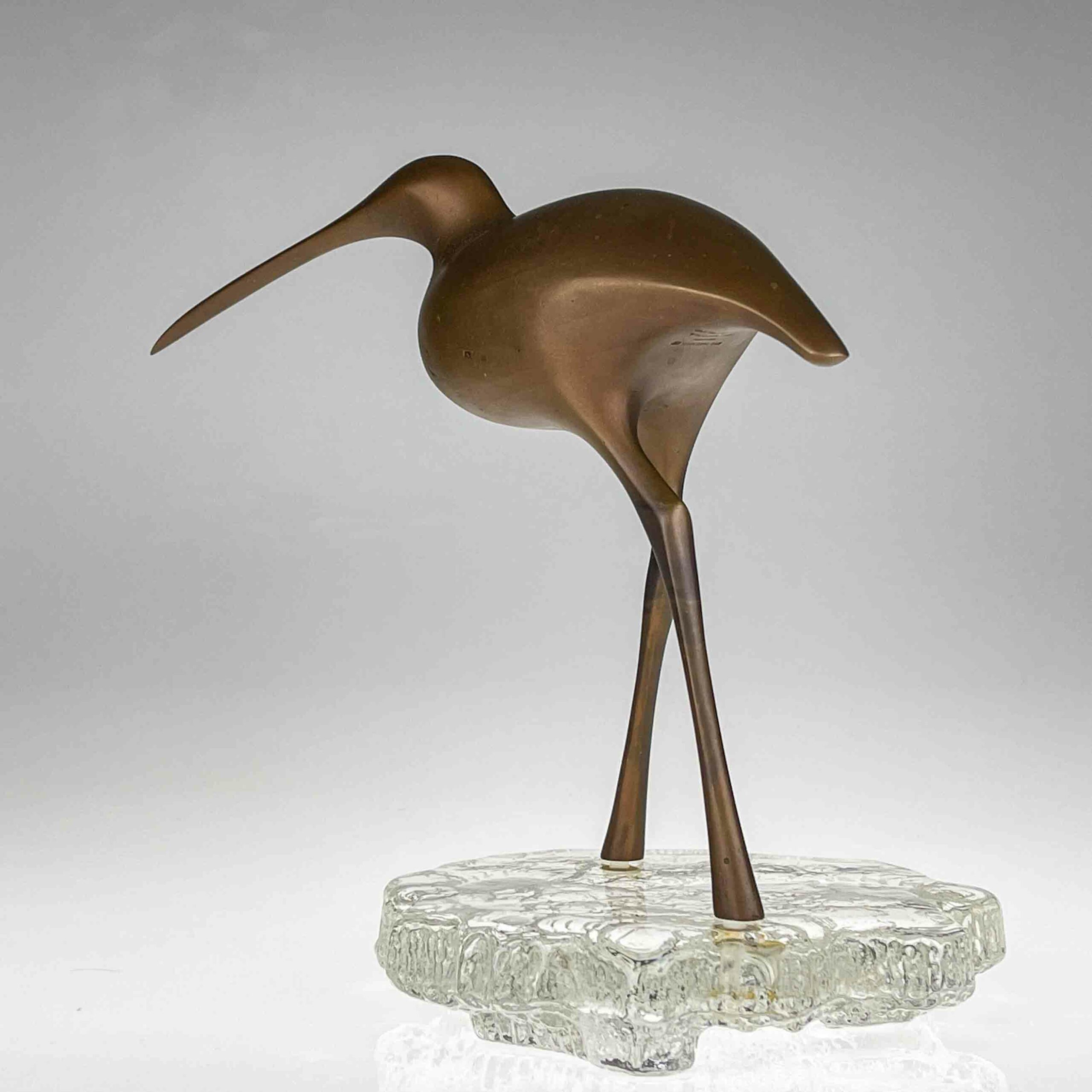 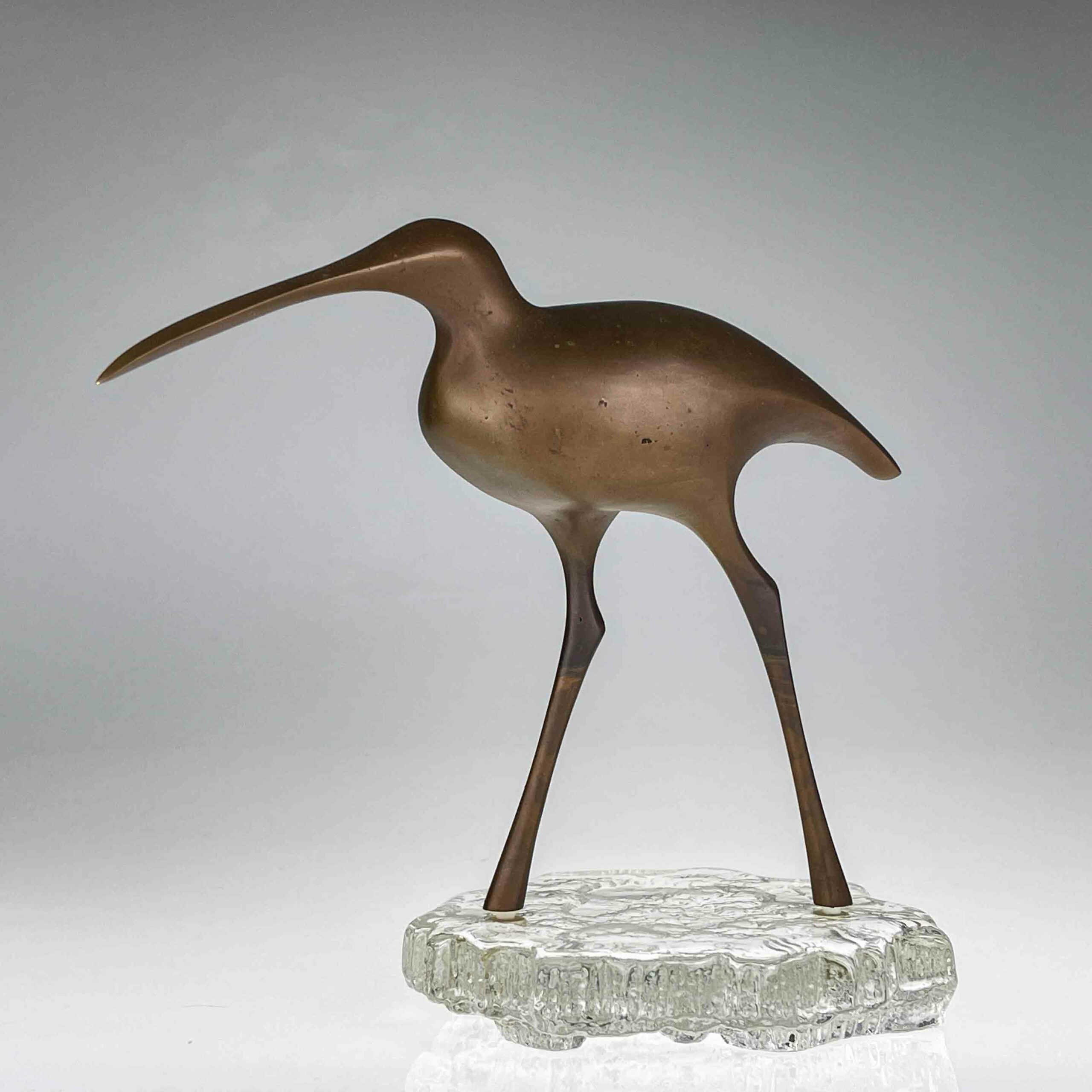 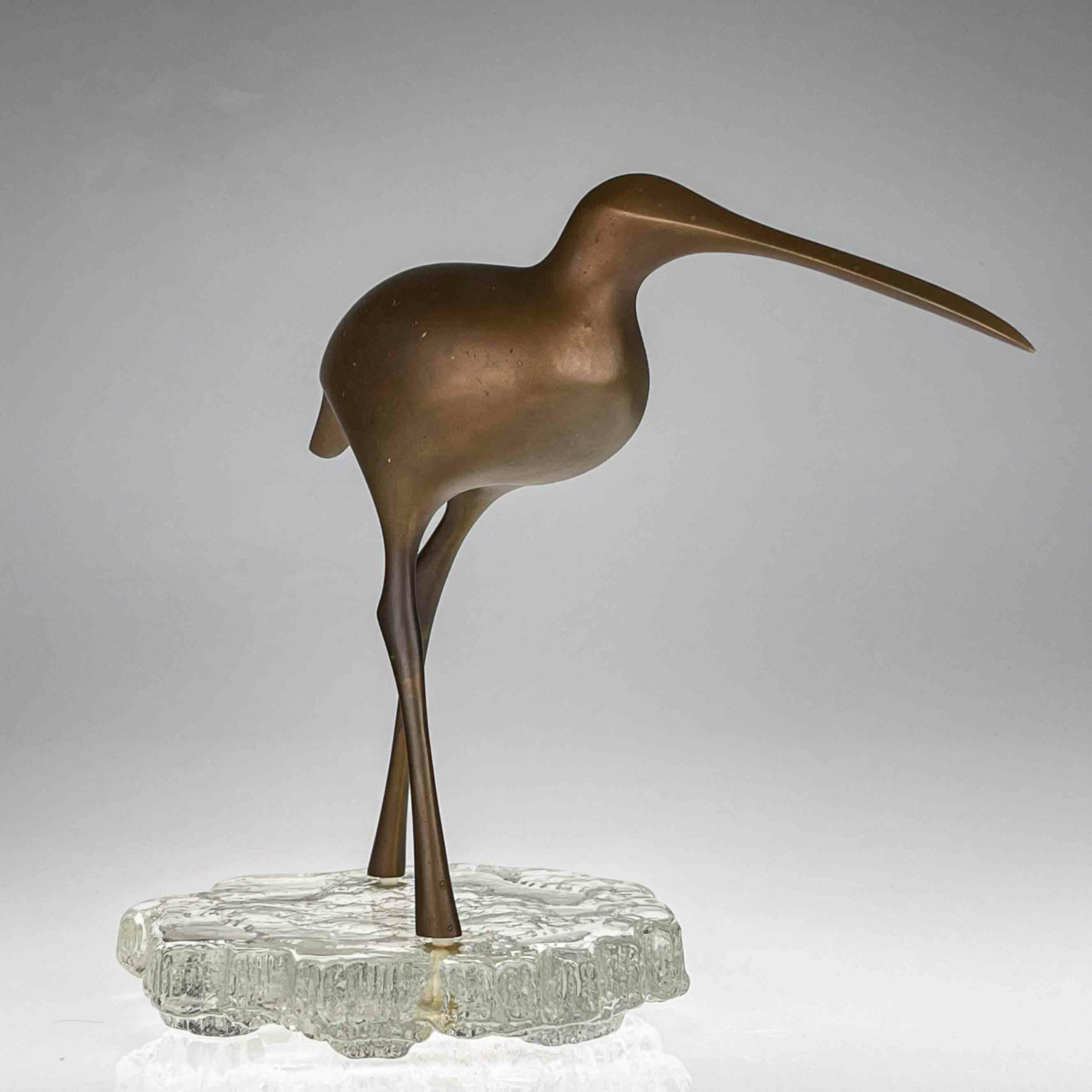 Tapio Wirkkala sculpted these birdsculptures in 1975 and they are modelnumber TW513 in his oeuvre. The Finnish metalmaking firm, Kultakeskus made these sculptures by hand and only by order. They could be ordered in silver, bronze or aluminium on either a glass or wooden base.

This particular sculpture was made of bronze than patinated and is mounted on a glass mount. The sculpture is marked underneath the tail: Kultakeskus Oy - Design: Tapio Wirkkala - Made in Finland.

Tapio Wirkkala (1915 Hanko, Finland - 1985 Helsinki, Finland) A giant of Finnish design, Wirkkala was an artist of great diversity for whom no material was alien and who left no area of design unexplored. Sculpture 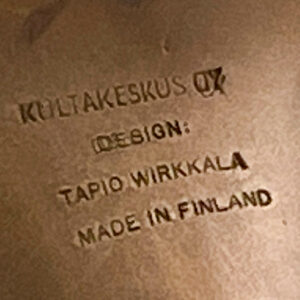 This Birdsculpture, TW 513 is in very good vintage condition. No malformations, some very minor scratches and stains. All consistent with age and use. There are no cracks or chips on the base, some scratches underneath the base.