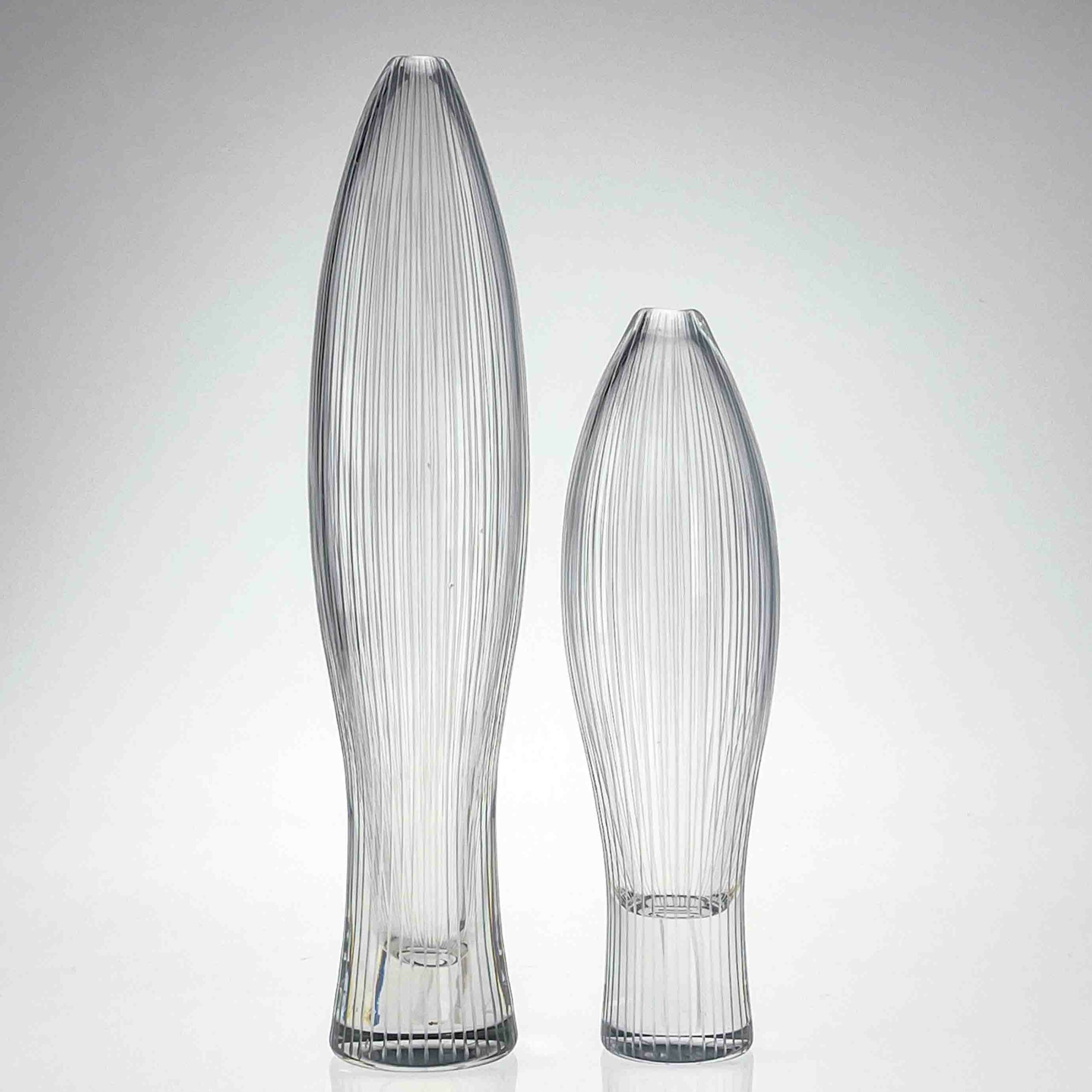 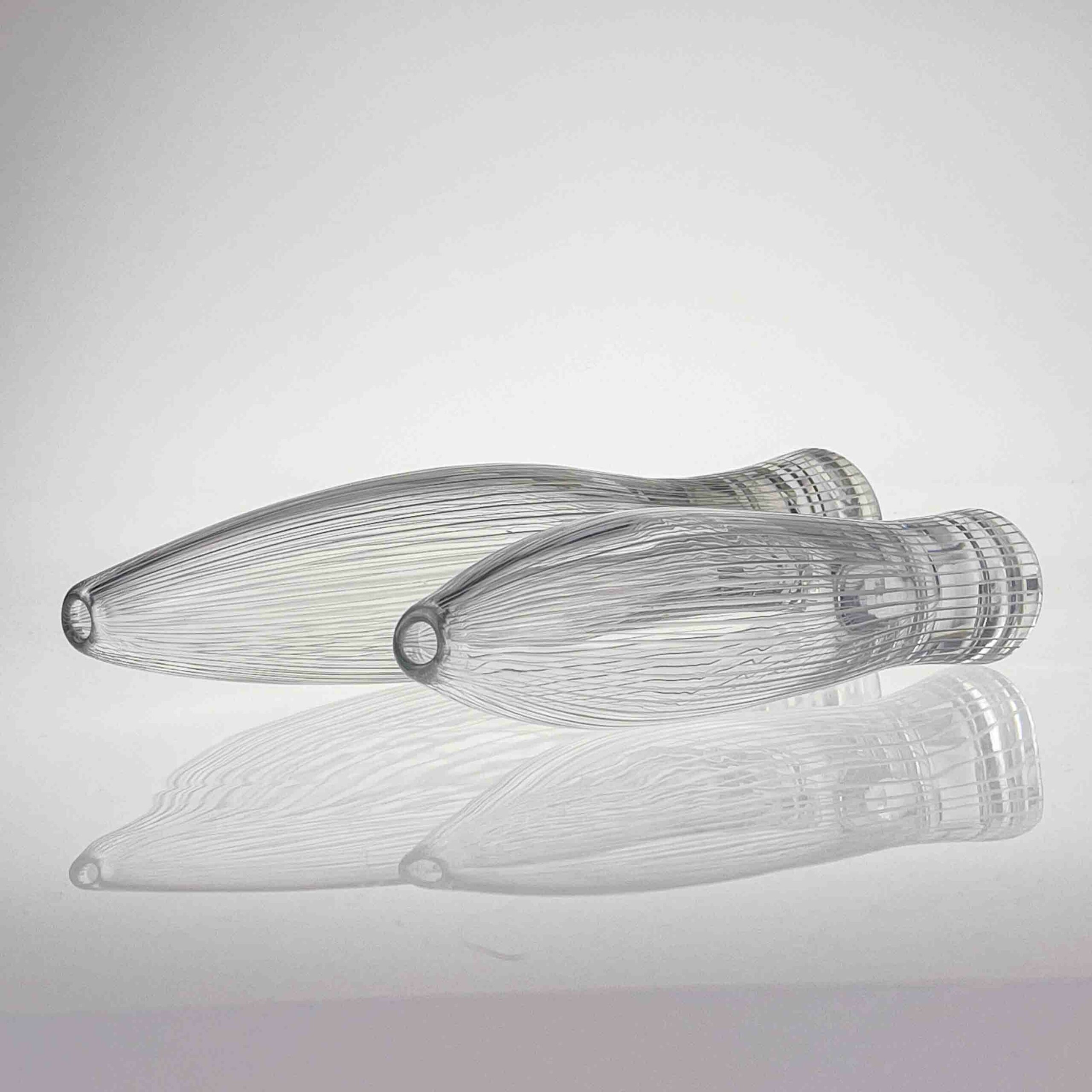 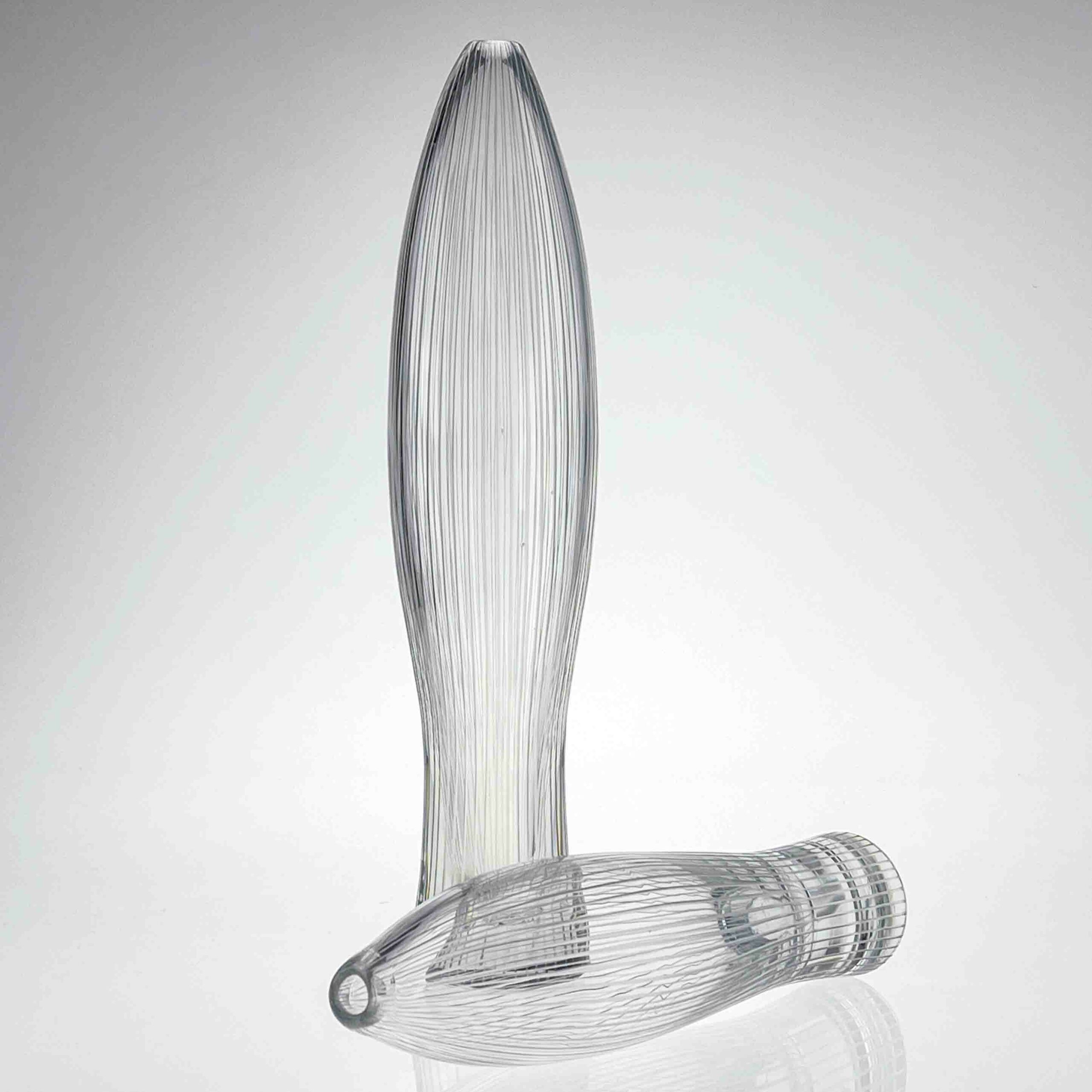 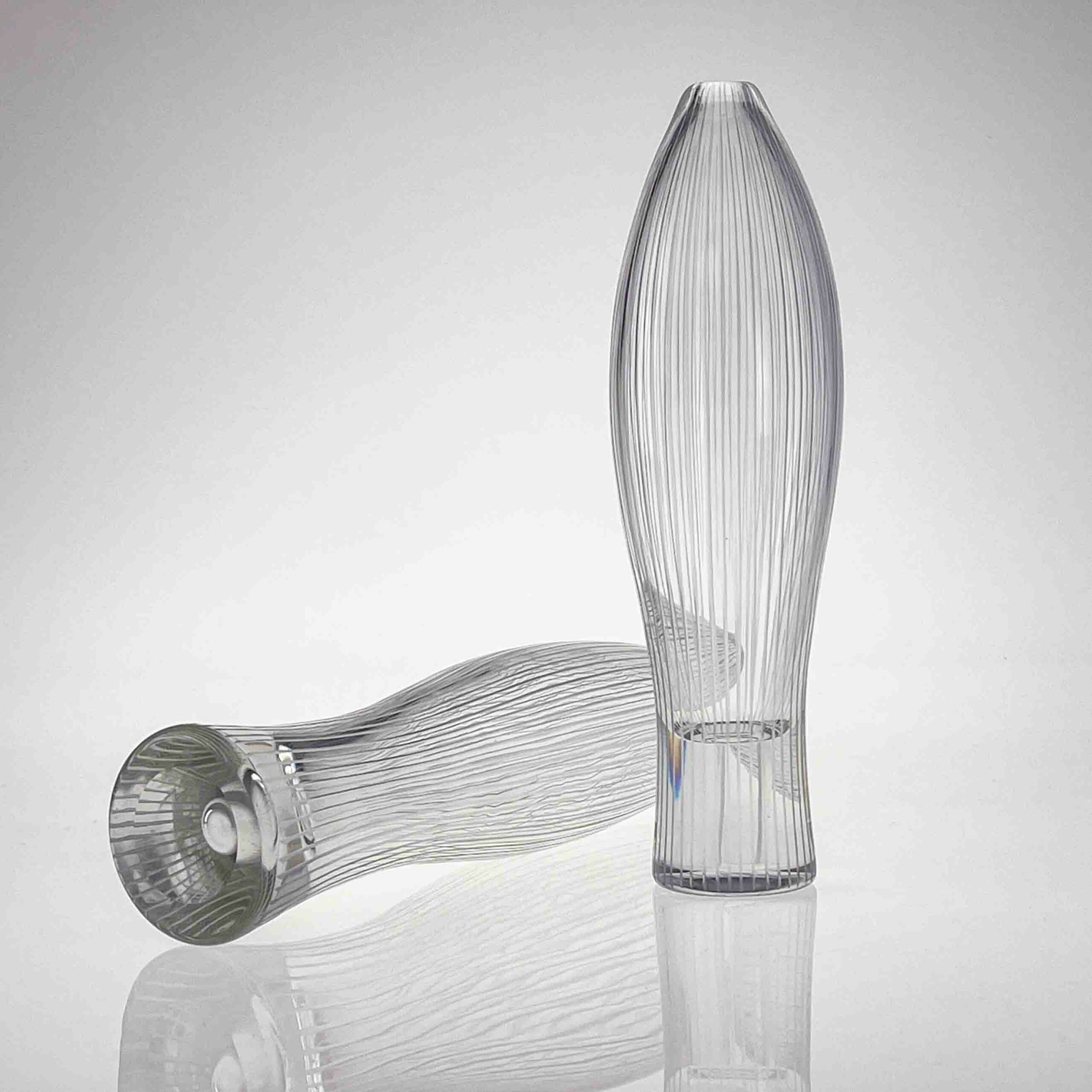 Two turned mold-blown crystal Art-object with vertical cut lines. These Art-objects are model 3561 in the oeuvre of Tapio Wirkkala. It was designed in 1954 and handmade by the craftsmen at the Iittala glassworks in Finland in 1954 or 1955.

These art-objects were made in two sizes and only for a very short time: from 1954-1955. This therefor being a rare complete set of both sizes. They are signed in diamondpen underneath the base: Tapio Wirkkala - Iittala. The largest one is also dated (1955).

Signed in diamondpen underneath the base: Tapio Wirkkala - Iittala. The largest size is also dated (1955). 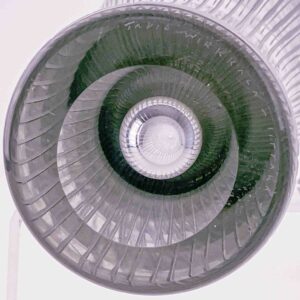 These art-object are in good vintage condition. Some minor scratches underneath the base consistent with age and use. One minute "fleabite" on the largest vase. No cracks or chips.