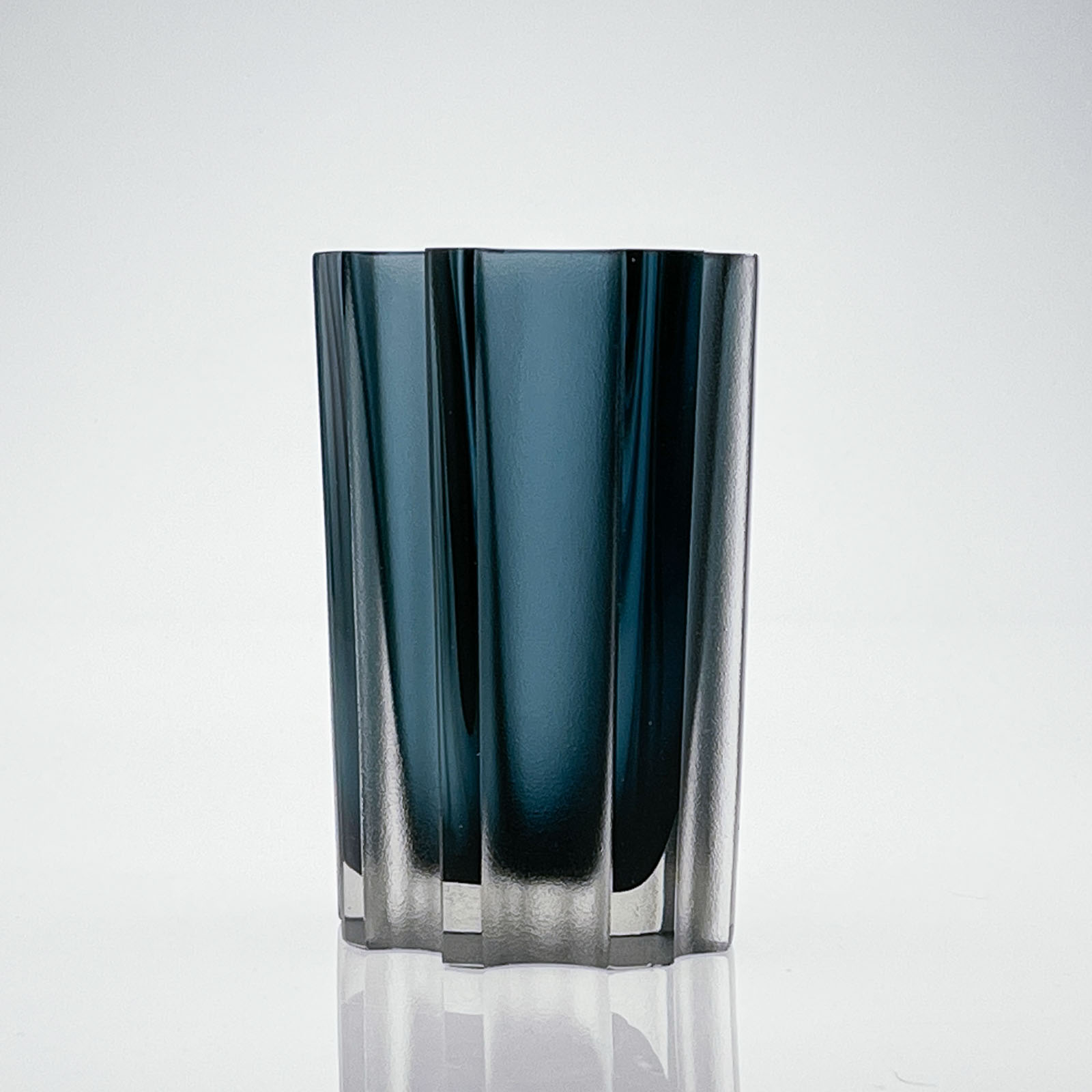 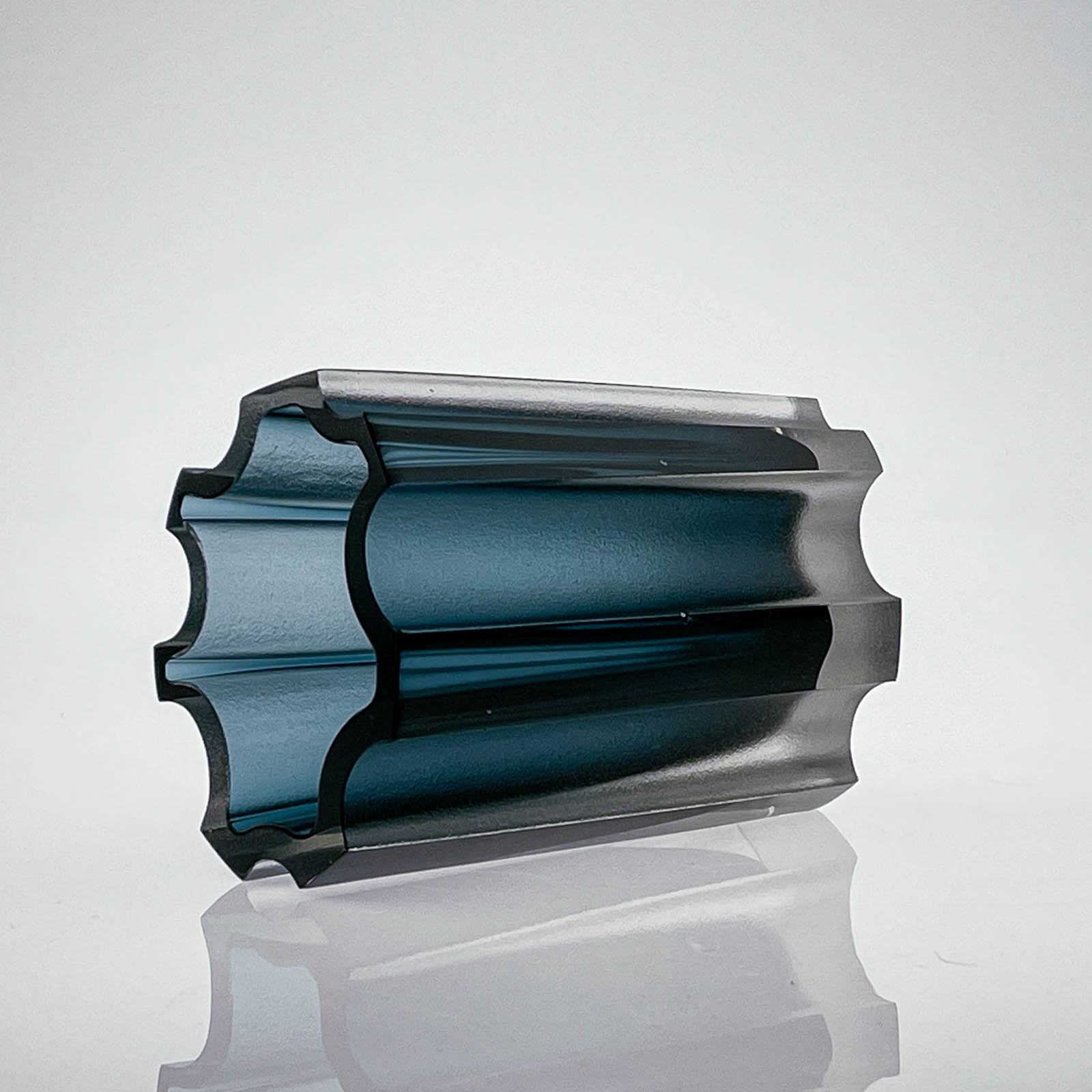 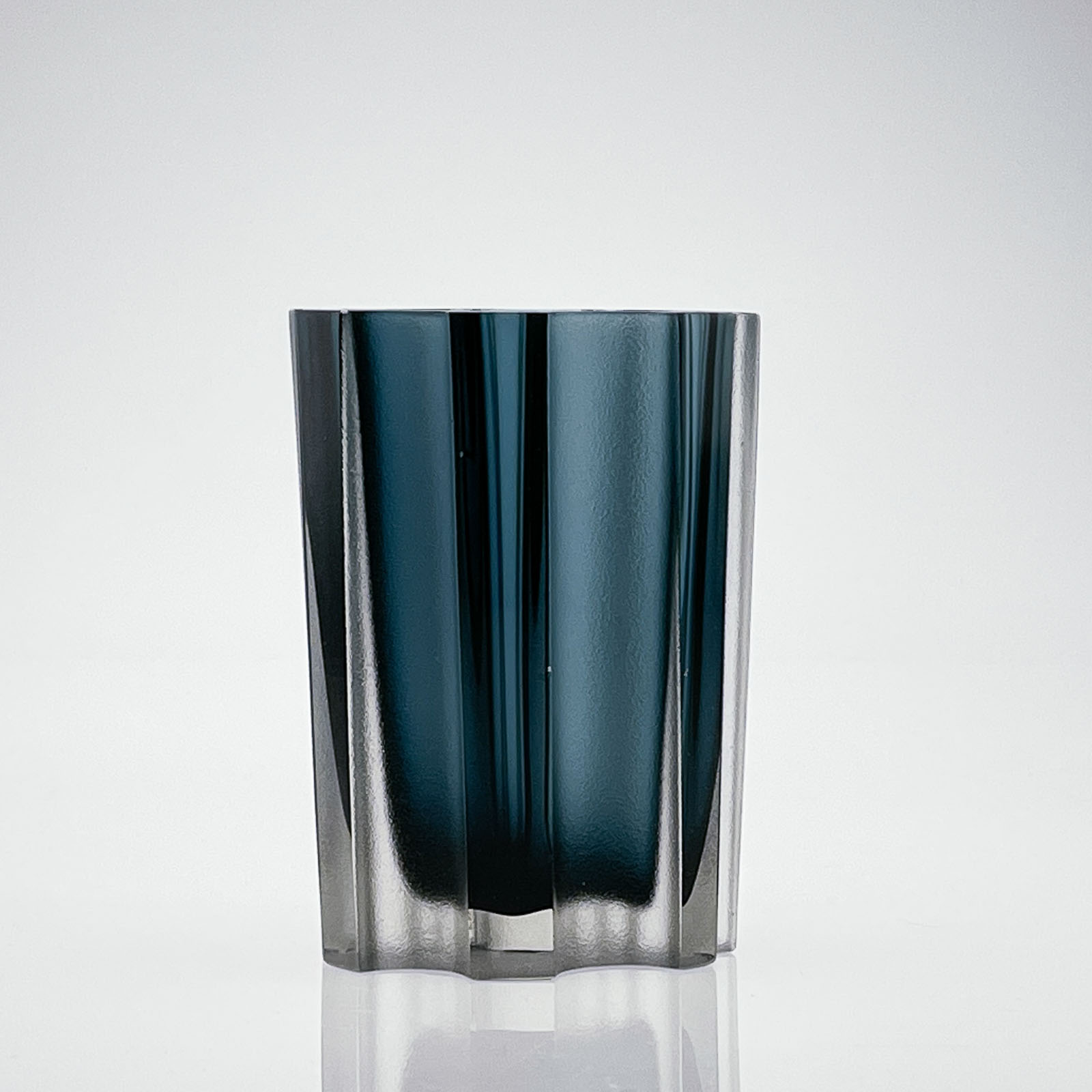 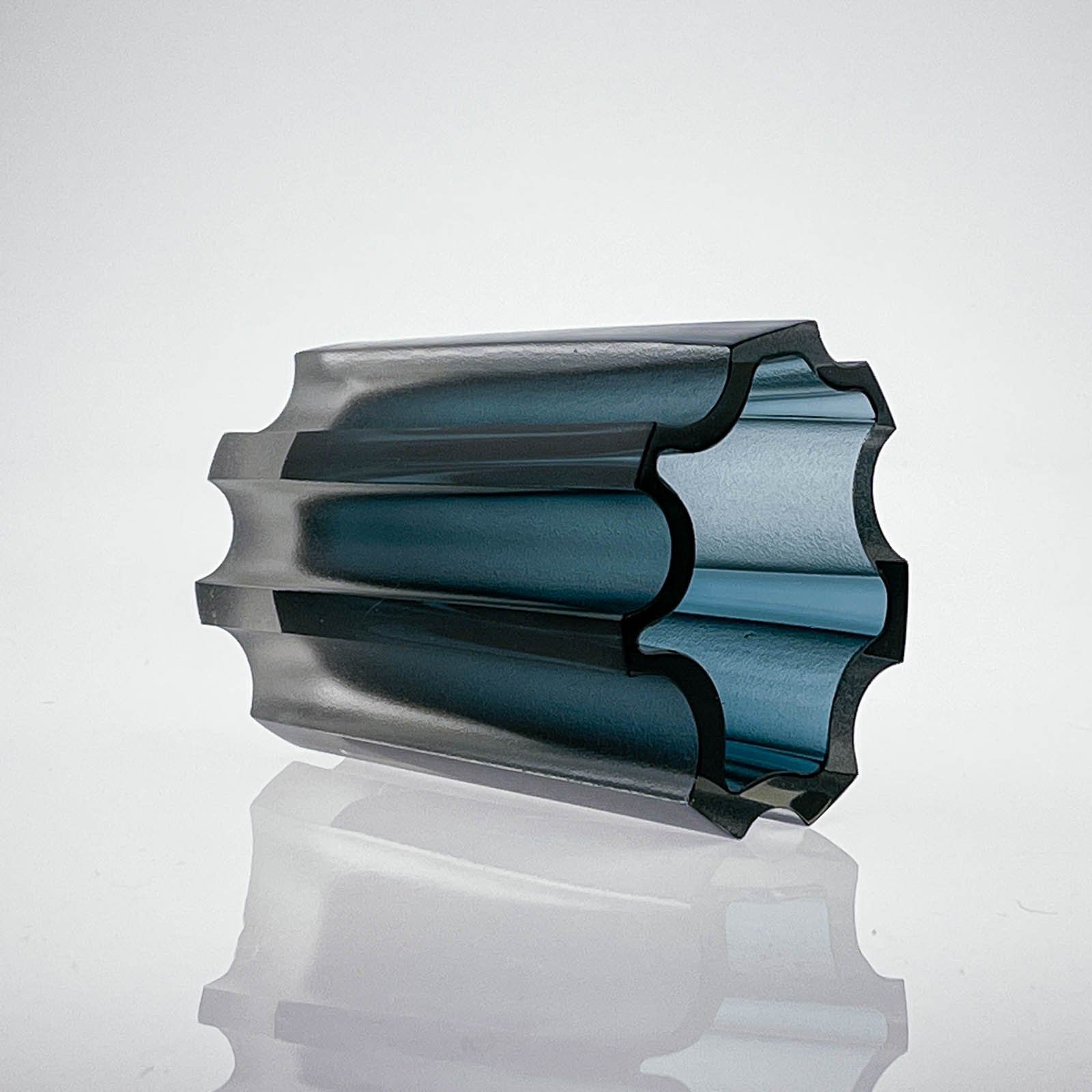 Tapio Wirkkala (1915 Hanko, Finland - 1985 Helsinki, Finland) A giant of Finnish design, Wirkkala was an artist of great diversity for whom no material was alien and who left no area of design unexplored. glass art

A glass art design competition held by the Iittala glassworks in 1946 was the event that set his career in motion; the first prize went jointly to Wirkkala and Kaj Franck.

A still mold-blown, cased blue and clear glass Art-object / Vase, partly sandblasted and partly polished. This Art-object is model 3502 in the oeuvre of Tapio Wirkkala. Designed in 1959 it remained in production between 1959 and 1969.

It was made in two colours (grey and blue) and three different sizes. This particular object is a fully marked smallest sized blue example.