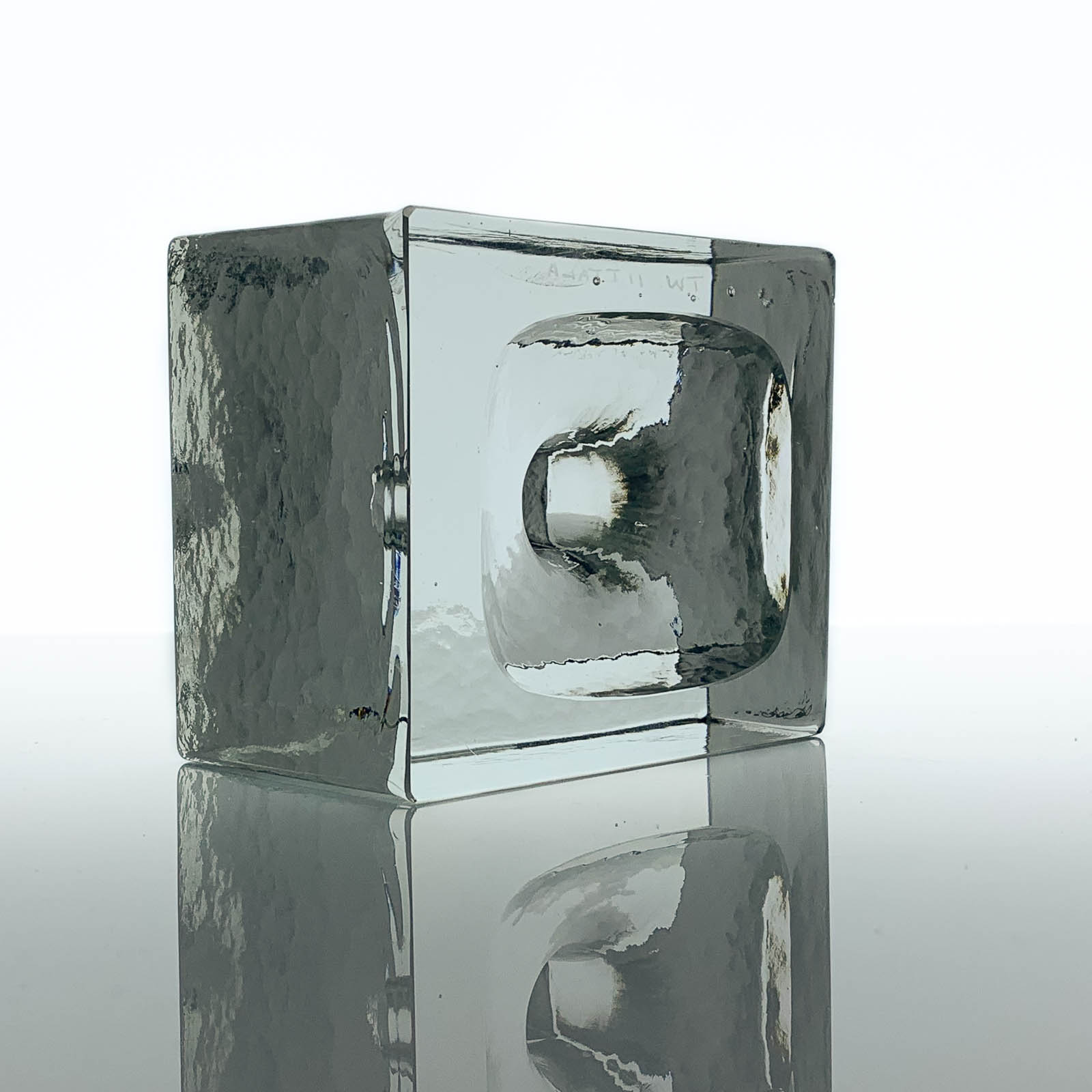 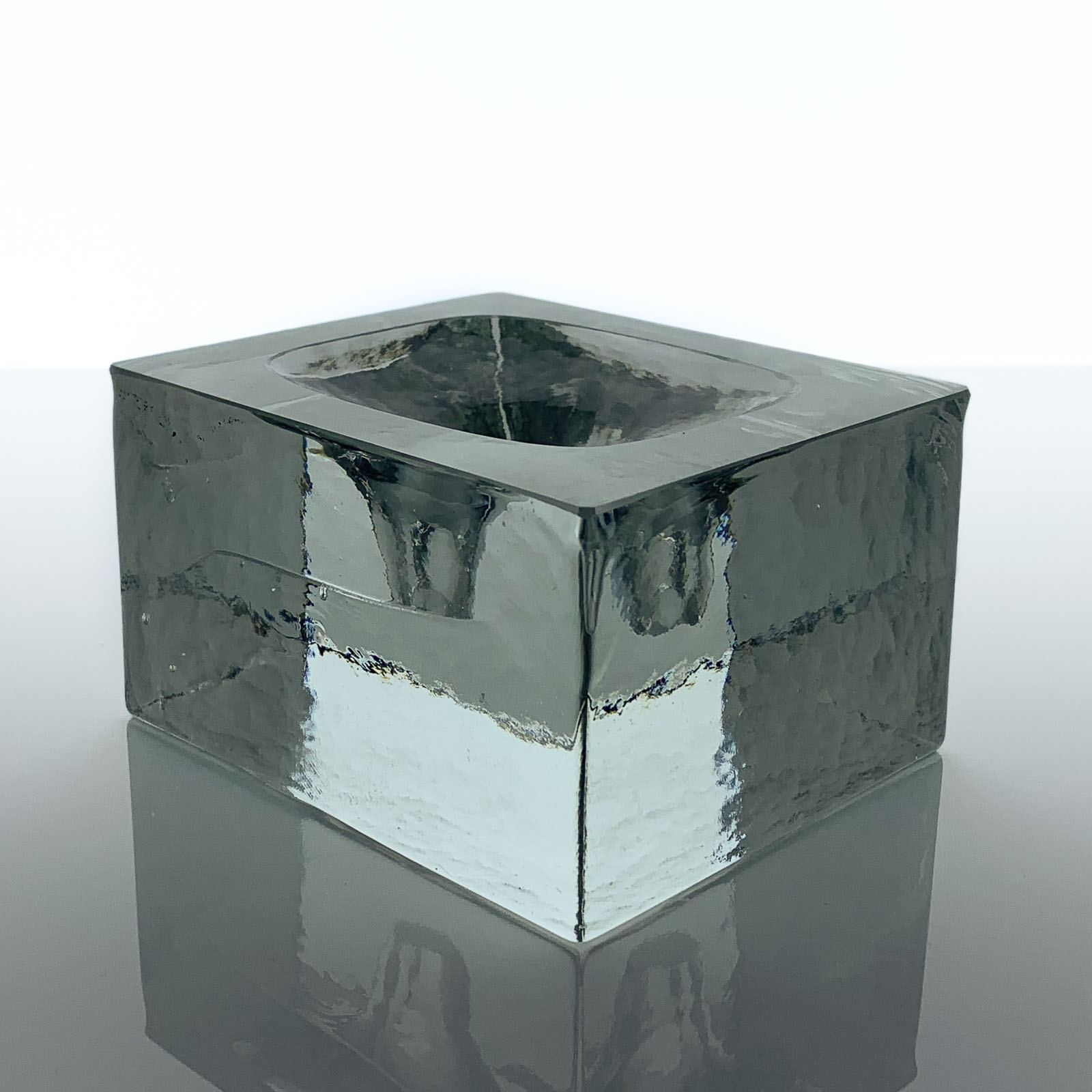 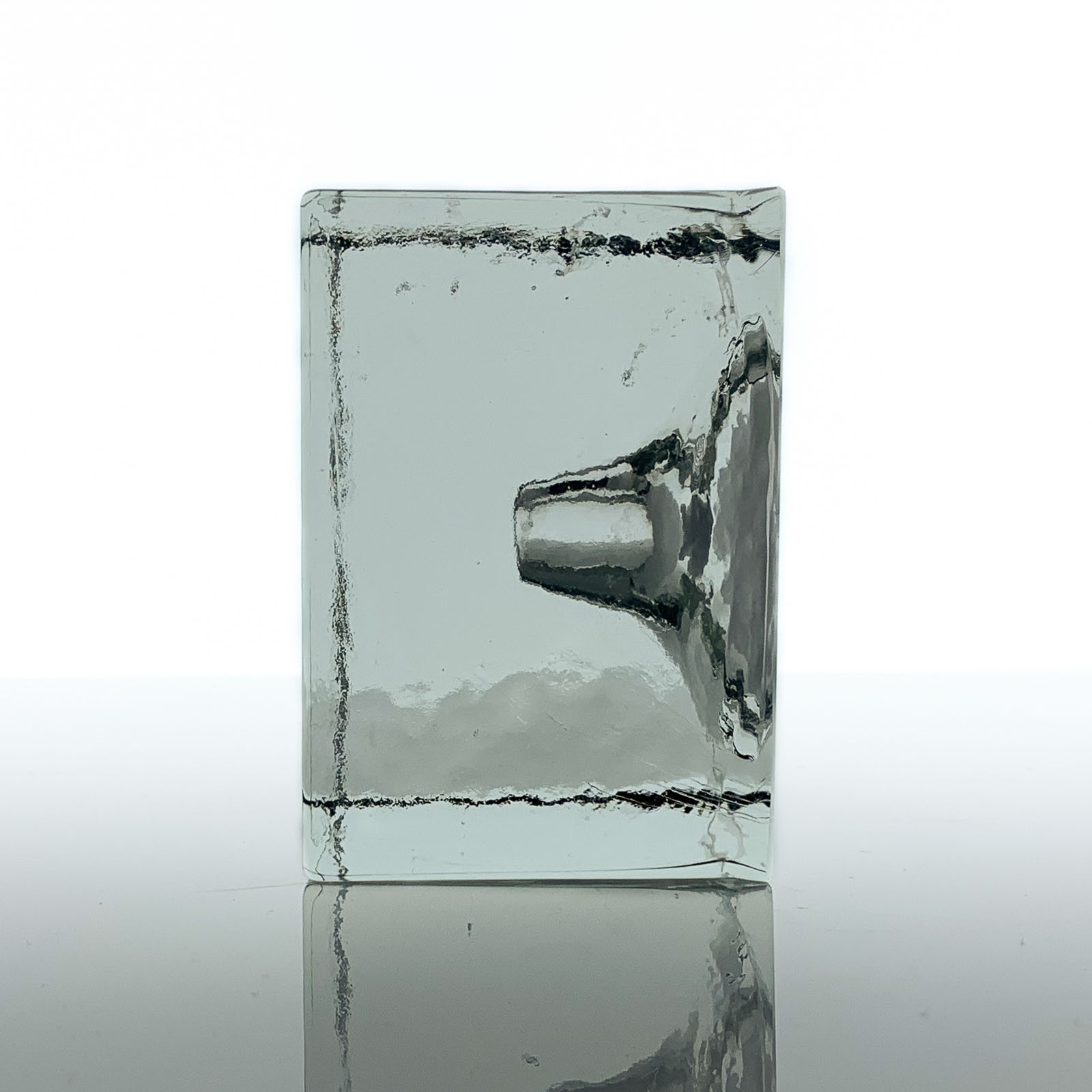 Tapio Wirkkala (1915 Hanko, Finland - 1985 Helsinki, Finland) A giant of Finnish design, Wirkkala was an artist of great diversity for whom no material was alien and who left no area of design unexplored. A art glass design competition held by the Iittala glassworks in 1946 was the event that set his career in motion; the first prize went jointly to Wirkkala and Kaj Franck.

Cast, side cut glass Art-object / Sculpture "Kuvaputki", model 0575. Designed by Tapio Wirkkala for the Valcon Company in 1978 and executed by iittala in a limited edition in the same year.

This sculpture was presented as a inauguration gift to dignatories invited at the opening of the Vascon Television Tube factory in august 1978. The object itself is an abstracted depiction of such a television tube.

This object is signed on the reverse in diamondpen: TW (Tapio Wirkkala) Iittala

This art-object is in good condition, some minor scratches consistent with age and use.

TW (Tapio Wirkkala) Iittala in diamondpen on the reverse. 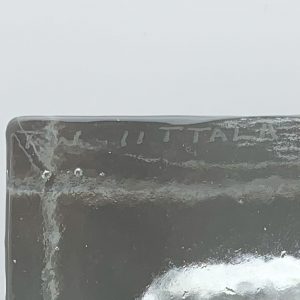