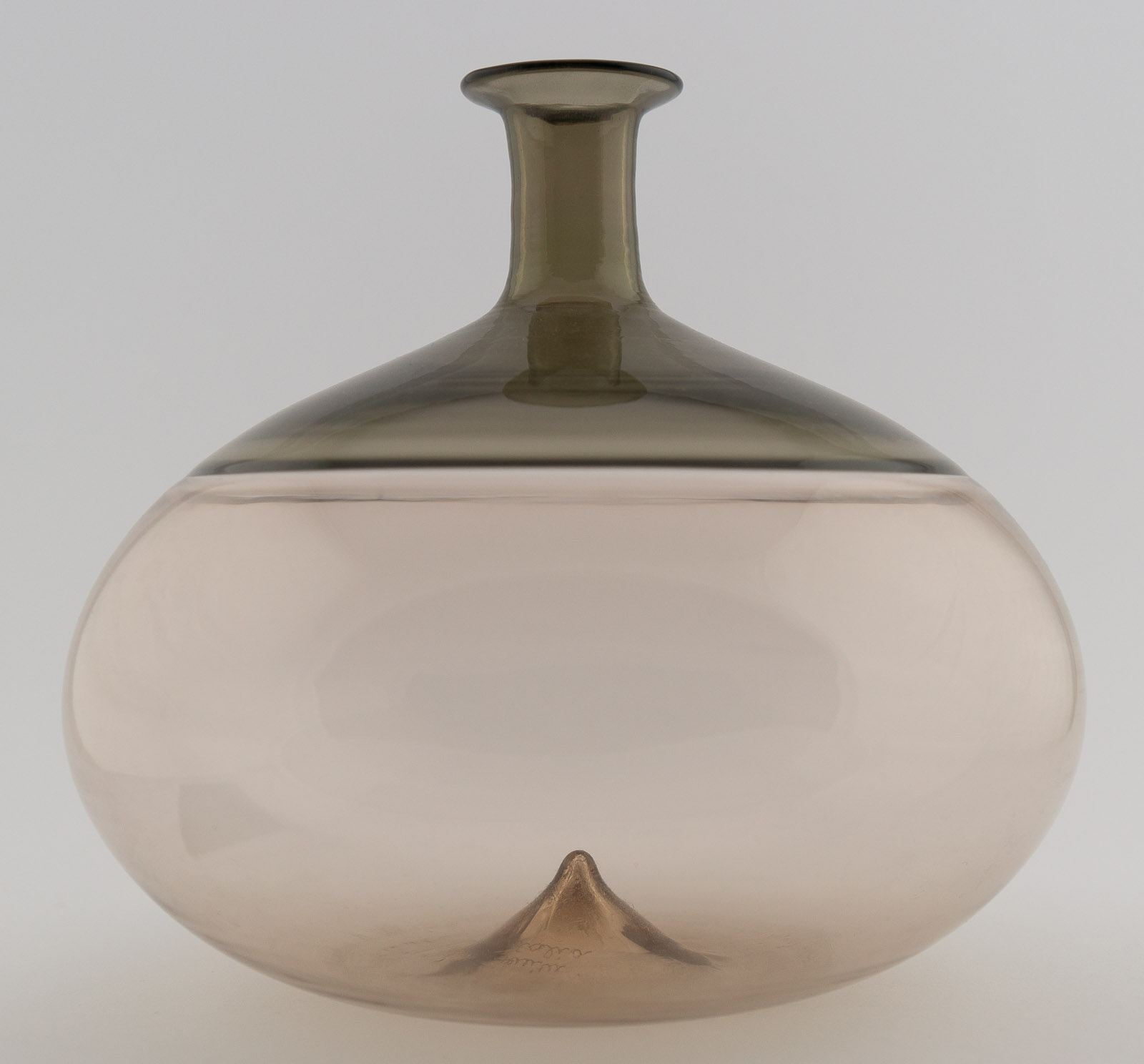 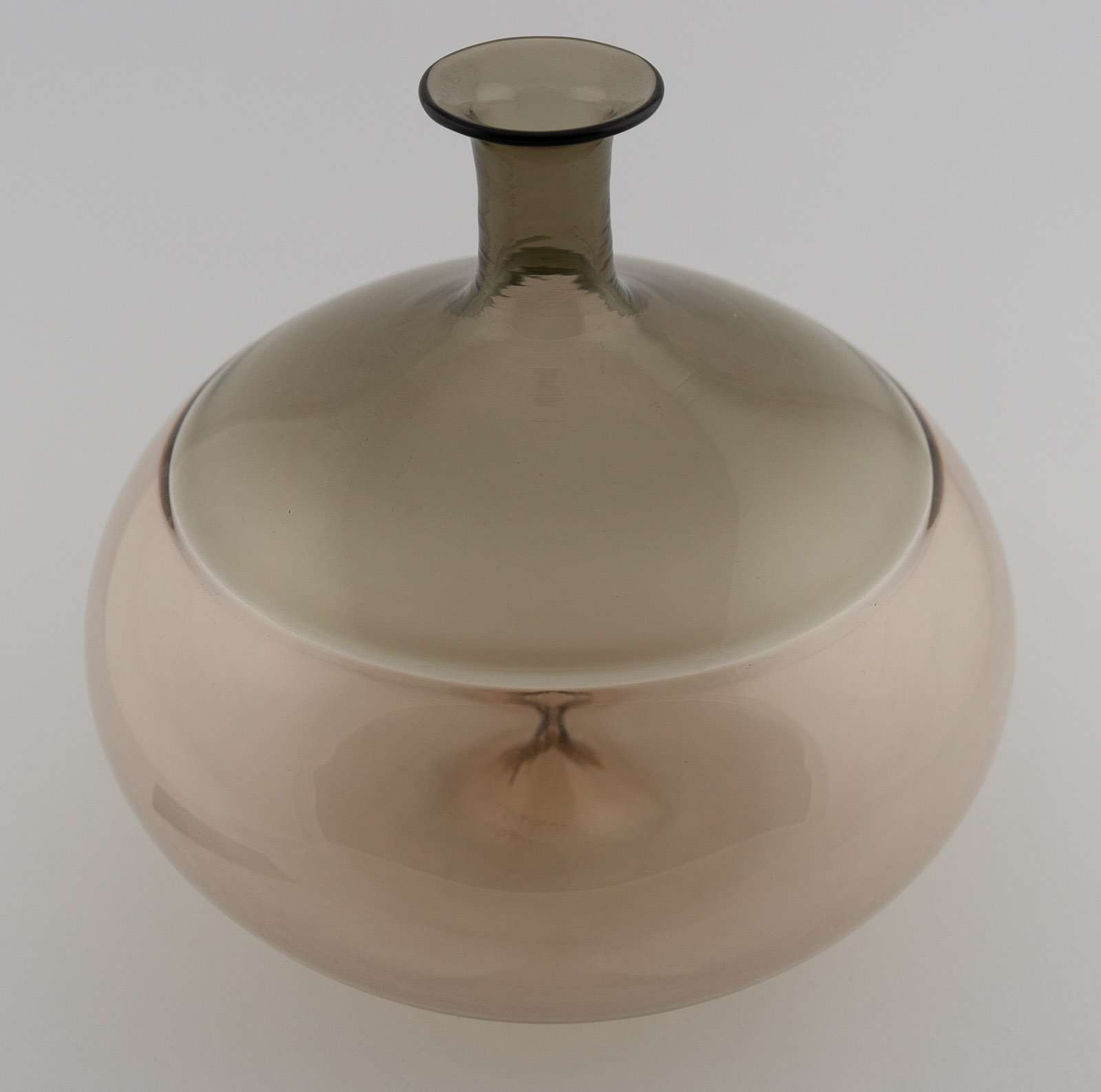 “Bolle” bottle model 502 in two-tone brown free-blow glass with Incalmo technique. Designed by Tapio Wirkkala in1966 and executed by Venini glassworks, circa 1970.

Vase is in good condition, some minor scratches consistent with age and use.