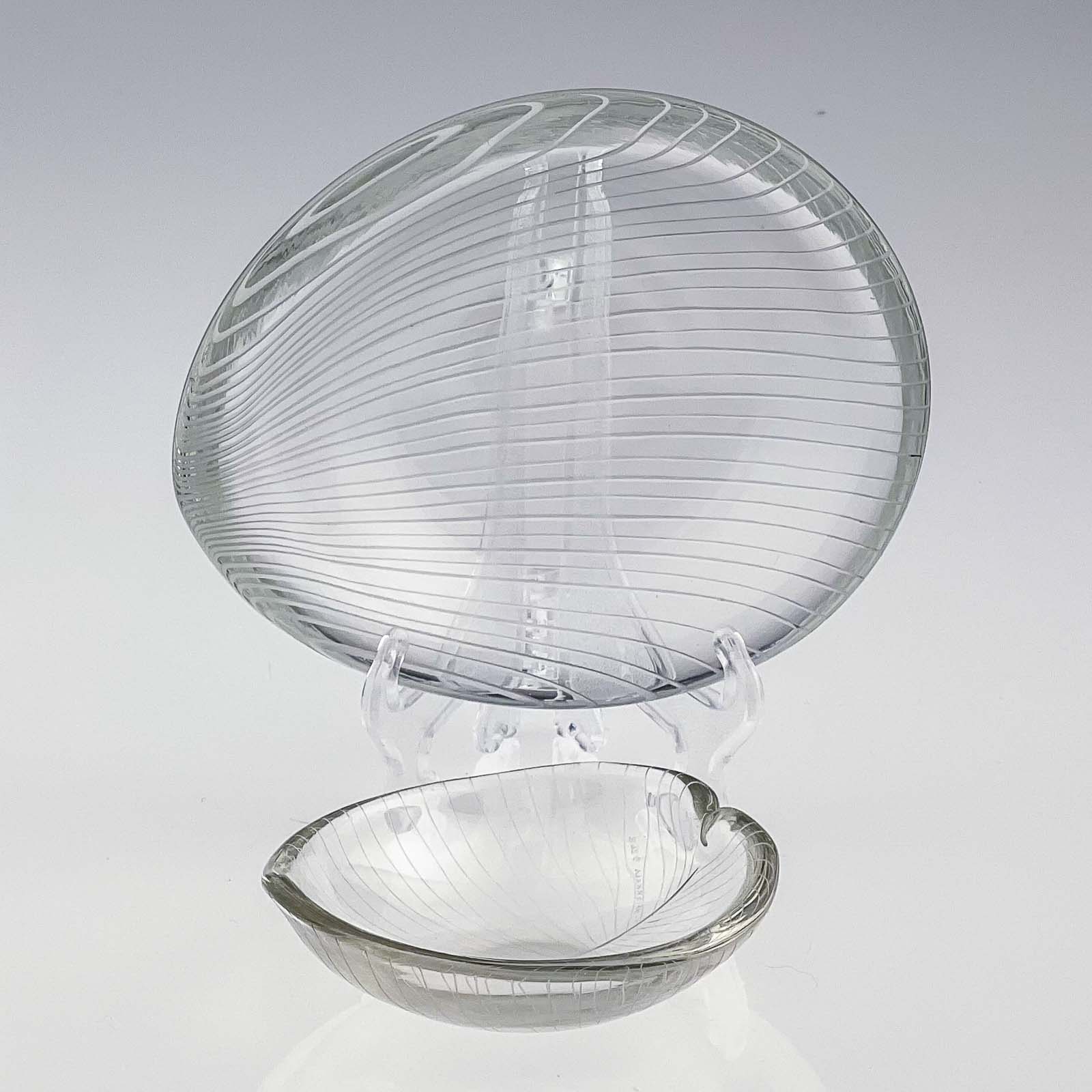 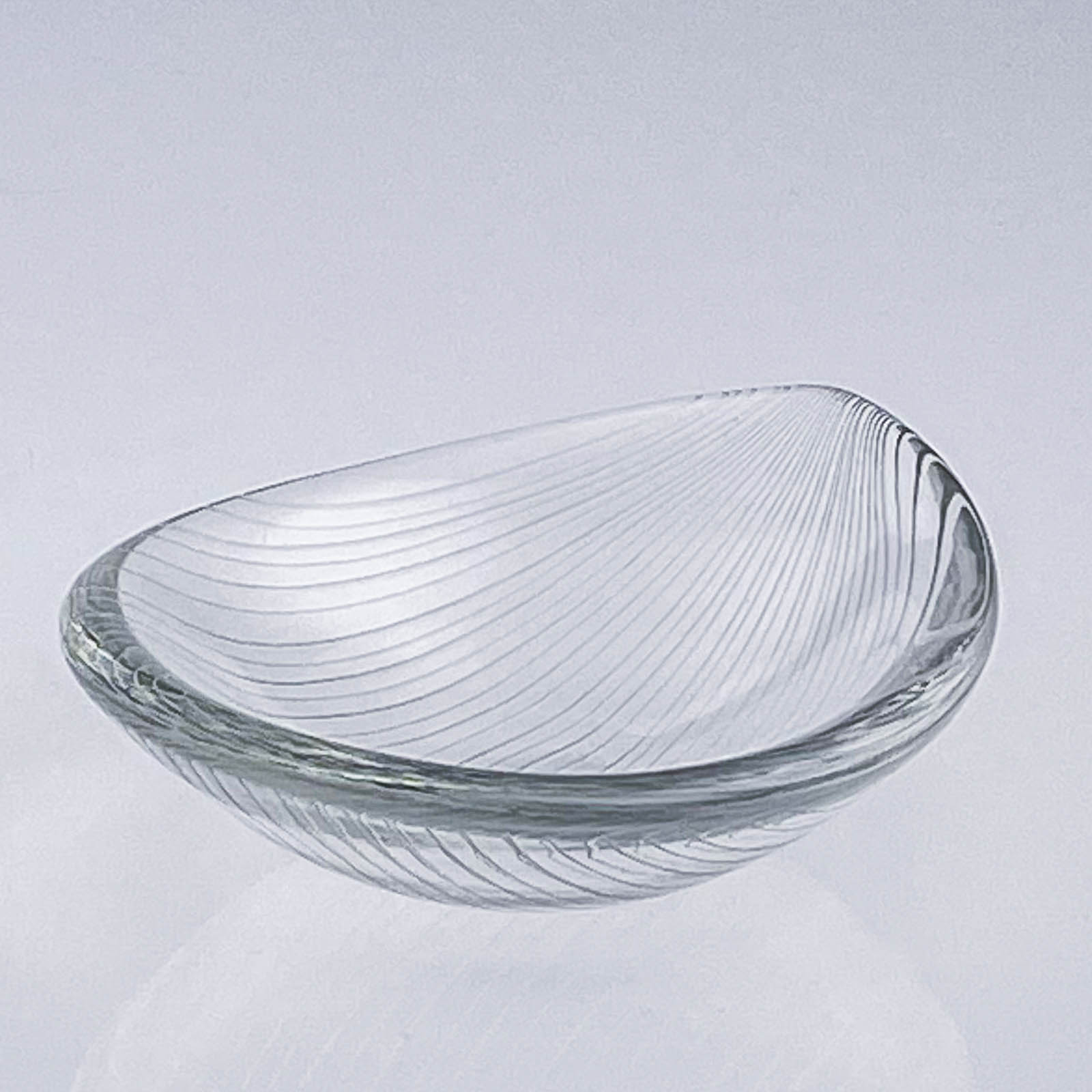 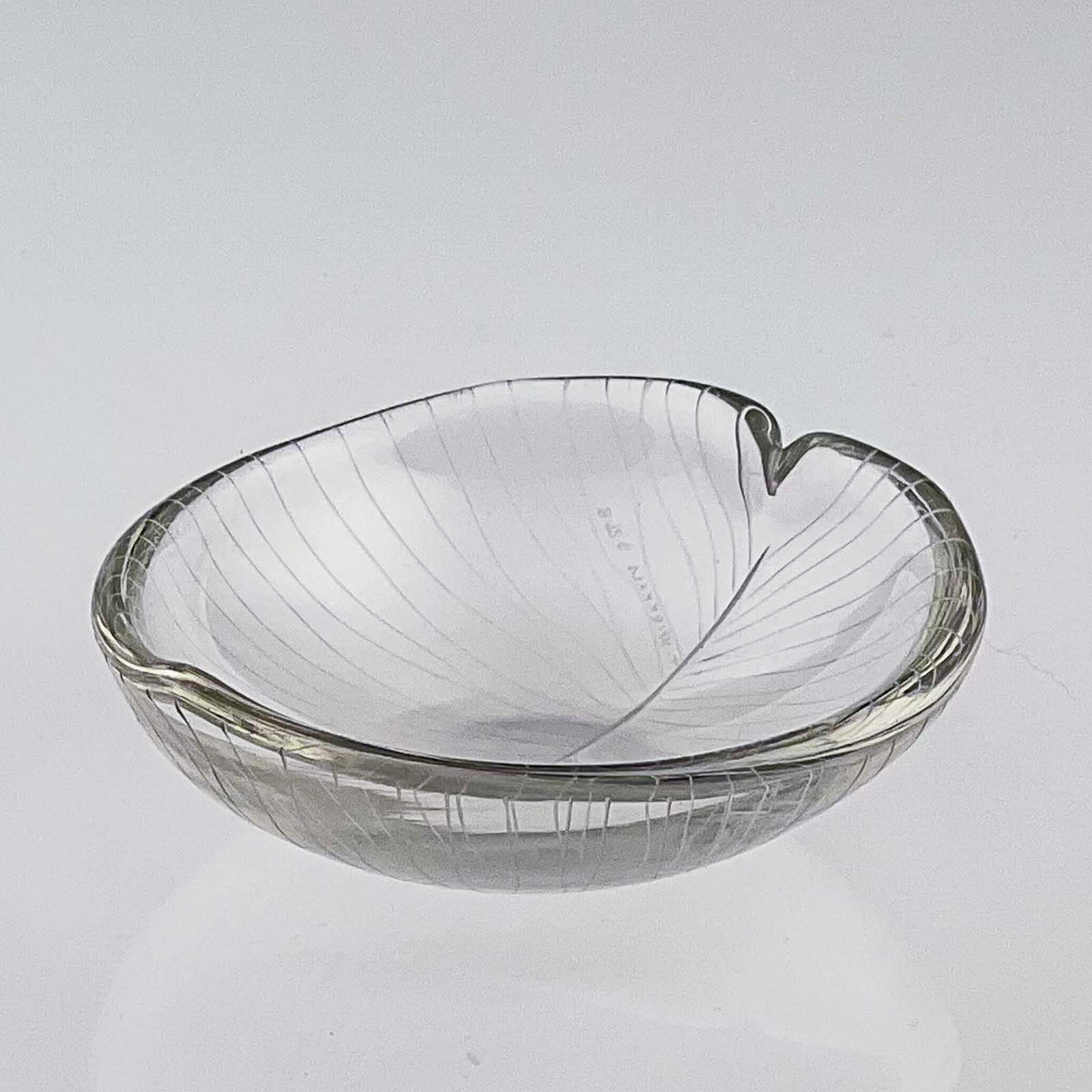 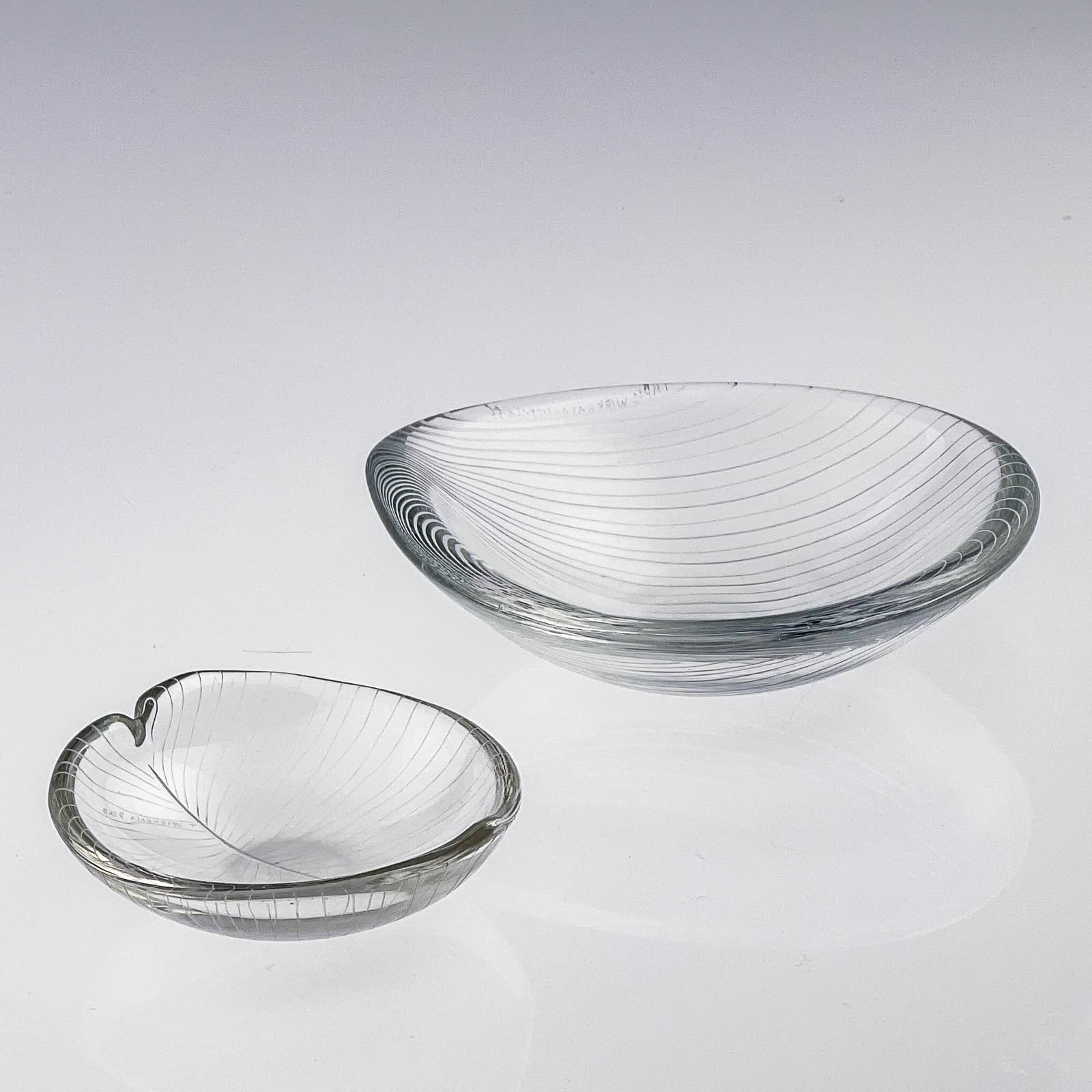 Tapio Wirkkala (1915 Hanko, Finland - 1985 Helsinki, Finland) A giant of Finnish design, Wirkkala was an artist of great diversity for whom no material was alien and who left no area of design unexplored. Crystal

Both in diamondpen on the reverse.

Good overall condition, minor wear consistent of age and use. Scratches underneath the base.