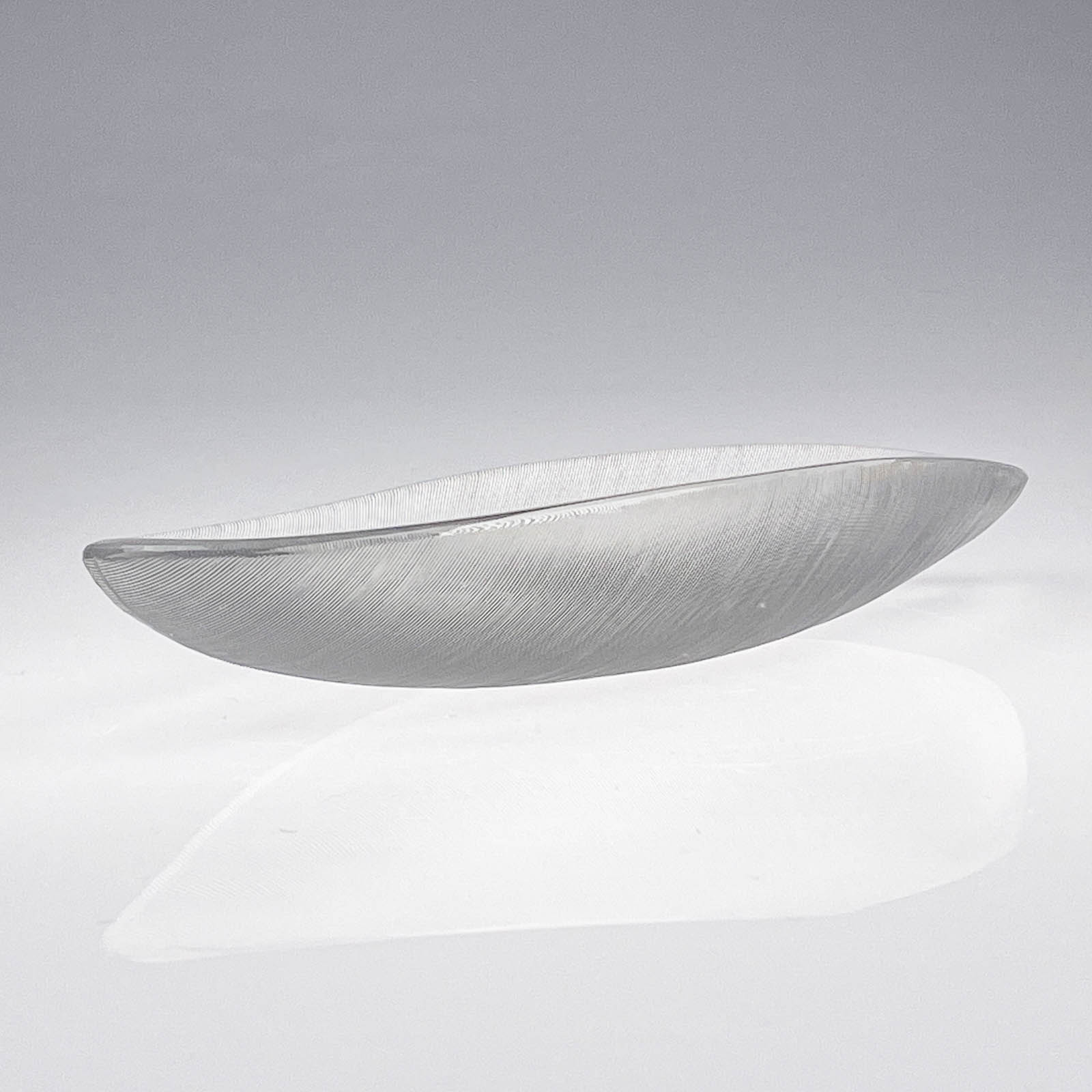 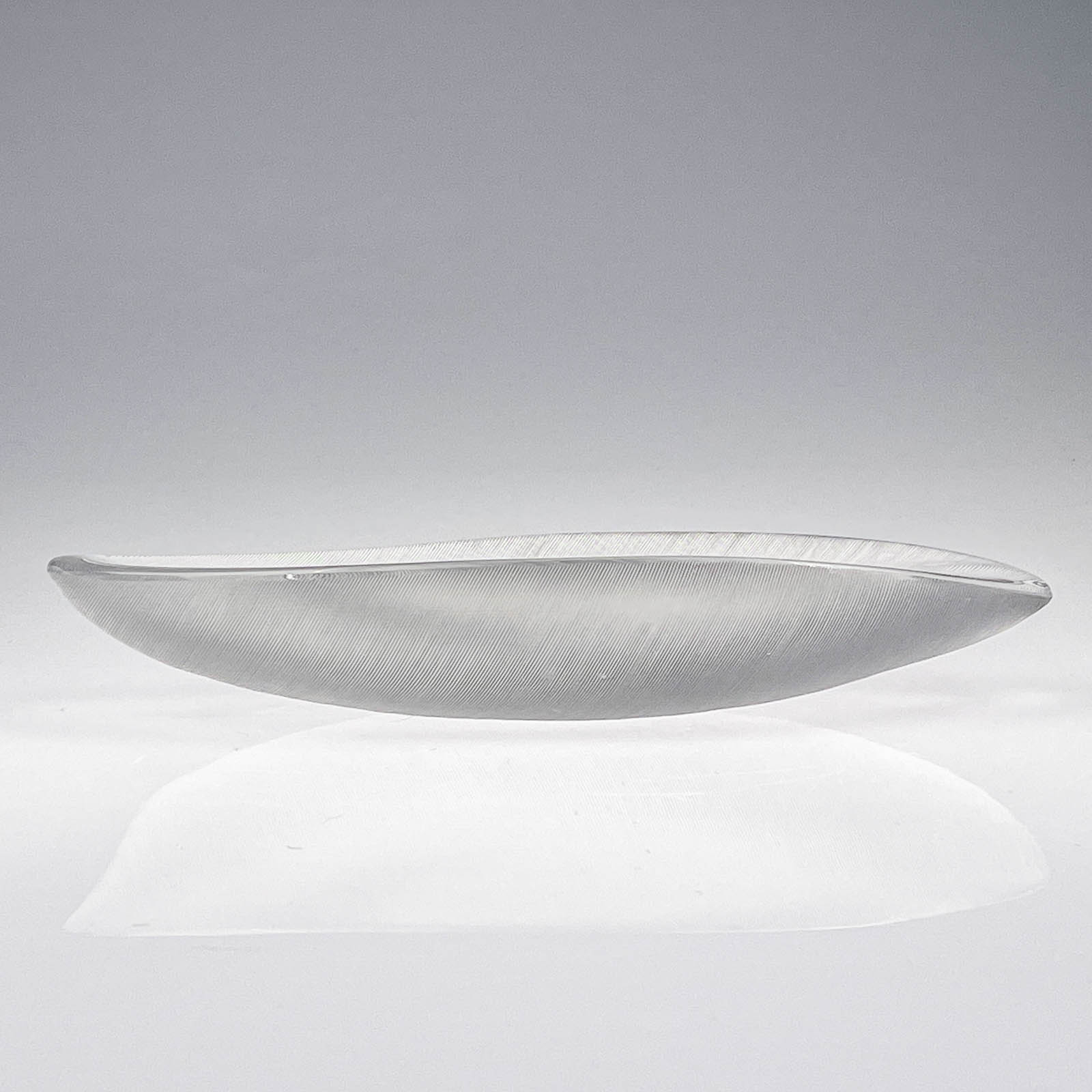 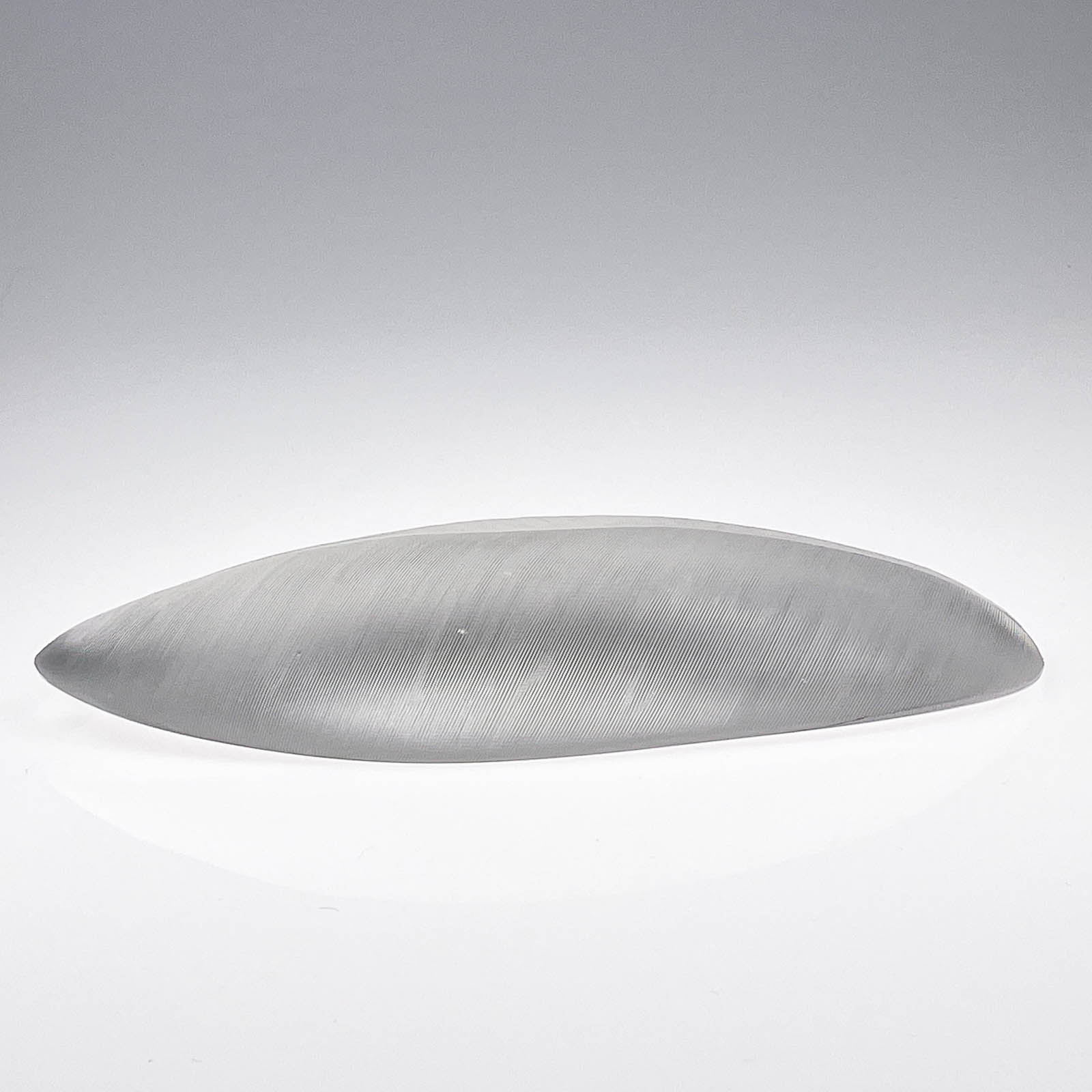 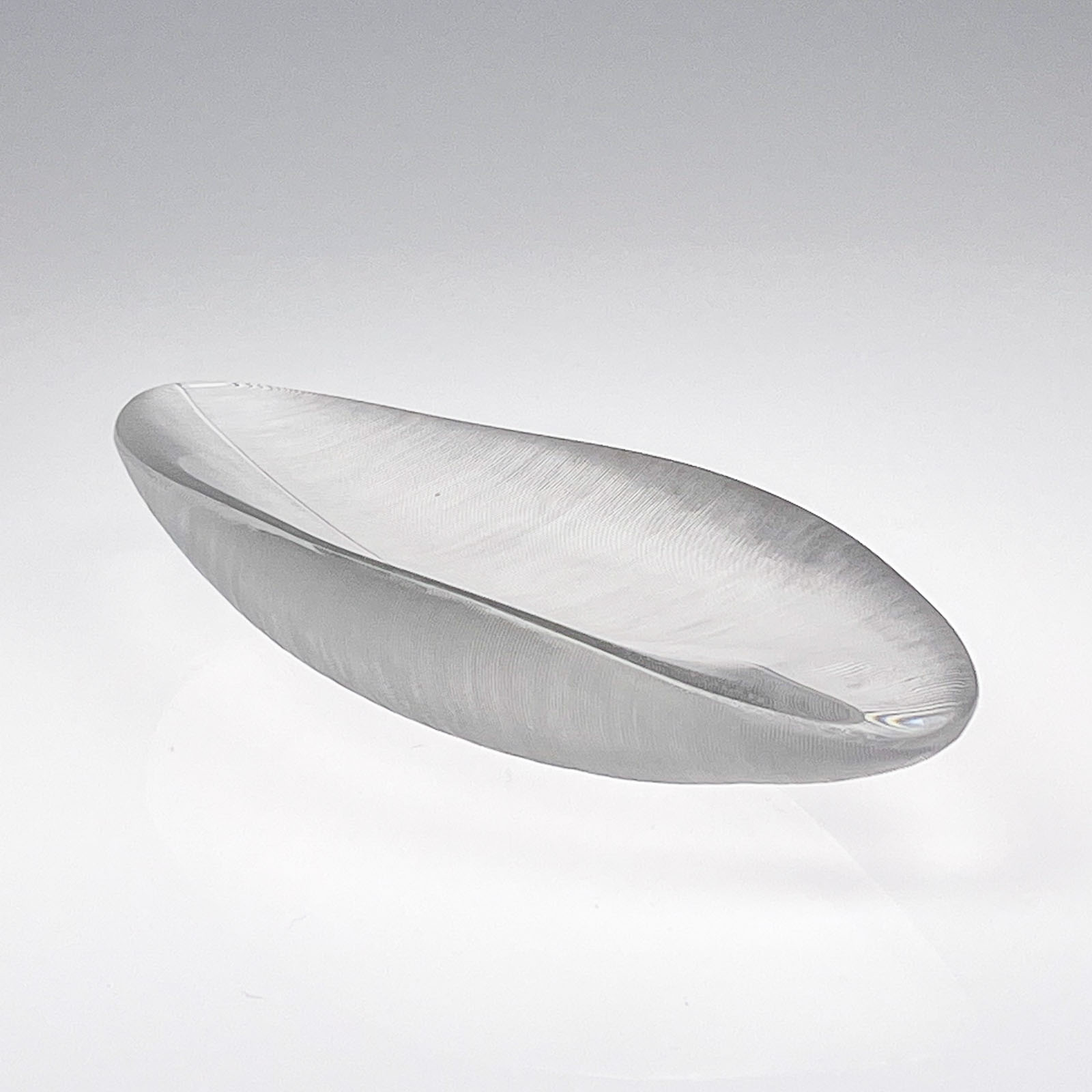 Model 3369 was produced in two variants (30 and 40 cm). This is a smaller example measuring 30,5 cm. This art-object was introduced on the 10th Triennale of Milan in 1954 where Tapio Wirkkala was awarded the Grand Prix for this design. 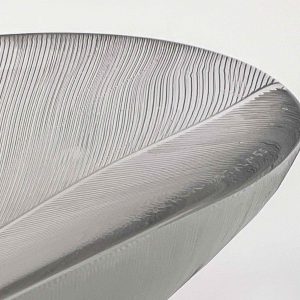 This “feather” is in very good condition, some minor scratches consistent with age and use. No cracks, chips or deep scratches.