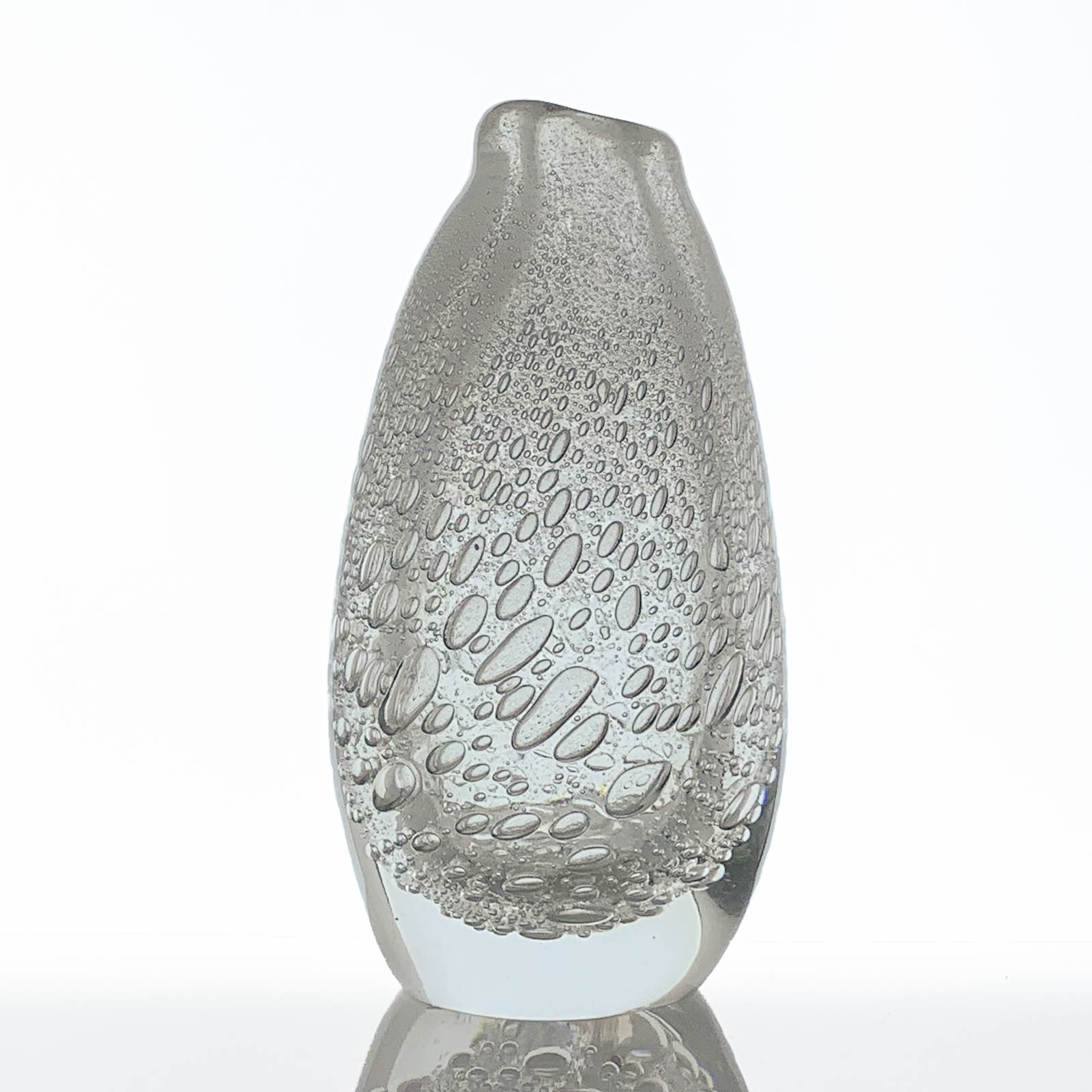 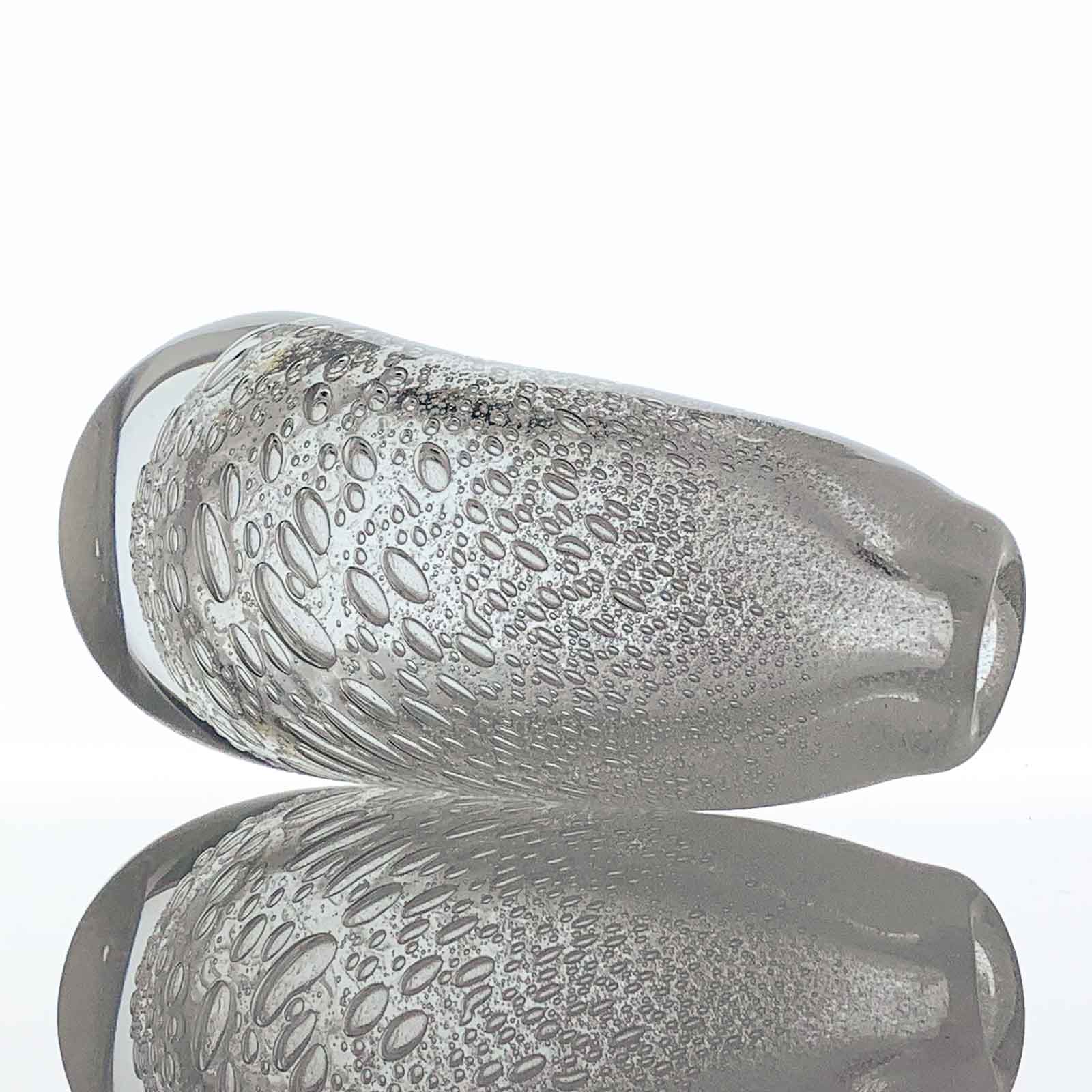 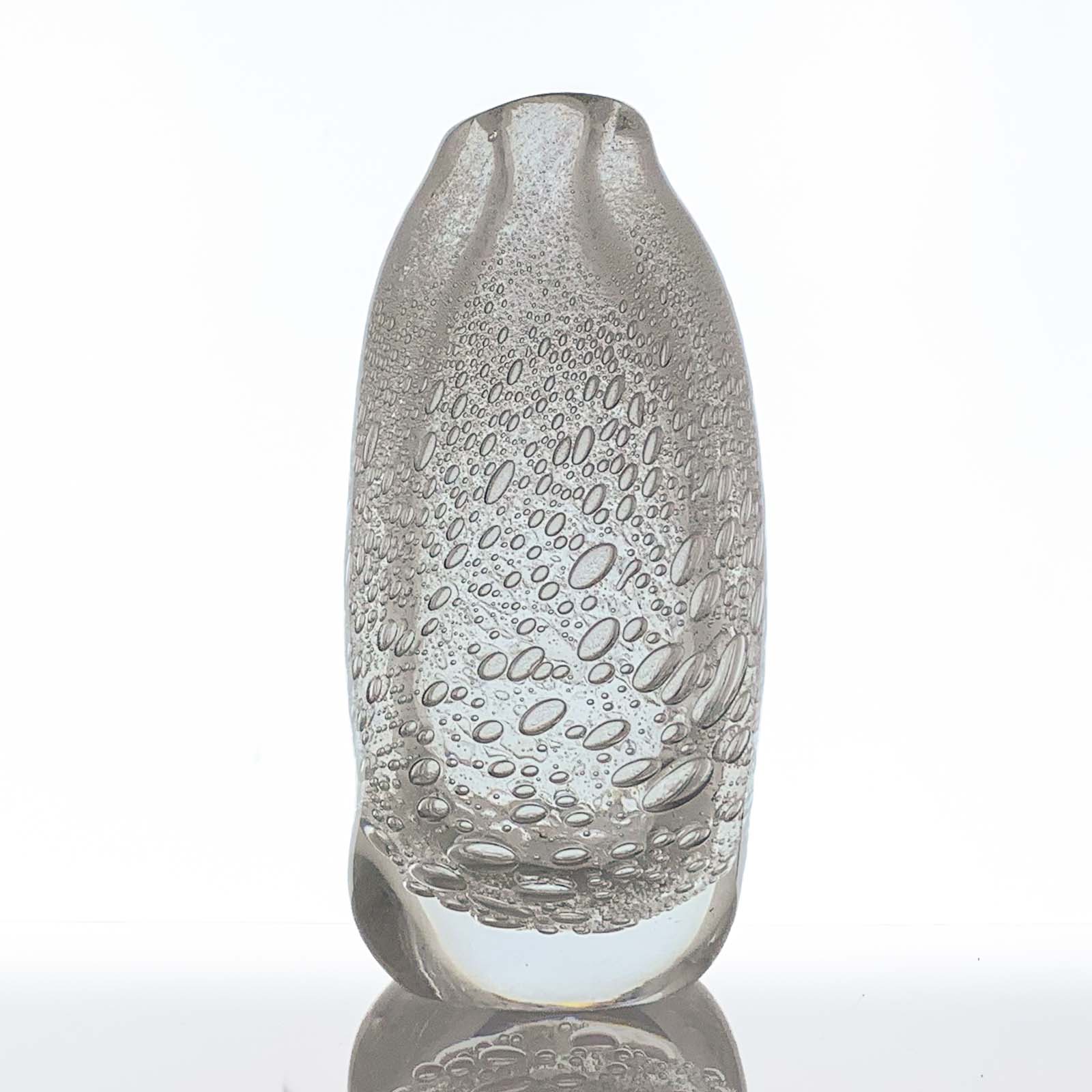 The glassmass was free blown blown after which it was formed in the final shape while still hot. The bubbles in the glass were created by adding sodium into the glassmass. These particals would chemically react and form bubbles. 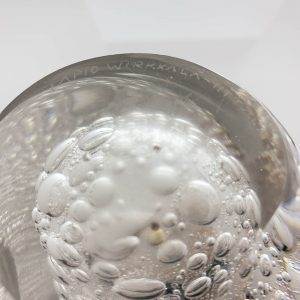 Good overall condition, minor wear consistent of age and use.