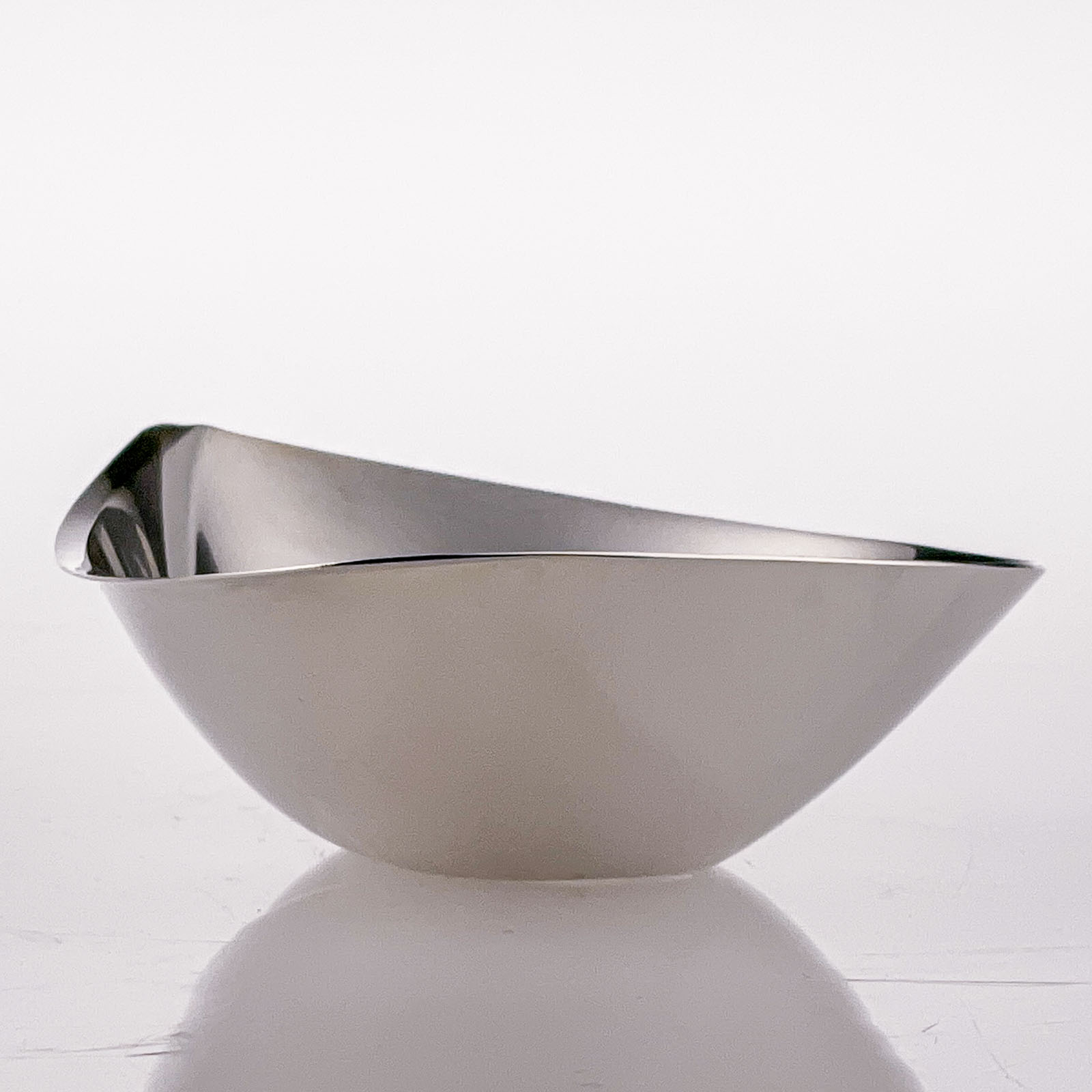 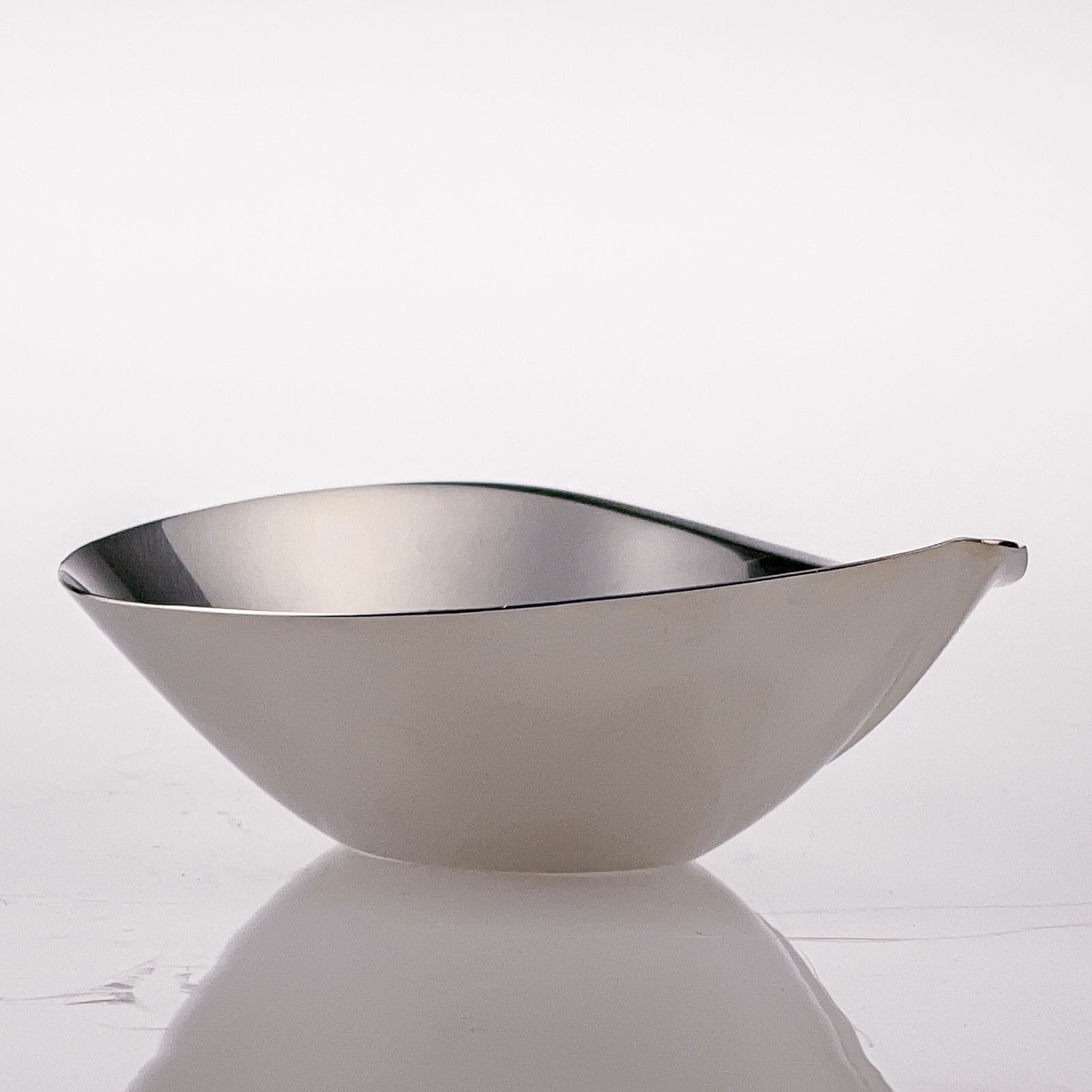 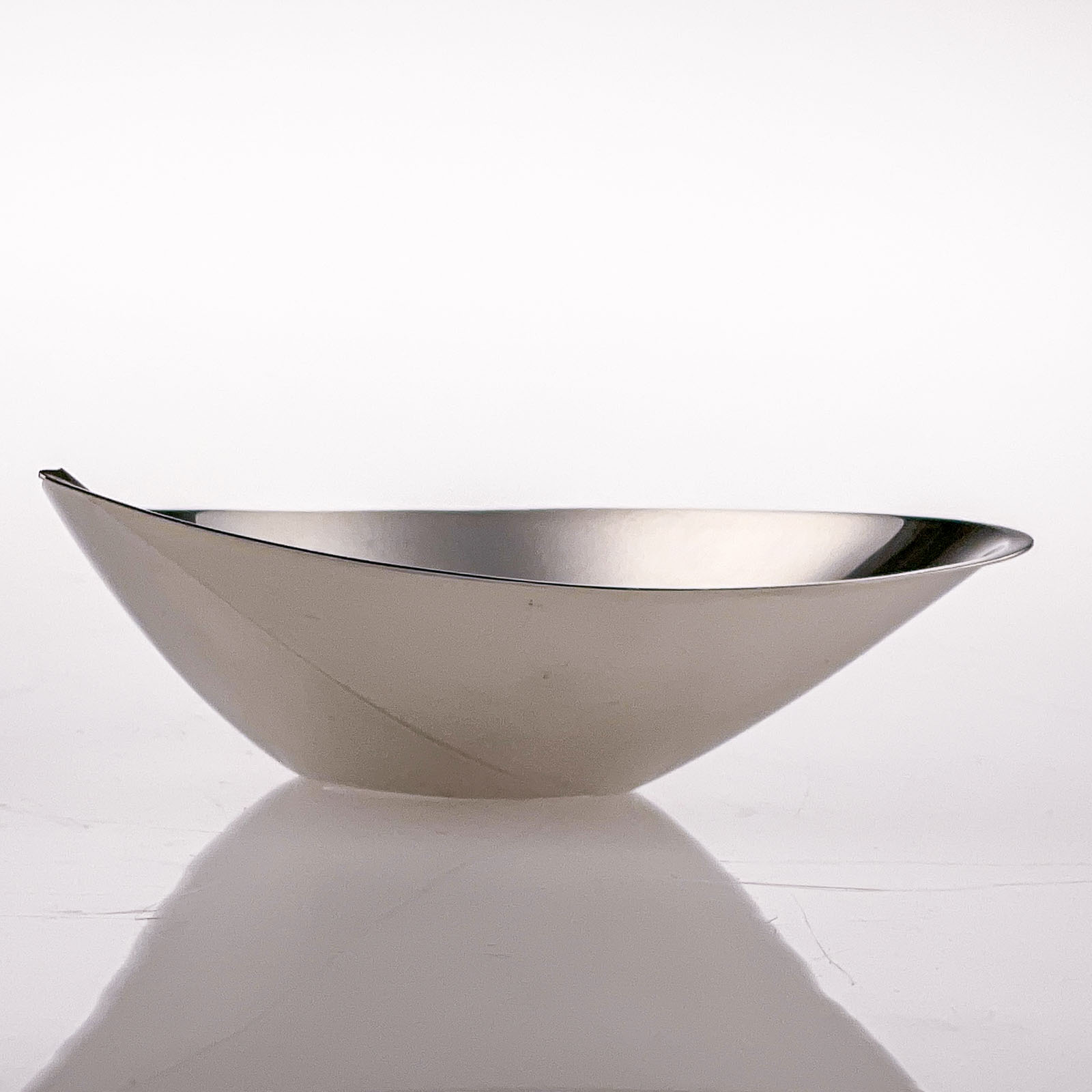 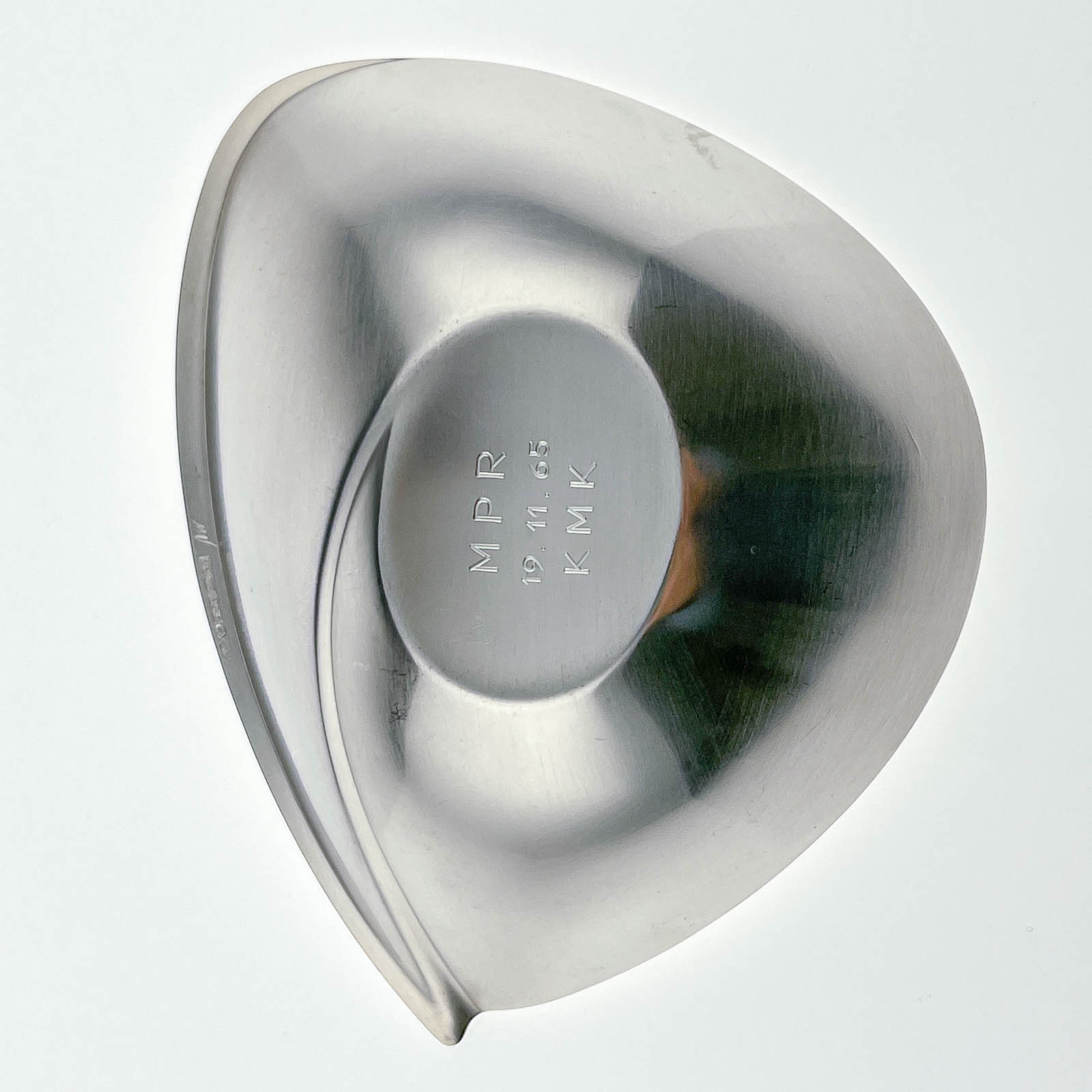 A silver bowl / art-object, designed in 1957 by Tapio Wirkalla and executed by the silversmiths of Kultakeskus in 1965.

The base shape of the bowl is triangal with rounded corners. On one corner Wirkkala designed a v-shaped incision that tapers into the base.

This bowl is model TW 118 in the oeuvre of the Finnish master and was released in serial production in 14 cm. It was also possible to order a much larger size (34 cm) these were only made to order.

This particular specimen is serial production example and is fully marked and in good vintage condition. It hase a personalised inscription underneath the base.