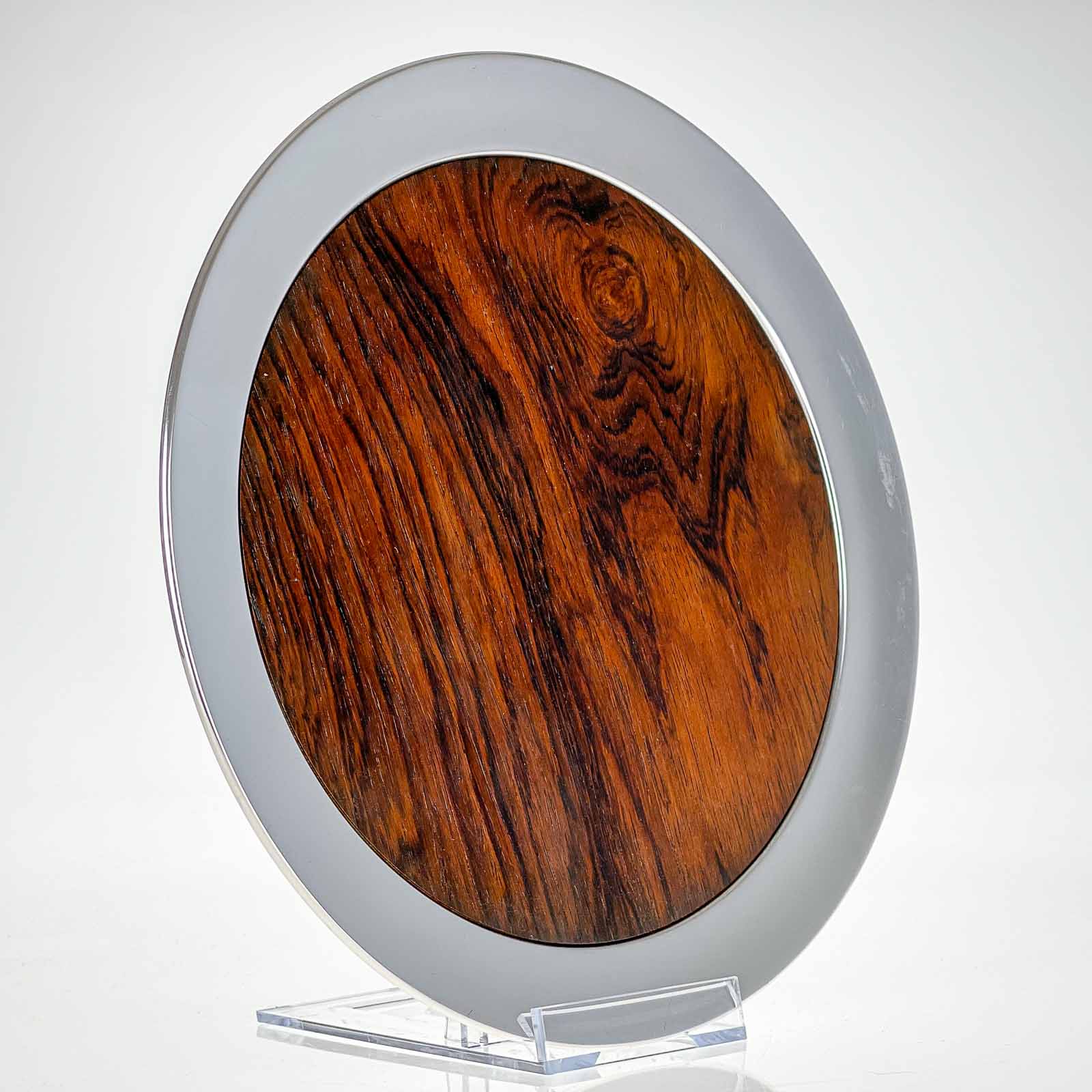 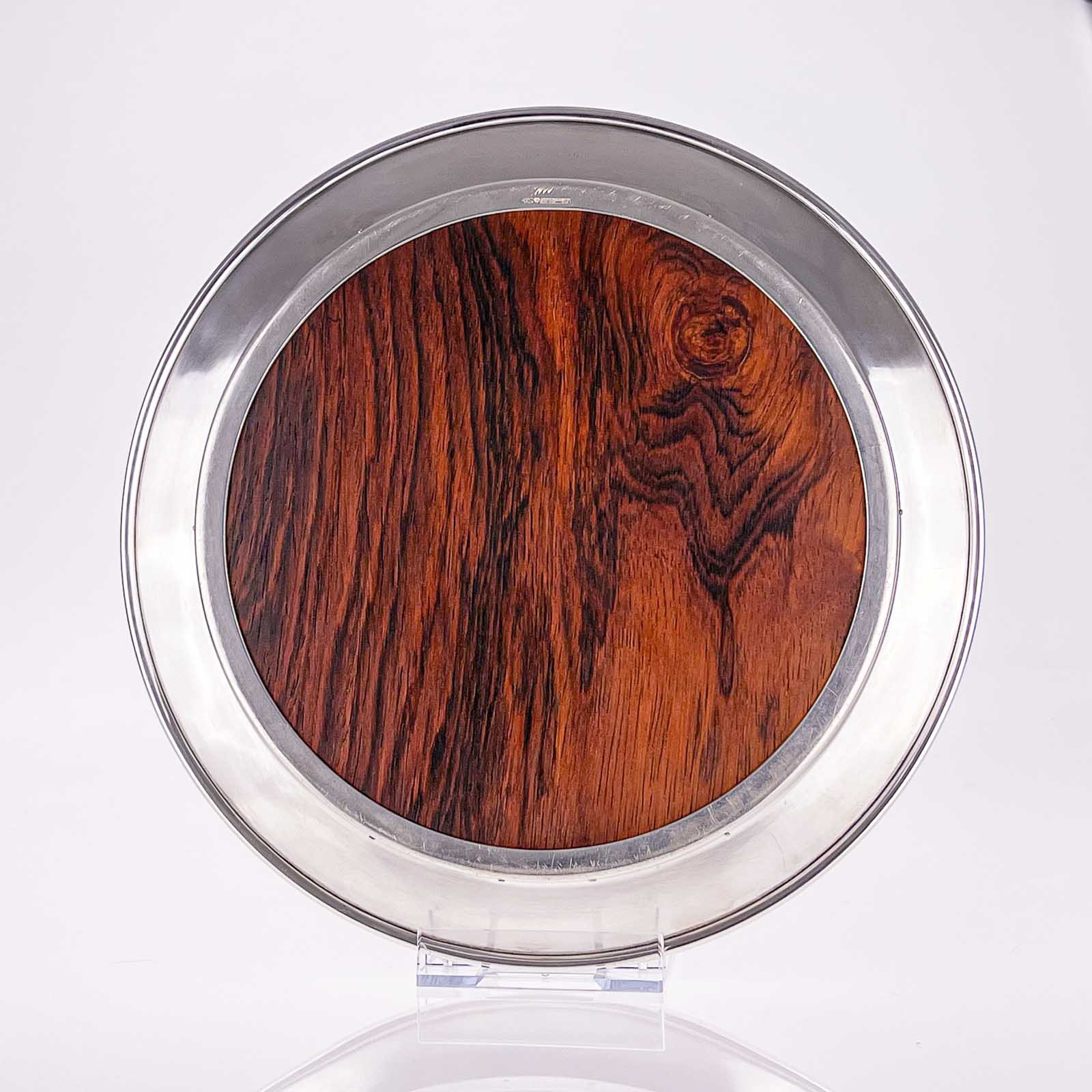 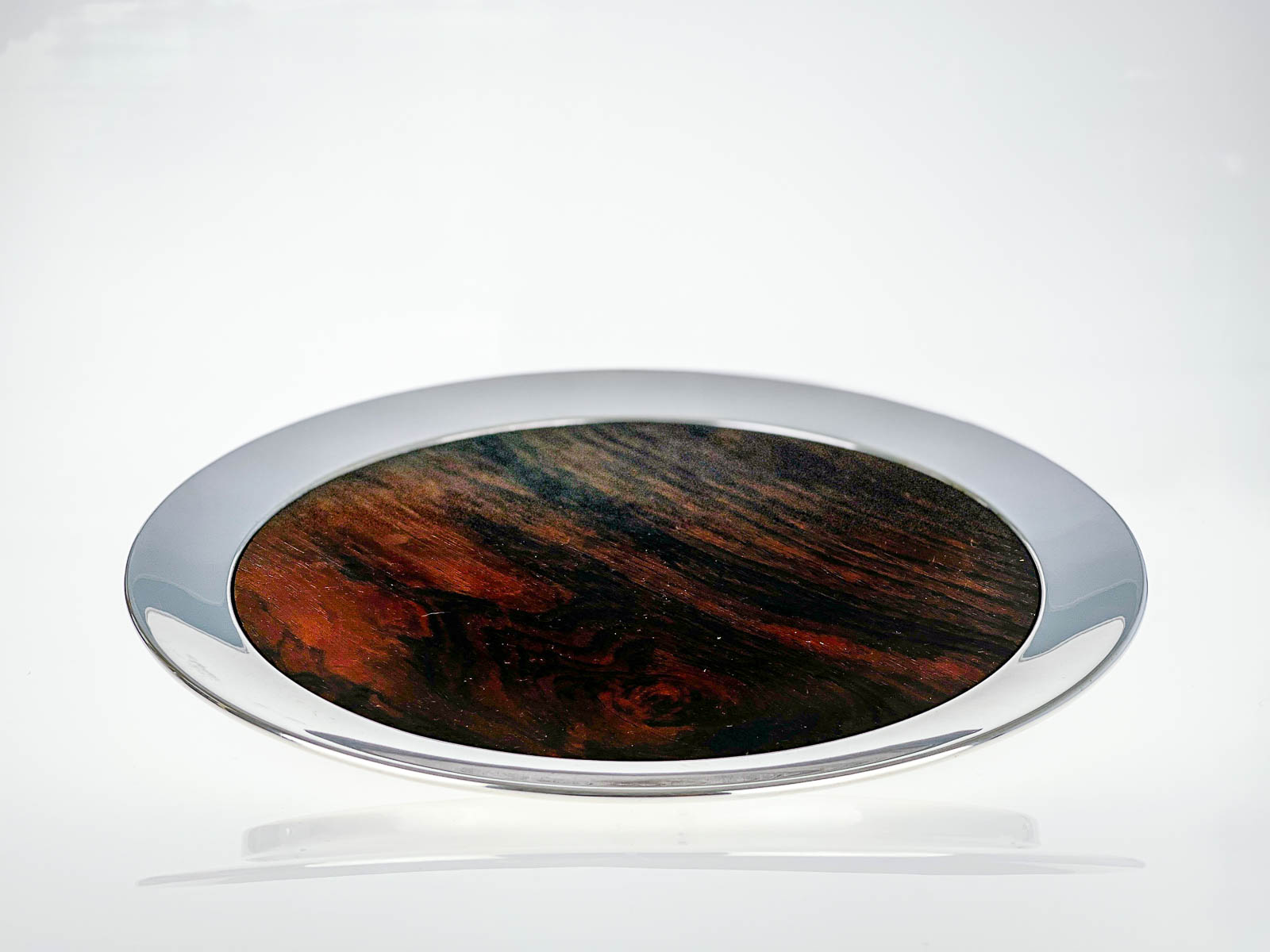 A Sterling silver and Jacaranda-wood tray, model TW 142, designed by Tapio Wirkkala in 1957. Executed by the craftsmen of Kultakeskus Oy in the town of Hämeenlinna in 1971.

This tray is in good vintage condition. The wood is without waterstains. There are some minor scratches and wear on the silver rim, consistent with age and use. 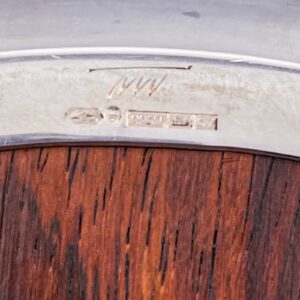