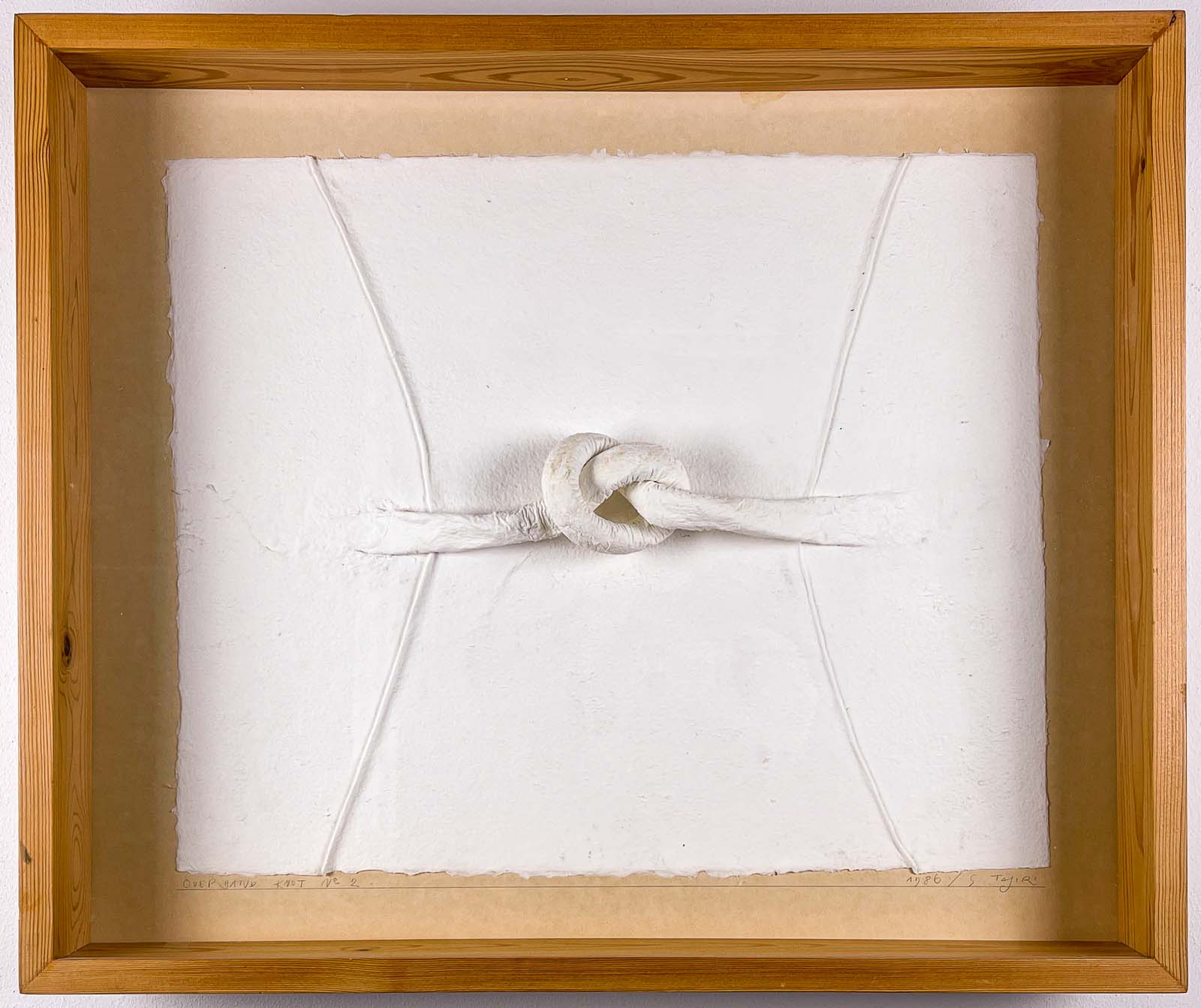 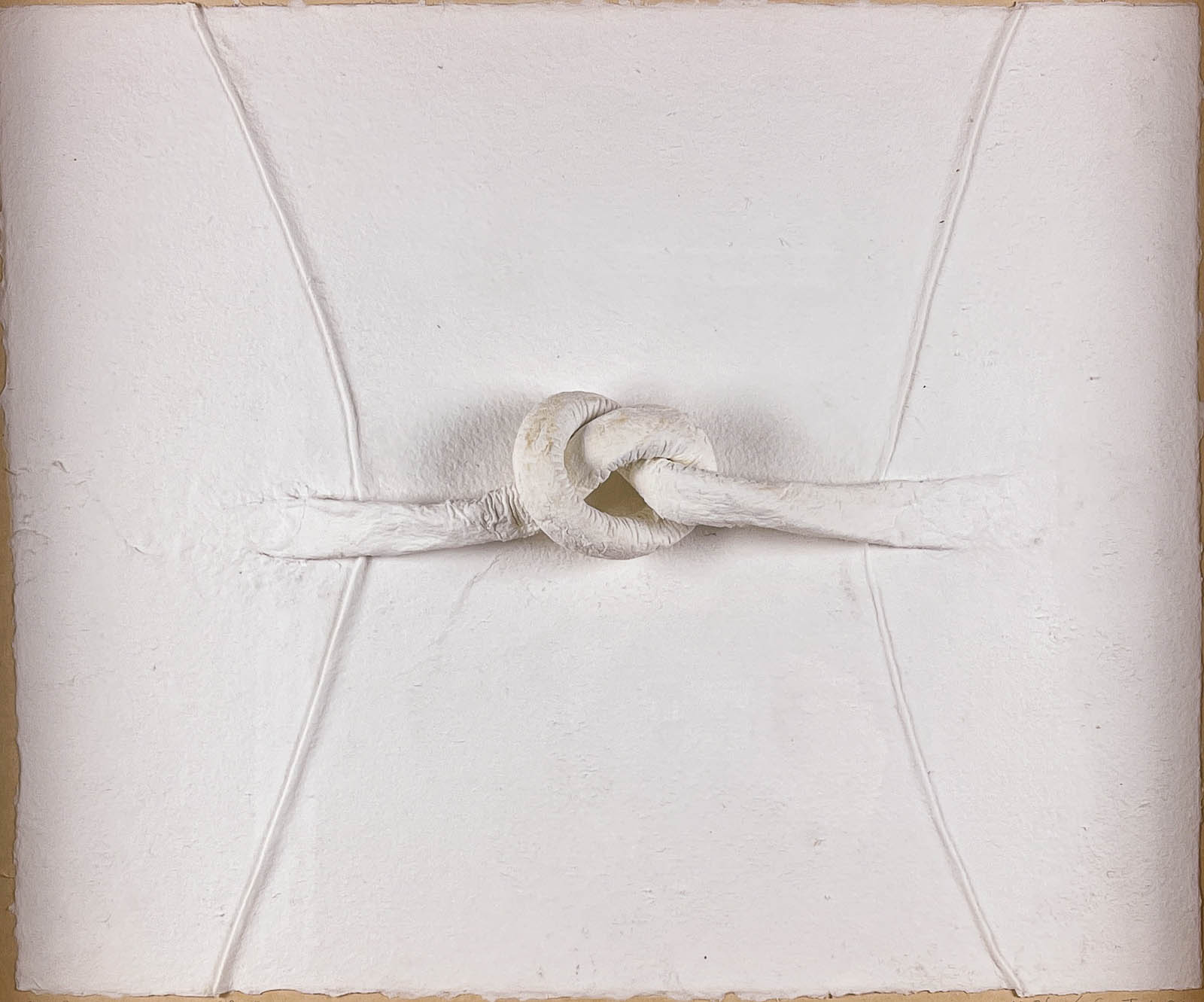 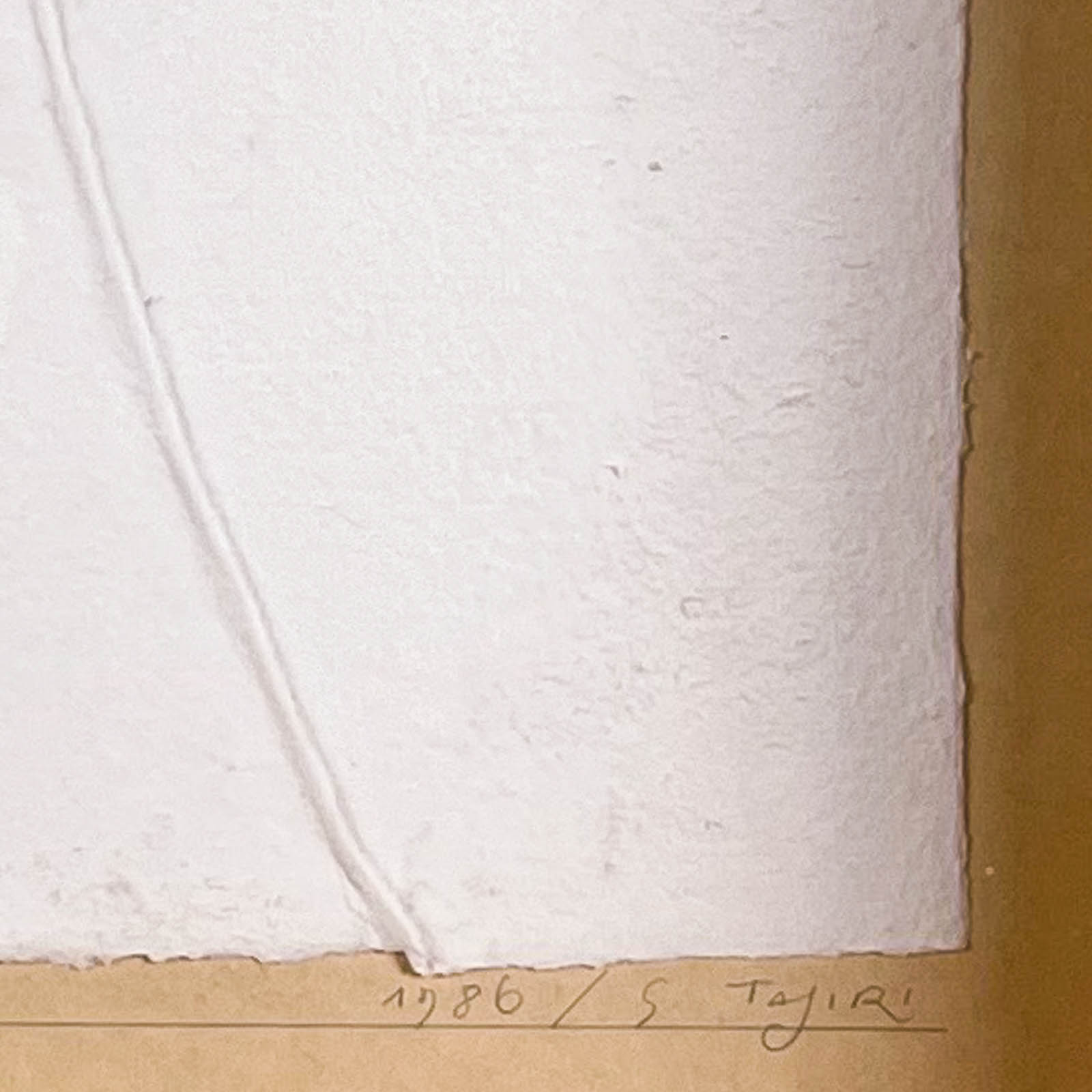 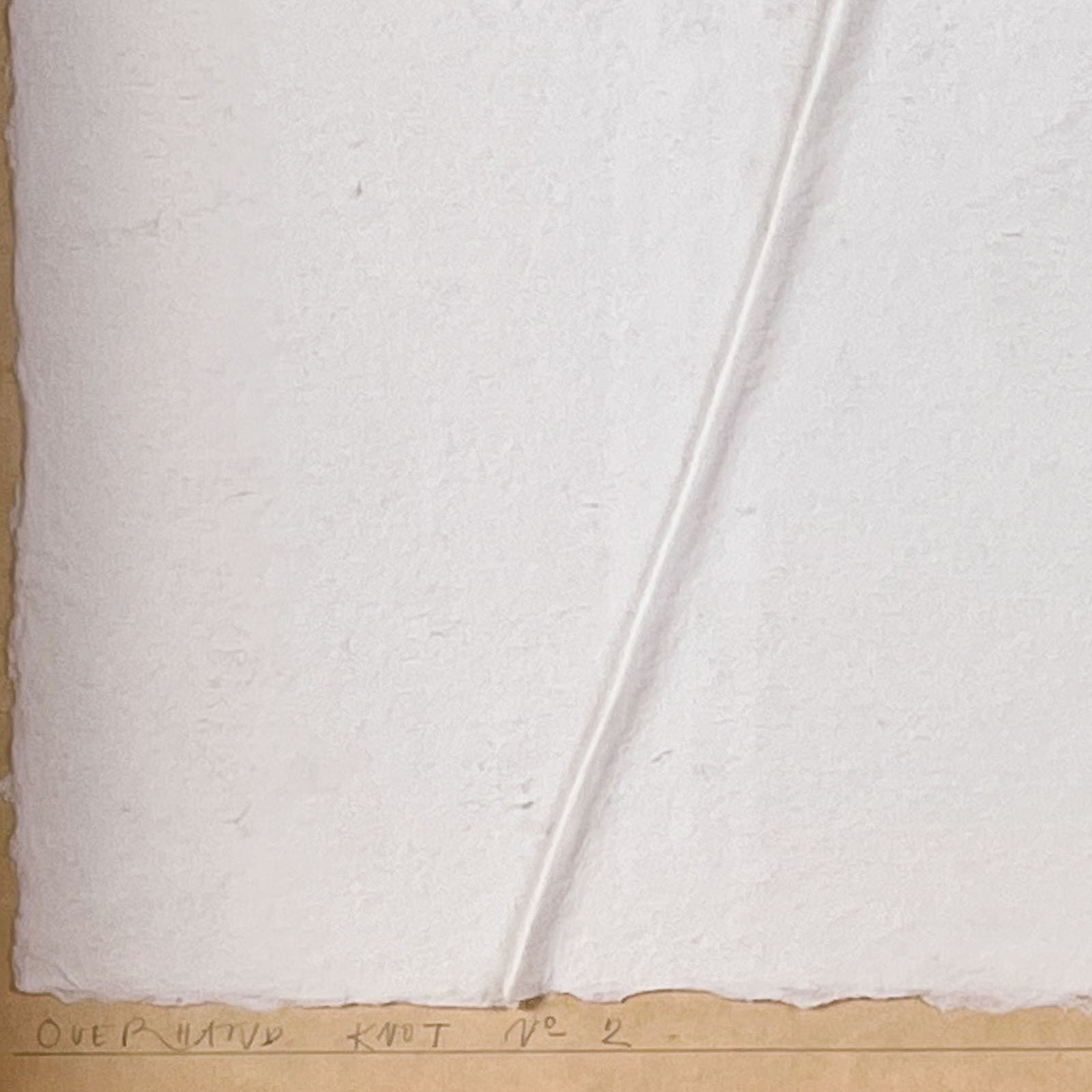 A unique sculpture in papier-mâché / cotton laid down on paper. In original frame. Titled, signed and dated by the artist in pencil. Labeled on the back with second signature by the artist.

He received his education at the Art Institute of Chicago leaving for Paris in 1948 where he studied with Ossip Zadkine, Fernand Lèger, Académie Colarossi and the Académie de la Grande Chaumière. In Paris he came into contact with several artists of the CoBrA movement and in 1949 het participated in two exhibitions of Experimental Art (CoBrA) in the Stedelijk Museum in Amsterdam in 1949 and Museé des Beaux Arts, Liège in 1951. In 1956 he moved to Amsterdam together with his wife Ferdi Jansen – also an sculptor - whom he met while studying with Zadkine.

Titled, signed and dated in pencil by the artist. Labeled on the back. 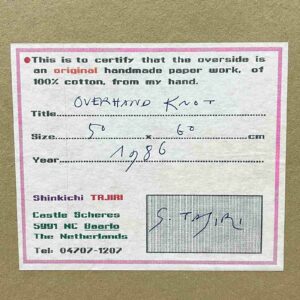