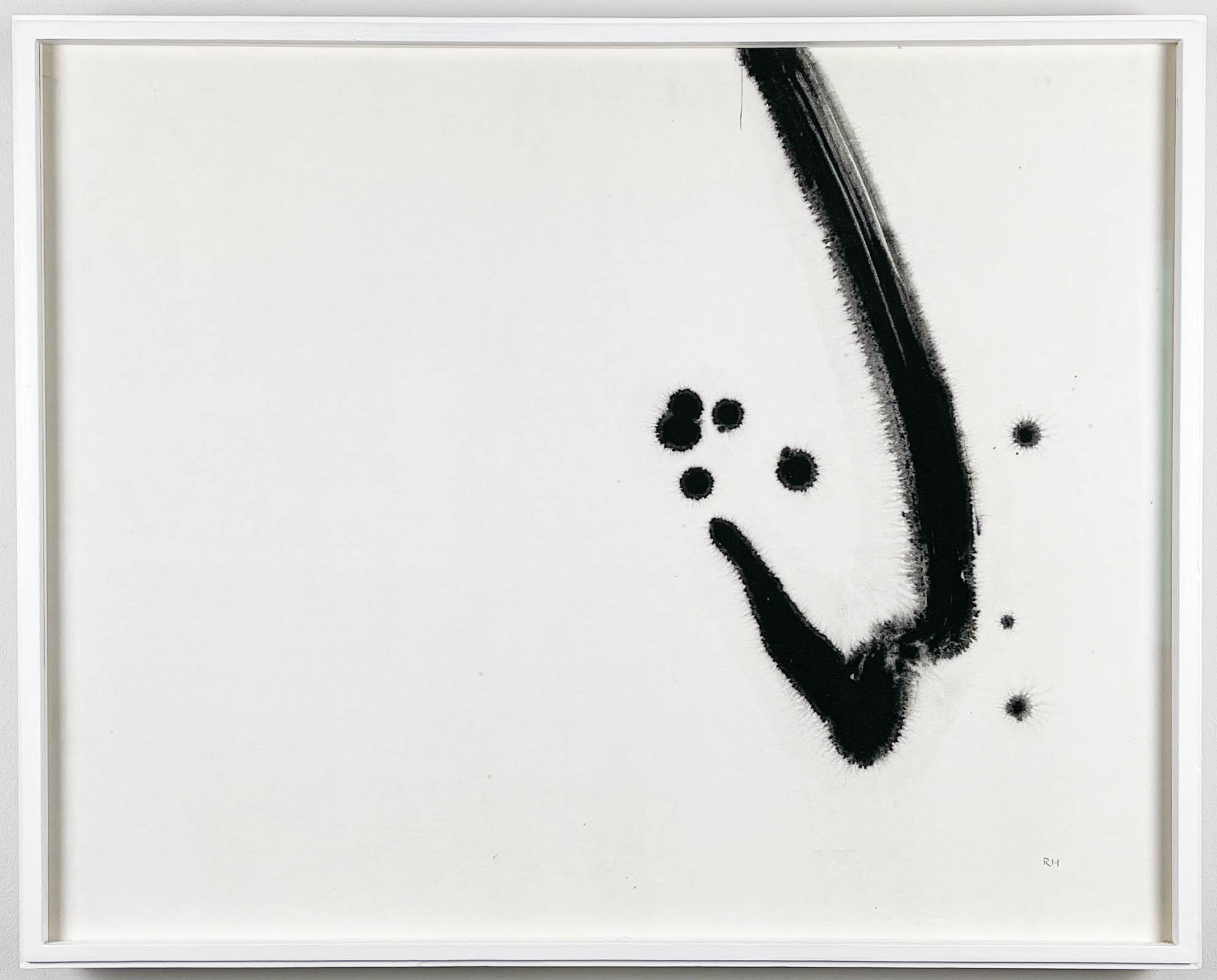 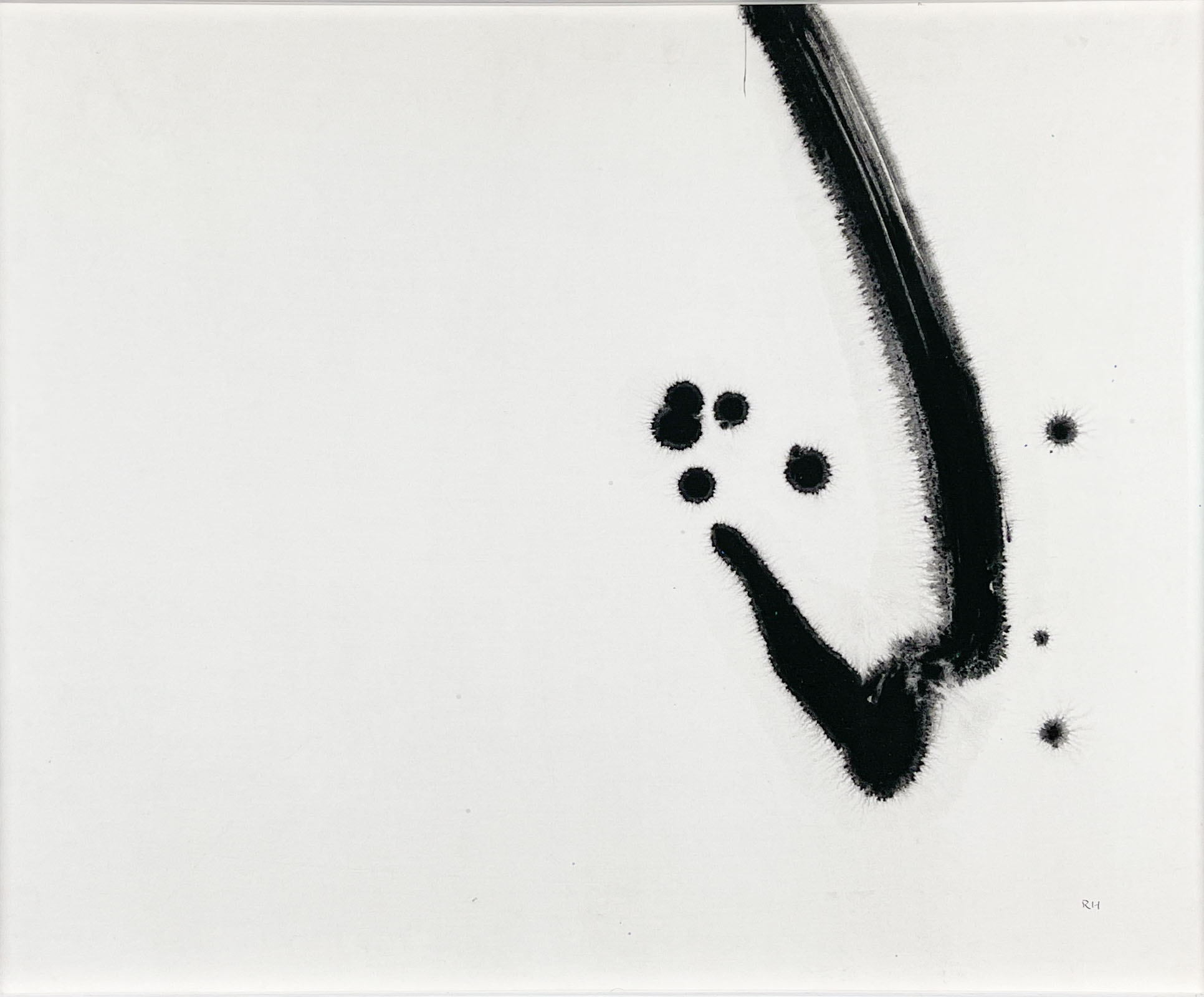 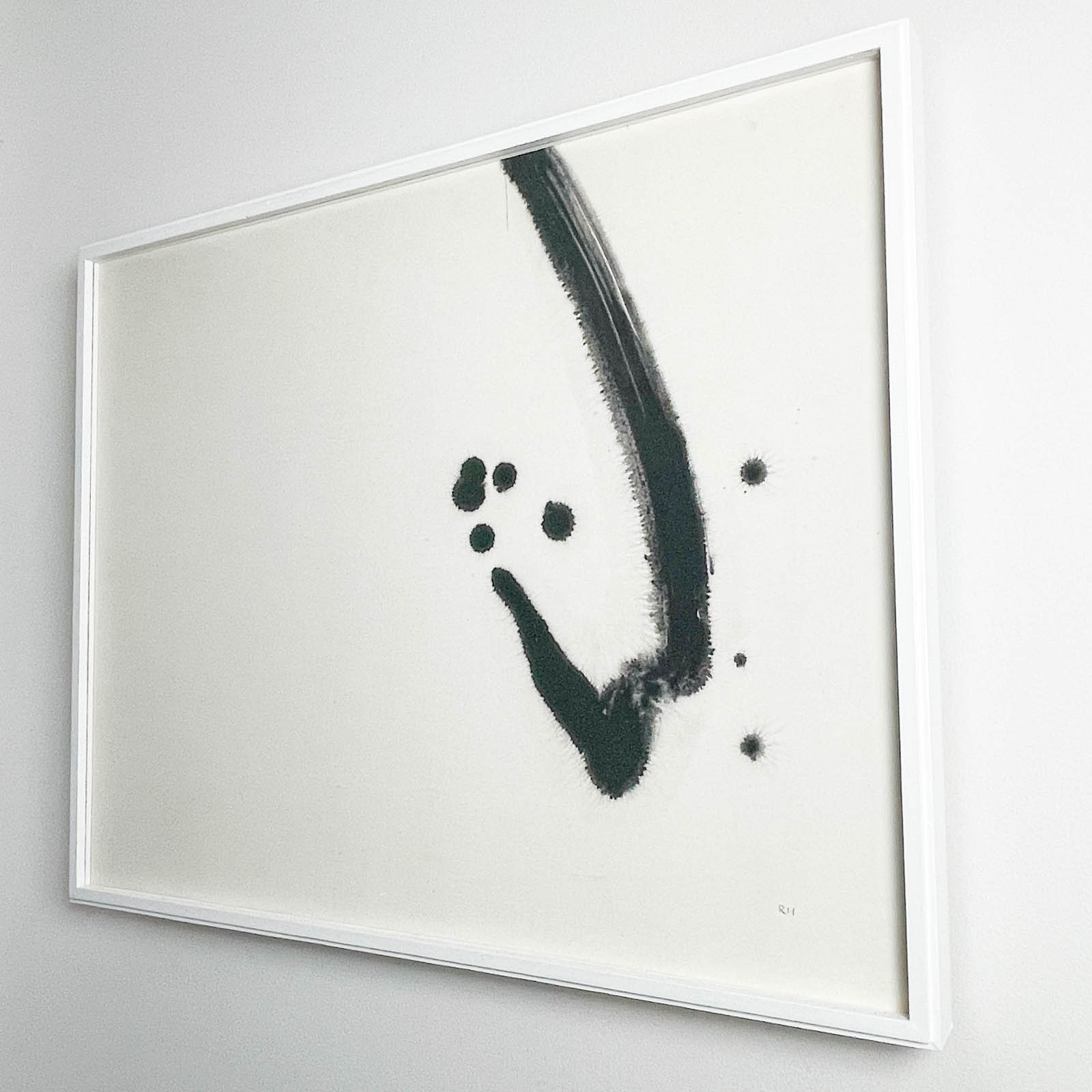 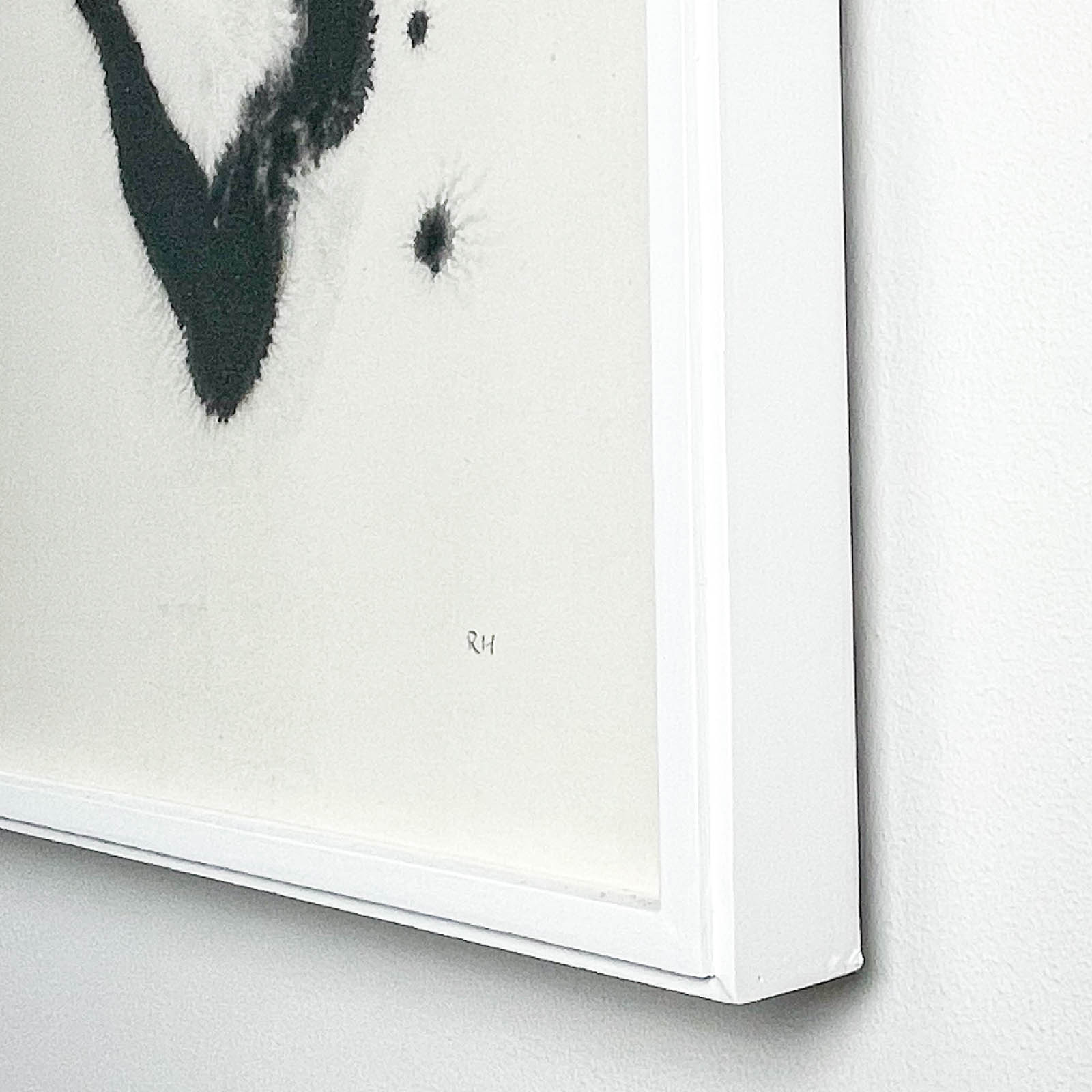 This original artwork was painted by Rune Hagberg in the mid 1960's. The artist used  ink painted on paper. The paper sheet was then laid down on board. The white painted pinewood frame is original from to the artwork. We changed the glass and added museumglass to give the work UV protection and reduce glaring.

Rune Hagberg (Uppsala, Sweden 1924 - Härnösand, Sweden 2015) was a self-taught Swedish painter, writer and sculptor regarded as one of the leading figures in what is known as spontaneity and informal painting.

Hagberg's meditative Informalism is positioned between Concretism and Expressionism of the 1950s. His work reflects a persistent and consistent exploration of silence and enclosure. In his practice, he approached these states through a range of techniques rooted in painting and drawing. Deeply influenced by Zen Buddhism and the calligraphic trends of his time, he initially worked with ink on paper in large-scale works during the 1950’s.

Eventually, Hagberg's practice came to focus on a gradual loosening of the picture surface, a kind of elimination of the sheet of paper, as if to approach the idea of nothingness. This exploration later found expression in sculptural objects. 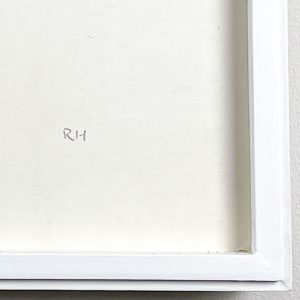 Good original condition, original frame. Glass has been replaced by museumglass to protect the work against UV-radiation and reduce glaring.