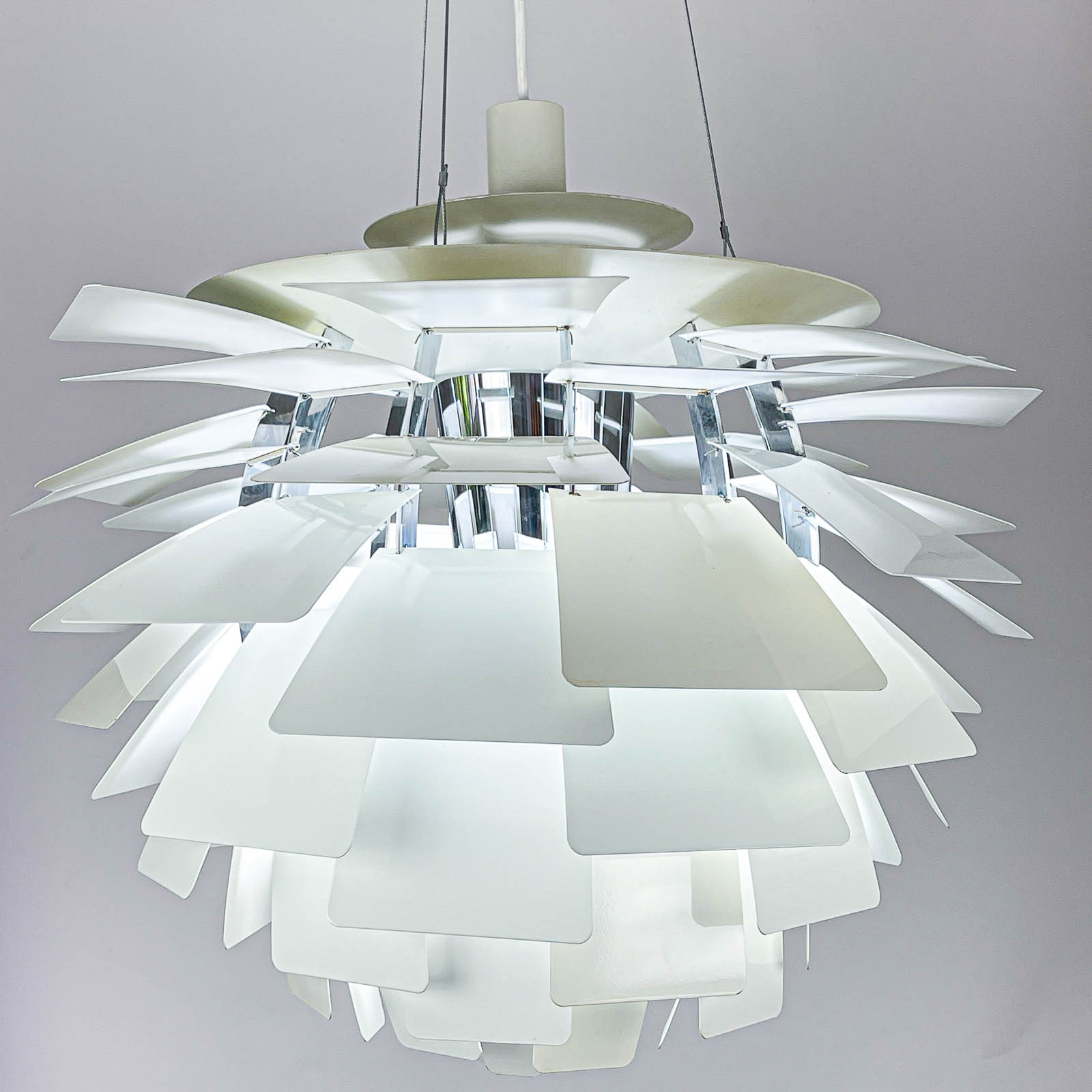 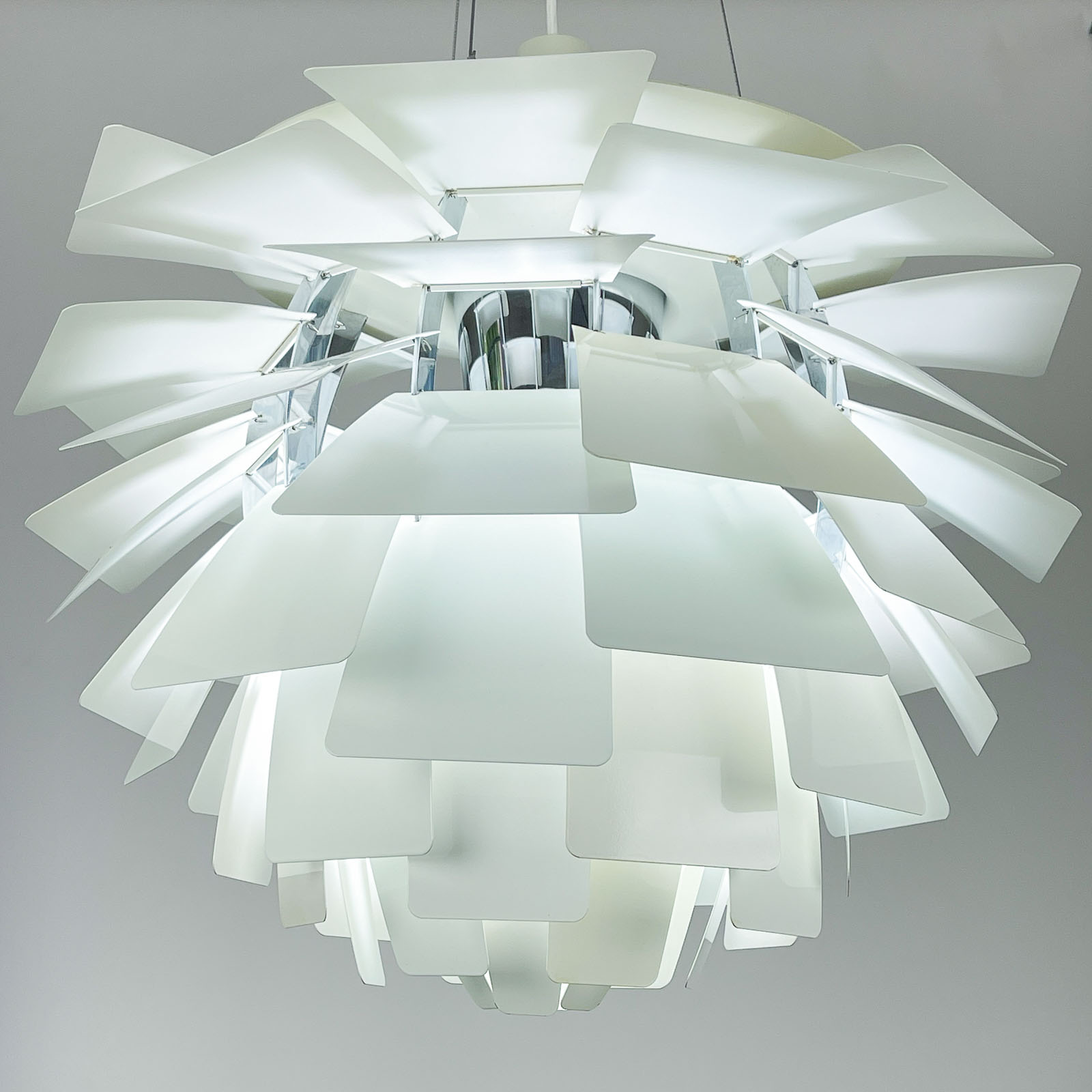 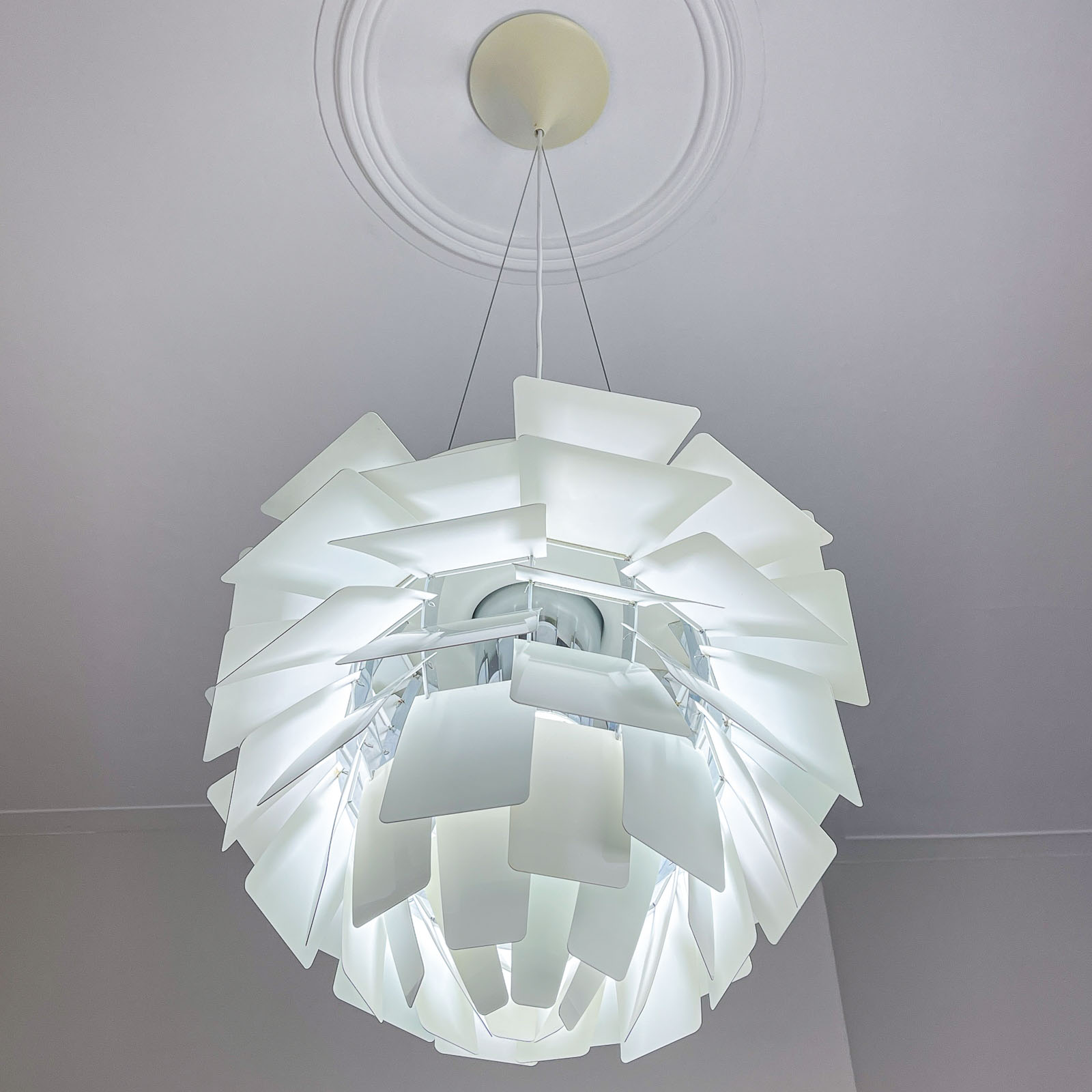 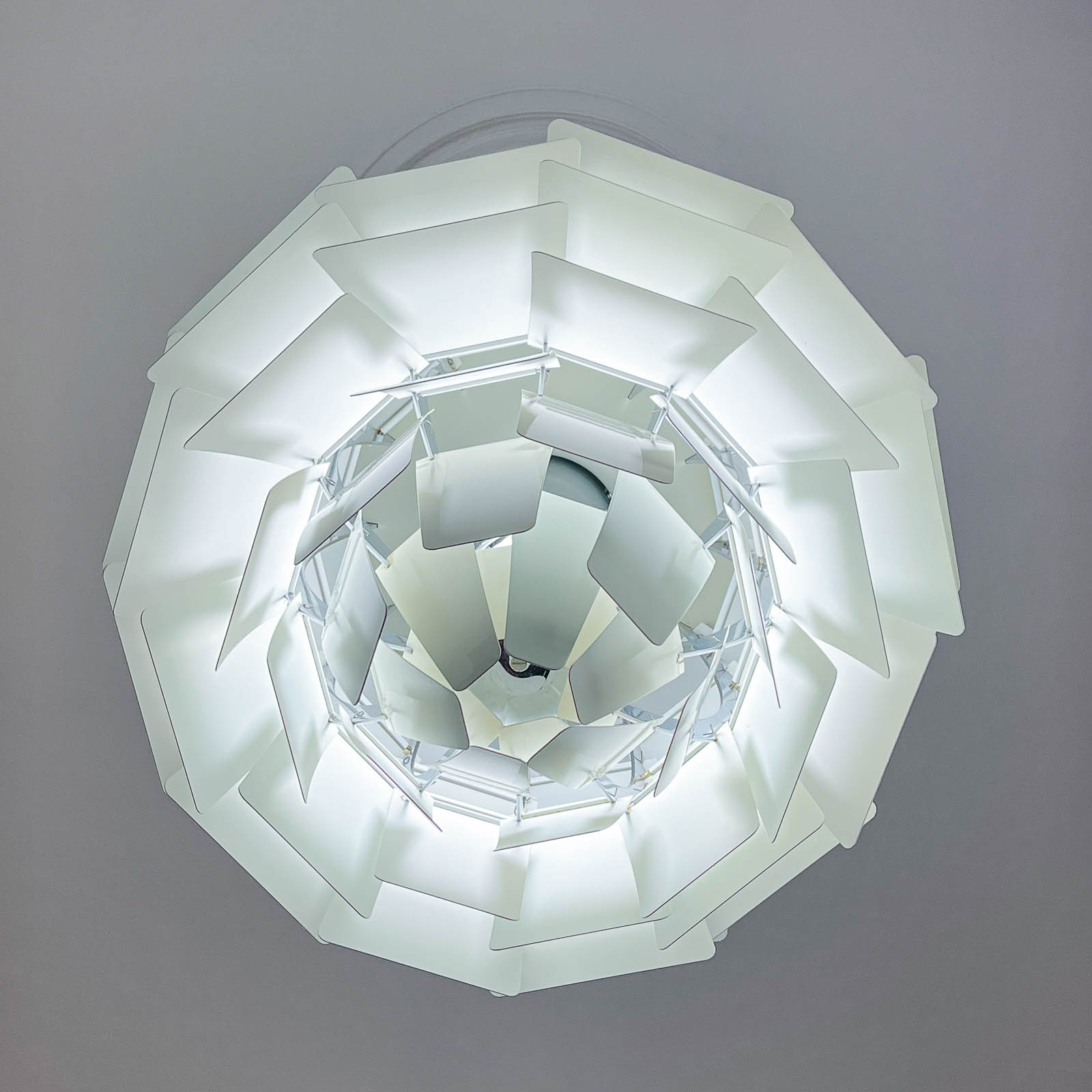 A lacquered and chromed steel pendant, model PH Artichoke. Designed in 1958 by Poul Henningsen for the "Langelinie" pavillion in Copenhagen and executed by Louis Poulsen.

The “PH Artichoke” is constructed of 72 steel shades mounted on 12 chromed steel supports. Each shade has a glossy broken-white lacquered outside and a matt lackered broken-white inside.

Like all lights designed by Poul Henningsen The Artichoke's shades are positioned so that you cannot be blinded by the lamp.

PH Artichokes are made in 4 different sizes and four different finishes. This particular pendant is a white 60 cm diameter example with a E40 socket and was made circa 25 years ago.

Poul Henningsen (1894 Ordrup, Denmark – 1967 Hillerød, Denmark) was a famous Danish architect, designer, author and critic. Poul Henningsen is considered one of the leading figures of the Danish cultural live between the two world wars and is most commonly associated with his design of the PH-lamp series of incandescent lights. PH Artichoke

The first lamps in the "PH" range were shown at the International Exhibition of Modern Decorative and Industrial Arts at Paris in 1925. For these designs Henningsen was awarded the gold medal. The 1925 PH-lamps which - like his later designs - used carefully analysed reflecting of the light rays from the bulb to achieve glare-free and uniform illumination. His light fixtures were manufactured by Danish lighting manufacturer Louis Poulsen, a company with which Henningsen would build a lifelong working relationship.

Original labels on the inside of the socketholder.

This “PH Kontrast” is in good vintage condition. Some light scratches and wear consistent of age and use. Some light corodation and minor chipped paint on some of the shades. Light discoloration, some stains. The plastic ceiling-cover has yellowed.

Recently restored by straightening the shades and respraying some of the individual shades.  We left the rest of the pendant in original condition to avoid over restoring it.