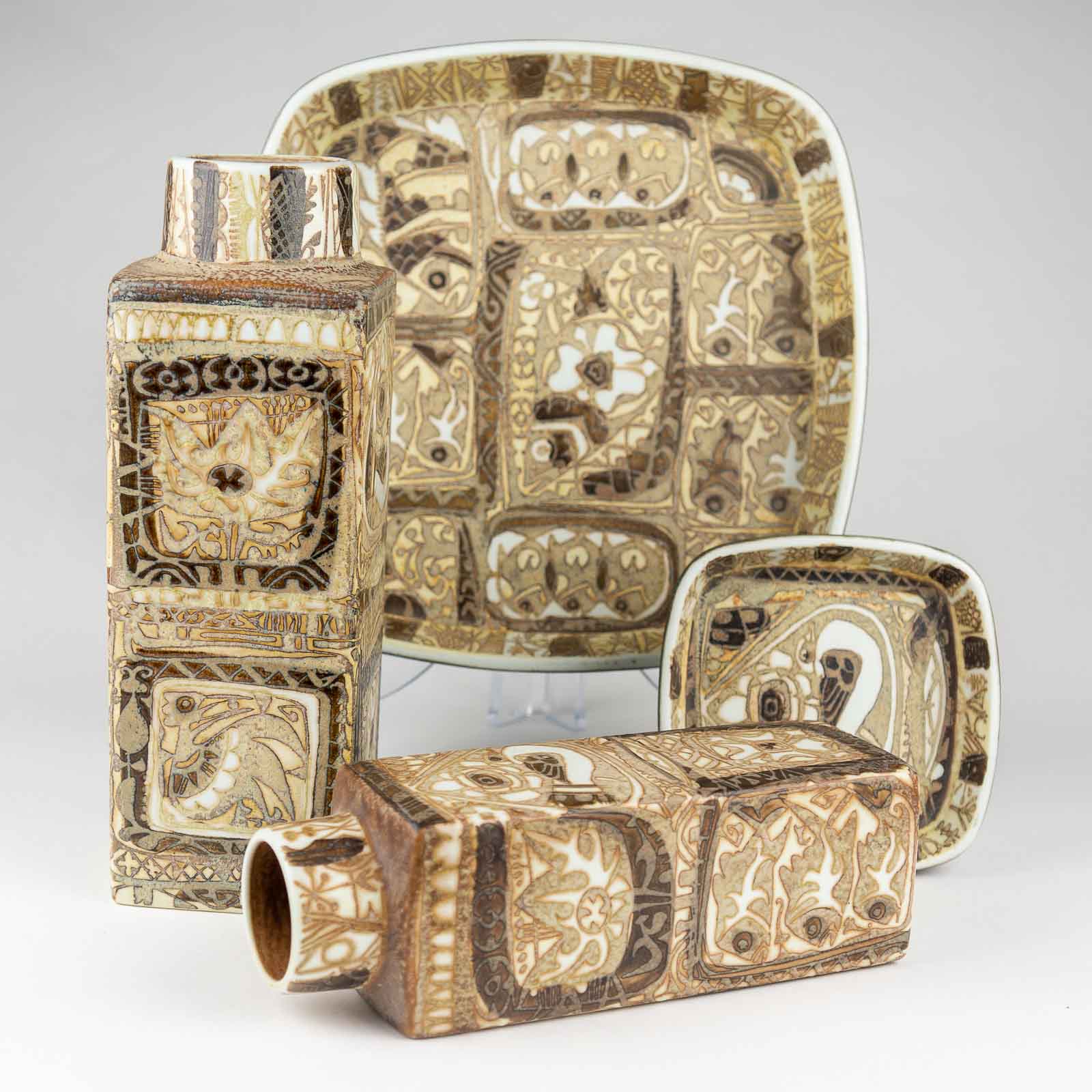 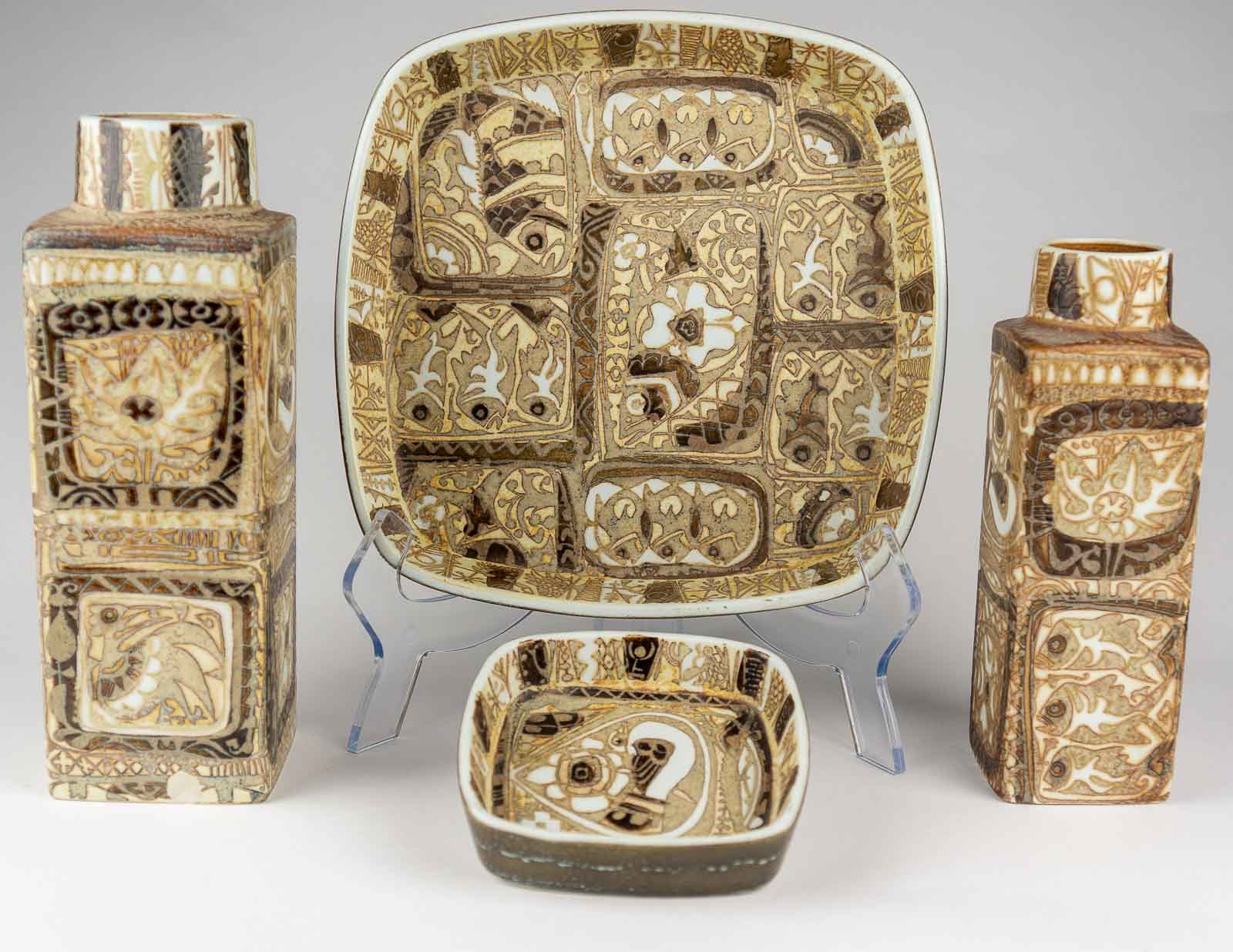 There were 10 décor designers who each had their own monogram stamped underneath each piece. In the Baca series these monograms were placed within a circle hence the name Baca (Baca translates into round fruit / berry from Latin).

Most of the form were designed by Nils Thorsson and a special glazing technique was developed by him so every piece turned out slightly different, giving a handmade appearance.

Décor (no 719) designed by Nils Thorsson, depicting abstracted flowers and animals in different shades of brown and sand. 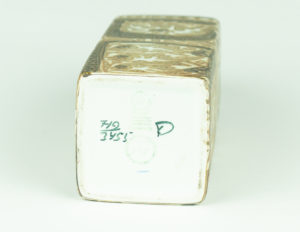 The medium vase is stamp-marked Royal Copenhagen Denmark, Fajance, NT Monogram in ring, Décor no 719 and model no 3455 and décor painter mark “D”. Produced between 1980-1984.

The small dish is stamp-marked Royal Copenhagen Denmark, Fajance, NT Monogram in ring, Décor no 719 and model no 2882 and décorpainter mark “U”. Produced in 1963.