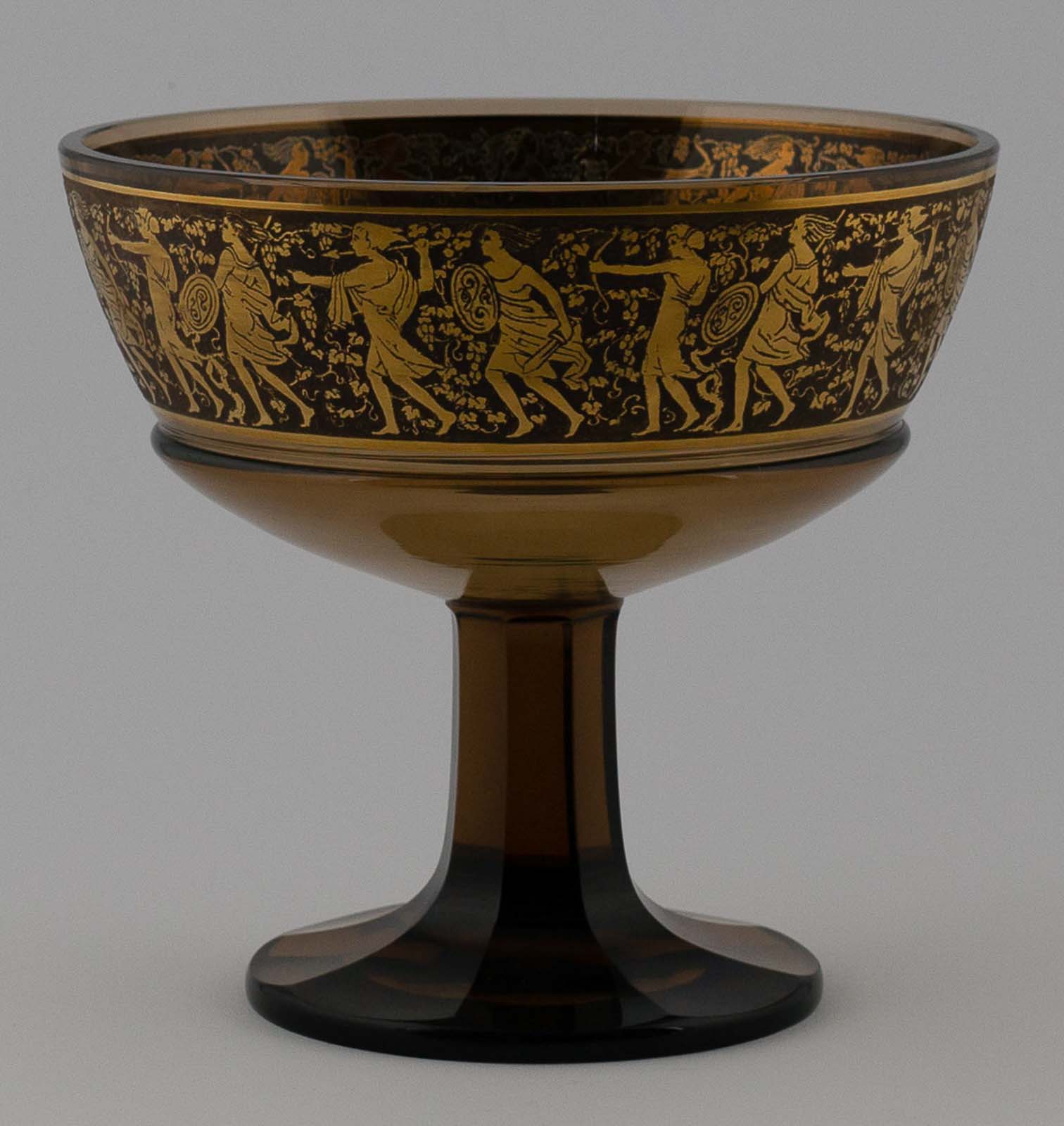 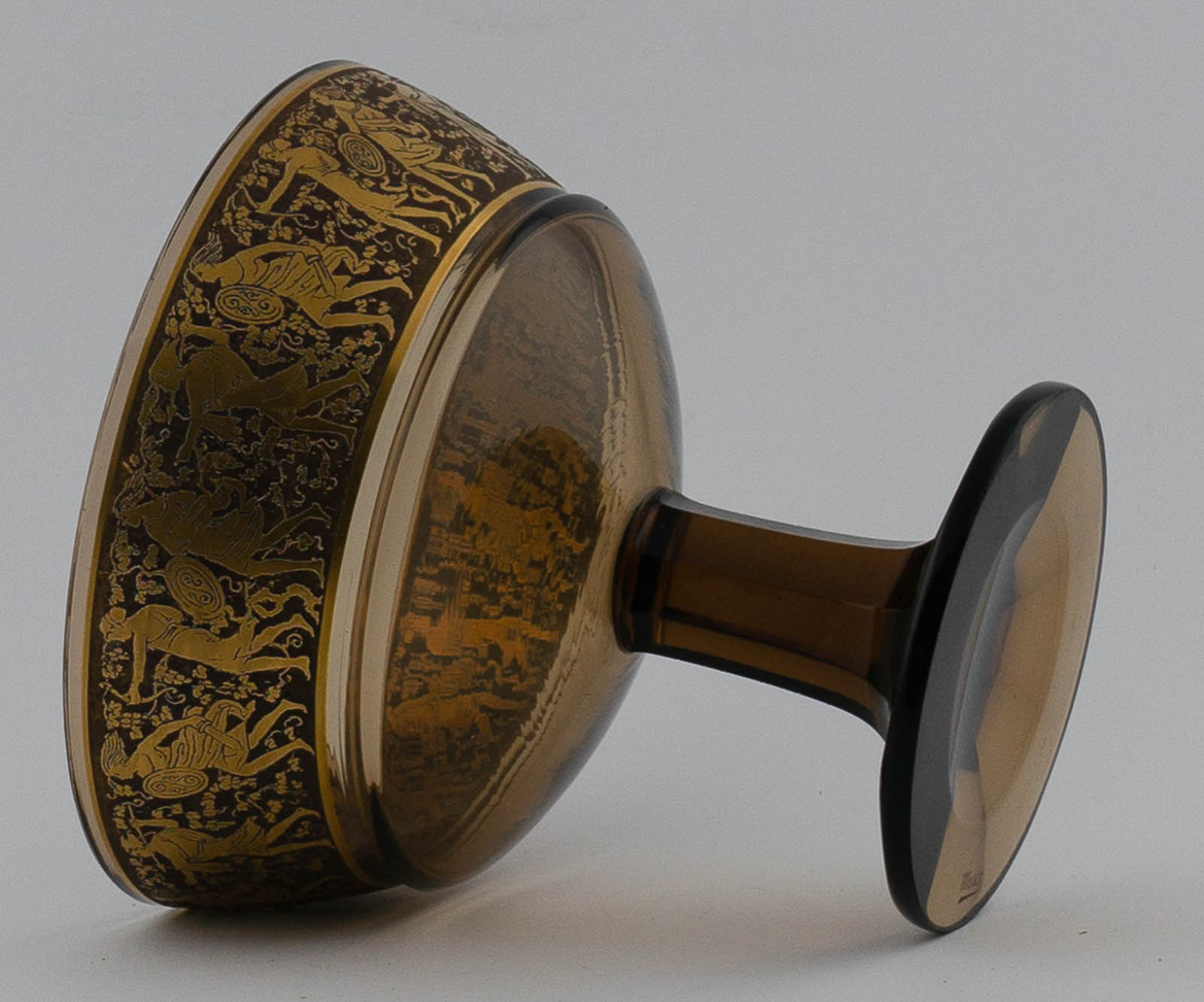 Karlsbader Kristallfabrik a.G. Ludwig Moser & Söhne (Manufacturer). This piece was most likely designed by Moser’s Artistic director Leo Moser who during the early 1920’s shifted the production toward neo-classical designs, clearly influenced by the design of the artist of the Wiener Secession. The series of which this bowl is an example called “Fipop” was highly successful for the Bohemian company and was first created ca. 1916 and several designs were added in the 1920’s.

Good condition. Some small scratches inside bowl and on frieze. Wear consistent of use and age.

The bowl is acid-stamped Moser. This particular style of mark was used after 1920 and until 1950.