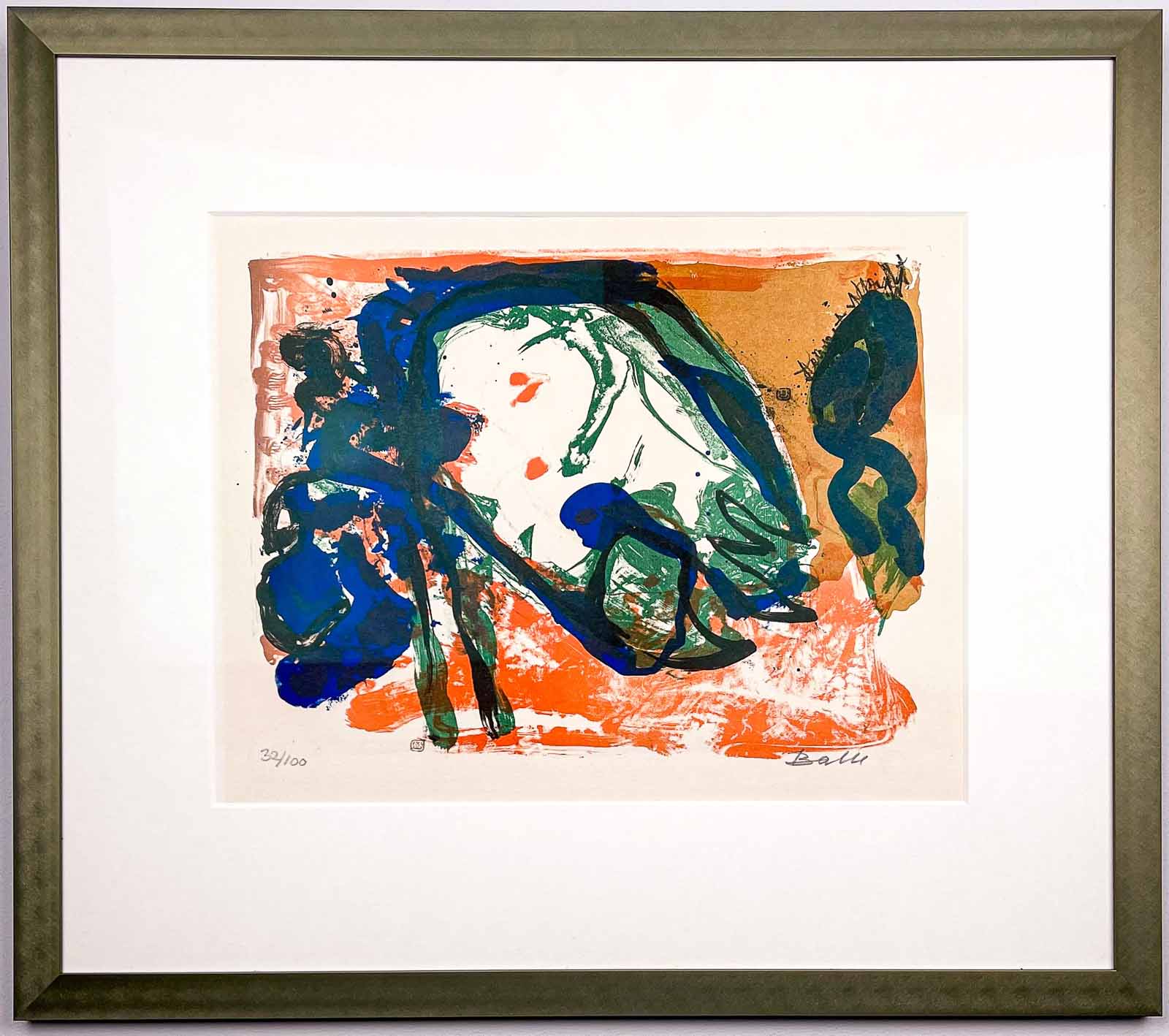 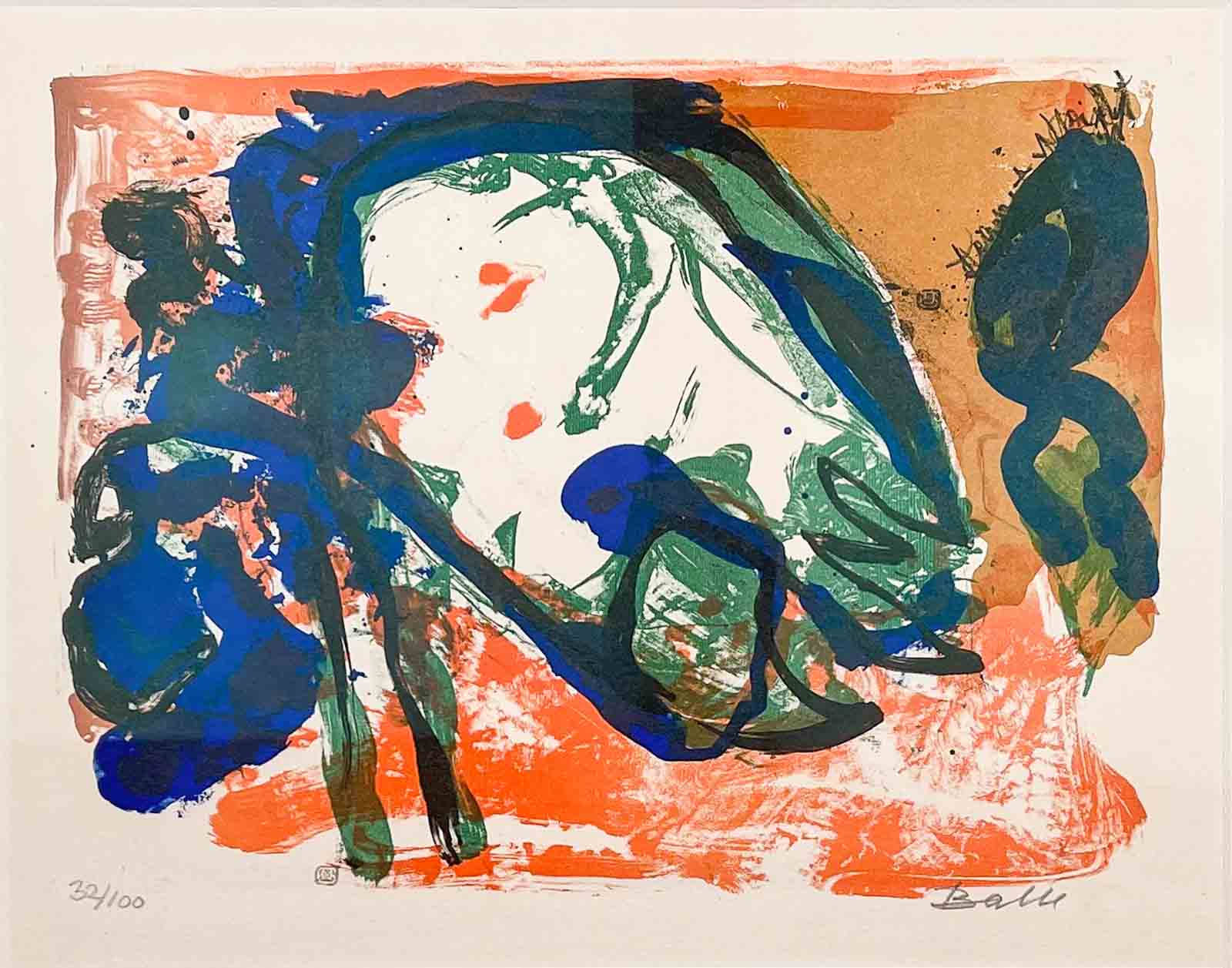 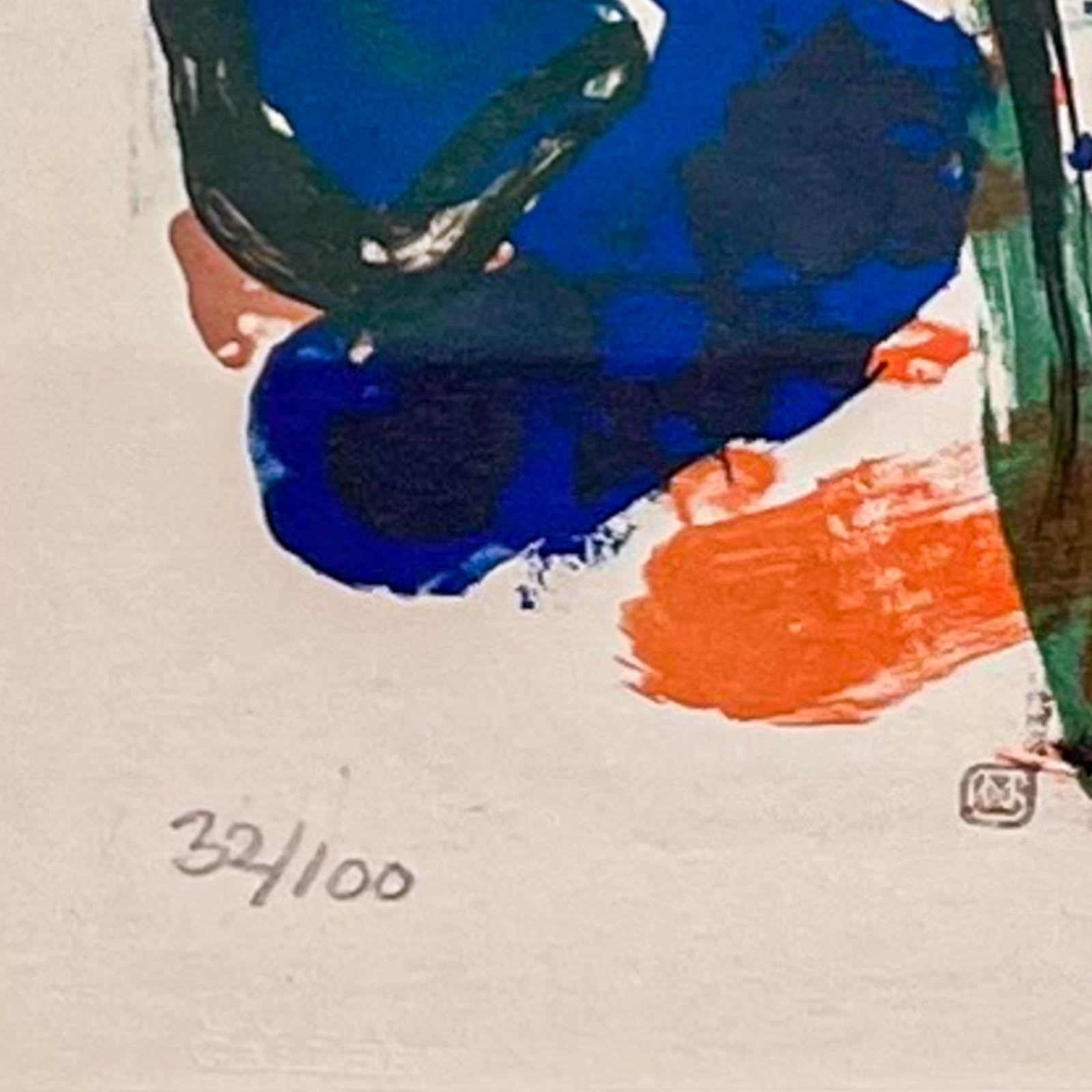 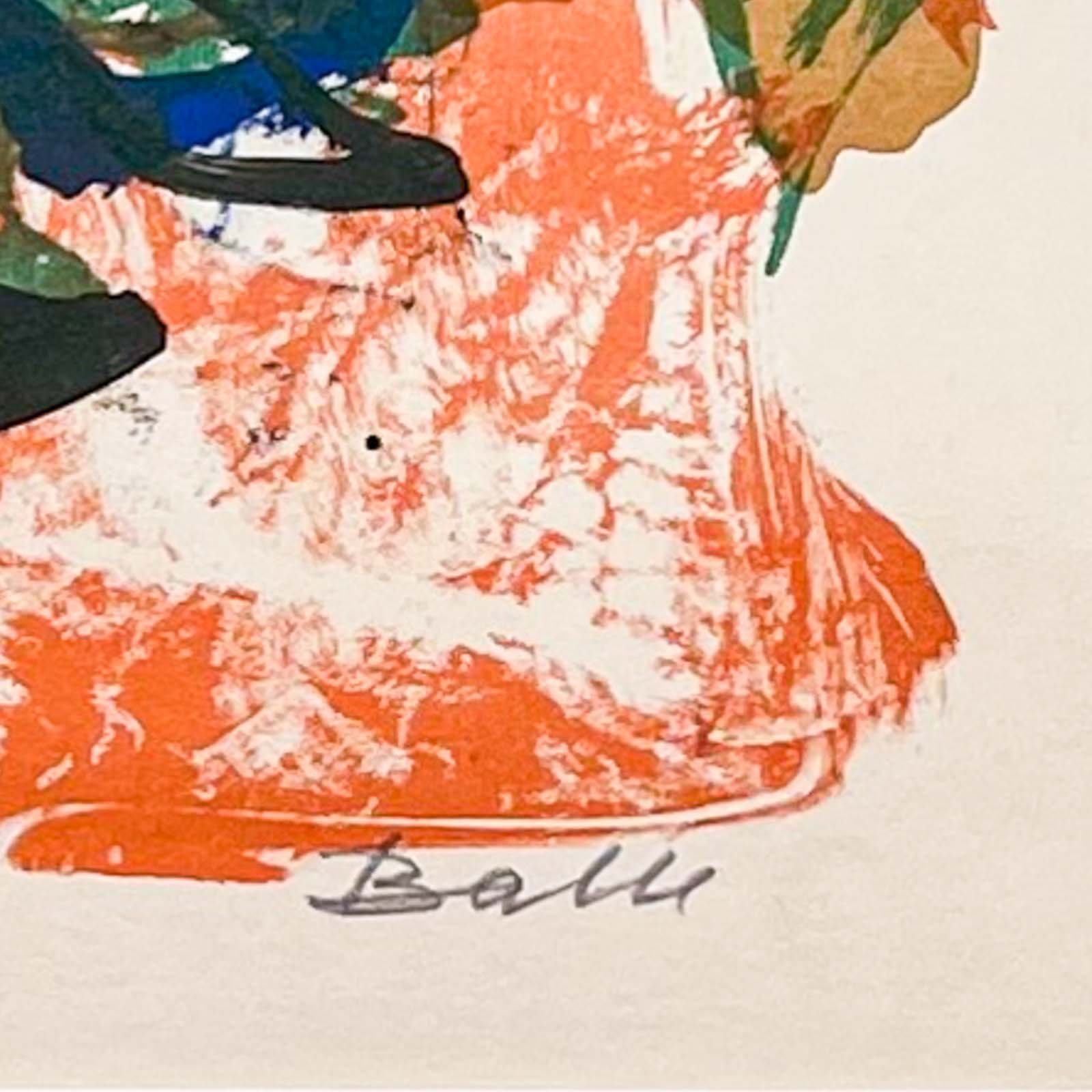 Artist
Mogens Balle (Copenhagen 1921 - Kalundborg 1988) was a Danish painter, sculpture and writer. Born and raised in Copenhagen Mogens Balle started his education to become a architect but decided to focus on the visual arts instead.

In 1946 he traveled to Paris where he met fellow Danish artists Asger Jorn and Wilhelm Freddie. His connection with the group Spiralen and his acquaintance with Asger Jorn had a decisive influence on his development.

Jorn introduced Balle to the international artist-movement CoBra. During the later years of the 1940's Balle's style evoled from naturalistic to his personal style characterized by abstract, colouristic tendencies, combined with figure associations.

Part of the "Store Kongensgade-suite" of 12 Lithographs, published by Court Gallery, Copenhagen in 1967. Edition of 100 + XXV (125 total). This Lithograph is professionally framed in in a brushed bronze-coloured aluminium frame, museum-glass.