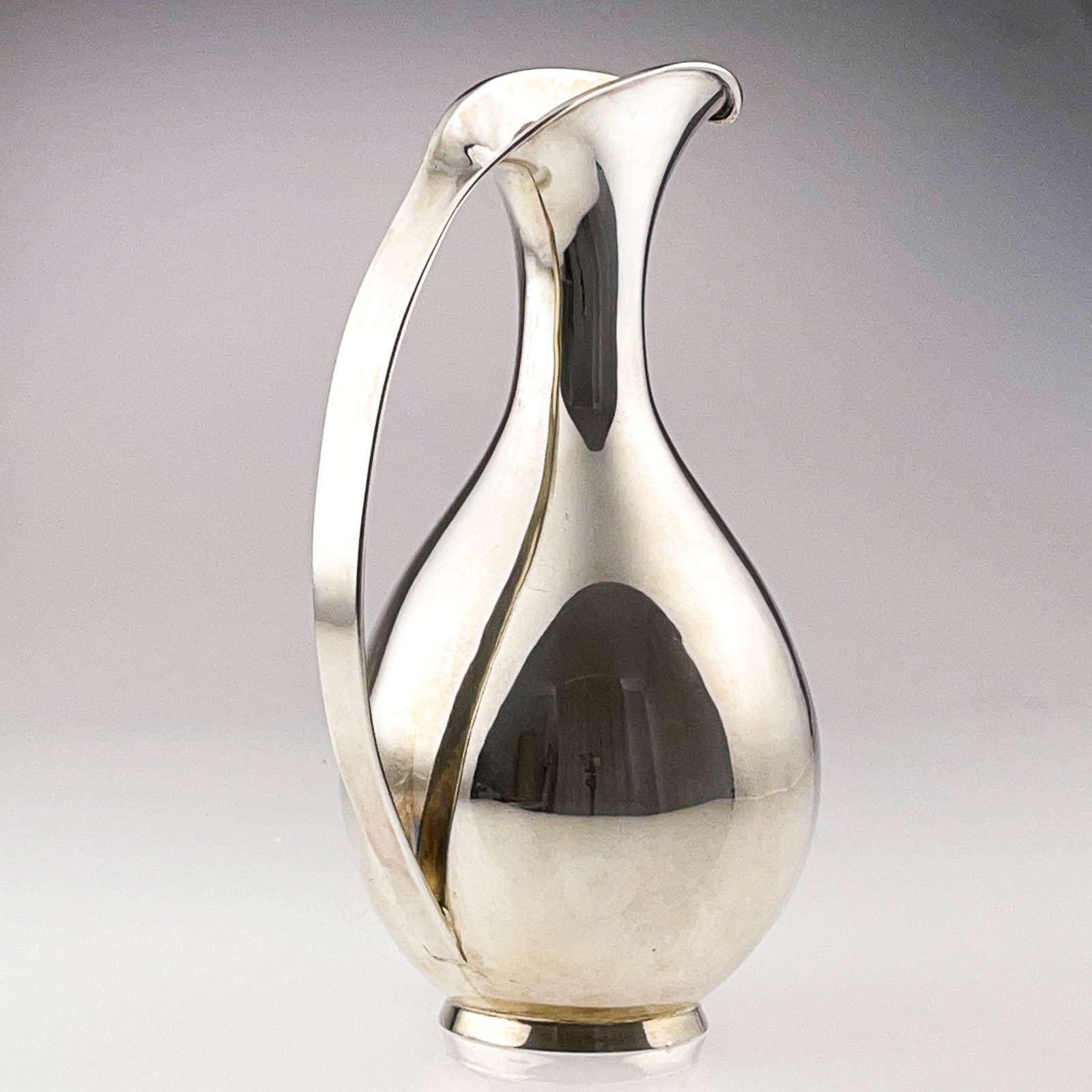 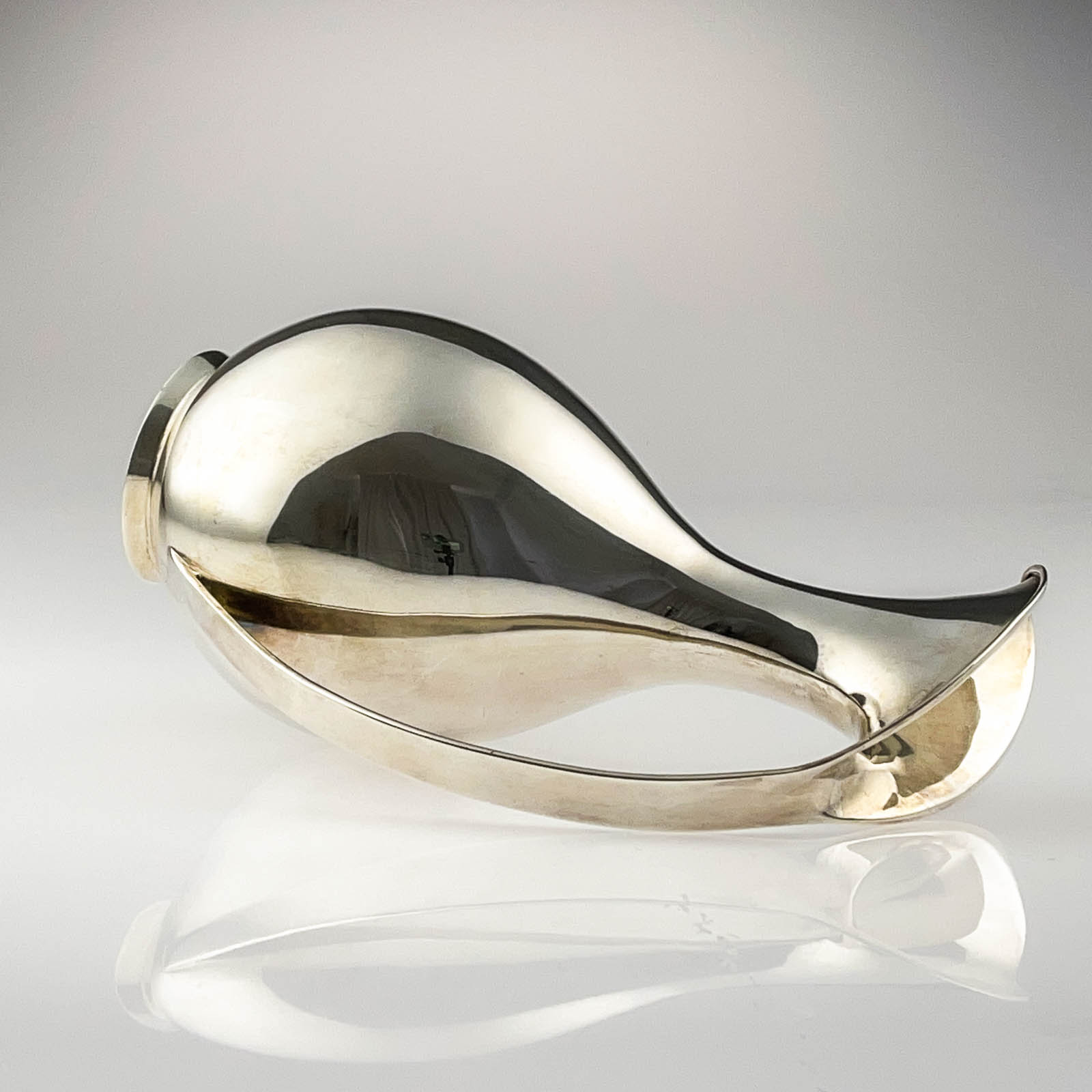 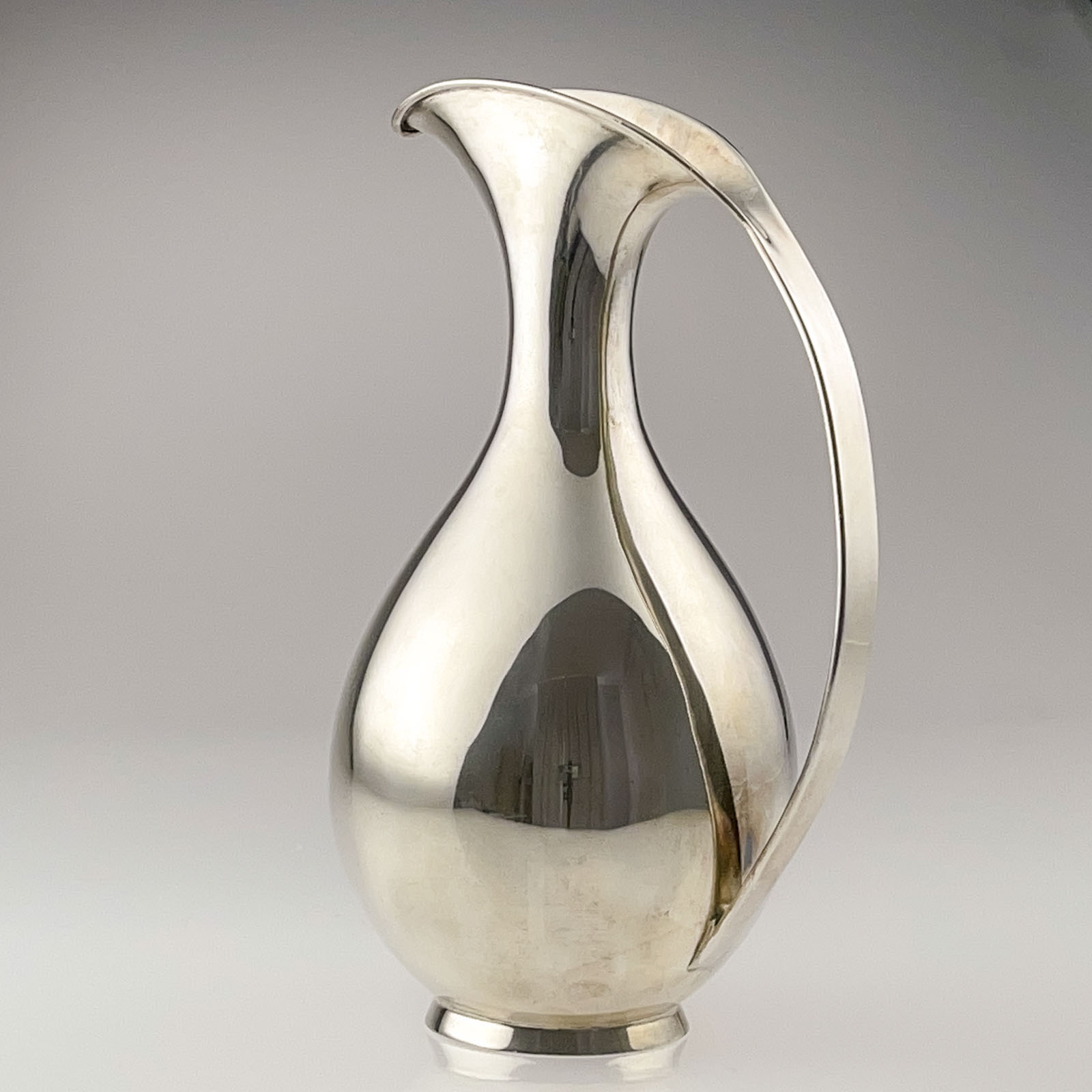 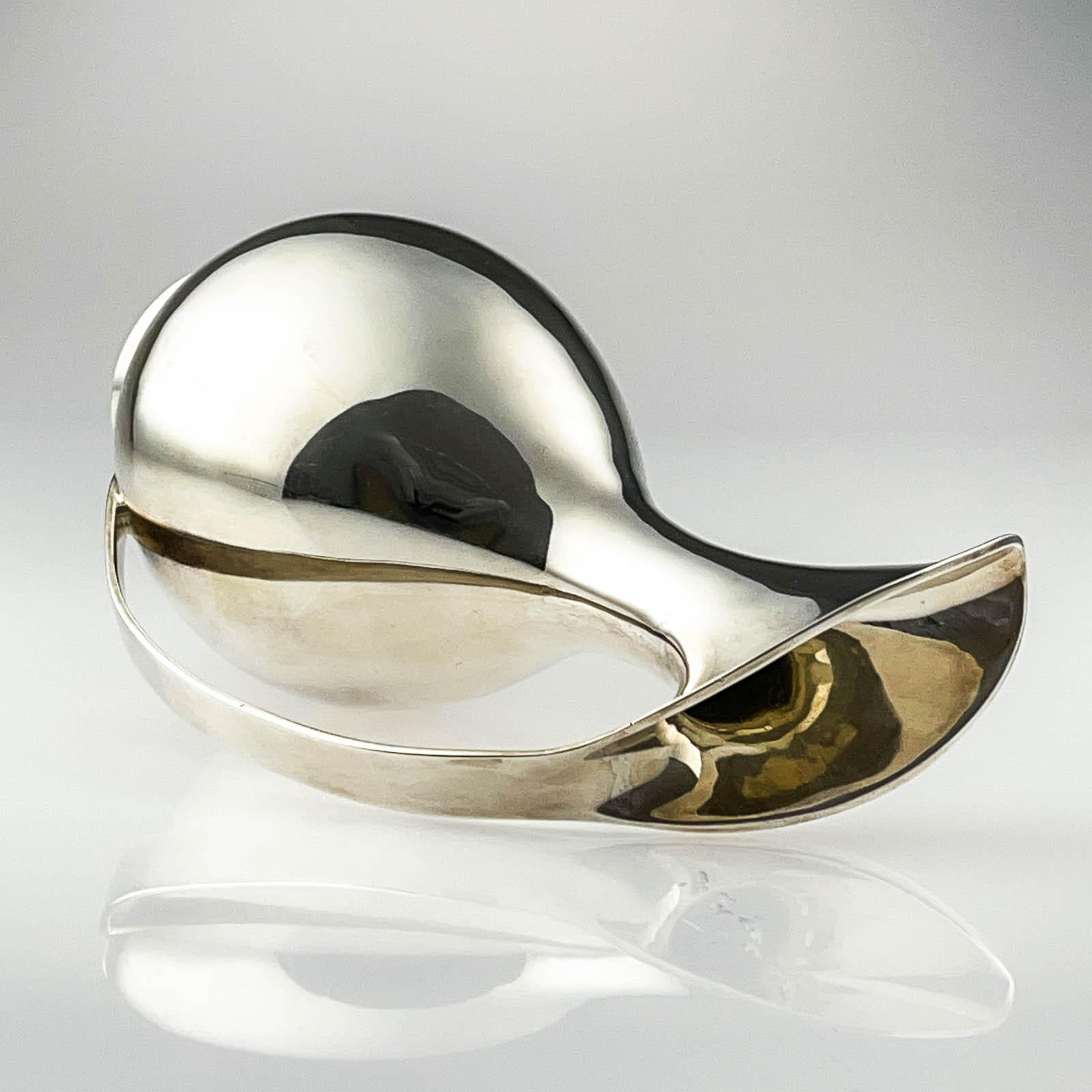 Designed by the famous Danish architect and designer Kay Fisker in 1927. The sterling silver Wine Pitcher was made - despite appearences - entirely by hand by the silversmiths of Anton Michelsen, Copenhagen. It is fully hallmarked underneath the base.

This icon of Scandinavian design was drawn in 1927 by Kay Fisker and is his best known silver design among many others. The Wine Pitcher is considered one of the earliest example of Modernist Danish Silver - designed well before Georg Jensen became famous for it - and therefore is a keywork in Danish silver.

Based on the near perfection of the shape of the pitcher, one would suggest these pitchers were machine made. But they were entirely made by hand using traditional methods certainly an incredible feat!

This particular Wine Pitcher bears no mark for production year - which is very common for Danish silver - but makes dating it difficult. The letter fond used strongly suggests it can be dated to the 1950’s. A nearly identical piece in the collection of the Philadelphia Museum of Art, bearing identical marks and letter fond. The Philadelphia pieces has a year letter hallmark and was made in 1957, which supports the dating of our piece.

Kay Fisker Wine Pitchers were made by Anton Michelsen in two sizes: 1,0 liter and 1,5 liter. In this case the smaller size is more desirable as it is the original design, the larger size was later added by A. Michelsen.

Kay Fisker (1893 Frederiksburg, Denmark – 1965 Copenhagen, Denmark) was a famous Danish architect, designer and educator. He is mostly known for his many housing projects, mainly in the Copenhagen area. Between 1925 and 1928 Fisker was responsible for the design of several highly influential modernist silver objects for Anton Michelsen.

The designs had very considerable influence on later silverwork in Denmark. Over the next decades Michelsen continued to employ noted architects (including Denmark's most famous architect: Arne Jacobsen) as designers of silver tablewares, and following Fisker's lead, they were responsible for introducing innovative forms into the company's products.

It was not until after 1930 that the better-known Danish firm Georg Jensen took the modern approach that Fisker and Michelsen had pioneered. 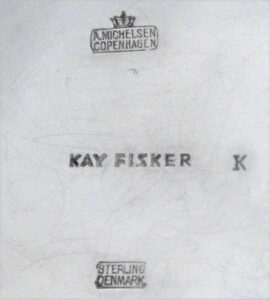 Pitcher is in very good condition, some minor scratches and marks consistent with age and use.