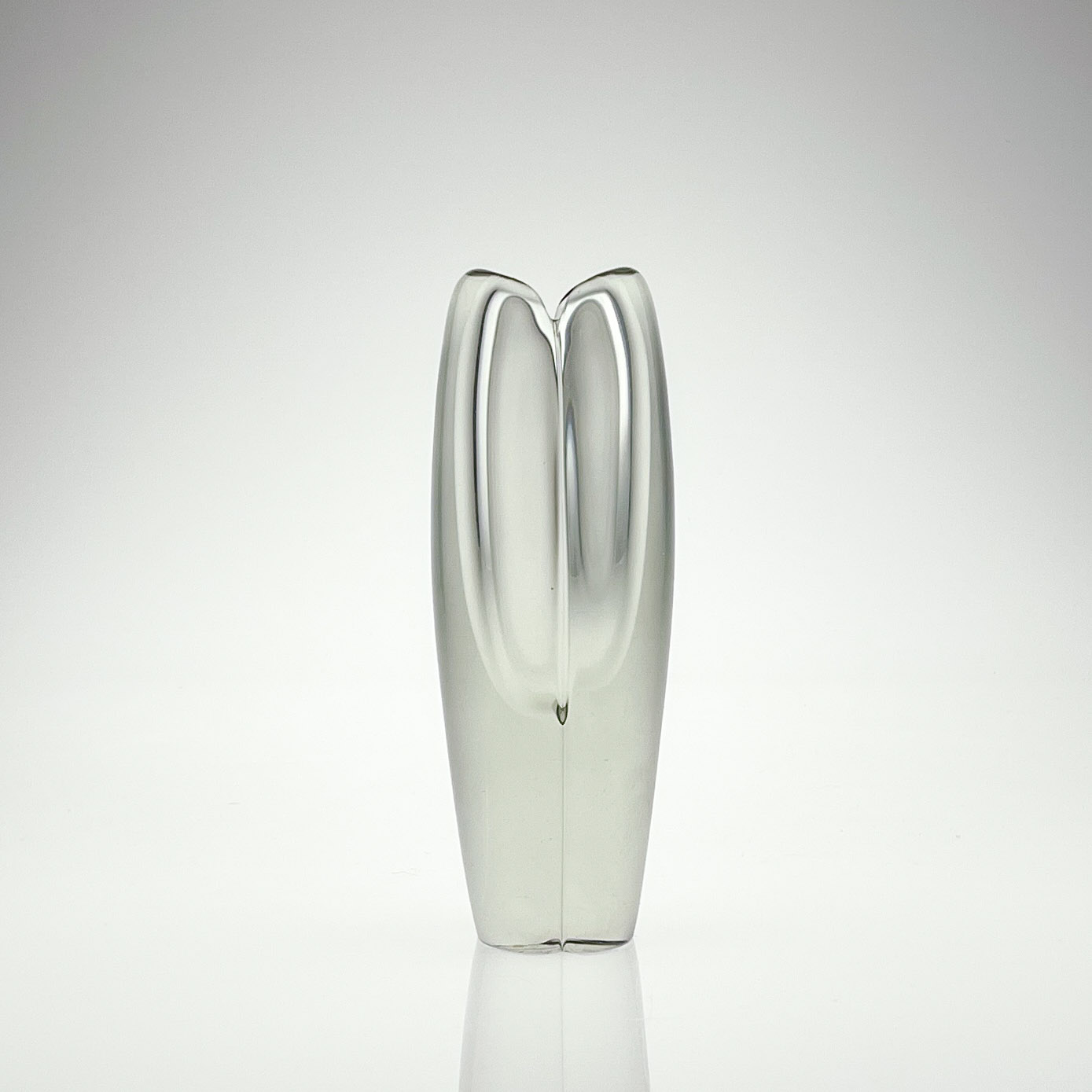 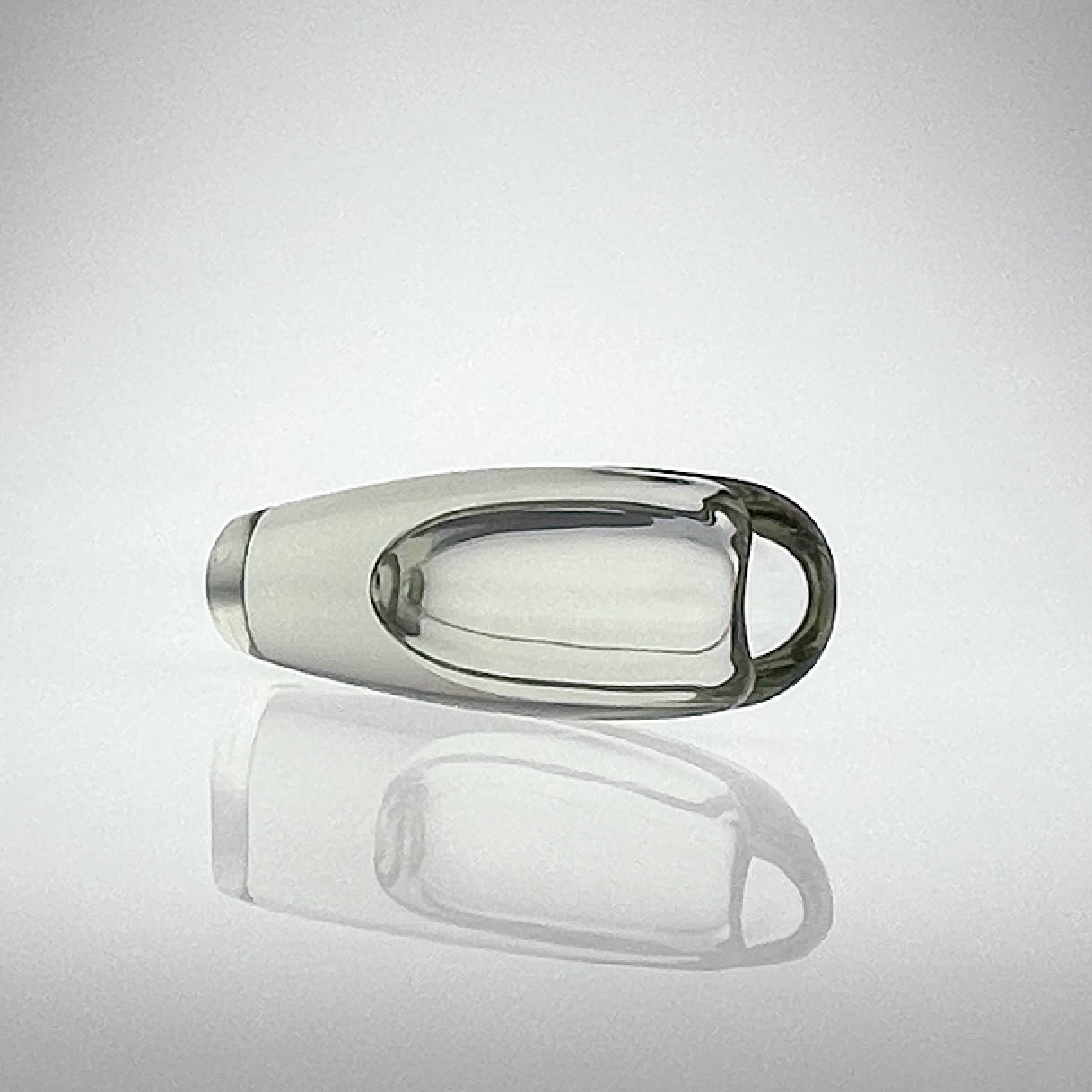 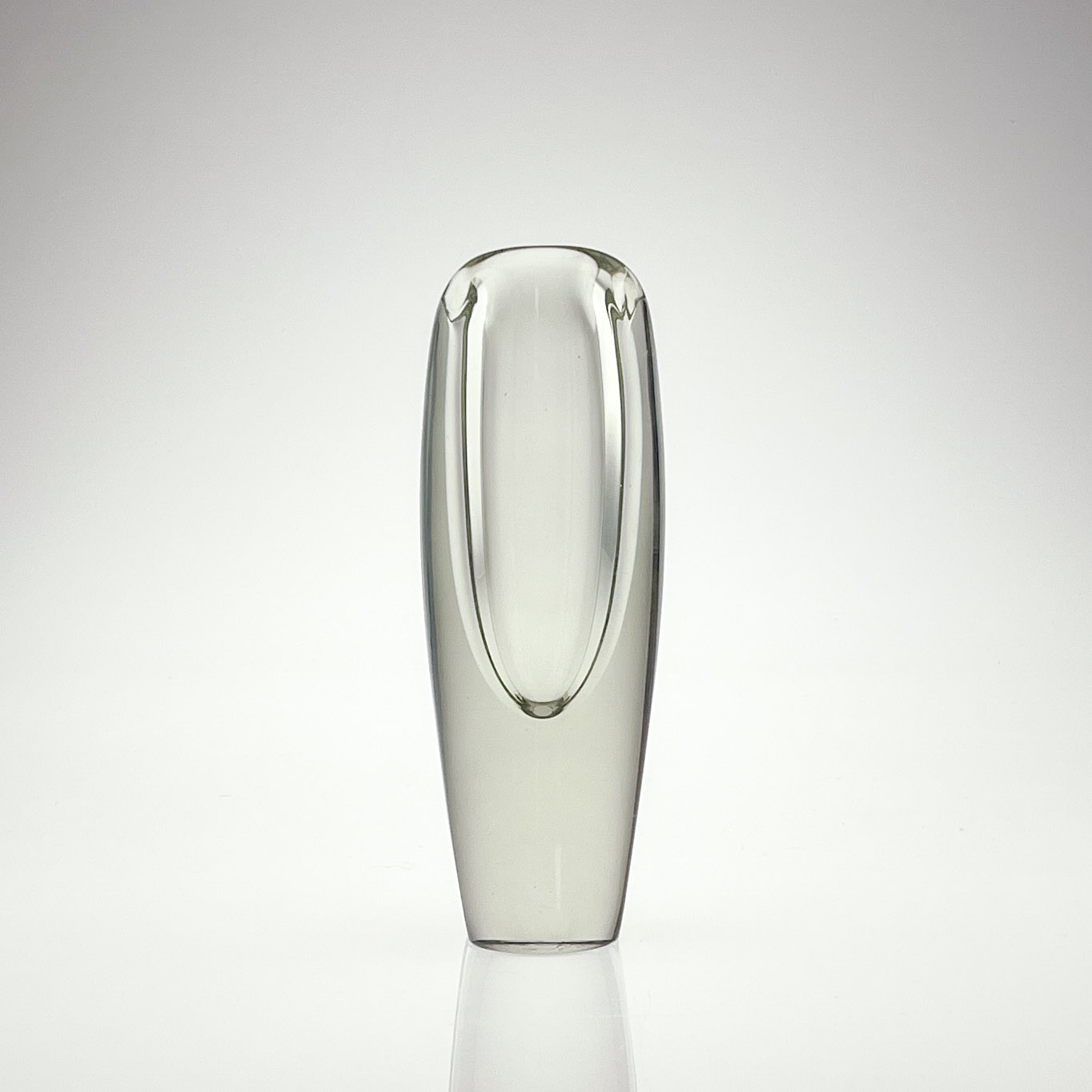 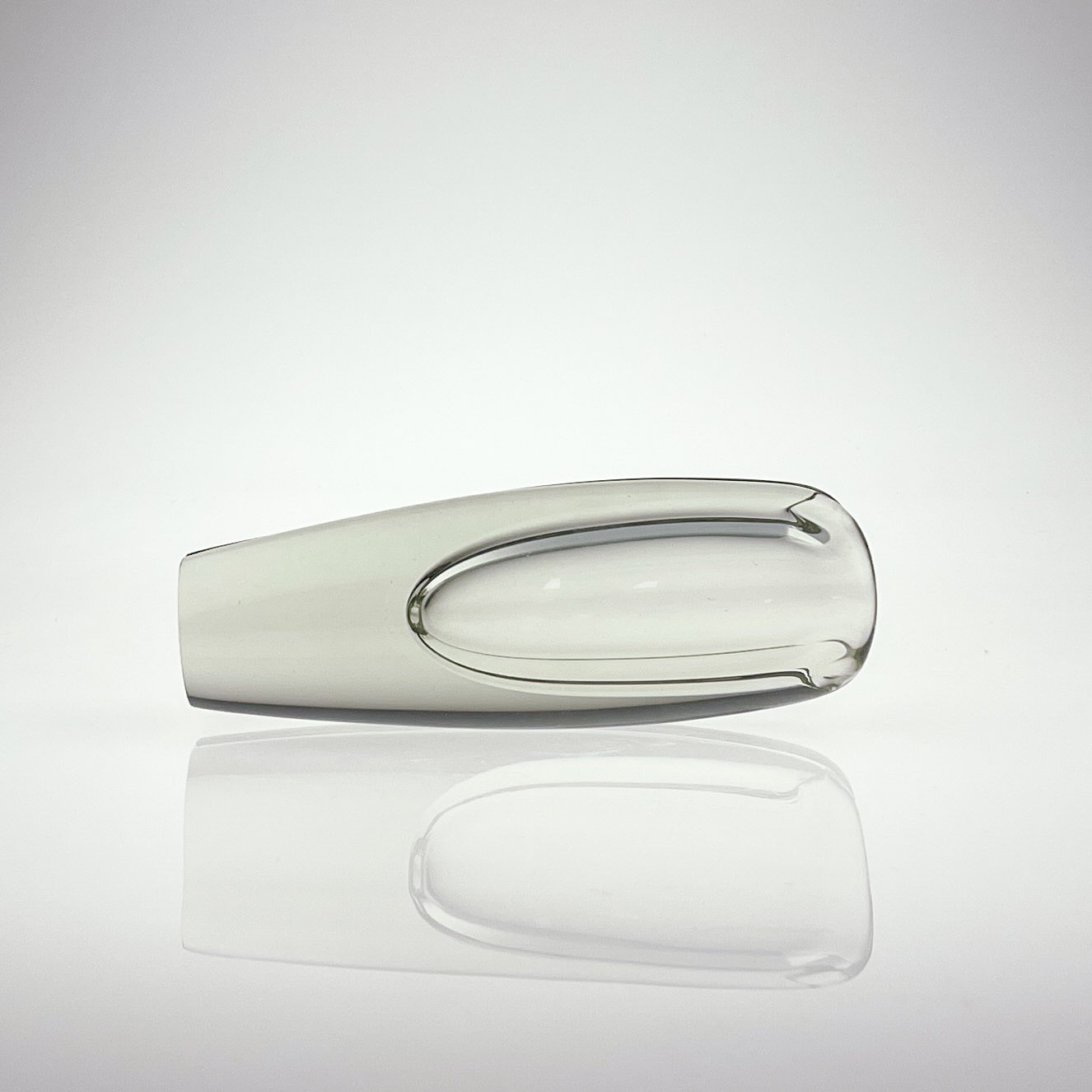 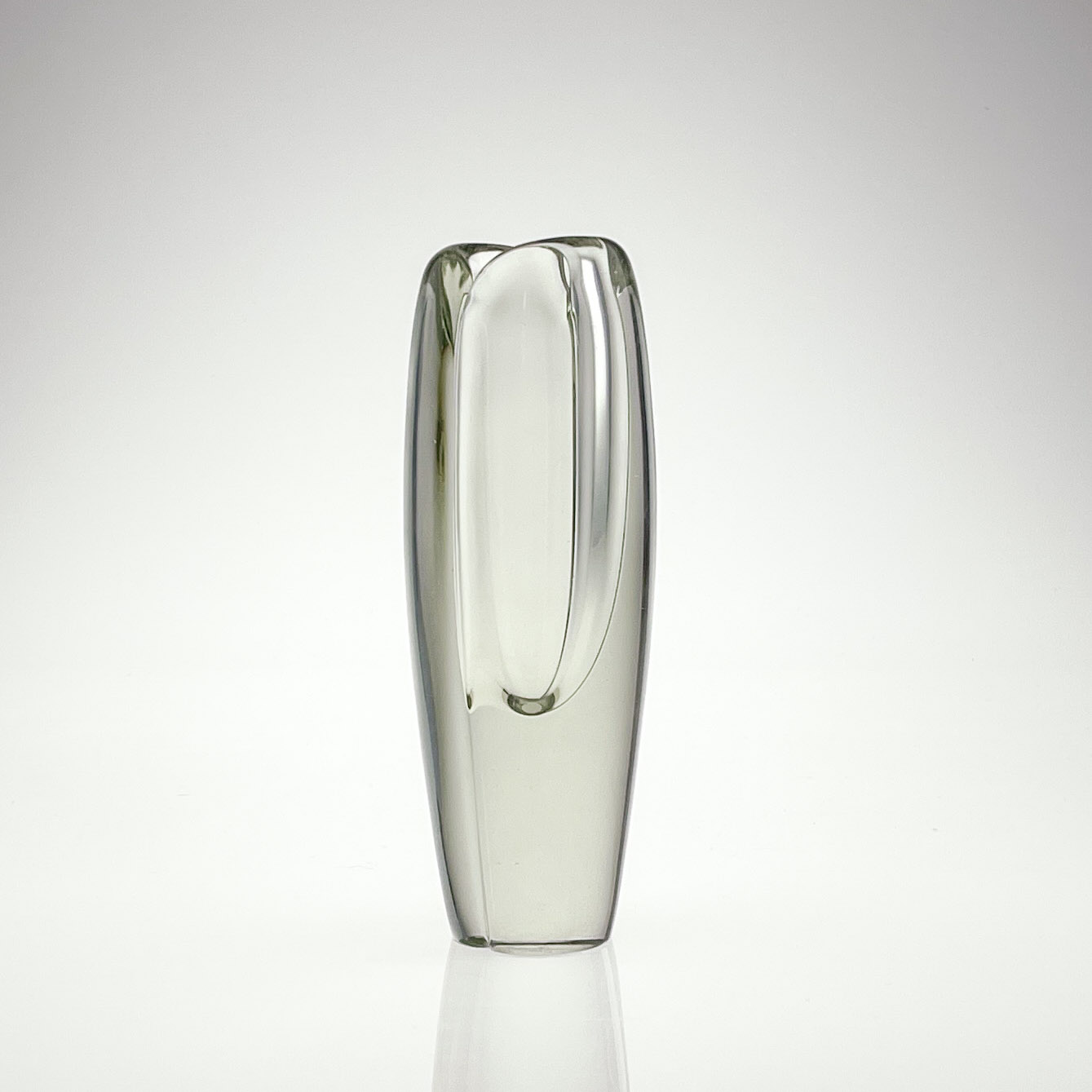 A freeblown and flared clear glass artglass object, model KF106. Designed by Kaj Franck in 1951 and executed by the Nuutajärvi-Notsjö glassworks in 1961.

These "Usva's" were made between 1951 and 1964 in four variants and four sizes. This being a largest sized clear example. 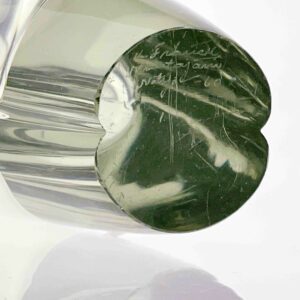 This "Usva" is in good vintage condition. Some minor scratches and wear consistent with age and use. No chips or cracks.