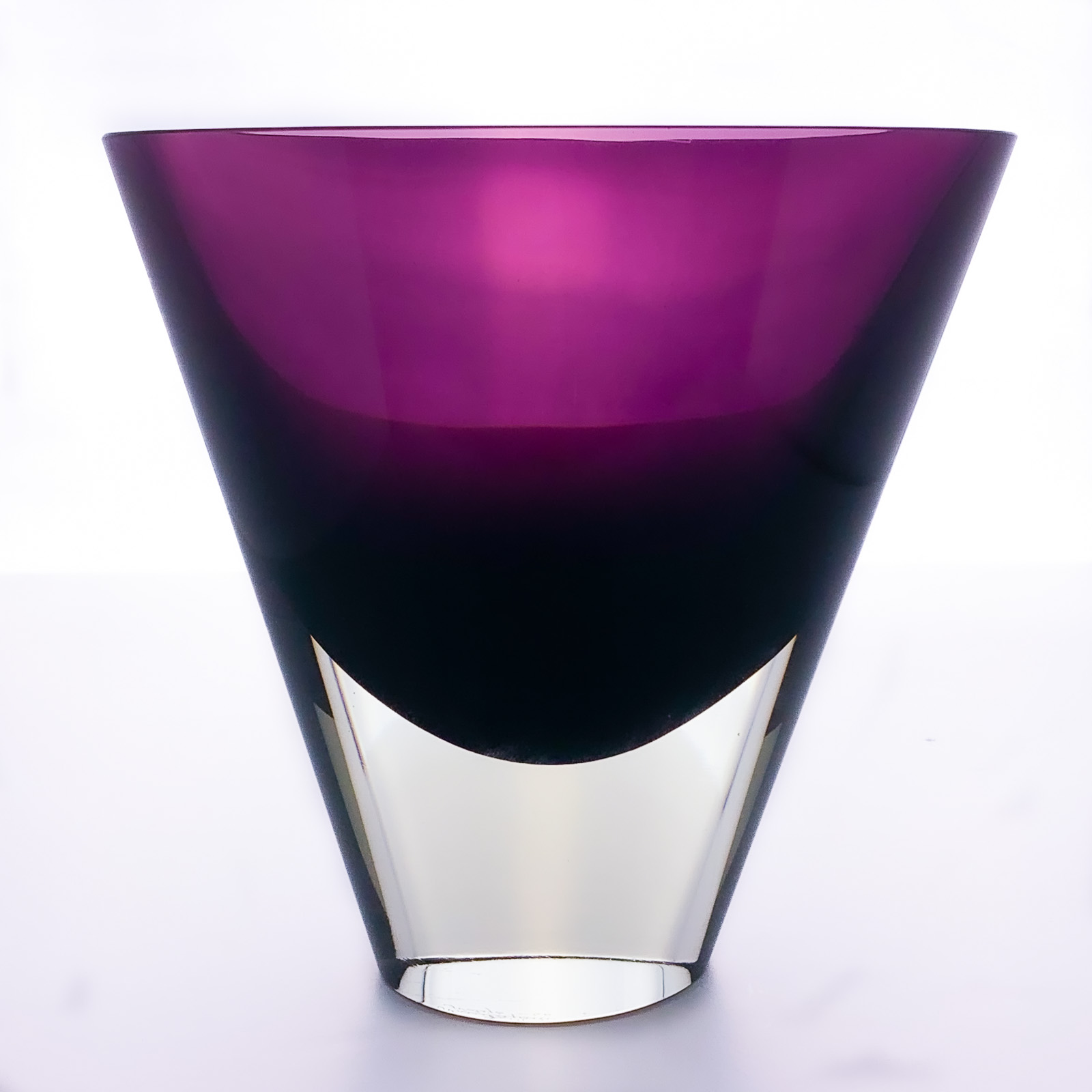 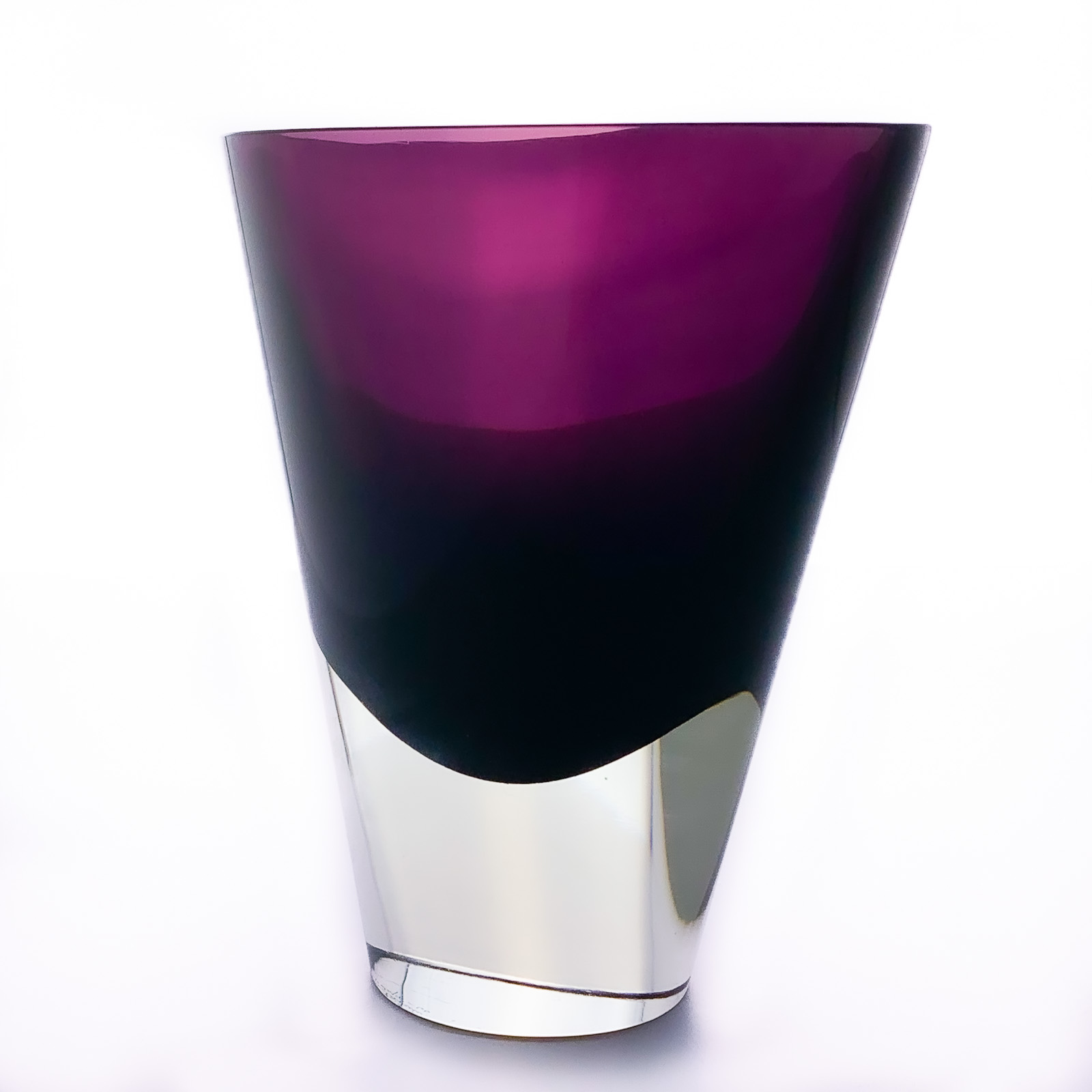 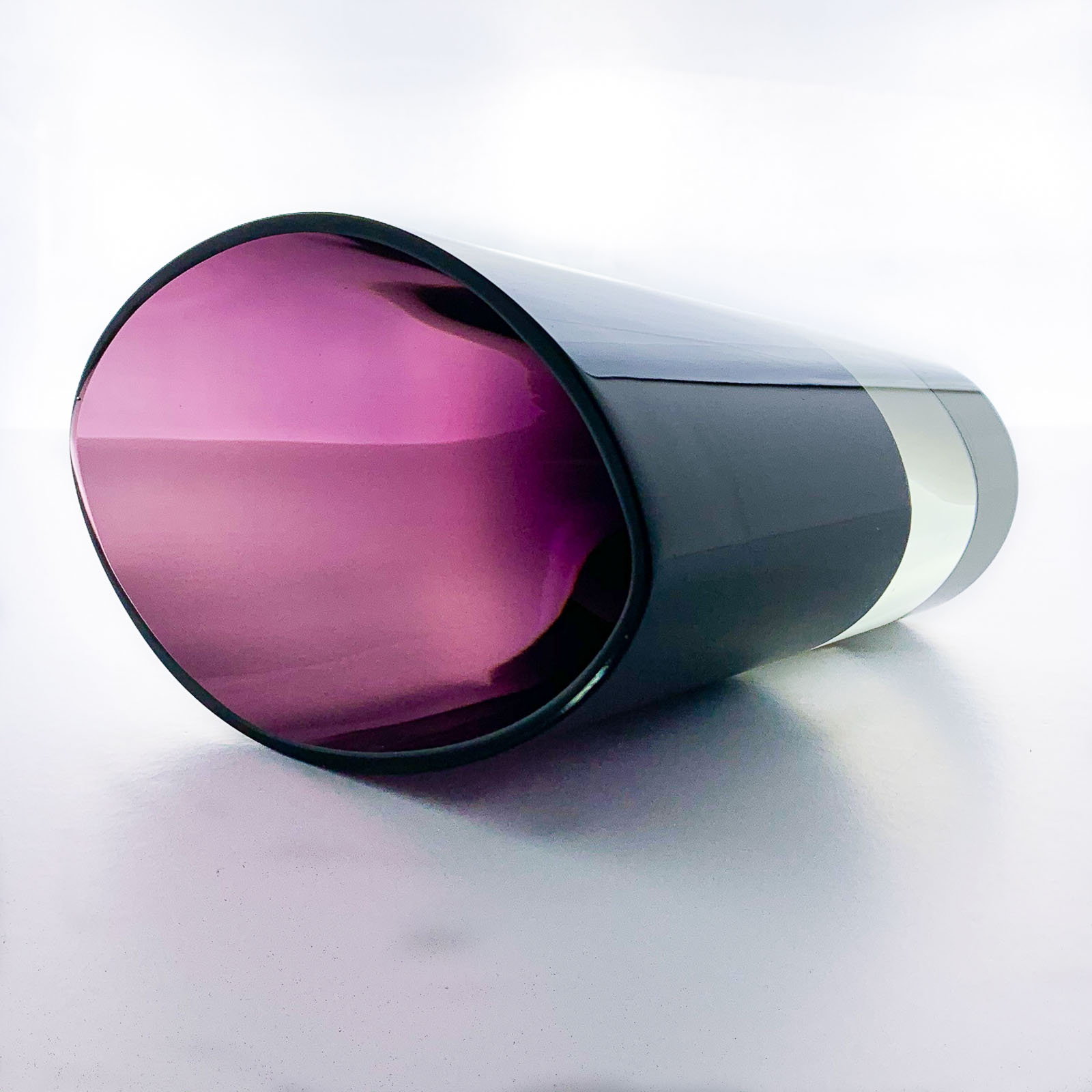 Clear and purple tapered glass Art object / Vase, with oval rim and oval base, model KF 234. Executed by the Nuutajärvi-Notsjö glassworks in 1960.

The vase is in excellent condition and is marked in diamond-pen underneath the base. 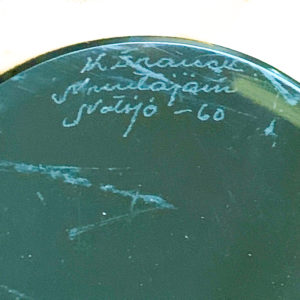