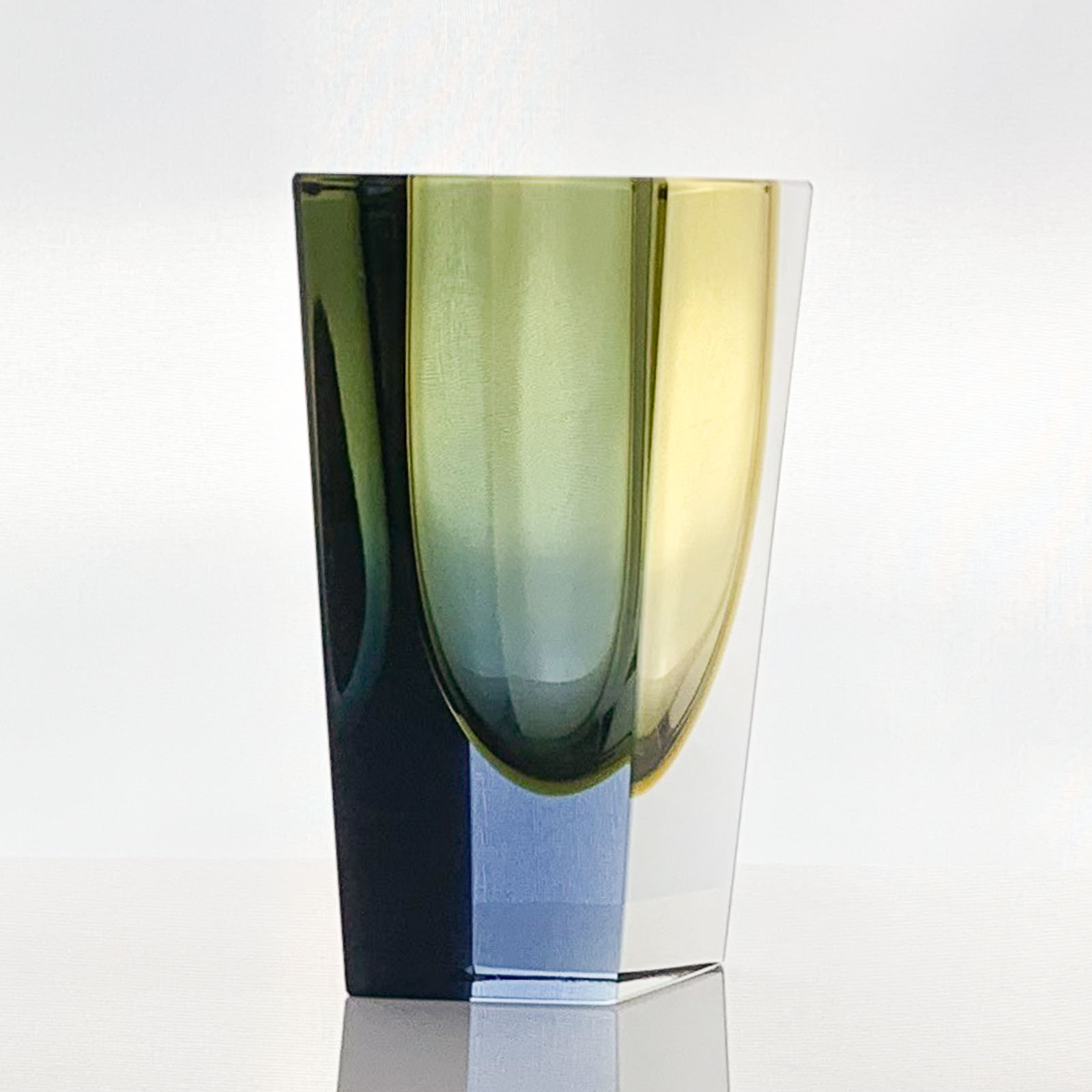 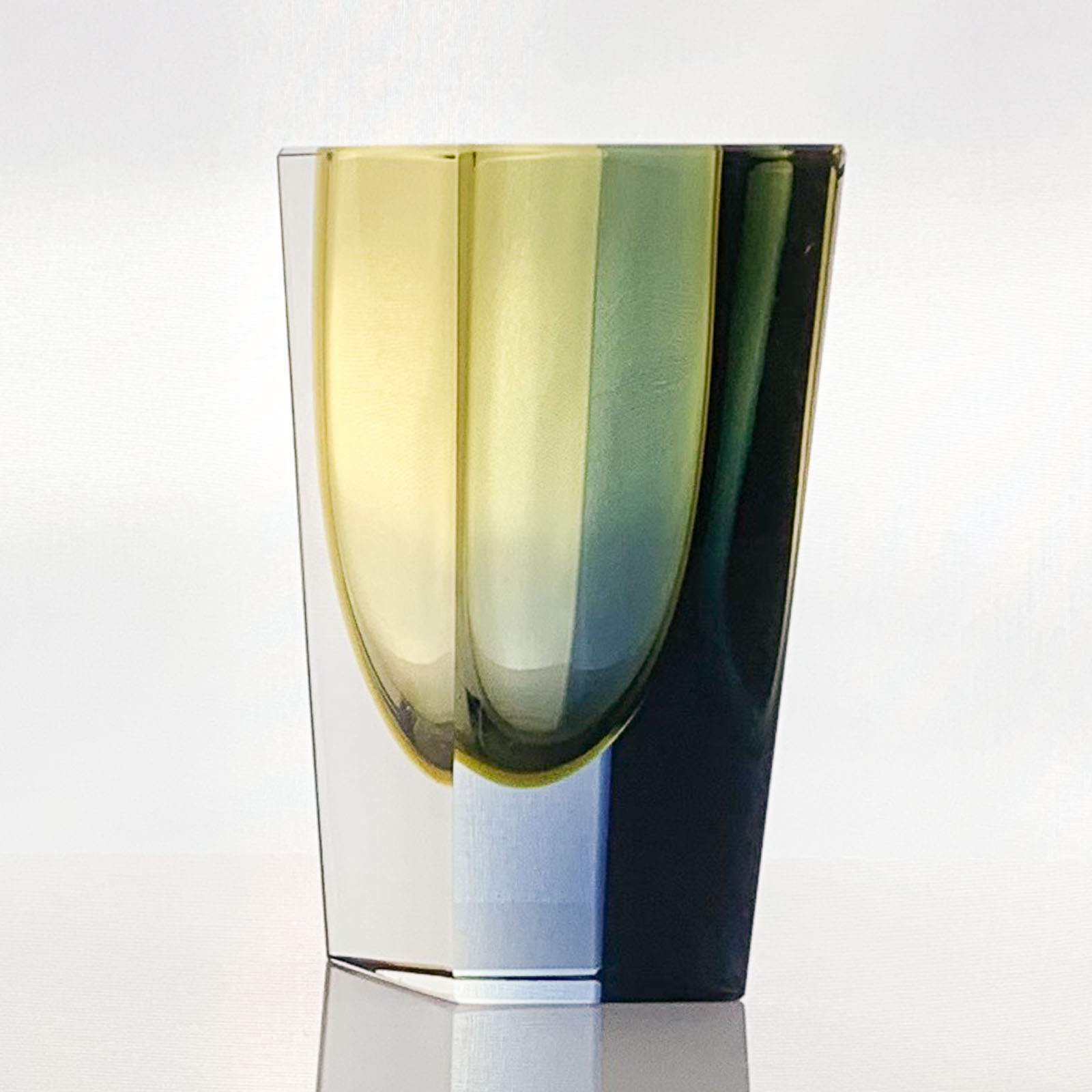 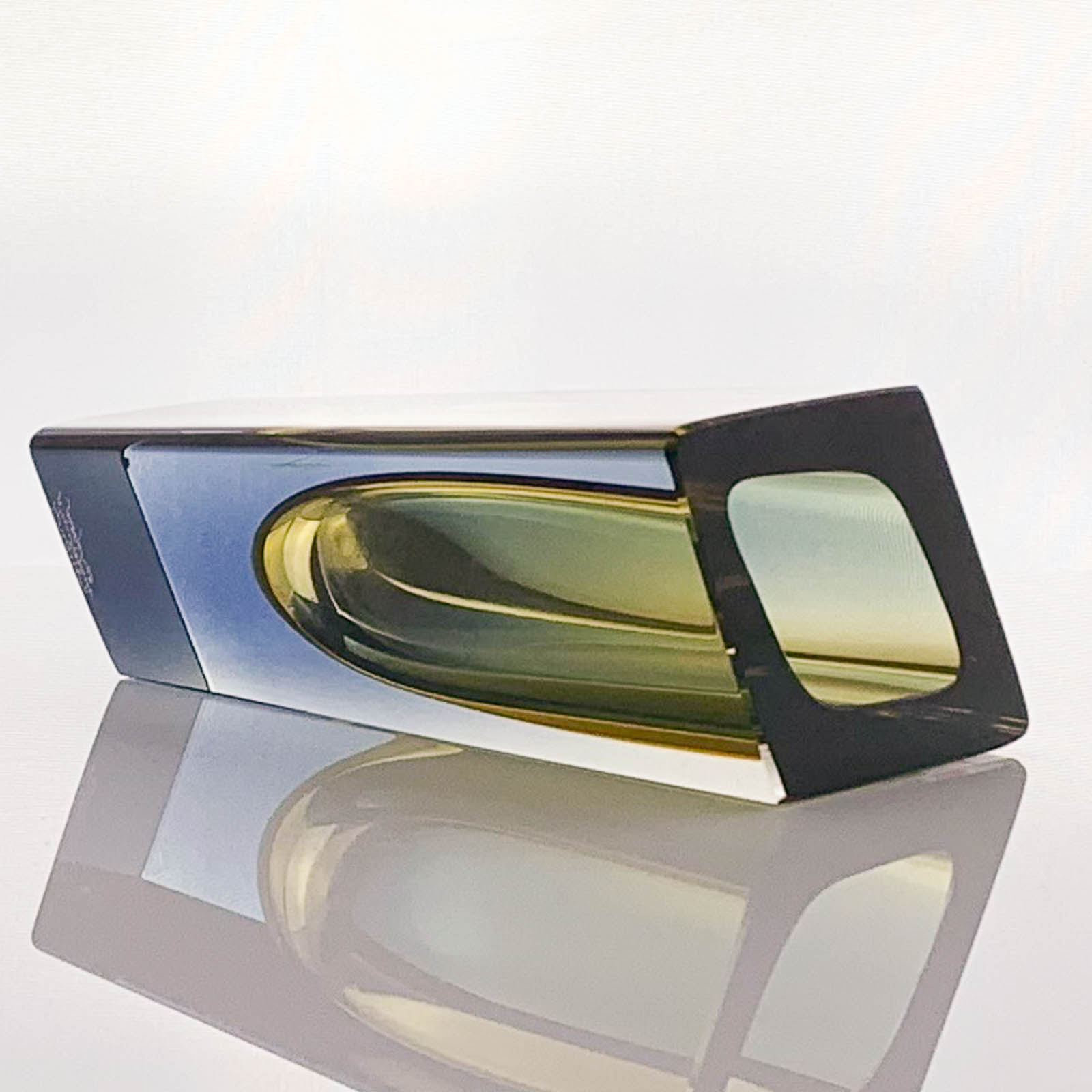 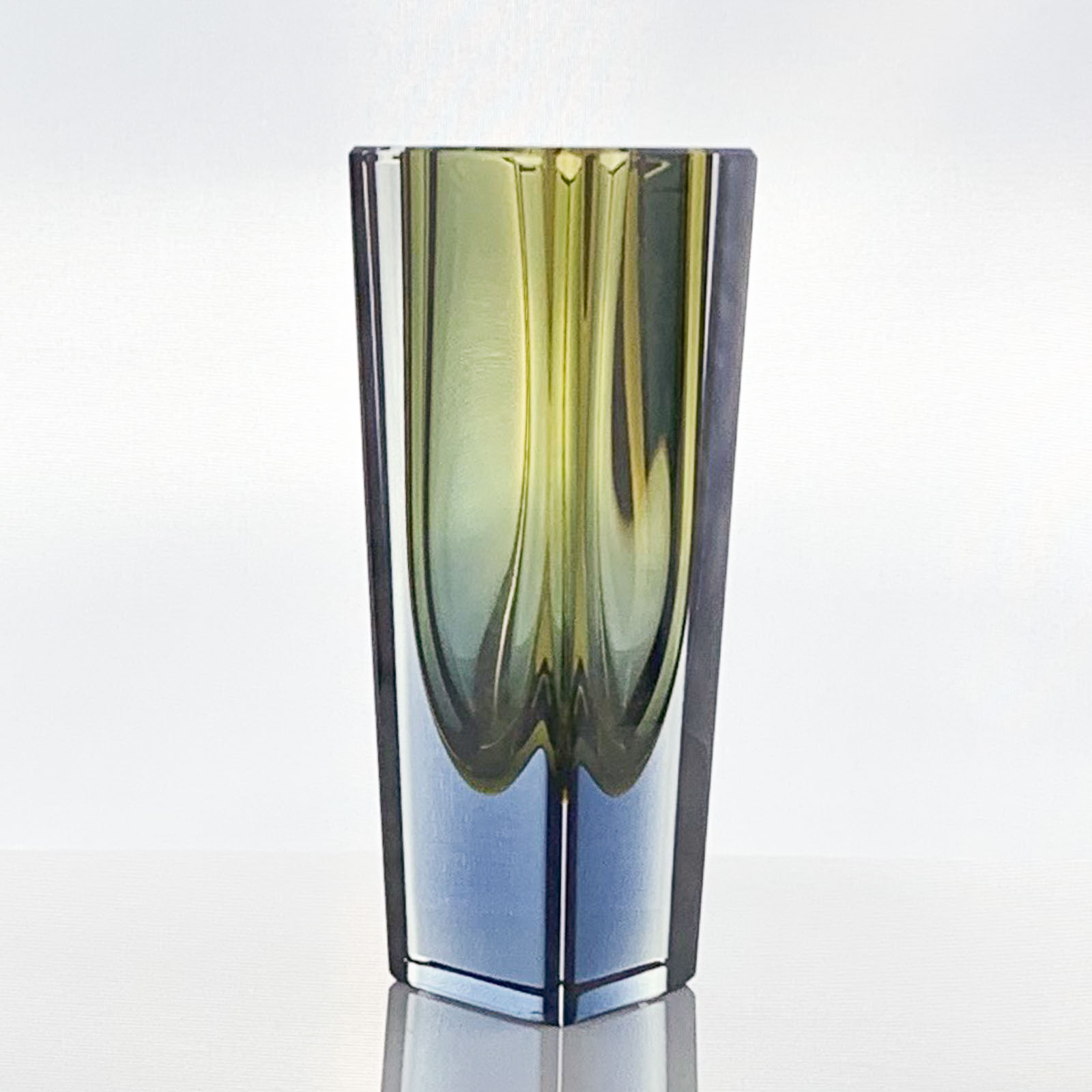 A free blown, cased glass, facet cut art-object “Prisma”, model KF 215, in blue, yellow and green hues. Designed by Kaj Franck in 1953 and executed by the Nuutajärvi-Notsjö glassworks in 1963.

These rare vases were made between 1954 and 1968 in four different sizes. This being a small-medium sized example. Our "Prisma" is in excellent condition and is fully marked in diamondpen underneath the base.