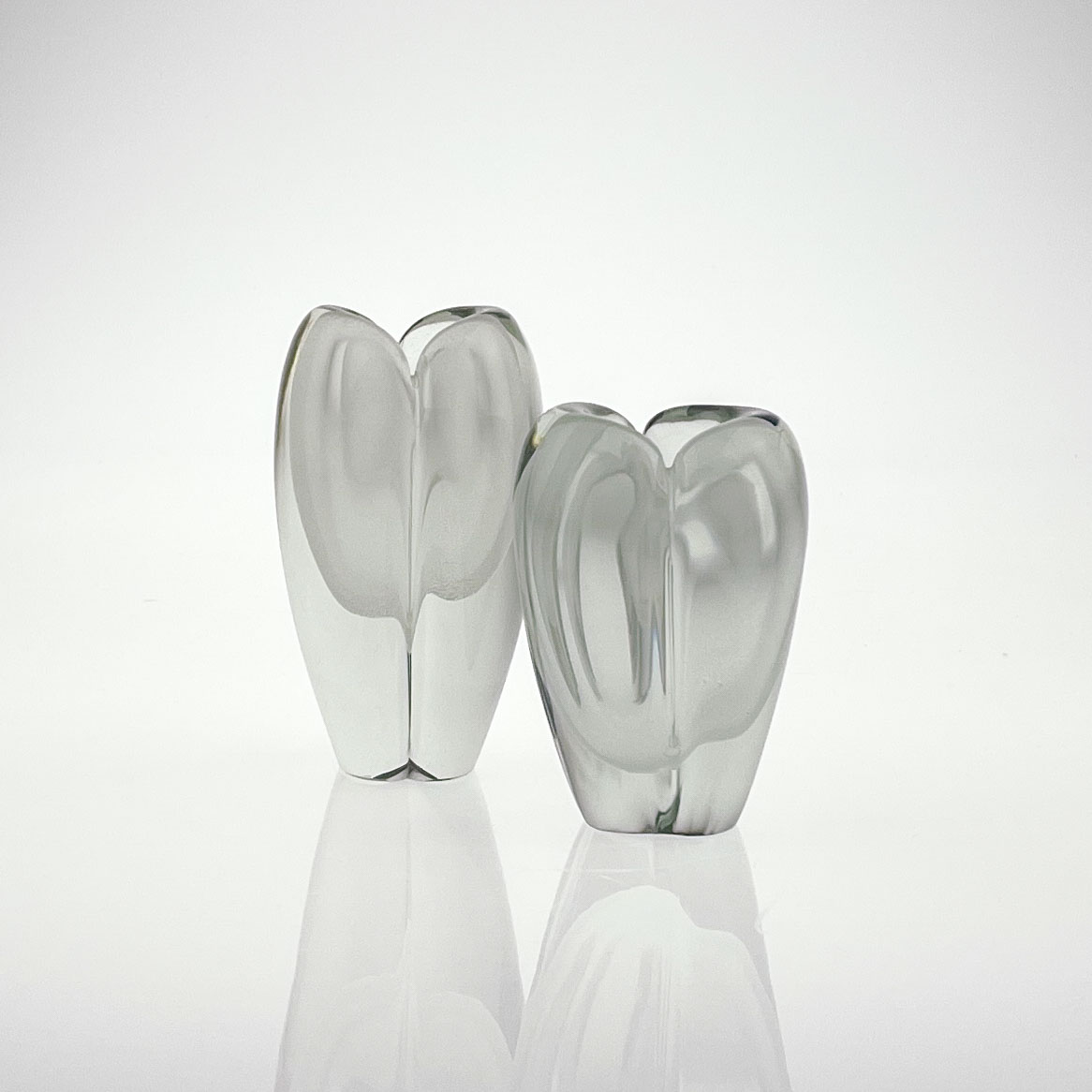 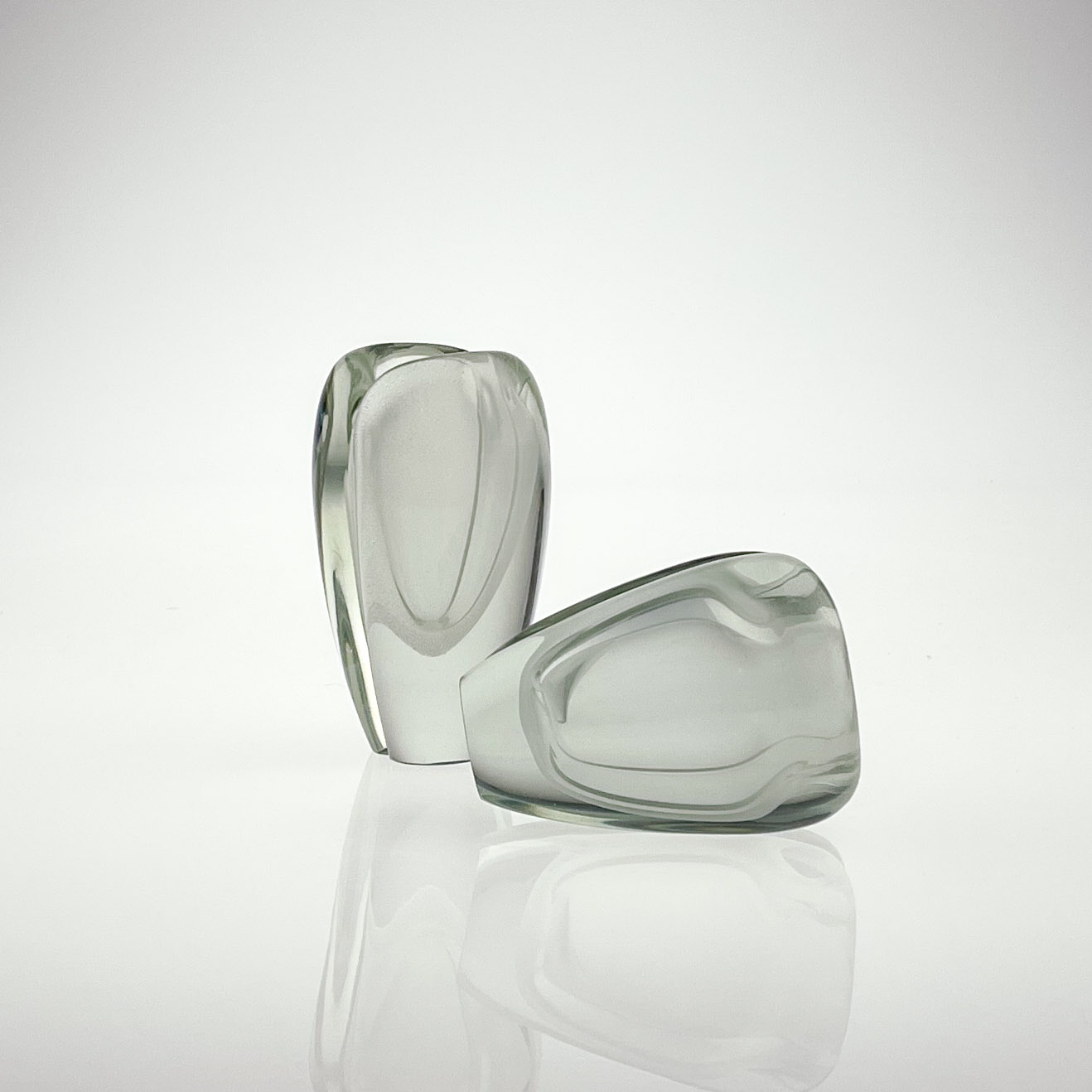 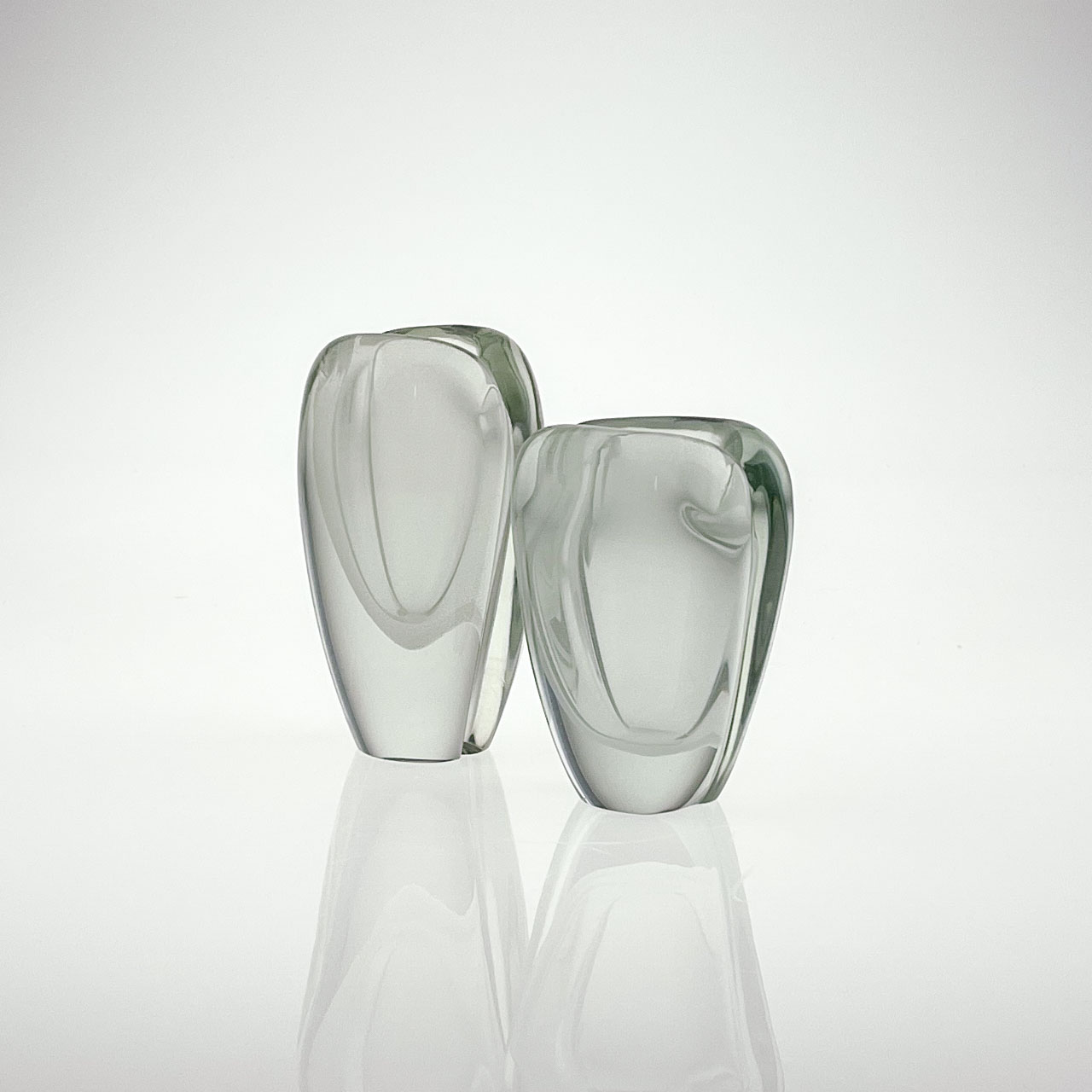 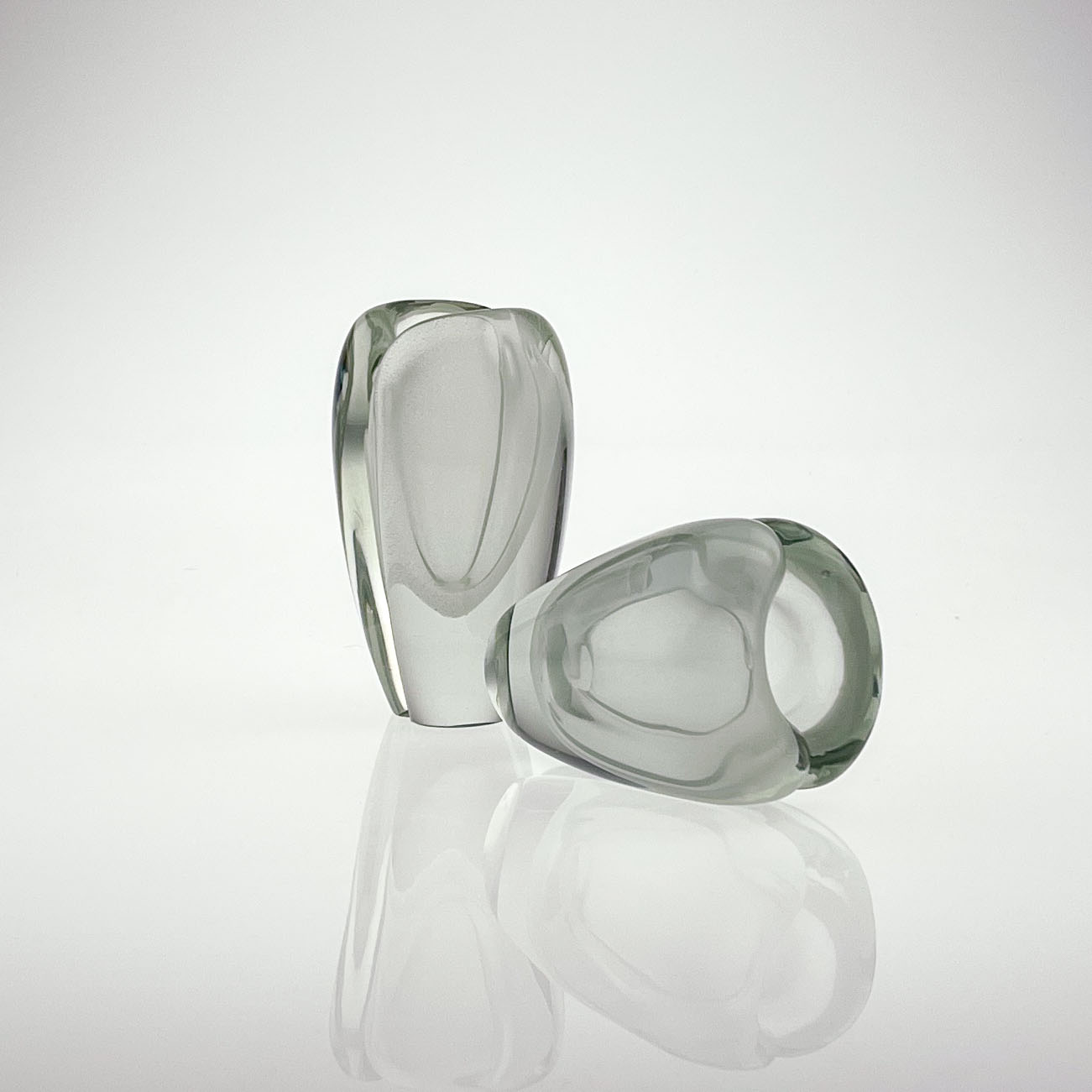 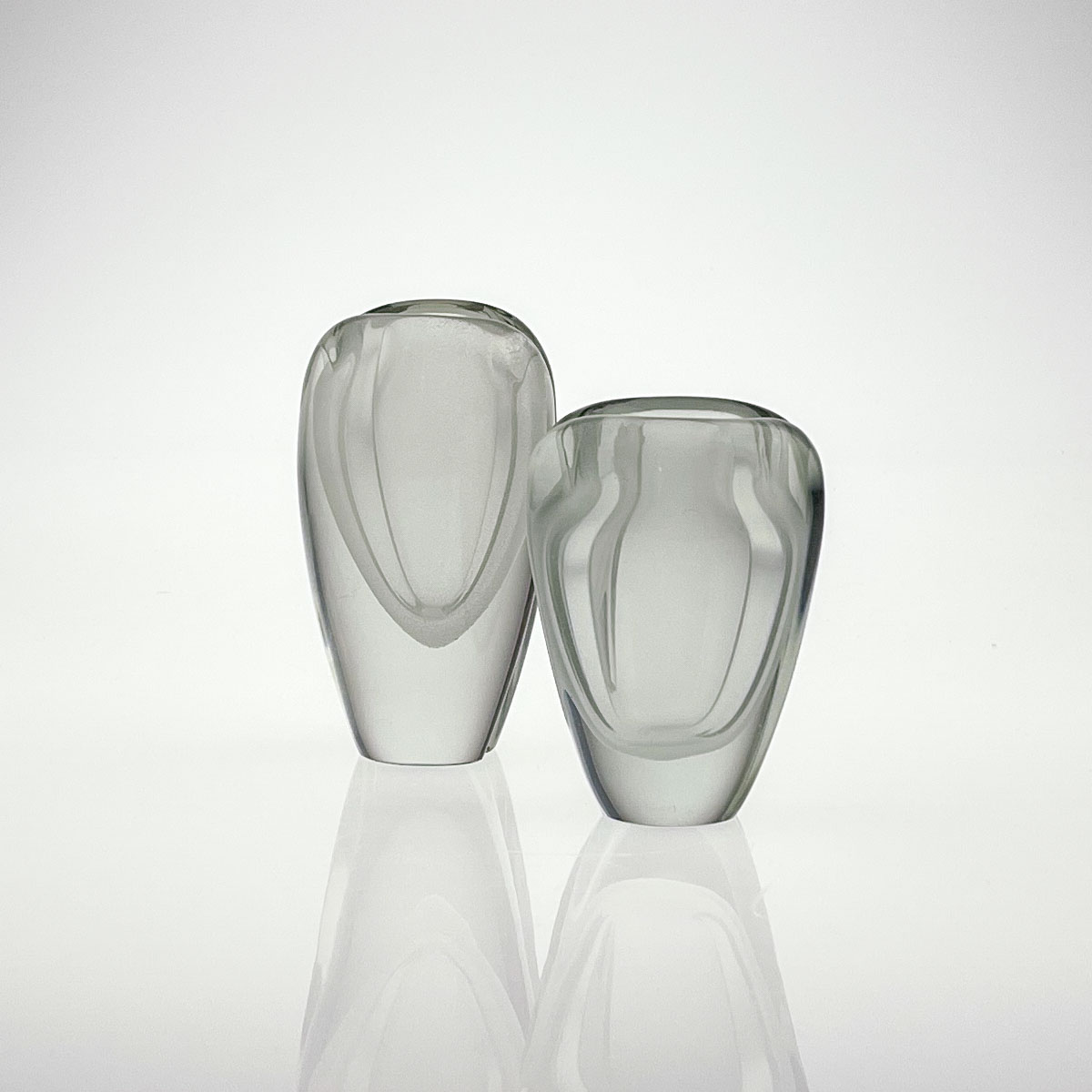 Freeblown and flared clear / opaque  artglass objects, model KF106. Designed by Kaj Franck in 1951 and executed by the Nuutajärvi-Notsjö glassworks in 1950's.

They are both signed. One is acid signed and the other is signed and dated in diamondpen underneath the base. 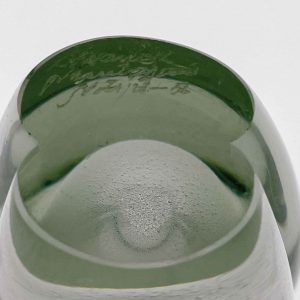 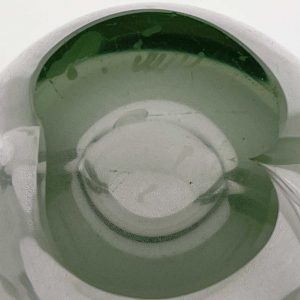 These "Usva's" are in good vintage condition. Some minor scratches and wear consistent with age and use. No chips or cracks.