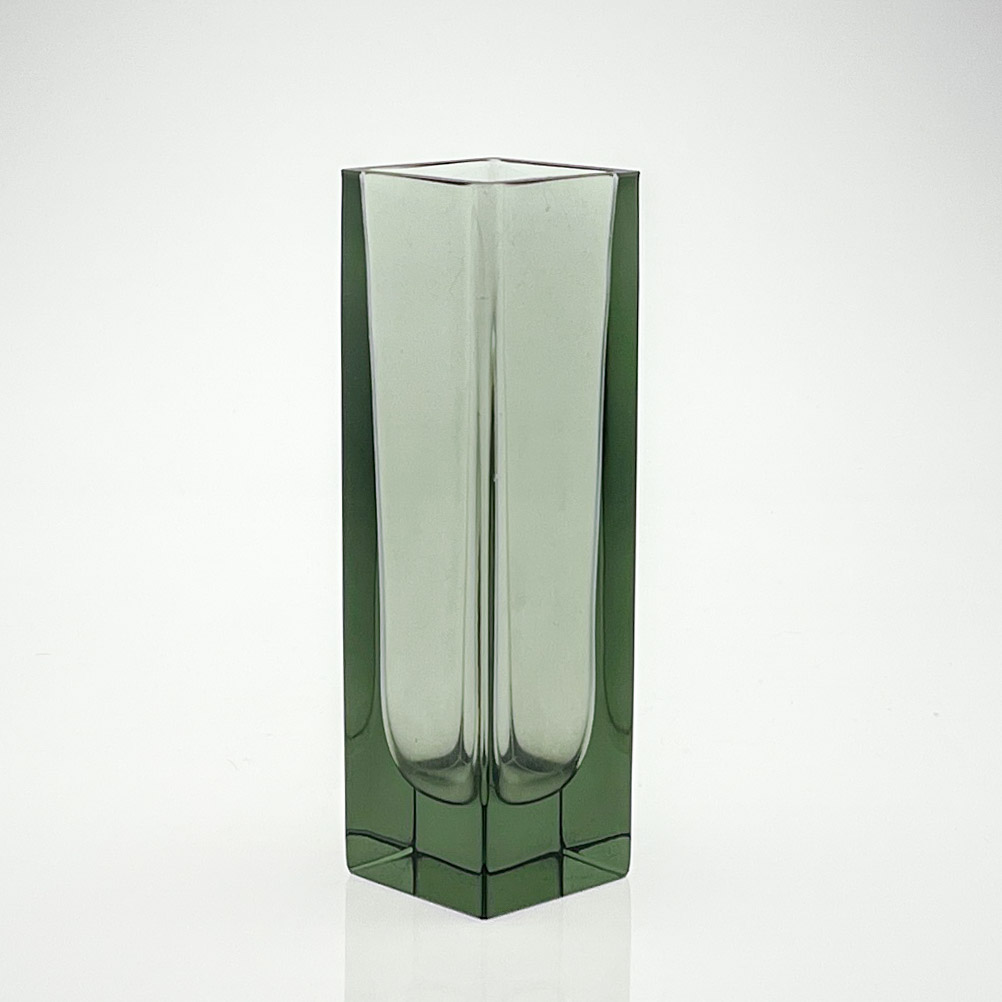 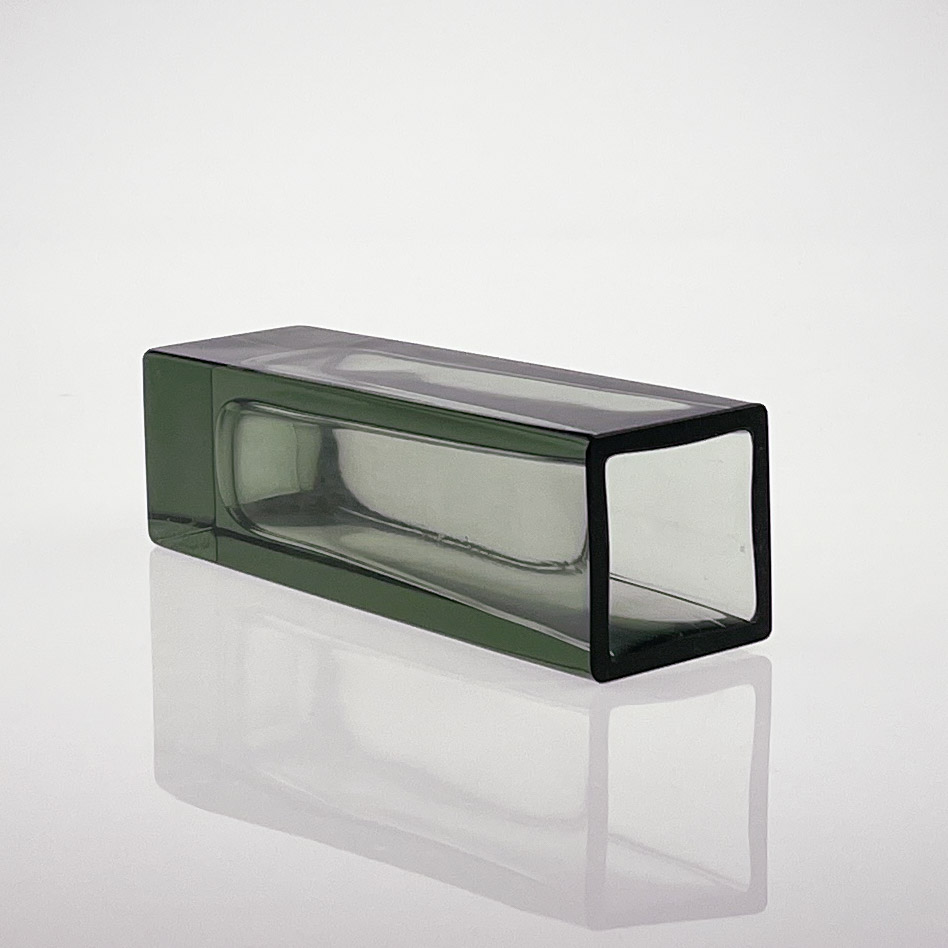 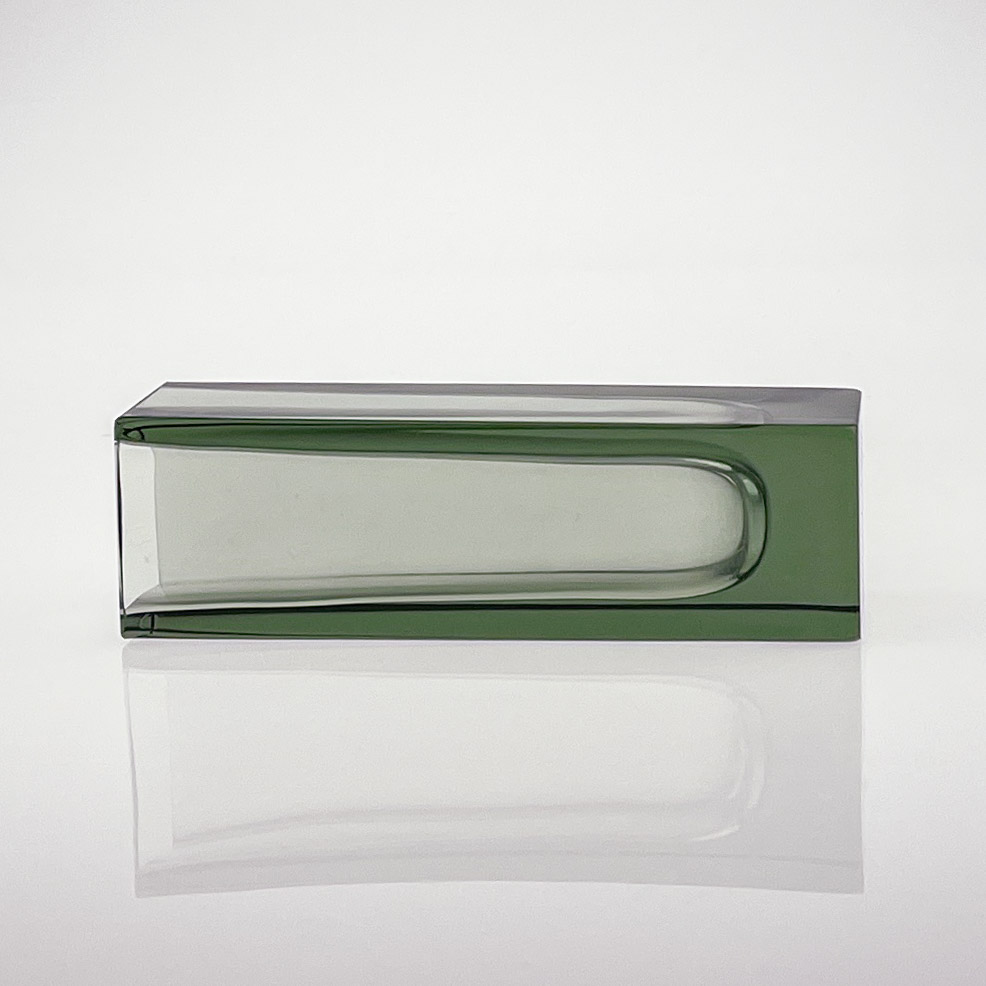 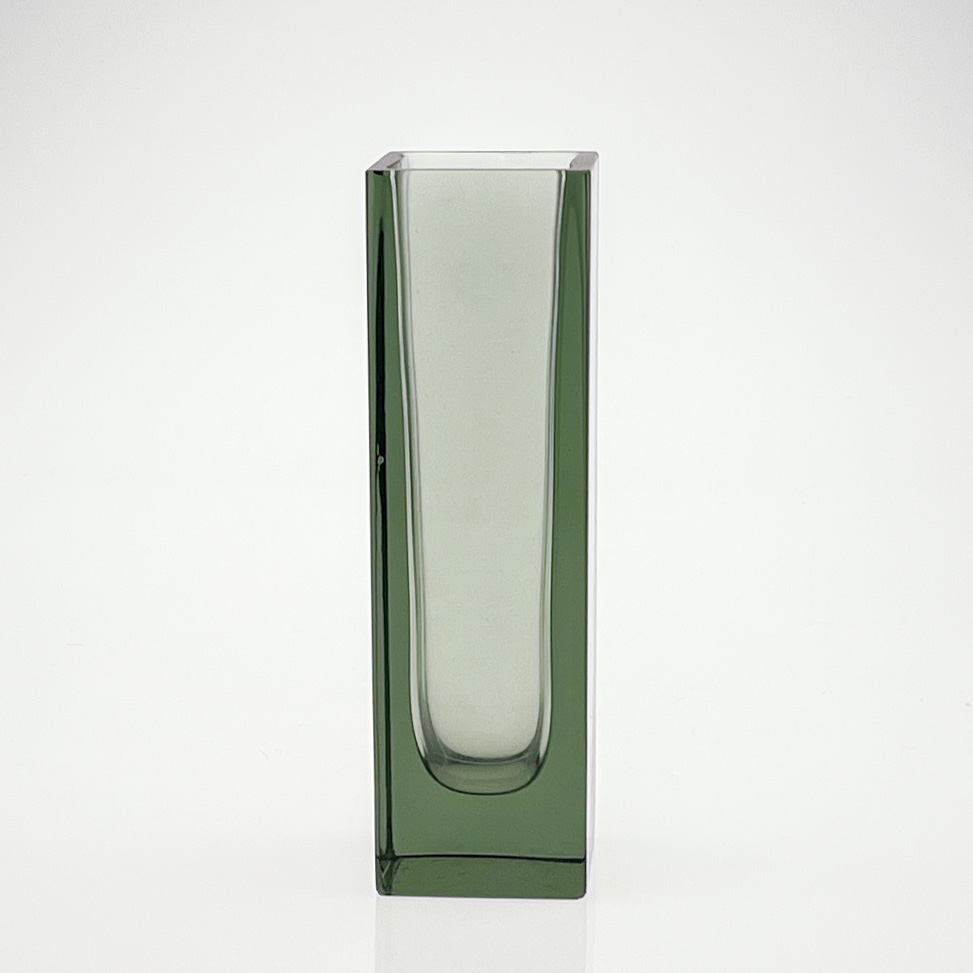 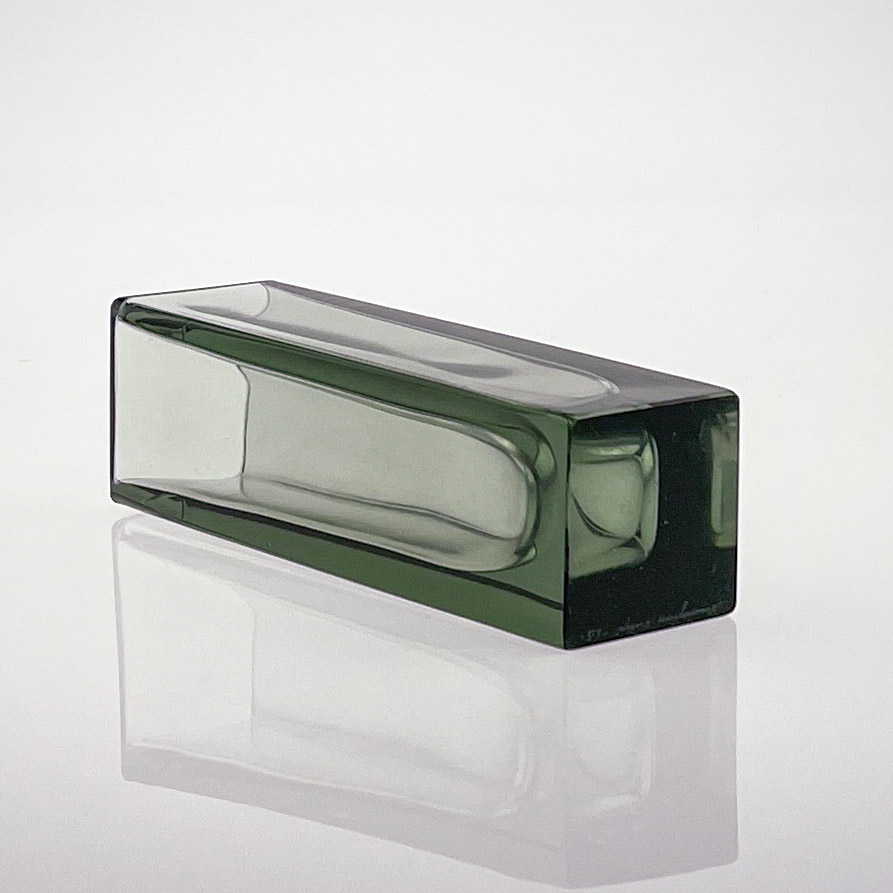 A grey-green, turned mould blown and cut artglass object, model KF296. Designed by Kaj Franck in 1960 and executed by the Nuutajärvi-Notsjö glassworks in 1965.

These art-objects were made between 1960-1961 and 1964-1971. The first production period the KF296's were made in clear glass with an encased coloured interior. In the second period they were made in one colour glass. This being all grey-green glass example made in 1965.

It's signed and dated in diamondpen underneath the base: Nuutajärvi-Notsjö '65. In accordance with Kaj Franck's ideas regarding the role of the Artist in the creative process, his designs were - from mid-1960's to the late 1970's - signed with the factory name only. 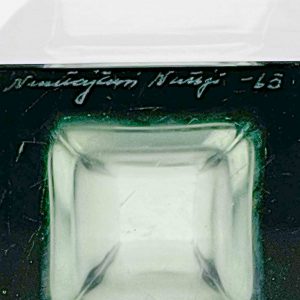 This KF296 is in very good condition. Some minor scratches and wear consistent with age and use. No chips or cracks.